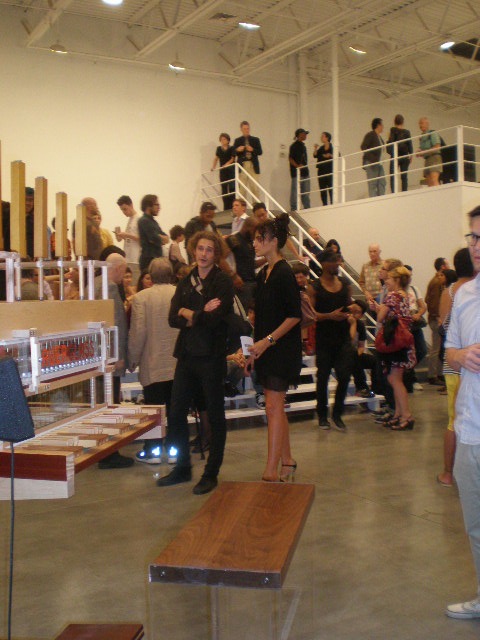 On September 3, 2009 Deitch Projects hosted openings for two shows that will run concurrently till mid October and end of September. In the gallery’s space at 18 Wooster Street an exhibition  of Tauba Auerbach’s works will run through October 17, 2009. Titled “HERE AND NOW/AND NOWHERE” the show is comprised of paintings, sculptures and photographs by the artist. At the center of the gallery is a musical instrument,”Auerglass”, an organ for two. It is conceived by the artist and her friend Cameron Mesirow- a musician from the Glasser band. The organ requires two people to play. Each of the two players gets every other note. An opening Glasser performance will be held on September 11th at Deitch Projects and will be consequently held at 5p.m. for the duration of the show. 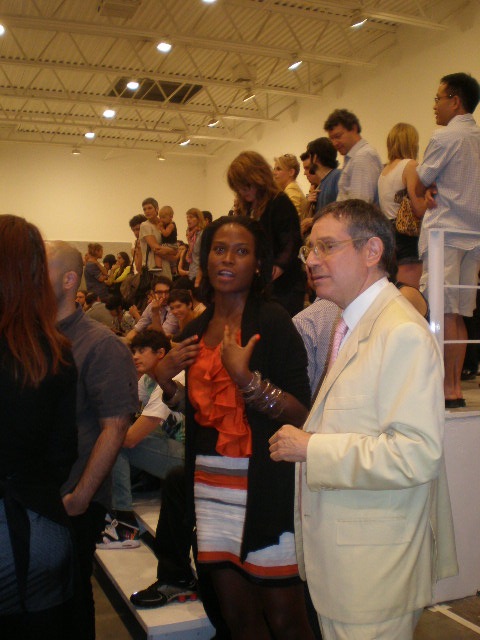 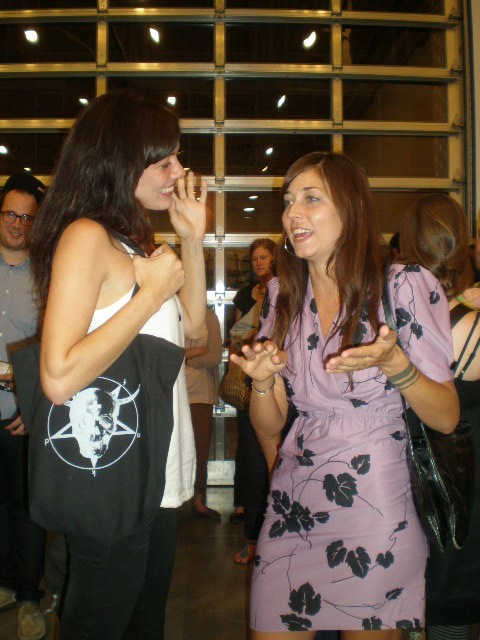 Known for her letter paintings and drawings, Auerbach for her second solo exhibition at Deitch is showing work with new mediums which she exploits in the pursuit of “the collapsing of two conflicting states.”  As a show that examines the concepts of space and its perceptions, order and chaos, linearity of time and defying it- “HERE AND NOW/AND NOWHERE” is challenging to conduct from a curatorial point of view.  The curatorship, hence, seems to be dictated with works as “A sculpture that is half inside the gallery and half inside of it”. 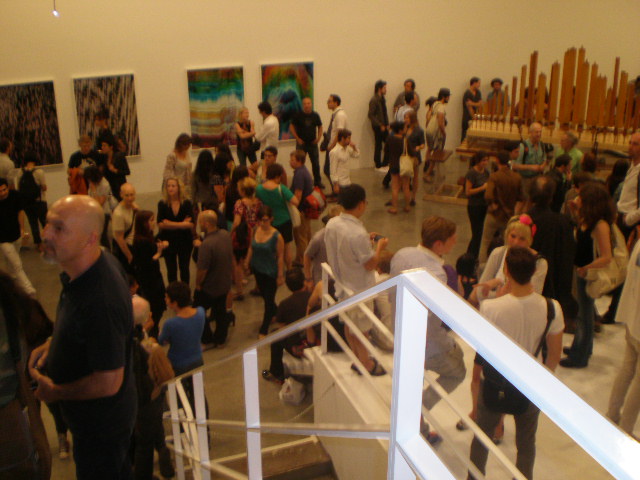 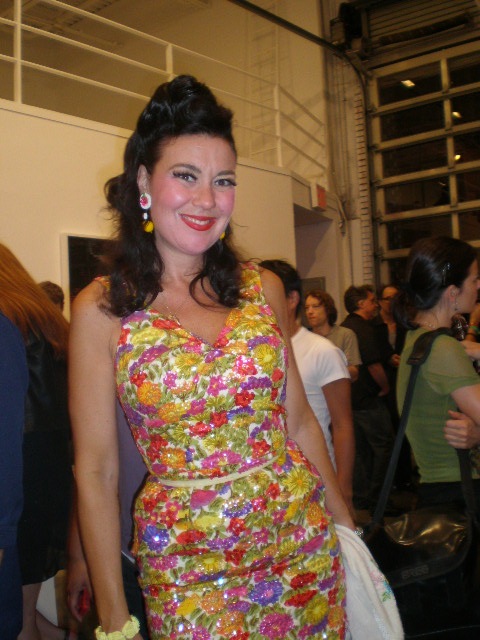 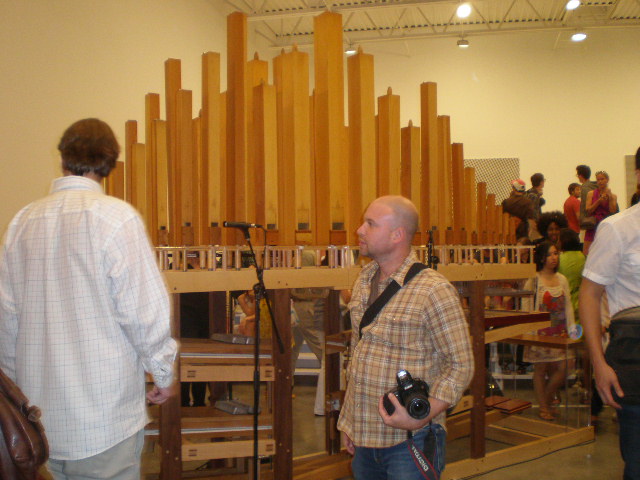 “Auerglass” viewed at the opening at Deitch Projects September 3, 2009 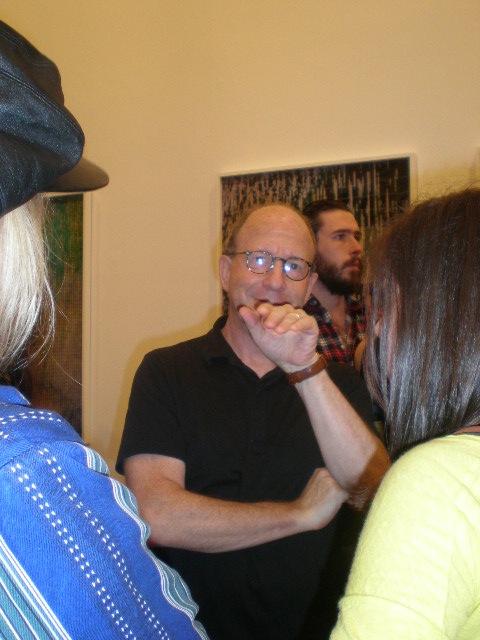 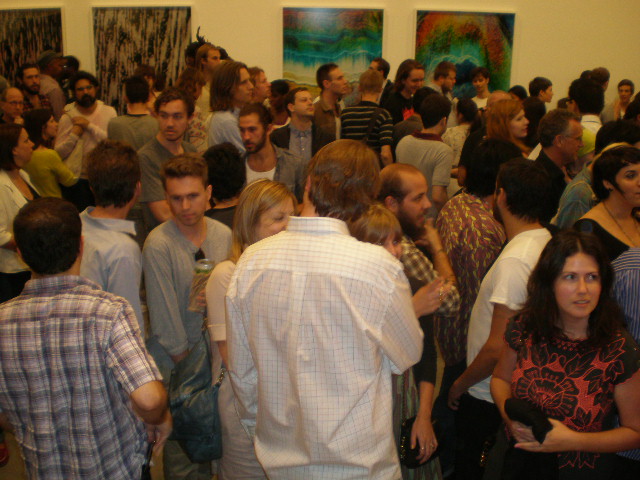 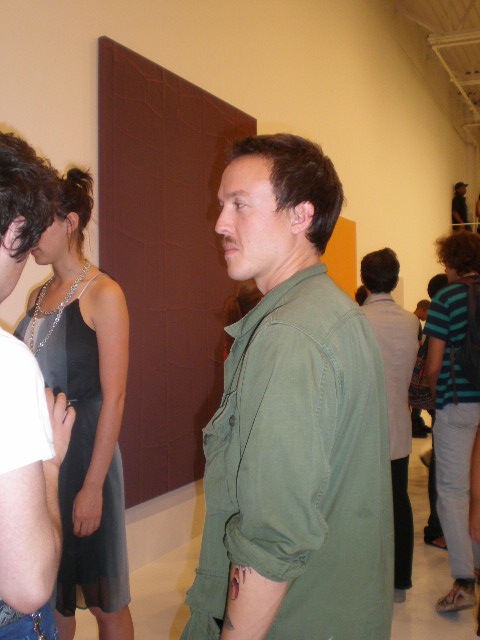 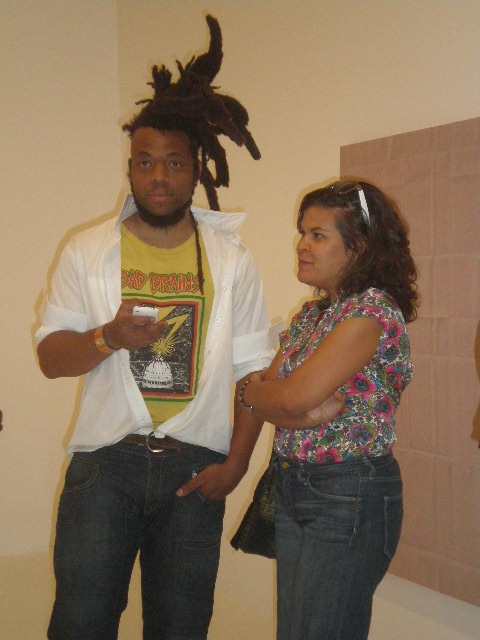 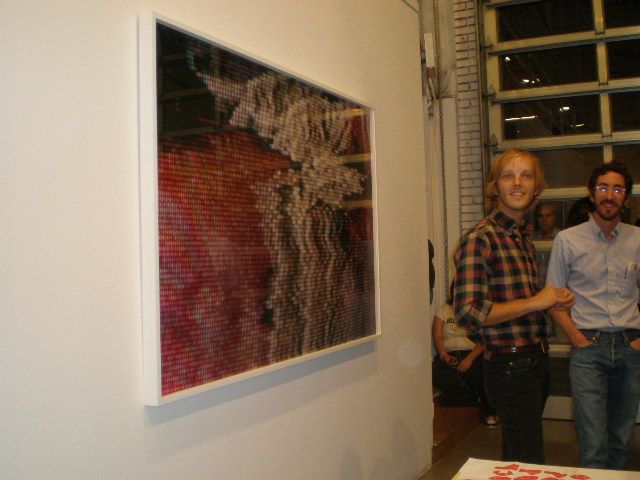 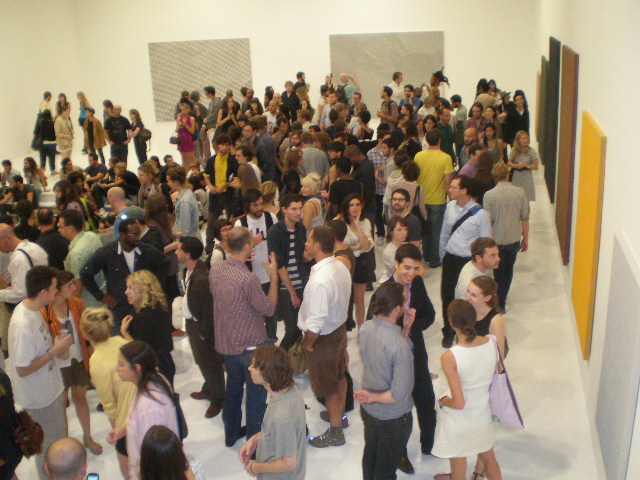 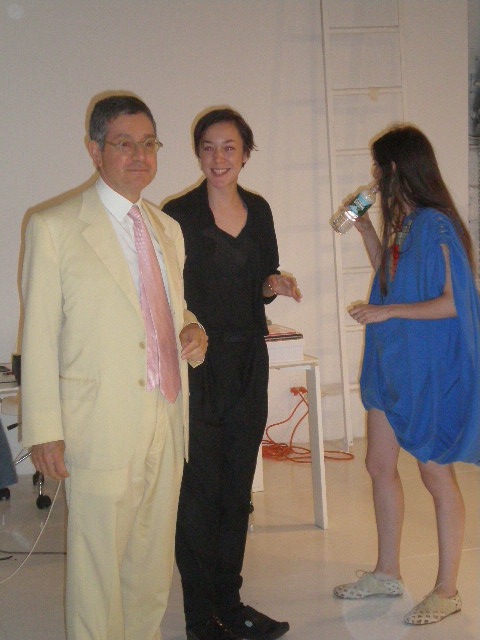 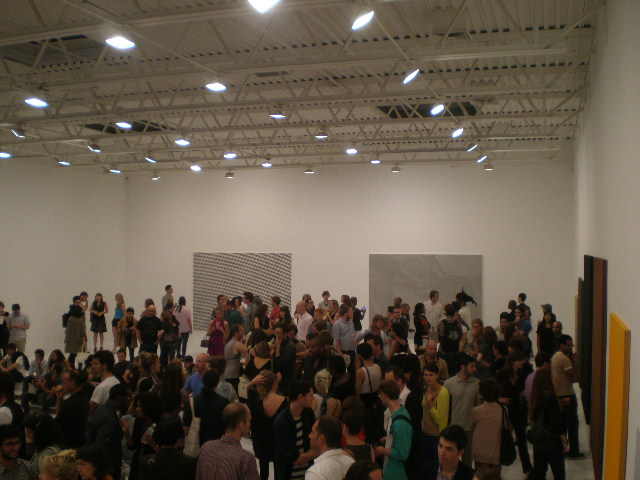 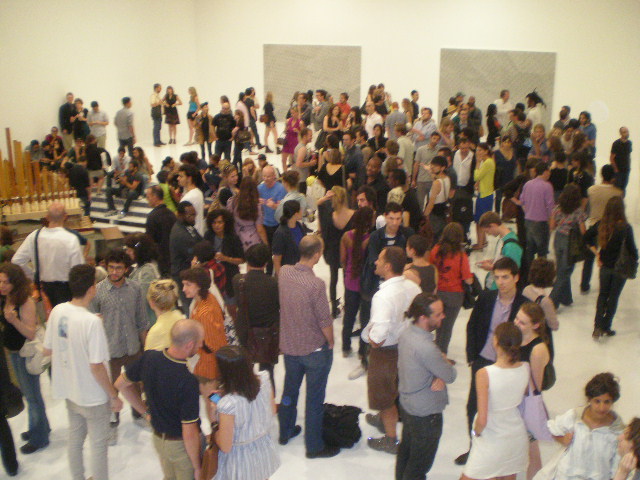 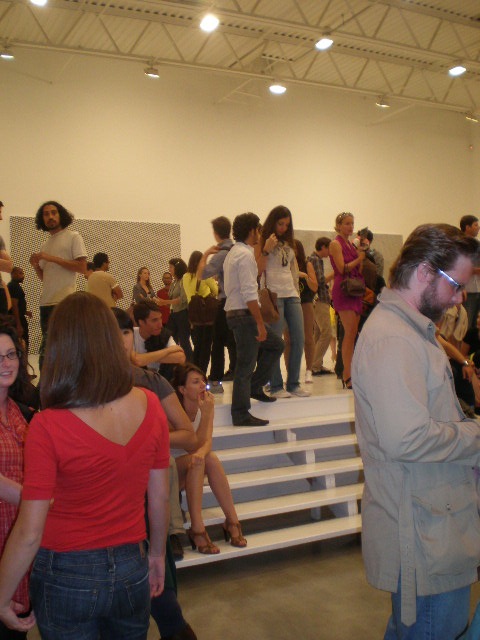 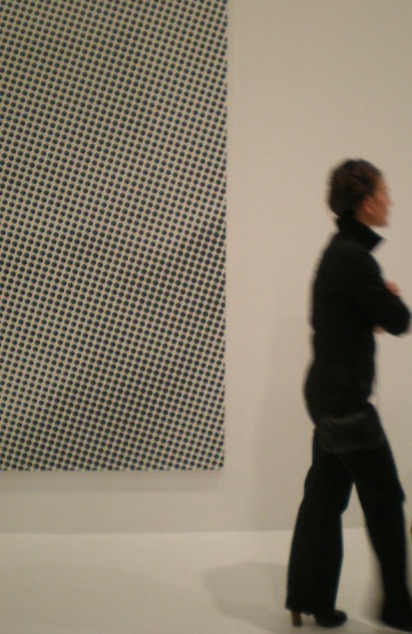 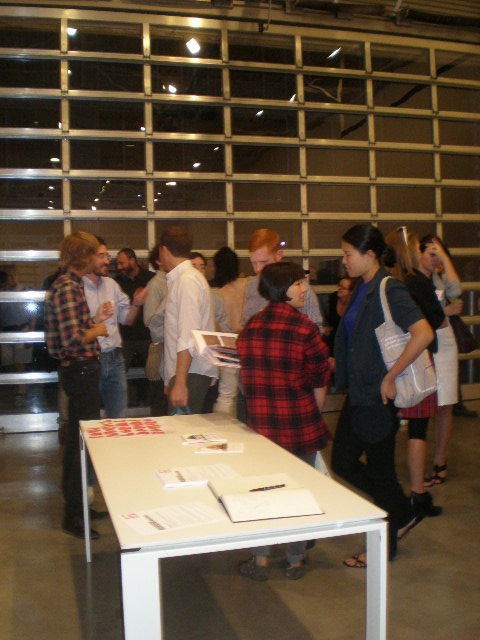 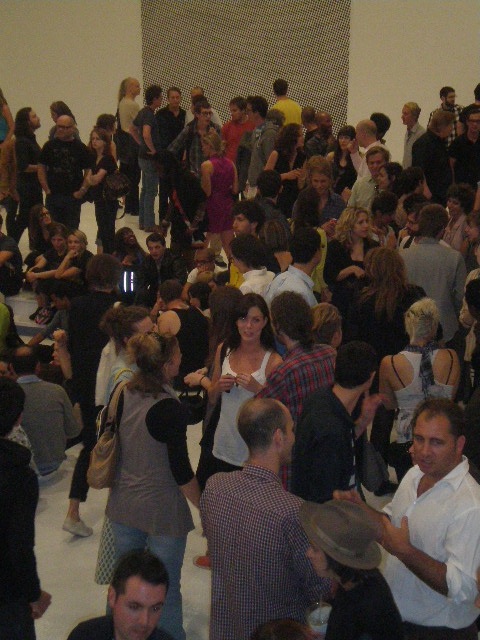 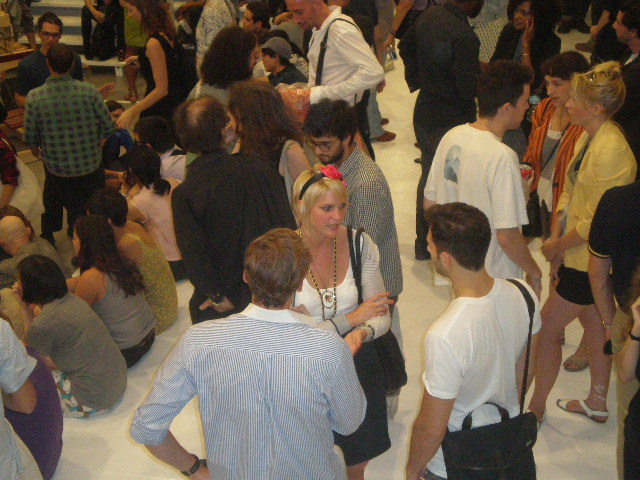 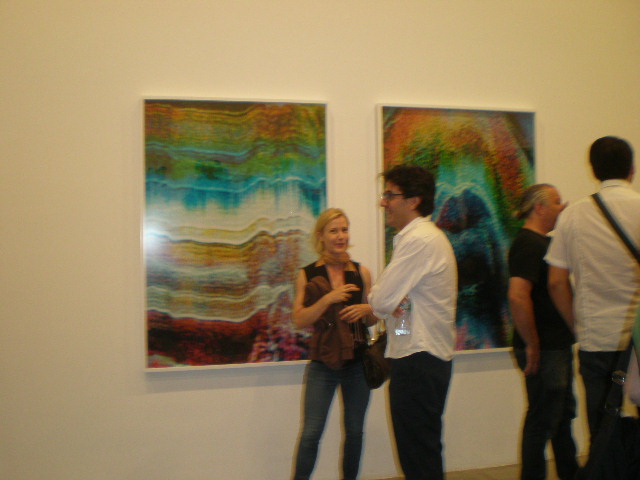 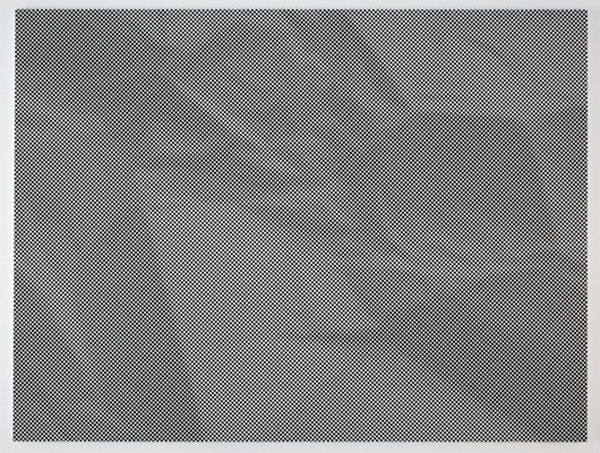 All pictures by AO unless otherwise noted

This entry was posted on Tuesday, September 8th, 2009 at 12:50 pm and is filed under AO On Site. You can follow any responses to this entry through the RSS 2.0 feed. You can leave a response, or trackback from your own site.