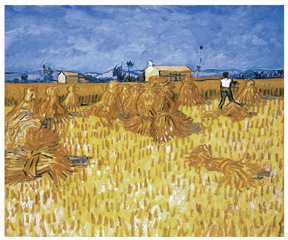 The Kunstmuseum Basel is currently showing works by the master painter Vincent van Gogh.  Seventy paintings, both better- and lesser-known, are featured in this first large-scale showing of exclusively landscape works by the artist.  The van Gogh paintings will be accompanied by a biographical video on the artist as well as forty landscape pieces by his contemporaries.  The intended result gives patrons a look at van Gogh’s contribution to the evolution of technique and concept in landscape work. The show closes on September 27.

Vernissage has video of the exhibition.

“Between Earth and Heaven” is so large that it displaced several pieces of the museum’s collection, which will form a separate exhibition at Schaulager Basel called “Holbein to Tillmans. Prominent Guests from the Kunstmuseum Basel.” The van Gogh show, curated by Bernhard Mende Bürgi and Nina Zimmer, revolves around two well-known landscape paintings by van Gogh, “View of Paris from Montmartre” and “Daubigny’s Garden.”  Following van Gogh through every stage of his use of landscape, the exhibition travels from early Dutch paintings, in earthen tones, to later vibrant paintings in and of Parisian land. The last, vast strokes and swirling colors that have come to characterize van Gogh’s landscape work is presented finally in later works such as “Olive Trees with the Alpilles in the Background,” painted while the artist was in the south of France. 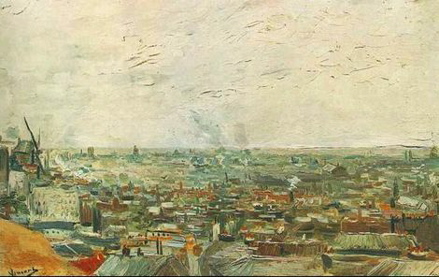 van Gogh’s “View of Paris from Montmartre” (1886), at Kunstmuseum Basel. Via Room with a View. 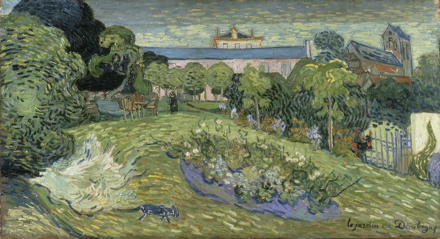 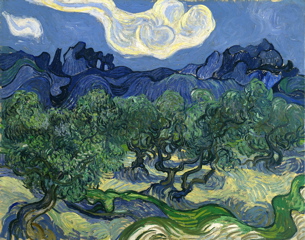 Vincent van Gogh was born in 1853 in Holland.  The son of a Protestant preacher, the young van Gogh began painting at the encouragement of his brother Theo.  In 1886, he moved to Paris, to engage in the artistic community there.  The show at Kunstmuseum Basel is comprised mostly of loans from private collections and museums in Asia, Europe, and the United States.  Some works are displayed publicly for the first time.   Others are by some practicing artists of van Gogh’s time, including Monet, Pissarro, Renoir, Gauguin, Degas, and Cézanne. 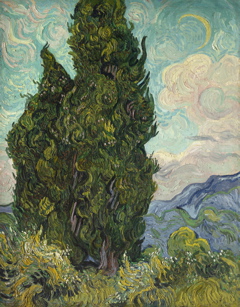 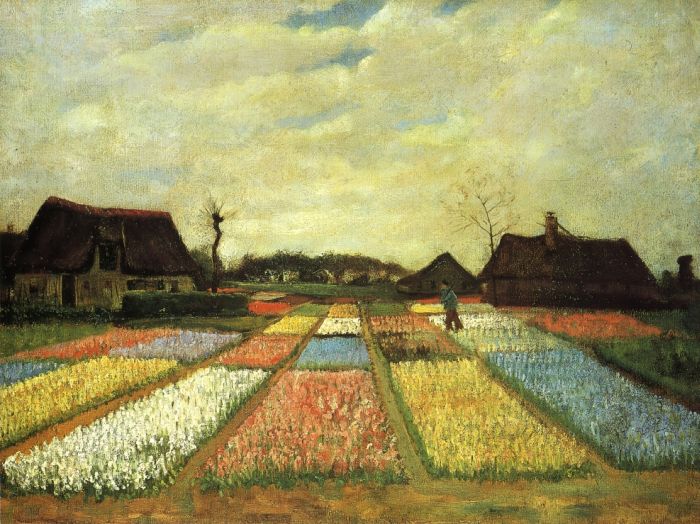 van Gogh’s “Flower Beds in Holland” (1883), at Kunstmuseum Basel. Via Room with a View.

This entry was posted on Saturday, September 12th, 2009 at 3:39 pm and is filed under Go See. You can follow any responses to this entry through the RSS 2.0 feed. You can leave a response, or trackback from your own site.