Angel of the North (Life-Size Maquette), Antony Gormley 1997. Via Chatsworth

Currently on display in the grounds of Chatsworth House, home to the Duke and Duchess of Devonshire, is Sotheby’s ‘Beyond Limits‘; a selling exhibition of modern and contemporary sculpture which the auction house claims is their “largest and most diverse to date.” The exhibition will continue through November 1.  It will be the fourth year of the installation, which has become known as one of the most prestigious platforms for displaying monumental works in an outdoor setting.  On display are bronze sculptures by Henry Moore and Aristade Millol, as well as contemporary pieces by Antony Gormley, Marc Quinn, Subodh Gupta and Fernando Botero.  All works on display are available for private sale. 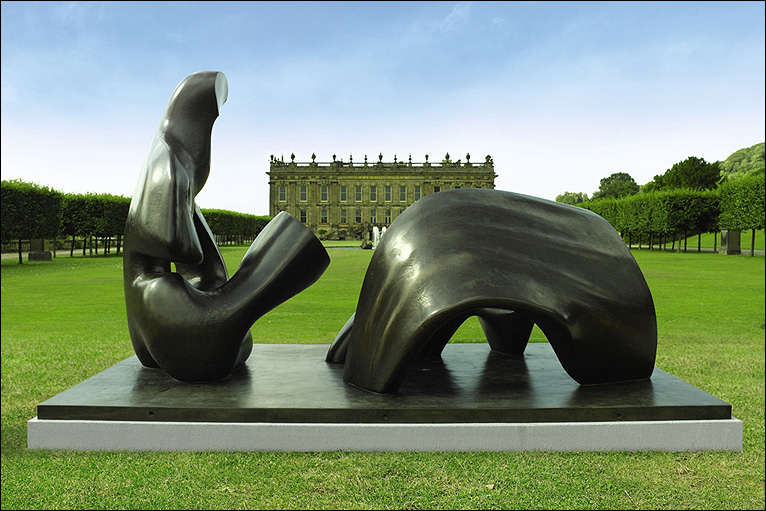 More pictures and text after the jump…

Buddha, Niki de Saint-Phalle (2000 -01). Via Telegraph.co.uk
The Duke of Devonshire, who acts as deputy chairman of Sotheby’s board of directors, has highlighted Henry Moore’s 15ft reclining nude, Three Piece Reclining Figure: Draped, as his favourite piece. There is no doubt that above any artist Henry Moore’s wishes have best been fulfilled by his inclusion in the exhibition; Moore famously once stated, “sculpture is an art of the open air.” The subject of the reclining nude accounts for around two thirds of full-length figural compositions in Moore’s vast oeuvre.  This piece is particularly significant as Moore unusually departs from the linear format for which he is known.  This unique feature is surely responsible for the enormous, record-breaking sum for which the sculpture sold at Christie’s in 2003 – £3.9 million.

Undoubtedly one of the star attractions of the show is Antony Gormley’s life-size maquette for what is arguably the most recognized public sculpture in the UK, The Angel of the North.  A piece that has been cast directly from Gormley’s body and then fabricated in Cor-Ten steel by a team of metal workers and engineers, it has come to stand as a testament to Gormley’s individual conception and as a monument to collective achievement. Gormley himself has stated; ‘More than any other work that I have been involved with, the Angel exhibits sculpture’s ability to endure’. While no prices are advertised in Sotheby’s e-catalogue it is worthwhile to note that this particular sculpture, the second from an edition of five, originally sold for £150,000 and that another of the set sold at Sotheby’s only last year for a record £2.3 million. 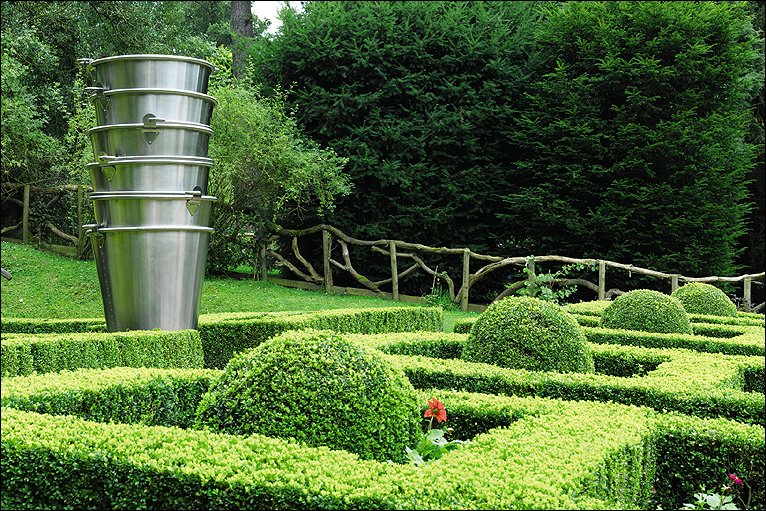 A great compliment to Gormley’s Angel, a work known as an icon for the modern, industrial age, is the contribution by the Indian artist Subodh Gupta, Leap of Faith. Subodh is artist well recognized for his confrontation with the social and economic tensions arising from India’s progressive modernization.Here Gupta has magnified (multiplied and stacked) the pedestrian milk pail to mammoth proportions, so much that they become a symbol of the juxtaposition between urban and rural life and is perhaps the artist ruminating on the temptation and allure of the gleaming new commodities. 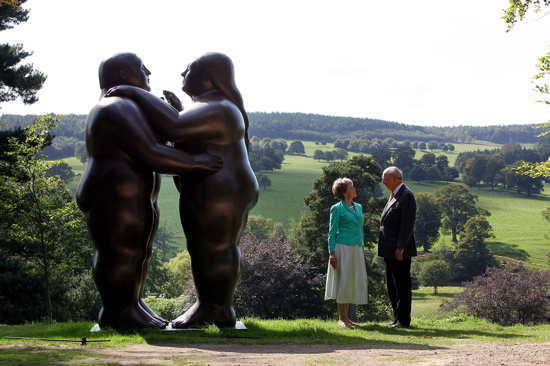 Dancers, Fernando Botero (2007) alongside the Duke and Duchess of Devonshire. Via Getty

Another notable and truly monumental sculpture included is Fernando Botero’s, Dancers which towers over passers-by at 2.89 meters tall. Botero, is well known for pursuing beauty through form and volume, “I never give particular traits to my figures. I don’t want them to have personality, but rather that they represent a type that I create. My sculptures do not carry any messages, social or otherwise… what matters for me is the form, the voluptuous surfaces which emphasize the sensuality of my work” 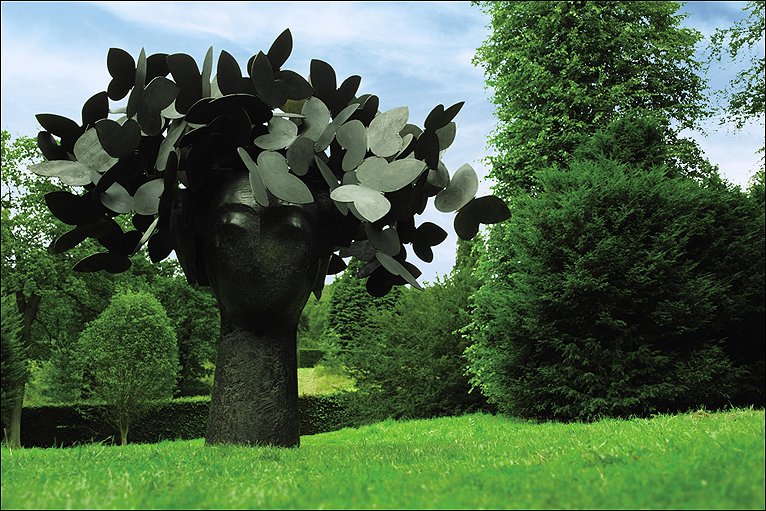 Manila Bulletin November 23, 2003 INFOPATH 2003. The difference that InfoPath 2003 spells means that Channel Partners can use it to easily cut and paste information from their own business systems into a standardized format that can be easily merged into your own systems without re-keying, or re-formatting. Sales Operations Manager can use InfoPath to standardize external field status reports to simplify data reporting for the reps and reduce redundant information. This new program streamlines the information-gathering process by enabling teams to easily create and work with content-rich, dynamic forms. In short, it enables the Channel Partners and Sales teams to improve their productivity and focus on sales. in our site microsoft office online

OneNote 2003 is a digital note-taking application that enables people to capture, organize, reuse and share their notes on any laptop, desktop or Tablet PC. OneNote pairs the flexibility of a paper notebook with the efficiency, organization and easy access of digital media, so people can work the way they want.

Microsoft Office Live Meeting, formerly the PlaceWare Conference Center, is a hosted Web conferencing service which enables businesses to conduct real-time, interactive presentations and meetings over the Internet. It enables each employee concerned to swap ideas and information, mark up files and negotiate deals all from their desktops at a fraction of what it would cost in travel and time. This will enable users to communicate with people more easily and quickly, shortening sales cycles, and improving productivity and the bottom line. see here microsoft office online

Microsoft Office Online is a site created as the first line of support for Microsoft Office users, which can be accessed from within the client when the user is online. This program provides a broad range of helpful information about Microsoft Office and is constantly updated, based on user feedback.

The Solution Accelerator (there are currently five kinds for different needs, including Proposals, Recruiting, Six Sigma, Phone Conferencing, and Digital Media) is built on and designed for the Microsoft Office System. A Microsoft Office Solution Accelerator is an integrated set of components, templates, and Microsoft-authored guidance designed to solve a specific customer business problem across common line-of-business areas such as finance, operations, sales and human resources.

This entry was posted on Tuesday, September 15th, 2009 at 5:30 pm and is filed under Go See. You can follow any responses to this entry through the RSS 2.0 feed. You can leave a response, or trackback from your own site.