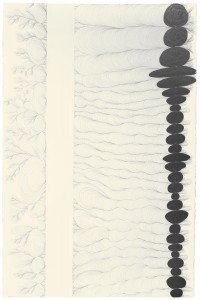 Currently on show at the David Zwirner Gallery, New York is Afro Margin – a show consisting of eight pencil drawings by the Turner Prize-winning artist, Chris Ofili. This is Ofili’s second exhibition at the gallery; his first was the very large, multi-disciplined, ‘Devil’s Pie‘ in 2007. Ofili first sprang to widespread fame with his paintings embellished with elephant dung at Sensation, the 1997 exhibition of Young British Artists. Afro Margin happens upon the recent news that Tate Britian will put together a mid-career survey of Ofili’s work opening in January 2010. 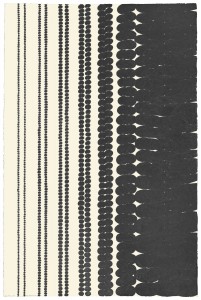 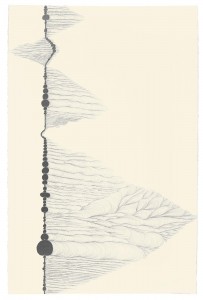 Ofili’s Afro Margin series was initiated in 2004 while he was living in the mega-metropolis London and was then completed in 2007 after a move to a, comparatively, culturally fringed Trinidad in 2005. Ofili is an artist famed for his large-scale, multi-colored creations, therefore this series of drawings not only reveals his exquisite draftsmanship but also offers a more intimate view of Ofili’s outlook. 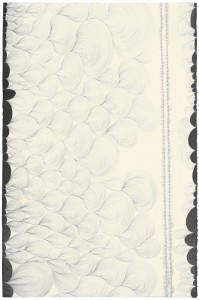 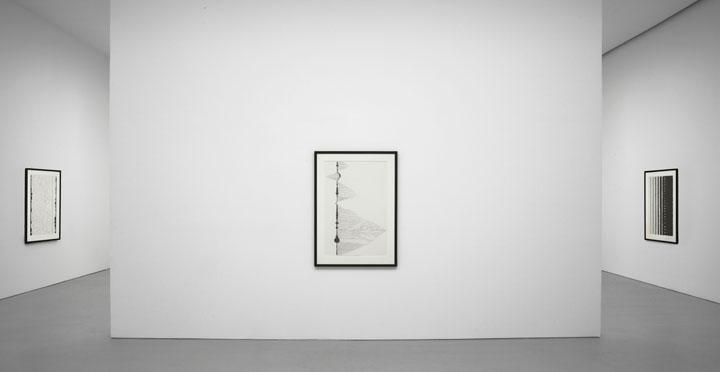 While the Afro Margin series follows a theme present in Ofili’s oeuvre since the 1990s – his depiction of “Afro Heads,” a motif that has become a somewhat ‘signature’ of his work.  In this series Ofili’s “Afro Heads” are piled on top of one another in vertical columns to create a “margin” that resembles Gothic towers and aboriginal totems.

In conjunction with the exhibition, Radius Books/ David Zwirner will publish 500 limited edition catalogs which will be numbered and signed by Ofili. The catalog with contain an essay by the New York based writer, Cameron Shaw.  Also included is a poem by Inua Ellams who recently won a Fringe First award for his one man play, The 14th Tale, at The Edinburgh Fringe Festival.

This entry was posted on Thursday, September 24th, 2009 at 3:17 pm and is filed under Go See. You can follow any responses to this entry through the RSS 2.0 feed. You can leave a response, or trackback from your own site.