Home » Two masterpieces, by Claude Monet and Johannes Vermeer, get star treatment in New York: Vermeer at the Met and Monet at MoMA

Two masterpieces, by Claude Monet and Johannes Vermeer, get star treatment in New York: Vermeer at the Met and Monet at MoMA

This fall, New York’s two most venerable art museums will each each spotlight famous paintings by two old masters. The Museum of Modern Art is exhibiting all three paintings of Claude Monet’s ‘Water Lilies’ triptych together for the first time in eight years.  Also in the exhibition is a single large painting, also entitled ‘Water Lilies,’ as well as three smaller studies.

At the Metropolitan Museum of Art, the Rijksmuseum in Amsterdam has lent Johannes Vermeer’s most famous painting, ‘The Milkmaid,’ in celebration of the 400th anniversary of Henry Hudson’s voyage up the river that would bear his name. This is the first time in 70 years that the painting has been exhibited in the United States, and it joins the Met’s five paintings by Vermeer as well as works by a small number of other Dutch artists. 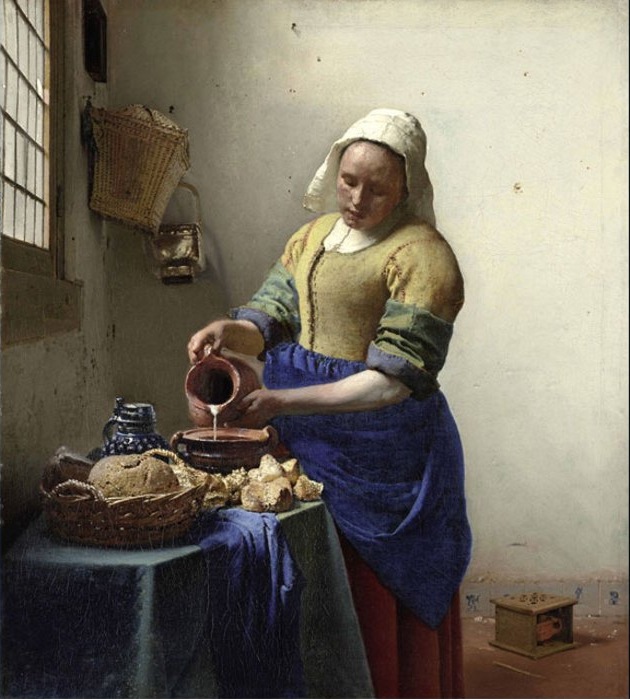 This entry was posted on Monday, September 14th, 2009 at 5:58 pm and is filed under Art News. You can follow any responses to this entry through the RSS 2.0 feed. You can leave a response, or trackback from your own site.