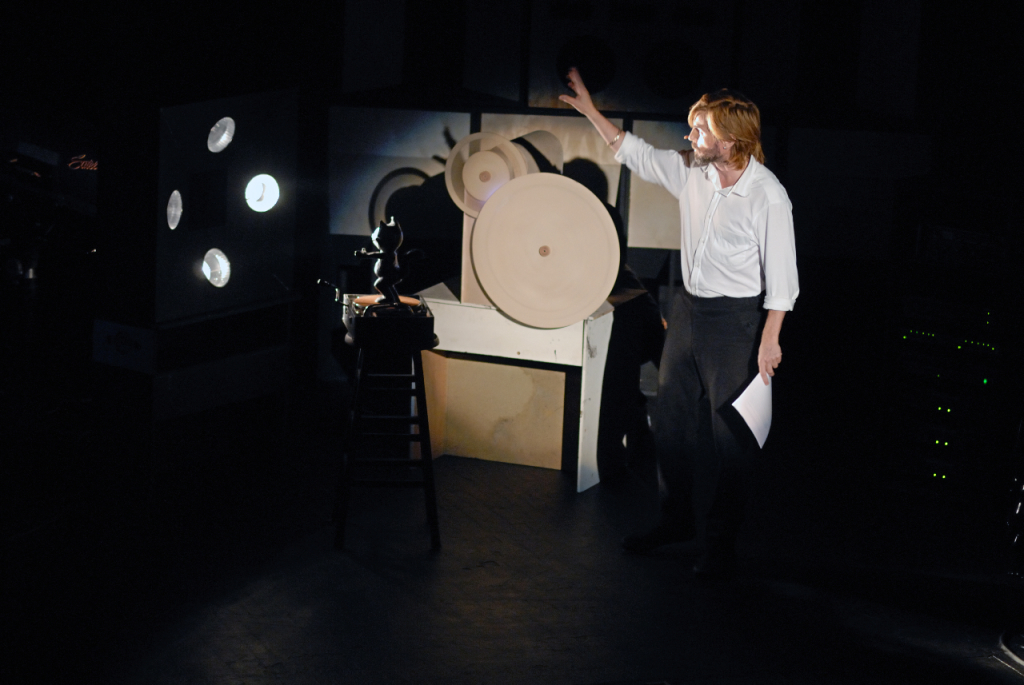 Last weekend was the fifth performance in the Museum of Modern Art’s Performance Exhibition Series.  British artist Mark Leckey, who won the Turner Prize last year, gave the North American premier of ‘Mark Leckey in the Long Tail,’ described as ‘part lecture, part monologue, and part living sculpture.’ The Long Tail is an idea originally described by Wired’s Chris Anderson, which explains business and broadcast distribution adhering to a 20-80 Pareto curve, with the top 20% of items vastly more popular.  As the Internet disseminates media and corporate hegemony, countless niches have opened up and been made readily accessible to consumers. Companies like Amazon.com and Netflix are able to offer more items at lesser volumes.  Those niche interests represent the Long Tail.

Leckey’s talk applied the theory of the Long Tail to his own research of images. Beginning with a photo of a Felix the Cat sculpture in an NBC studio, Leckey explained how he was able to discover the origins of the photo and the meaning behind its mise-en-scène through exploring varied, and often quite small, communities online. 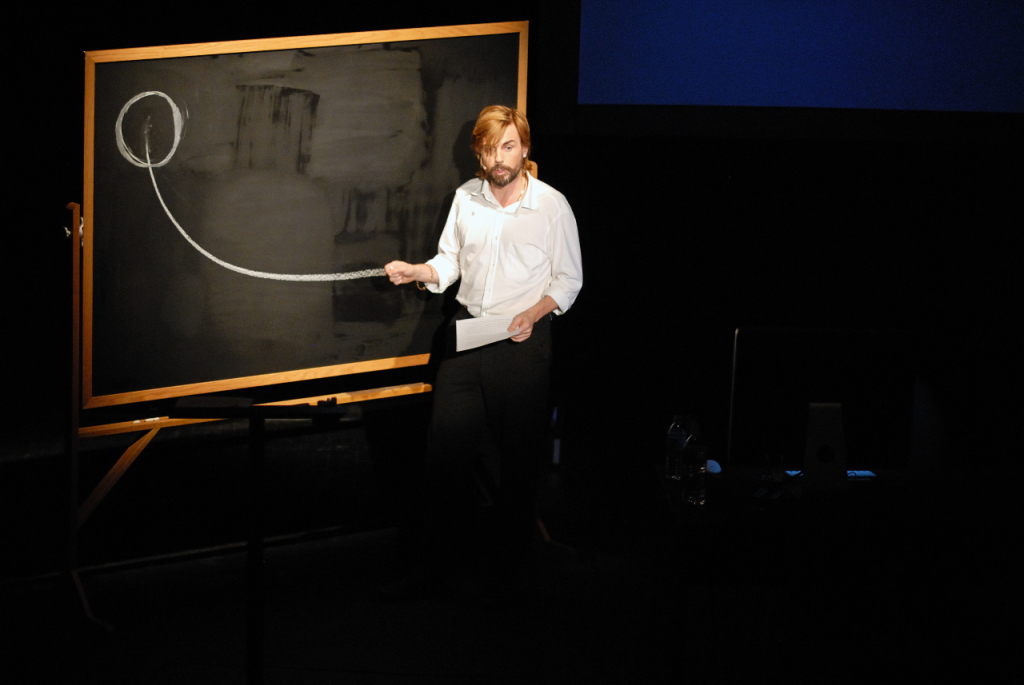 What Leckey found was that it was a photograph of a mechanical scanner, a precursor to television, and that the image of Felix was the first to ever be broadcast, in 1929. Leckey reproduced the mechanical scanner and recreated that original broadcast onstage. Around this point, the smoke machine started up and the performance transitioned from that of the college lecture to something more poetic and theatrical, akin to that of an old-school magician or vaudevillian. 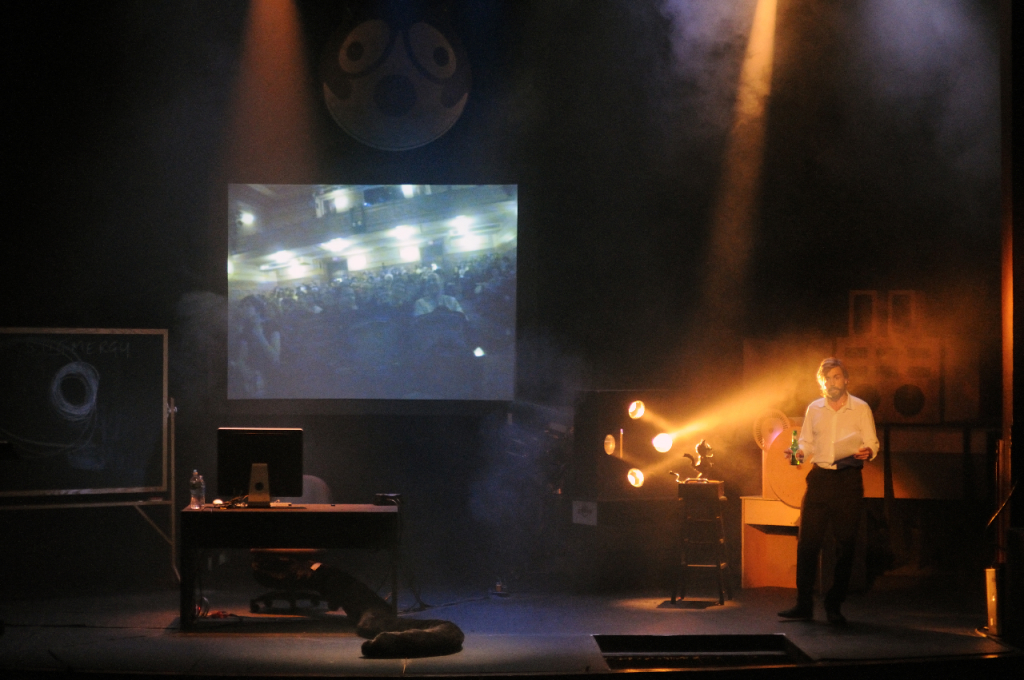 The New York engagement was the fifth time Leckey has given the performance, and he said he hoped it had gotten more coherent since the original incarnation.  The thesis of the lecture is that the 1929 broadcast of Felix represents a fundamental shift in consumption as matter becomes dematerialized and alchemically transmuted into information. As the performance progressed, it too seemed to tail off into the ether, perhaps losing that coherence Leckey hoped for, but but still entertaining.

This entry was posted on Saturday, October 10th, 2009 at 4:44 pm and is filed under AO On Site. You can follow any responses to this entry through the RSS 2.0 feed. You can leave a response, or trackback from your own site.