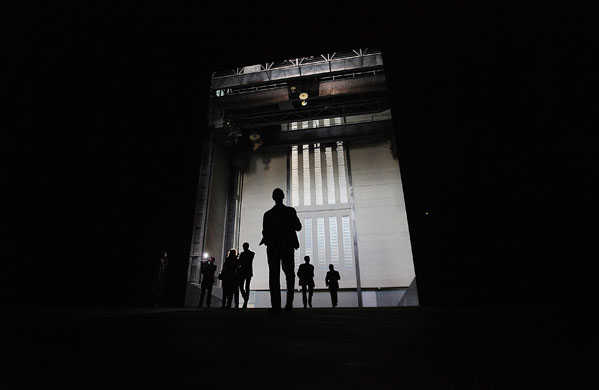 Currently on view at the Tate Modern is the latest commission in The Unilever Series: How It Is by Polish artist Miroslaw Balka. The piece, named after the 1961 prose work by Samuel Beckett where characters are crawling continuously through mud and darkness, is a giant steel structure standing on two-meter stilts. At thirteen meters high and thirty meters long it appears to be a big dark looming chamber while also reflecting the architecture of the Tate Modern itself. Guests can walk inside the pitch-black interior and listen to the echo of their footsteps on the steel above.

Entrance into the installation by way of the ramp, via The Guardian

more images, story and relevant links from the press after the jump…

How It Is refers back to recent Polish history. Balka alludes to a variety of subjects in his work; the space might symbolize the biblical Plague of Darkness, black holes in space or images in hell.  “There is no one single direct inspiration for the piece and the words of the artist are not so important. The work is important. It is good or bad. It works or it does not work,” says the artist in a recent interview in the Daily Mail. 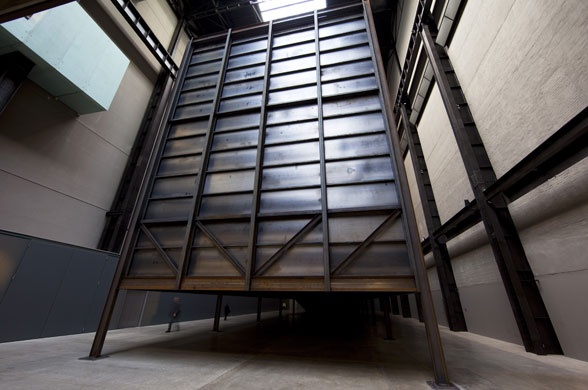 Exterior of the Installation, via The Guardian

A piece that could prove unsettling for the majority of guests, it nevertheless needs to be experienced individually. In his recent article Miroslaw Balka at the Turbine Hall: At the Edge of Darkness, Adrian Searle calls the work a “success” and writes that “One approaches this with trepidation and skepticism. Many artists pay lip service to big issues. But at its best there is something irreducible about what Balka does. There’s also a limit to what can be said. How It Is might be a box in which we can place all our miseries, a cinema without a movie, open to all our projections. The most powerful image is watching people stand at the top of the ramp, hesitating on the verge of the consuming dark.  But Balka reveals darkness rather than cloaking it in mystery. That is the point, and why this work is so successful.” 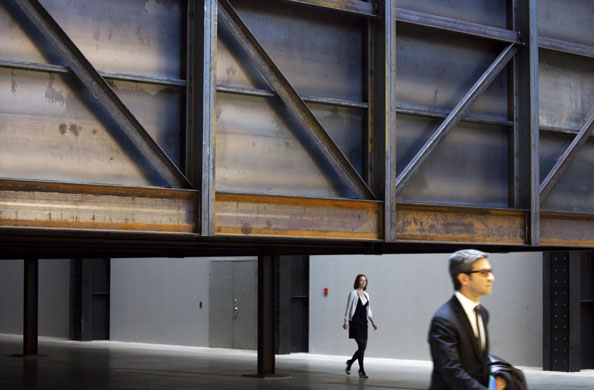 Visitors walk beneath the structure, via The Guardian

A work that invites everyone to ponder its significance, it is a piece that needs to be physically experienced and individually interpreted. Balka himself seems to hesitate when articulating the meaning behind such a seemingly powerful work. ” It’s everything and nothing in a way. When I decided to make the sculpture I really did not know what the sculpture was about,” he said in an interview with BBC. 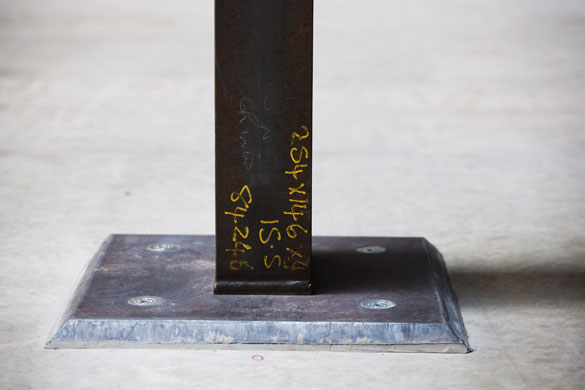 One of the two-meter supports that holds up the structure, via The Guardian

A visitor who stands at the bottom of the ramp will only see a rectangle of darkness. The darkness appears solid but viewers can walk into it and take part in an experience that is at once personal and collective. Attendants with torches patrol the sculpture in case viewers start to panic because of the dark space. Many recount the experience to be as uncanny as it is fascinating. The senses are slowly deprived and the viewer stands alone with the void and just how they interact with the darkness is their decision. 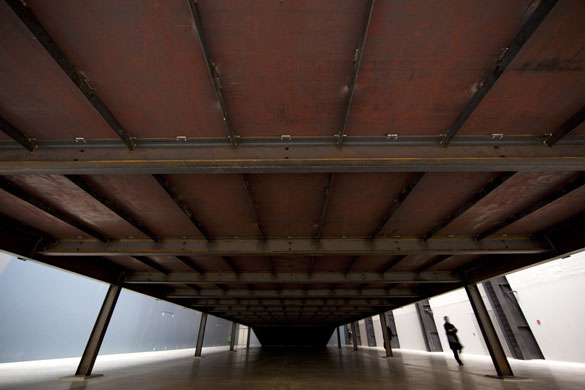 Visitors can walk underneath the structure before reaching the ramp, via The Guardian

Balka was born in Warsaw in 1958 and continues to work in his childhood village just outside of the capital. Several of the artist’s works already belong to the Tate’s permanent collection. Working in installation, sculpture and video the artist explores themes of personal history and draws largely from his Polish upbringing and the war- torn history of his country. Balka represented Poland at the 45th Venice Biennale in 1993 and has exhibited in major group exhibitions and solo exhibitions including at the White Cube in London, the Museo de Arte Moderna in Rio de Janeiro, the Irish Museum of Modern Art, the Venice Biennale 2005, and the Sydney Biennale in 2006. The Turbine Hall is Balka’s first public commission in the United Kingdom. 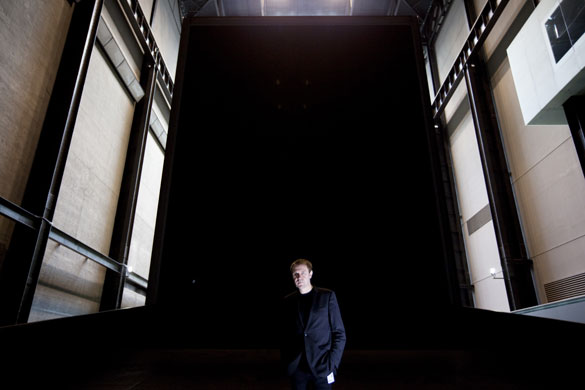 The artist and the installation, via The Guardian

This entry was posted on Sunday, October 25th, 2009 at 11:22 pm and is filed under Go See. You can follow any responses to this entry through the RSS 2.0 feed. You can leave a response, or trackback from your own site.