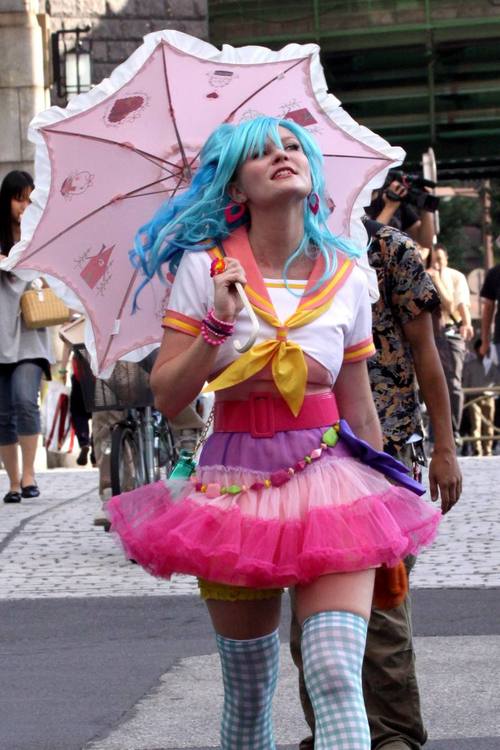 Tate Modern’s “Pop Life: Art in a Material World,” features a video that is a collaboration between McG – famous Hollywood director, and Murakami – Japan’s king of pop art: starring actress Kirsten Dunst on the streets of Akihabara in Tokyo for “Turning Japanese” by rock band The Vapors [The Wall Street Journal]
A 1984 work by Chinese artist Li Keran sold for $940,000, the most for a print at a Hong Kong auction, where bidding led by mainland buyers has taken many prices several times above estimates [Bloomberg]
Sotheby’s Asia sales in Hong Kong revealed that demand for Chinese paintings, while firm, is mixed; as the market is still vulnerable, less pricey, quality pieces were the ones to realize numbers higher than their estimates [Reuters]
Works including those by Renoir, Pollock, Degas and Rembrandt stolen from the home of a retired Harvard Medical School professor and collector, and his business partner; only authentic pieces were taken, leaving behind impeccable reproductions [Boston Globe via Art Market Monitor] in related Uncooperative and unable to produce evidence that the stolen art existed, Angelo Amadio and Dr. Ralph Kennaugh, become suspects of the theft to which allegedly they are victims [ArtDaily] 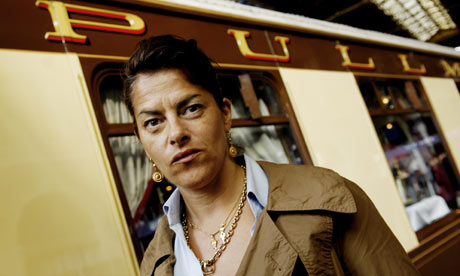 Discouraged by British government’s top rate tax, Tracey Emin threatens to abandon England for France where she claims the politicians understand the importance of supporting culture and art [Guardian UK] in related At the London’s Frieze Art Fair, in the booth of New York’s Lehmann Maupin Gallery, Tracey Emin, known for her confessional artwork, is offering to make customized artworks based on answers to fifteen personal questions [Artinfo]
Fanjul paintings nationalized by Cuba in an exhibit in Museo del Prado in Madrid involve legal consequences as the Museum is being investigated by the US department of state for illegal trafficking of a work of art owned by US citizen confiscated by Cuban government [The Art Newspaper]
Turner Prize exhibit at Tate Britain in London this time startles the viewers with the lack of now expected blood, outrage and other shock factors [Bloomberg]
The Bloomberg administration makes an announcement of its plan to give nonprofit cultural groups access to gallery and theater space in city owned properties and help artists develop business plans [Crain’s Business] 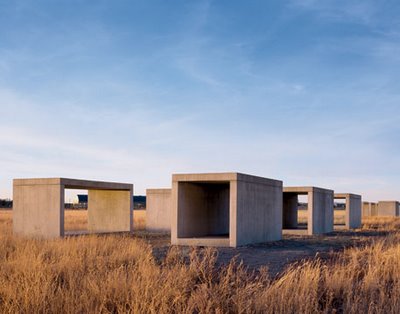 6 of 15 concrete constructions built by Donald Judd in Marfa Texas required repair and conservation work, October 10th the works will once again be open to the public [Artinfo]
A look at the Chinese Gao brothers who are shocking their country with brave, politically challenging art works, such as a life-size sculpture of Mao whose body is only reunited with his head on ‘special occasions’ [The New York Times]
When most artists’ prices are decreasing in a recession, a few go up: Italian Maurizio Cattelan is one of those who thrive in the tough economic times, an analysis of his work reveals some truths on the variables of the art market [The Economist] 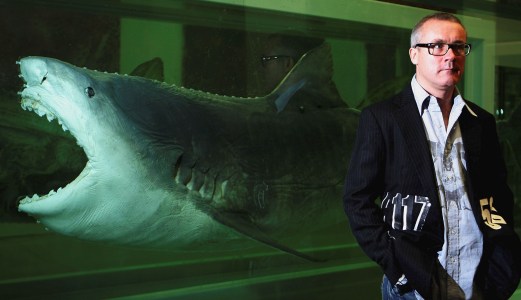 Damien Hirst posing in front of his work via ARTblog +

A portrait of Damien Hirst built through an interview: his influences, unusual artistic paths (such as painting) and mediums to come, and a subjective depiction of the artist’s personality [Times Online] in related Hirst tells BBC that he will not be producing large scale installations and will rather concentrate solely on painting by applying oil to the canvas with his hands, something he has been secretly doing these recent years [BBC] and in related the FT reports that Hirst lays off much of his staff, closes two studios and is actually making paintings himself; while the galleries give no comments on the unsold works worth millions [Financial Times]
As art fairs struggle to retain exhibitors, a new modern and contemporary fair in Abu Dhabi signs up forty-eight names, including PaceWildenstein, Gagosian, Acquavella and White Cube [Lindsay Pollock] related 50 paintings from the New York Guggenheim Museum to be shown in Abu Dhabi [Arts Abu Dhabi] 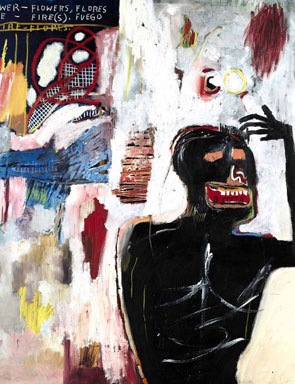 Sotheby’s October Contemporary Art Auction, estimated to realize in excess of £9 million, will include works by leading artists, such as Jean-Michel Basquiat, Anish Kapoor, Andy Warhol, Chris Ofili, Damien Hirst, Gerhard Richter, Antony Gormley and Yan Pei-Ming [Auction Publicity]
Following in the footsteps of Anselm Kiefer and Toni Morrison, Umberto Eco has been named the next guest curator at the Louvre; the show “Vertige de la Liste” (Vertigo of Lists) will revolve around his chosen theme “the list” [Artinfo] in related news, talks are underway to open a McDonald’s restaurant and a McCafé at the Louvre next month [Telegraph]
An art dealer from Stockholm, Sweden has been accused of faking works by heavyweight modernists including Georges Braque, Alberto Giacometti, Edvard Munch, and Egon Schiele [Artnet] 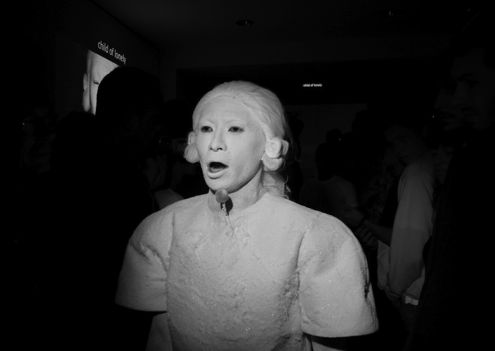 Terence Koh prepared his first solo show at the Parisian gallery Thaddaeus Ropac, which takes a form of an imaginary opera in eight acts, the first act taking place October 6, 2009 [The Art Newspaper]
The four artists shortlisted for Turner Prize 2009 are: Enrico David, Roger Hiorns, Lucy Skaer and Richard Wright; the winner is to be announced December 7th [Turner Prize 2009]
Jerry Saltz writes about new galleries emerging despite the economic crises, provides a list of new galleries to see and comments on the effects of the recession on the female artists [New York mag] 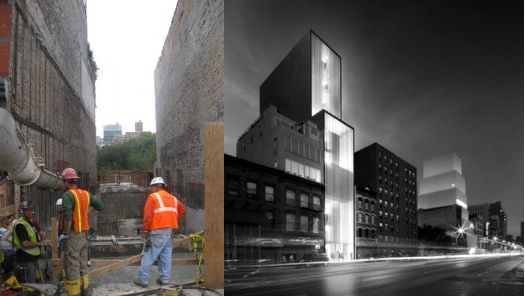 A concrete foundation is rising at the site of the future Sperone Westwater gallery designed by the British architect Sir Norman Foster on the Bowery; the 10 story building will rise only one block away from New Museum [Lindsay Pollock]
As opposed to expanding outside their home in LA, Tim Blum and Jeff Poe open a new 21,000 square foot space conveniently located in front of their existing gallery on South La Cienga Boulevard, Los Angeles [Los Angeles Times] 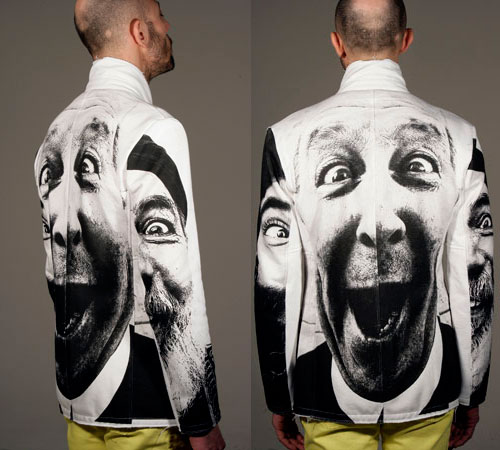 Jacket designed by JR via The World’s Best Ever

A jacket from JR’s Face2Face Project comes in a limited edition of only 100 [The World’s Best Ever] in related A video interview with JR in Paris about his project Women are Heroes, which allows the viewers to call a number and hear an interview with one of the chosen women for the project [Vernissage TV]
An interview with Dasha Zhukova that notes her easy acceptance in the art world [Guardian UK]
28 as opposed to 40 exhibitors had pulled out of the Frieze Art Fair, yet despite the equally disappointing numbers, many lesser known, but in no way inferior galleries, will get a shot at the famous art fair [Telegraph] 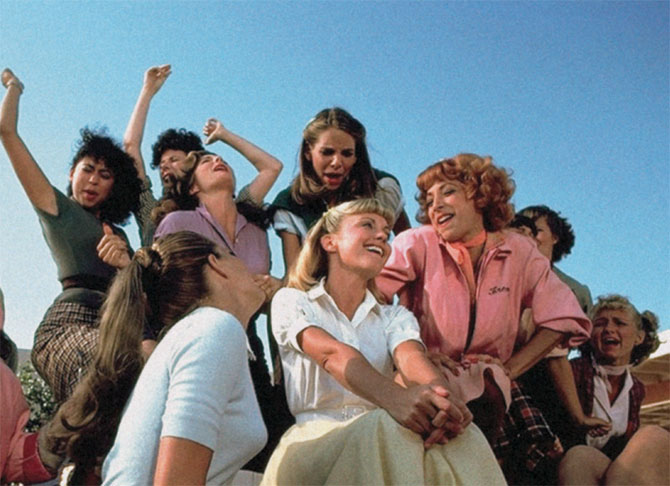 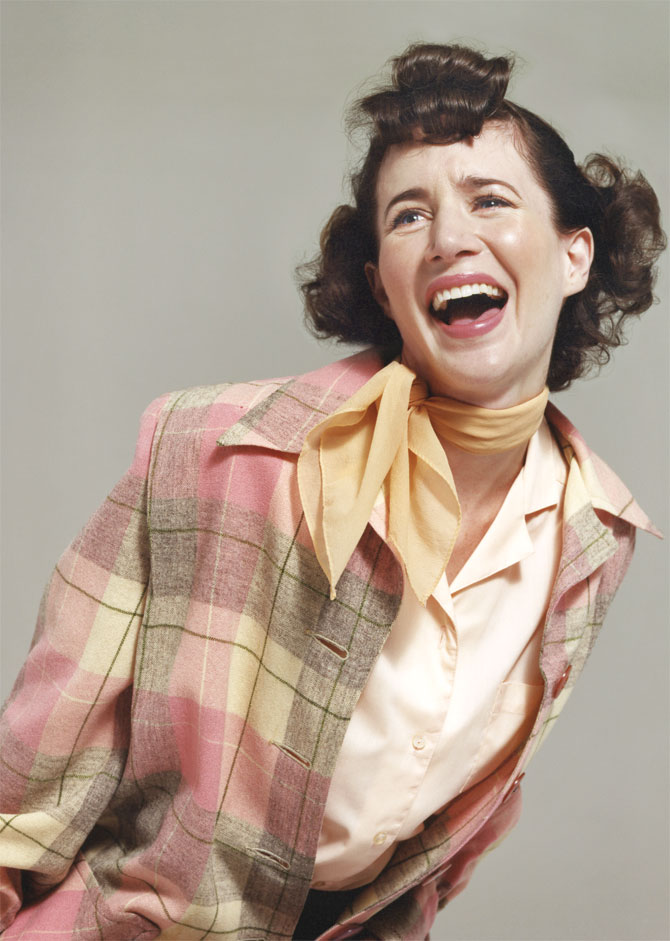 Miranda July creates a series of photographs to imitate and bring attention to the extras in iconic movies [Vice]
An Italian professor, Dr Seracini, has been working on technology that can enable the search for the largest painting Leonardo da Vinci ever painted – The Battle of Anghiari, a work he believes to be hidden underneath the frescoes in Florence’s Palazzo Vecchio [The New York Times]
MoMA received an unexpected gift this month – an estate, estimated to be worth more than $10 million, belonging to the late Michael H. Dunn, a bachelor from Derby, Vermont [The New Yorker]

This entry was posted on Wednesday, October 7th, 2009 at 1:32 am and is filed under Newslinks. You can follow any responses to this entry through the RSS 2.0 feed. You can leave a response, or trackback from your own site.