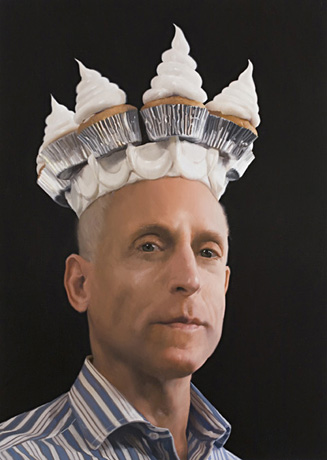 Ron, Will Cotton via Artnet

-Eric Fischl, Chie Fueki, Hilary Harkness, Will Cotton, Francesco Clemente, Peter Halley and Barbara Kruger  are all a part of the long list of artists who have created, dedicated and portrayed Ron Warren in their works; Mary Boone’s assistant he has always played an understated yet influential role leading to a Mary Boone Gallery exhibition in his honor [The New York Times]

-The 2009 edition of the Power 100 by ArtReview is released with Hans Ulrich Obrist taking the first place and the list showcasing some changes in the influences and forces of the art world; the top ten include dealers and artists as Larry Gagosian, Francois Pinault, Eli Broad and Bruce Nauman [ArtReview]
-In related, Hans-Ulrich Obrist, the director of Serpentine Gallery, just voted to be the art world’s most powerful figure by the Power 100, gives an idea of how busy his week gets [The Independent] 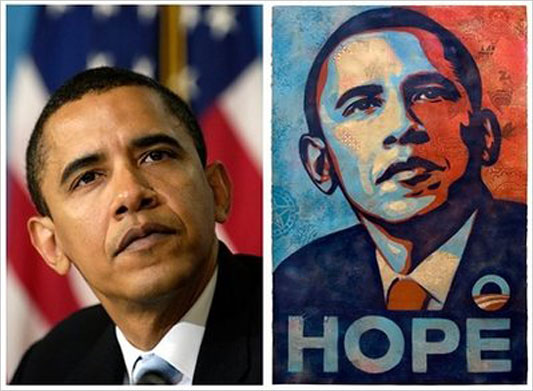 – Shepard Fairey’s admits to a lie on the original A.P. photograph he had used for the “Hope” poster of Barack Obama, presenting his lawyers with further challenges concerning copyright issues [The New York Times]

-This December Murakami will launch his biannual Geisai fair, comprised of 200 exhibitor booths, in Taiwan, as Geisai Miami is “scrapped”  [The Art Newspaper]

-Replica of Warsaw’s palace crashing into Frieze’s ceiling- a work by Monika Sosnowska, is removed by the artist’s request and “remains-in concept, as a dent in the tent” exciting some debate around the decision [The Art Newspaper] 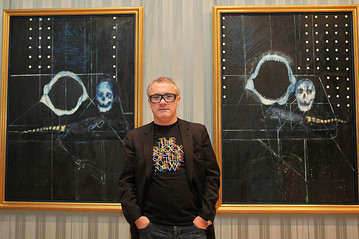 -As Damien Hirst’s new show of paintings excites a wave of criticism concerning his change of medium, Tracey Emin comments on his experimentation as “brave” [The Wall Street Journal]
-In related, A portrait of Tracey Emin and her work, which has created a new stand on the boundaries between private and public when it comes to art [The New York Times]

-Tate Publishing may be forced to destroy the catalog of its “Pop Life”exhibition in edition of 12,000 due to the inclusion of the controversial nude photograph of Brooke Shields [ArtsBeat]

-Sotheby’s says it can not disclose the criteria it uses in setting executive pay, since that would benefit its rival Christie’s International, an act testifying to a publicly held company’s challenges when it has a close competitor [Bloomberg] 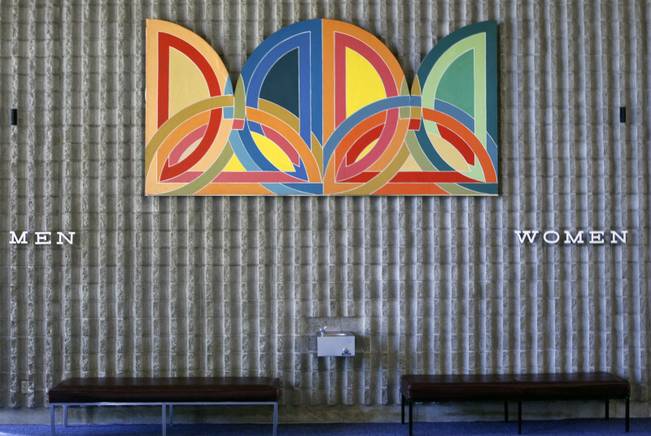 -As the painting loaned to UNLV is declared a fake by Frank Stella, he wants it either destroyed or sent to him; the artist also agrees for the work to remain in UNLV if a placard reading “this is not a Frank Stella painting” is placed next to it [Artinfo]

-With his work as “introspective”, Urs Fischer will be the first artist to take over the entirety of the space of The New Museum in New York [New Museum]
-In related, Contemporary art imposes unrealistic challenges to the museums and galleries that house it, New Museum flies in steel works for Urs Fischer show [The Wall Street Journal]

-3,500 year old bust of Queen Nefertiti causes a dispute between the German and Egyptian governments, revealing political intrigues that at times surround the dilemmas of the art world [The New York Times]

-Gormley speaks of his “fourth plinth” installation at Trafalgar Square enabling viewers to become living works of art as it comes to an end October 14, 2009 [Guardian UK]

This entry was posted on Tuesday, October 20th, 2009 at 2:11 am and is filed under Newslinks. You can follow any responses to this entry through the RSS 2.0 feed. You can leave a response, or trackback from your own site.