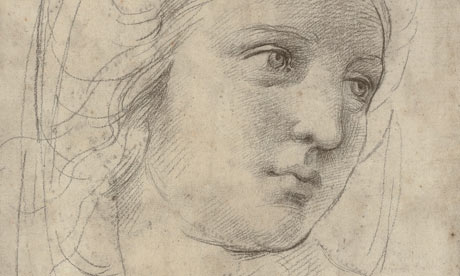 Head of a Muse, Raphael via Guardian UK

-Offered for the first time at public auction as part of Christie’s Old Masters sale, Raphael’s drawing “Head of a Muse”- a study for a figure in one of his Vatican frescoes, if it achieves its estimate £12-16million, will break the auction record for an old master drawing currently held by Michelangelo’s and Leonardo da Vinci’s works [Guardian UK]

-As art collectors become more cautious with their purchases, dealers at Frieze and FIAC fairs put works on reserve, among them $40 million Mondrian allegedly put on hold for Bernard Arnault [Bloomberg] 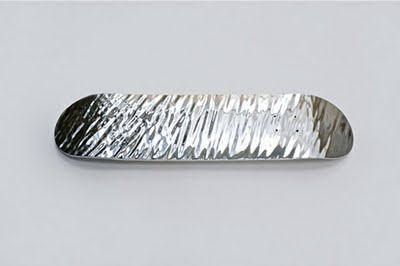 “Your Mercury Ocean” Skateboard by Olafur Eliasson via aarting

-Another collaboration between Mekanism and Olafur Eliasson results in a 13-ply deck 3d patterned skateboard with a mirror coating [aarting]
-In related, Olafur Eliasson commissions by the mayor of Copenhagen to design a bridge for the Danish capital; the artist shares his plans for a transparent bridge in a close vicinity to the water [The Art Newspaper]

– The survey carried out by the Art Fund, the UK’s independent art charity, shows that despite the substantial drop in public funding and investment income, a figure that proves to grow in the context of economic fall is the number of visits to museums [Art Knowledge News]

-In the midst of economic uncertainty, gallery Matthew Marks, which represents artists such as Jasper Johns, and Peter Fischli and David Weiss, plans on expansion with a new space on the West Coast [The New York Times] 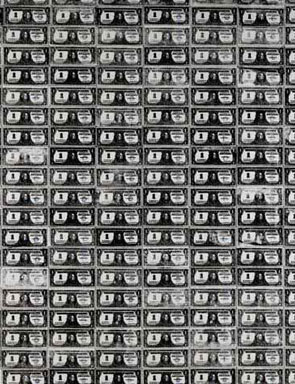 – Richard L. Weisman, art collector who reported Warhol series stolen from his home, decides to forgo a multimillion-dollar insurance policy as to protect his privacy, as LAPD translates the decision as symptomatic of Weisman’s initial  involvement in the theft  [Los Angeles Times]

-Nancy Spero, artist famous for her figurative art addressing the many issues of gender politics, passes away October 18, 2009 at the age of 83 in Manhattan due to heart failure [The New York Times]

-The movie “Untitled”, which opened October 23 at Angelika in New York, featuring international art stars and works reminiscent of artists in the likes of Jeff Koons and Chapman brothers, is an “art-house flick” mocking the exclusive in its content contemporary art [The Moment]
-In related, Adam Goldberg speaks of his role in “Untitled” [New York Magazine]

-In lieu of money owned by DSB Bank, recently declared bankrupt, 130 paintings worth $60 million seized with no prior warning from the permanent collection of a Netherland art museum as collateral for a $48 million loan [UPI via ArtInfo] 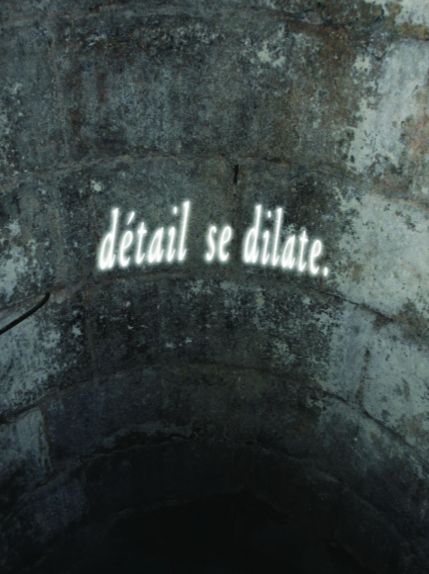 -Contrary to reports, Shepard Fairey’s lawyers, in his litigate conflict with the Associated Press concerning his “Hope” poster, have not quit despite the artist’s confession to details dramatically altering the case [Los Angeles Times]
-In related, the conflict around Shepard Fairey’s “Hope” poster may potentially be precedent setting as the artist calls the case an exception [The Boston Globe]
-In related, after a successful show at the Boston Institute of Contemporary Art, Shepard Fairey’s retrospective opens at The Andy Warhol Museum in Pittsburgh [The Art Collectors] 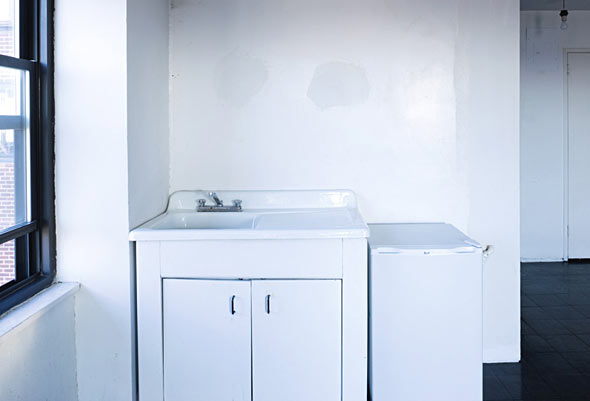 -Norwegian inventor Hans Gude Gudesen buys the island home of one of the most celebrated filmmakers- Ingmar Bergman, where he plans to built a center for artists and scientists [Bloomberg]

-The Miami Art Museum reveals plans for a new home, worth 120,000 square feet- thrice the size of their current space, to be designed by Swiss architecture firm Herzog & de Meuron [ArtInfo]
-In related, Terence Riley resigns his position as director of the Miami Art Museum, but will continue to advise about the museum’s new home in downtown Miami scheduled to open in 2013 [The New York Times]

-The hedge-fund billionaire and art collector, Steven A. Cohen, accumulated a roughly 6 percent stake in Sotheby’s, leading to speculations about whether Mr. Cohen may be interested in owning an auction house, yet more recent facts speak for the contrary, as the collector’s firm sells all of its Sotheby’s stock [Arts Beat]

-World’s biggest banks have some of the largest collections of art, where Deutsche Bank UBS and JPMorgan Chase combined boast pieces in the amounts that approach the trove of the Museum of Modern Art, hence the works in their possession should be made available to public eye more often (Banks Hoard Troves of Art) [The New York Times] 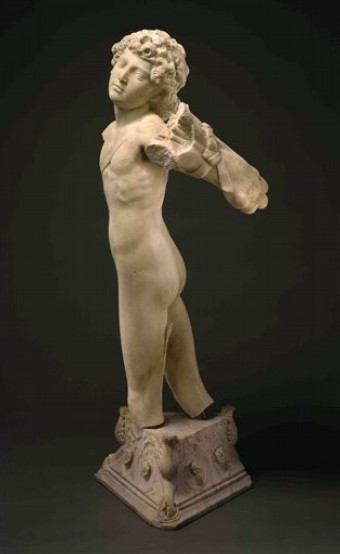 -The Metropolitan Museum of Art’s Young Archer yet again excites a debate as to whether it is of Michelangelo’s authorship as the pros and cons are weighed down (Is This a Michelangelo?) [New York Magazine]

London mayor, Boris Johnson, plans to build a £15 million monument- an enormous rust-red tower funded by Britain’s richest man- Lakshmi Mittal, in celebration of 2012 Olympics, Gormley and Kapoor rumoured ot be in the running for the design  [Guardian UK]

This entry was posted on Tuesday, October 27th, 2009 at 2:39 am and is filed under Newslinks. You can follow any responses to this entry through the RSS 2.0 feed. You can leave a response, or trackback from your own site.