Last night ArtObserved was on site at New York City’s National Arts Club to witness a performance,”Art History: 1642 – 2009,” from Terence Koh.  The performance was curated by Stacey Engman, the National Arts Club‘s Contemporary Art Chair and Chief Curator and was in conjunction with Performa 09. Indeed, the theme of the night – a tour through the great canon of Art History – was set from the beginning of the night as guests, who included Aurel Schmidt, Vito Schnabel, Klaus Biesenbach, Marina Abramovic and Mary Boone, mingled in a salon-style reception in the beautiful front parlours of the club house. The performance was to take the form of an Art History lecture, accompanied by images of artworks – this was about all guests knew before the show started and so guessing and anticipating became the game of choice for all in attendance. 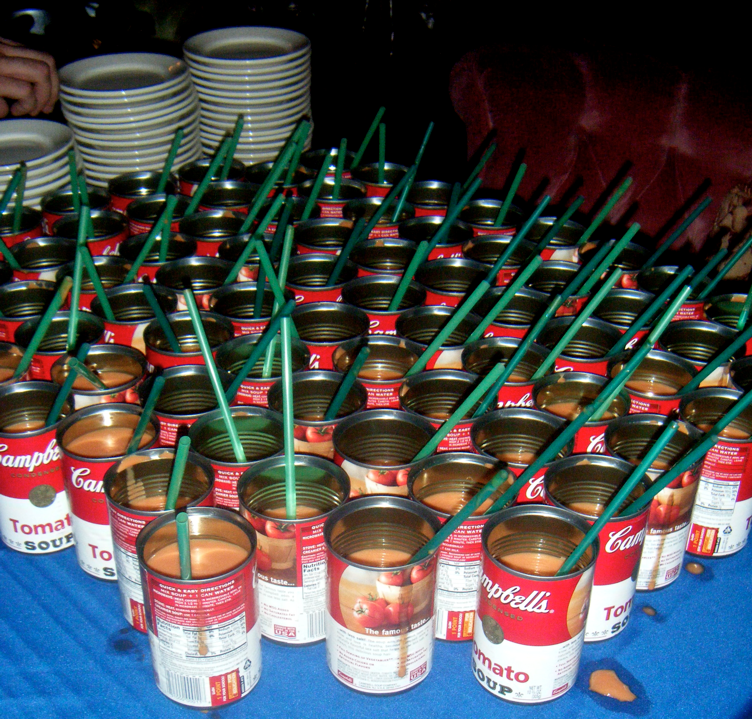 More text, images and related links after the jump…… 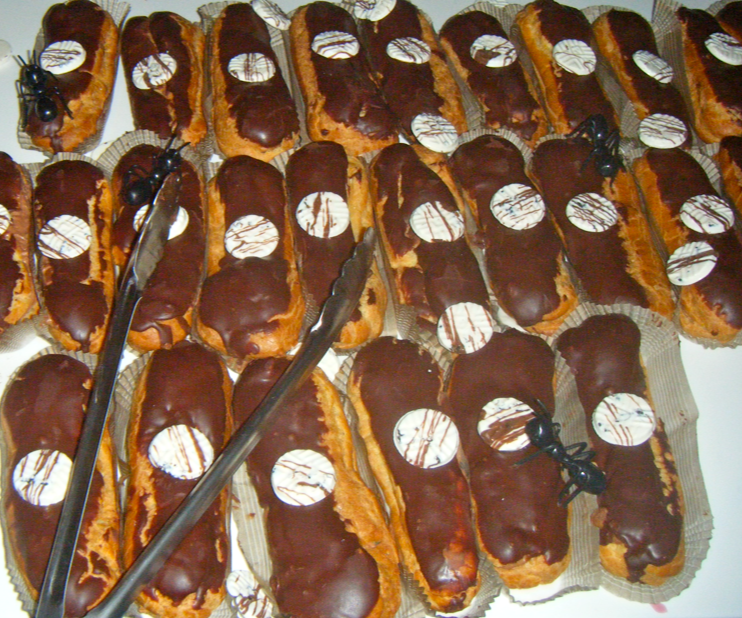 Not only did the performance take place in a club that once counted Robert Henri, Frederick Remington and Alfred Stieglitz as members, but the drinks and nibbles also conformed with a night dedicated to remembering great moments in the history of art. In imitation of artists from the Belle Époque guests sipped on a great patron of the arts – Absinthe, as well as cold, Campbell’s soup straight from the can in an homage to Andy Warhol.

A special tribute was paid to Salvador Dali who won a medal of honor from the National Arts Club in 1965. An incident involving the fabled Surrealist was recalled earlier this year in the February edition of Spin Magazine that considered on his relationship with shock-rocker Alice Cooper. In April 1973 at a small press conference planned to unveil the world’s first moving hologram, that had been created by Dali and featured the shock-rocker Alice Cooper in $1million worth of Harry Winston Jewels, the artist further excited guests by exposing “the Alice Cooper Brain” – a ceramic object with a chocolate eclair covered ants. Therefore the large selection of chocolate eclair smothered in ants and brain-like biscuits was surely a nod to Surrealist playfulness. 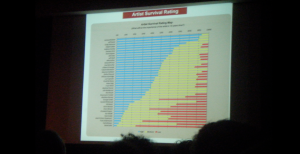 Our lecture room filled-up quickly with a scramble for seats at the back – a classic student phenomenon perhaps resulting from a fear of being picked-upon at the front or from plans for a quick escape. It was not long after settling that a hush fell on the excited room as the lights went down and we all suddenly remembered the anxiety of fighting heavy eyelids while an Art History professor endlessly babbles in front of a bright projection screen. All fears were forgotten when our professor Terence Koh burst enthusiastically into a ferocious rant in what sounded like Gibberish – or was it German, or Italian, or Chinese, the artist’s native language, spoken at a remarkable speed? 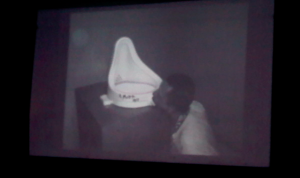 Whether those watching the spectacle were able to grasp any sense from Koh’s noises was not as important as the his ability to manipulate his students’ mood and attention with the speed, tone and volume of his voice. When a slide of Jeff Koon’s Rabbit appeared on the screen, Koh took a breath and gabbled to his the room what can only be described as a monotone scat leaving his audience in fits laughter.  At other points Koh was no need for sound effect to get such a reaction from his audience, most notably when an image Koh kissing Marcel Duchamp’s Fountain, pictured above.

Amid Koh’s shrieking and yelling came moments of calm when his voice quieted, tone slowed and in turn encouraged his audience to reflect on the serious nature of the image in front of them; such moments came with images such as a still from Steve McQueen’s Hunger and a Nan Goldin image.

At the end of the night guests exited, via the grand staircase of the famous clubhouse, giddy and excited but probably with no greater understanding into the theories nor techniques of great artists but there is no doubt they will have left with a undoubtedly broadened insight into the scope Terence Koh.

This entry was posted on Friday, November 20th, 2009 at 6:20 pm and is filed under Art News. You can follow any responses to this entry through the RSS 2.0 feed. You can leave a response, or trackback from your own site.