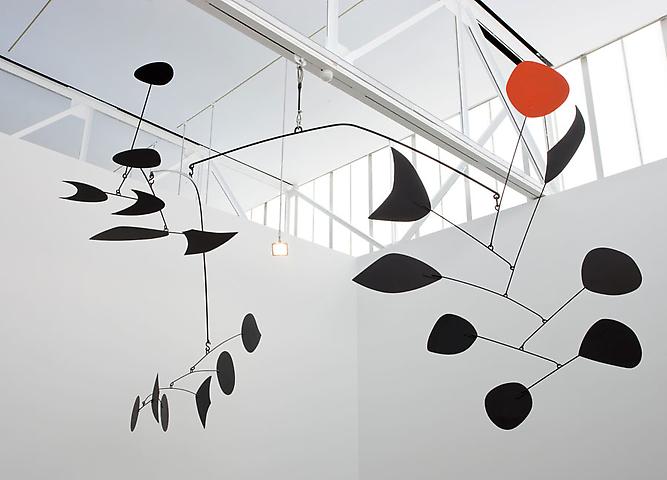 Currently on view at the Gagosian gallery in Rome is ‘Monumental Sculpture’ by Alexander Calder.  Taking place at the same time as the current Calder retrospective at the Scuderie Quirinale, also in Rome, the Gagosian Gallery displays an exhibition of the artist’s monumental sculpture created between 1948 and 1964. 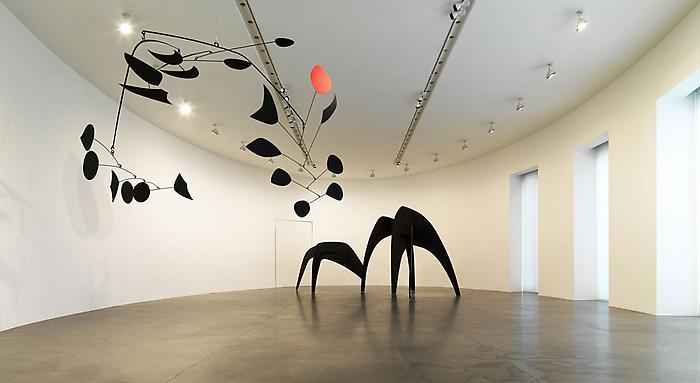 “People think monuments should come out of the ground, never out of the cieling, but mobiles can be monumental too,” says the artist. Calder’s creations have helped changed the nature of modern art.  His new method of sculpting, creating works from bending and twisting wire in order to “draw” three-dimensional figures in space, brought about new techniques and concepts for sculpture and installation. 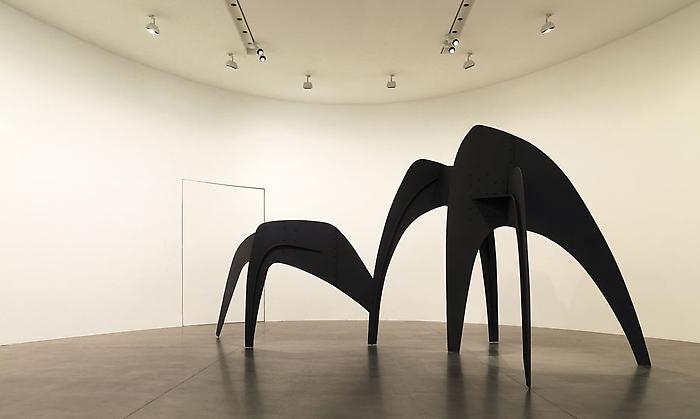 Spunk of the Month (1964) by Alexander Calder, via Gagosian Gallery

The artist became known for his invention of the “mobile.” Originally a term coined by Marcel Duchamp to refer to Calder’s kinetic sculpture, the artist’s first “mobiles” incorporated boldly abstract colored shapes made from industrial materials such as steel and wood to then hang delicately from thin wires. His first constructions were powered by modern technology driven by electrical or mechanical means. However, he soon preferred the unpredictable movements brought about the elements of wind and water. 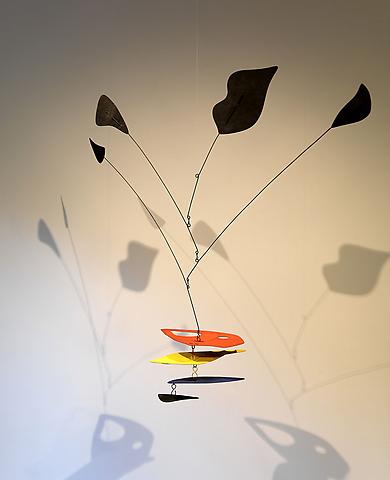 In Rouge Triomphant/ Triumphant Red (1959-63) Calder has created a mobile which spans nearly six meters. The incorporation of primary red offers a distinct contrast to his almost exclusive use of black. Here three groups of black scales are offset by a sole red one create a dynamic yet unbalanced assemblage.  The monumental sculpture Spunk of the Monk (1964) is a massive ensemble of black steel arcs united by just seven points of contact with the ground and seemingly represents a gigantic insect or animal.

Alexander Calder was born in 1898 in Pennsylvania and attended the Stevens Institute of Technology and Art Students League.  Major international museum collections now house his work including the Musée National d’Art Moderne de la Ville de Paris, the Centres Pompidou in Paris, Museo Nacional Centro de Arte Reina Sofia in Madrid and the Museum of Modern Art in New York.   Calder also created numerous public commissions in cities all over the world.  His work has also been subject to numerous museum exhibitions and retrospectives.  He died in 1976 in New York City.

This entry was posted on Thursday, November 12th, 2009 at 5:45 pm and is filed under Go See. You can follow any responses to this entry through the RSS 2.0 feed. You can leave a response, or trackback from your own site.