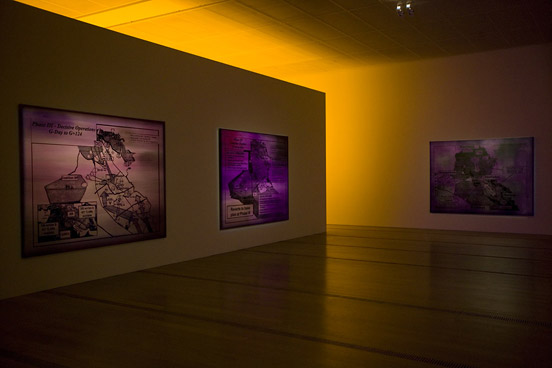 Map (2008) by Jenny Holzer, via The Fondation Beyeler

Currently on view at the Fondation Beyeler in Basel are recent works by American artist Jenny Holzer (b.1950). On display are Holzer’s paintings and sculptures as well as her famous LED installations which portray compelling as well as overwhelming combinations of visual imagery and text. The exhibition also incorporates a selection of works chosen by the artist from the Beyeler collection including those by Giacometti, Picasso, Malevich, and Francis Bacon. The exhibition extends outdoors with light projections onto major suites in Basel, Baselland, and Zurich. 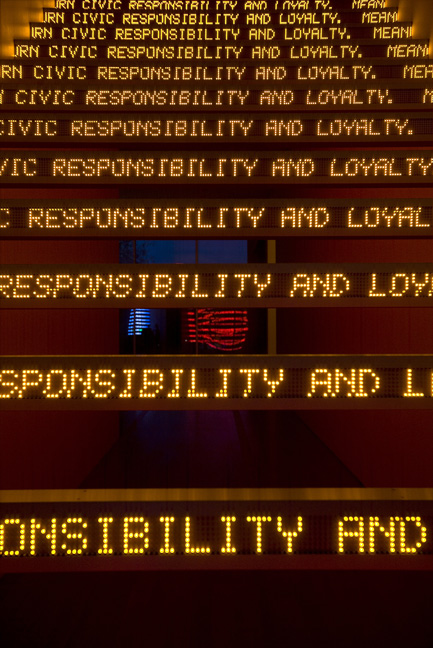 Holzer’s large-scale projections incorporate text and moving images so that they enter into a dialogue with the building that they feature. At times the texts are Holzer’s own and at other times they are the words of writers such as Wislawa Szymborska, the Polish Nobel Prize Winner for literature, and the American poet Henri Cole. Whether the artist questions consumer behavior or complains about the bitterness of life and death, her use of text aims to create a response in the viewer inviting them to ponder new ideas and concepts about the world around them. 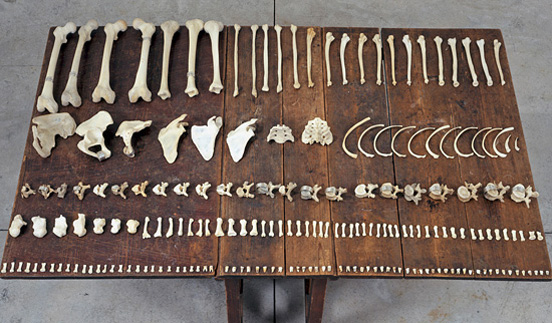 Lustmond Tables(1994) by Jenny Holzer, via The Fondation Beyeler 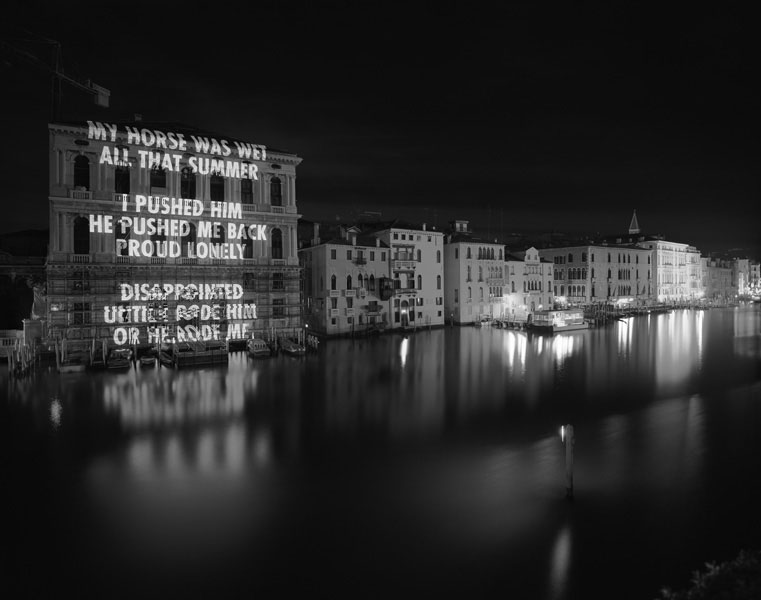 This entry was posted on Thursday, November 26th, 2009 at 10:40 pm and is filed under Go See. You can follow any responses to this entry through the RSS 2.0 feed. You can leave a response, or trackback from your own site.