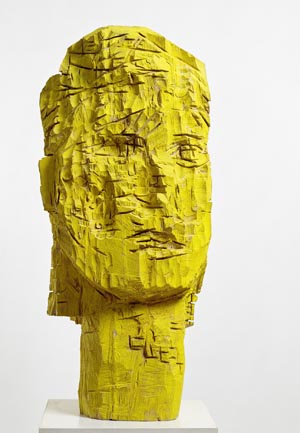 Now on view at the Staatliche Kunstsammlungen in Dresden is Georg Baselitz‘s ‘Dresdner Frauen/ Women of Dresden.’  The exhibition marks the 20th anniversary of the Fall of the Berlin Wall and features major works by the artist that commemorate the destruction of Dresden at the end of the second World War.  Baselitz and his wife designed the layout of the exhibition in order to emphasize works based on the artist’s reflections on the history and culture of Dresden. 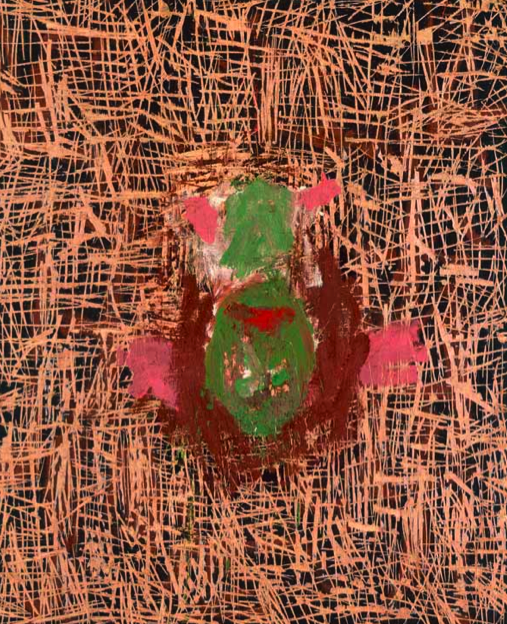 One of the major works is Forty-Five, a monumental piece made of twenty large scale plywood panels which the artist completed a few weeks before the Fall of the Berlin Wall.  The work refers back to the destruction of Dresden, an event still deeply etched into the collective memory of the German people. The piece depicts a woman against a dark background who looks forlornly out onto the world from some distant unrecognizable place. Accompanying Forty-Five are Dresden Frauen (Women of Dresden) (1990), a group of monumental yellow-painted rough-hewn wooden sculptures on high plinths. 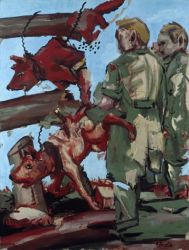 In adjacent gallery rooms are paintings and drawings that reflect the artist’s use of traditional Christian imagery as well as his artistic influences from painters such as Edvard Munch and the artist’s groupd Die Brücke.  The exhibition thus highlights the artist’s attachment to the city of Dresden as well as his Saxon origins. 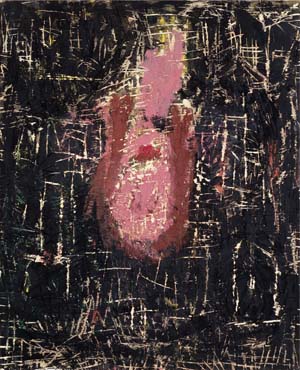 Georg Baselitz was born in 1938 as Hans-Georg Kern in Deutschbaselitz, Saxony. He is a traditional artisan and uses traditional media to create his artwork such as painting, drawing, printmaking, and wood sculpture often creating works on a monumental scale. Since the beginning of his career his work has focused on the human and cultural tragedies of war and loss. His artwork is now found in major international museums and galleries all over the world. 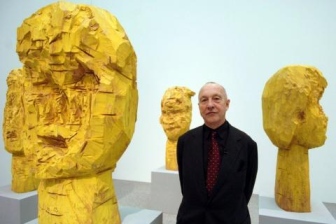 George Baselitz with wooden sculptures of Dresden Women, via Dresden.de

This entry was posted on Sunday, November 29th, 2009 at 9:49 am and is filed under Go See. You can follow any responses to this entry through the RSS 2.0 feed. You can leave a response, or trackback from your own site.