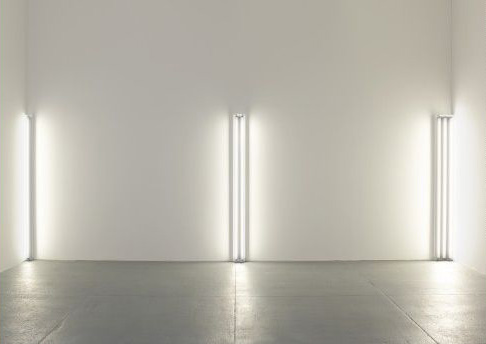 The Nominal Three (to William of Ockham) (1963) by Dan Flavin, via David Zwirner

Now on view at David Zwirner in New York is the city’s biggest Dan Flavin show in over a decade.  Last month the gallery announced that it would have exclusive rights over the Estate of the New York minimalist who died in 1996.  Series and Progressions opens at David Zwirner’s West 19th Street complex in Chelsea on November 5th. Curated by Tiffany Bell, the exhibit reveals Flavin’s use of progressives and serial structures which the artist incorporated throughout his career. 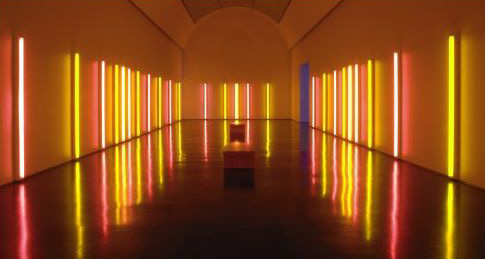 Alternating Pink and “Gold” (1967) by Dan Flavin, via David Zwirner

One of Flavin’s feature works is the nominal tree (to William of Ockham). The installation was of great importance to the artist’s body of work because it was the first work in which he explored a ‘systematic procedure.’ The work consists of six fluorescent lamps in three vertical sets grouped as one, two, and three lamps.  It honors the Medieval English theologian, William of Ockham, for formulating the methodological principle “Ockham’s Razor” where one forms a hypothesis based on the most concise means available. 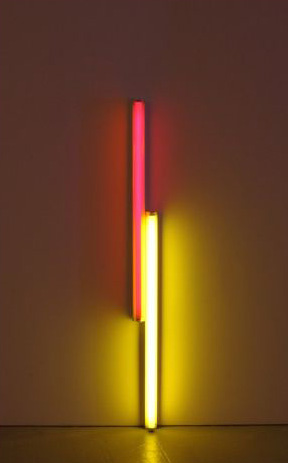 The exhibit will also include Untitled (to Helga and Carlo with respect and affection) (1974) where the artist created a fence-like modular sequence of square lamp units which fills the space with fluorescent blue light. The work was part of a series of four related “barriers” (in blue, pink, yellow, and green) and has not been displayed since it was first on view in 1975 in a solo presentation of Flavin’s work at the Kunsthalle Basel. The work is dedicated to Carlo Huber, who was the director of the Kunsthalle Basel, and his wife Helga. 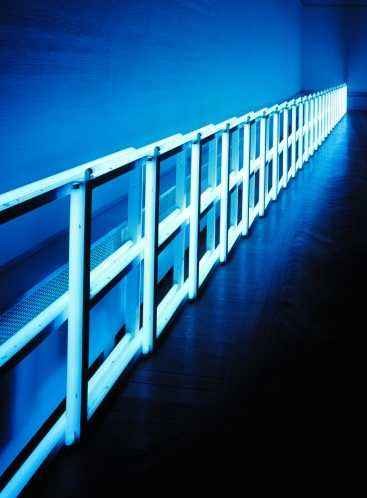 Untitled (to Helga and Carlo with respect and affection) (1974) by Dan Flavin, via David Zwirner

New York- born Minimalist Dan Flavin (1933-1996) had his first exhibitions at the Judson Gallery in 1961 and the Green Gallery in 1964, both located in New York.  His work has since been shown in international galleries all over the world. A major museum retrospective devoted to the artist’s work was organized in cooperation with the Estate of Dan Flavin by the Dia Foundation in association with the National Gallery of Art in Washington D.C. where it was first exhibited in 2004. A permanent large-scale installation work in colored fluorescent light can be found in Marfa, Texas. It is installed in six buildings at the Chinati Foundation. Another long-term installation of Flavin’s work is located in Bridgehampton, New York where in 1983 the artist began renovating a former firehouse and church in order to house his works of art. The space served as well as a place to hold exhibitions as well as a printmaking facility for local artists. The building is now called the Dan Flavin Art Institute and is preserved by the Dia Foundation. 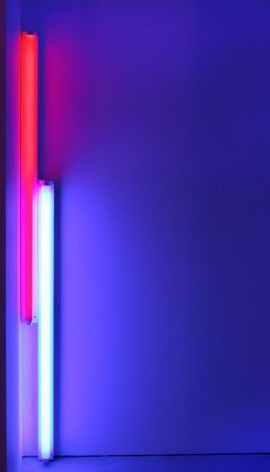 This entry was posted on Thursday, November 5th, 2009 at 10:48 am and is filed under Go See. You can follow any responses to this entry through the RSS 2.0 feed. You can leave a response, or trackback from your own site.