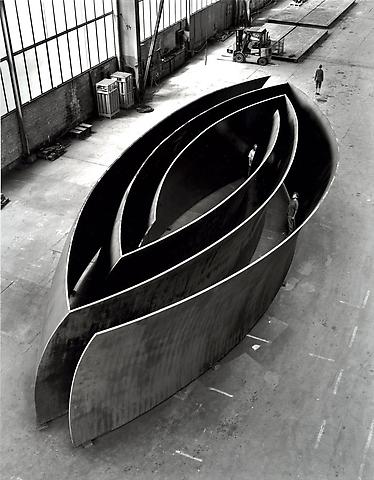 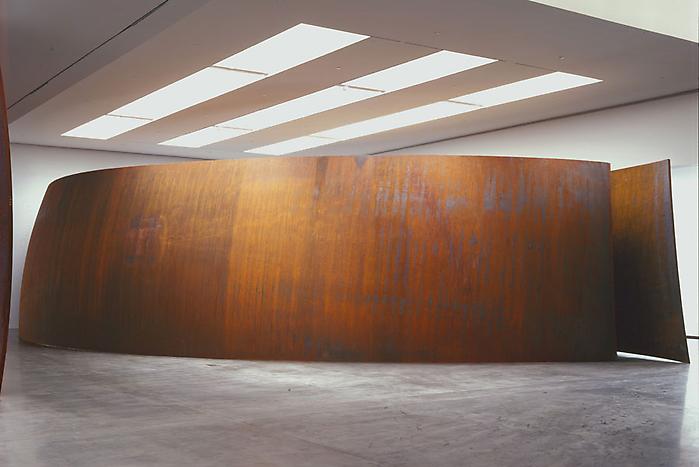 Serra is known for his massive steel sculptures, many in a similar vein as the two on view, that appear to defy gravity and threaten collapse upon the viewer. This is his first major US exhibition since the 2007 retrospective at the Museum of Modern Art. In 2008, Serra’s ambitious work, ‘Promenade,’ was installed at the Grand Palais in Paris, consisting of five steel columns over fifty feet high. 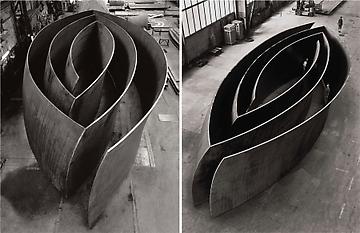 Richard Serra’s ‘Blind Spot’ and ‘Open Ended’ at Gagosian Gallery in Chelsea are on view October 27 through December 23, 2009.

This entry was posted on Tuesday, November 3rd, 2009 at 11:07 pm and is filed under Go See. You can follow any responses to this entry through the RSS 2.0 feed. You can leave a response, or trackback from your own site.