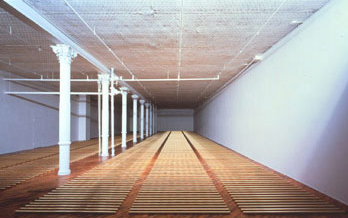 On long term display in Soho since 1979 under the Dia Foundation, The Broken Kilometer (1979) consists of “500 highly polished, round, solid brass rods, each measuring two meters in length and five centimeters (two inches) in diameter.” The rods are placed in five parallel rows, with 100 rods making up each column. This monumental sculpture weighs 18 3/4 tons and would measure 3,280 feet, if all 500 rods were laid end-to-end. The rods’ placement increases by 5mm, with the first two rods placed a mere 80mm apart and the final two rods positioned 580 mm apart. The work is placed in a spacious room illuminated by metal halide stadium lights. Altogether, the piece is approximately 45 feet wide and 125 feet long. De Maria completed The Broken Kilometer in 1979, and it has been on long-term view to the public ever since. 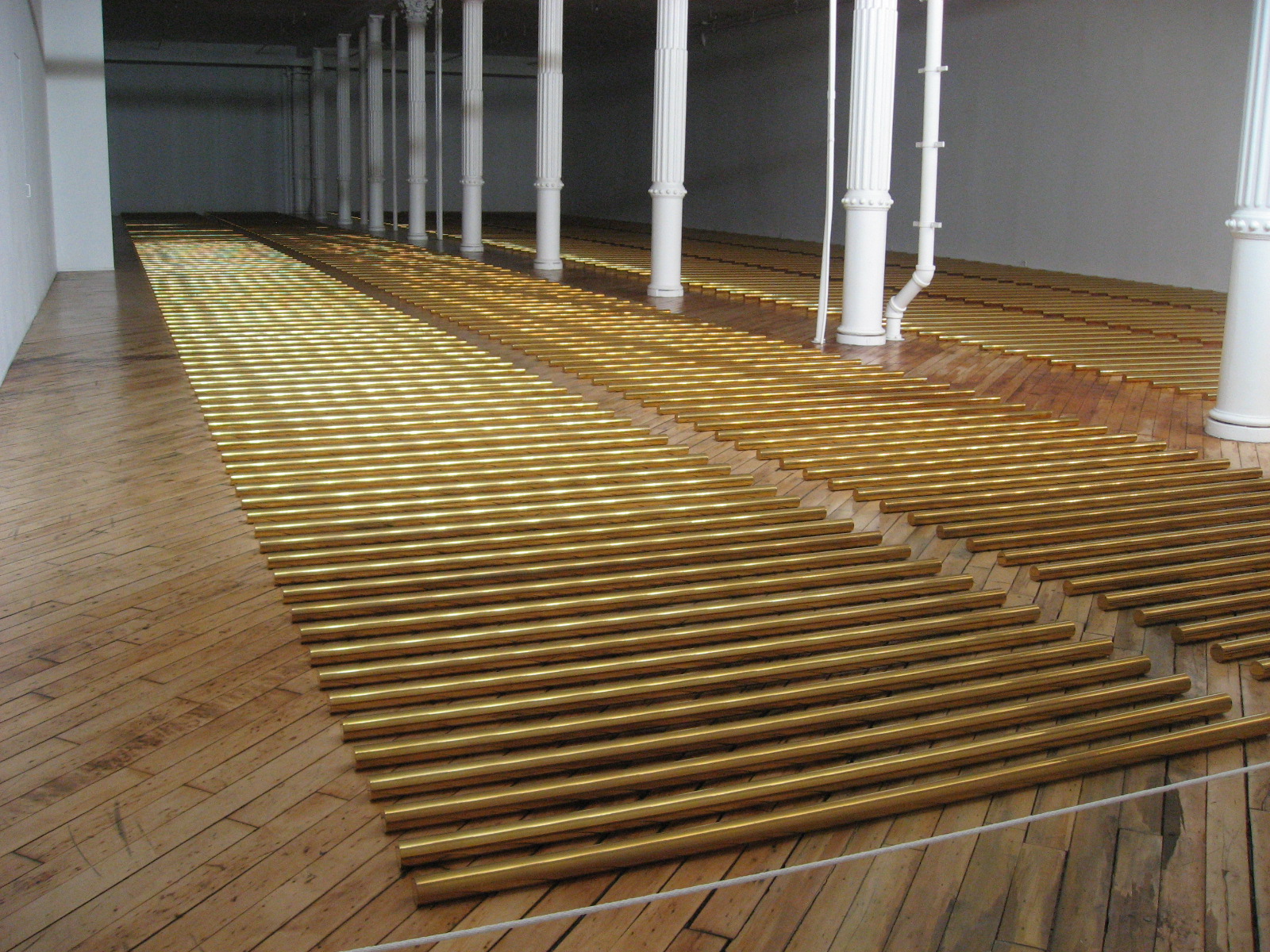 The Broken Kilometer via C4 Gallery

Walter De Maria, “The Broken Kilometer” (1979). Via The Politics of the Object.

Walter de Maria was born on October 1, 1935 in Albany, California.  From 1953 to 1959, De Maria studied history and art at the University of California, Berkeley and moved to New York City in 1960. His early works were influenced heavily by the Dada Movement, which inspired him to work with materials like stainless steel and aluminum. Later on, he would produce sculptures and installations more characteristic of Minimalism.

This entry was posted on Sunday, November 22nd, 2009 at 10:39 am and is filed under Go See. You can follow any responses to this entry through the RSS 2.0 feed. You can leave a response, or trackback from your own site.