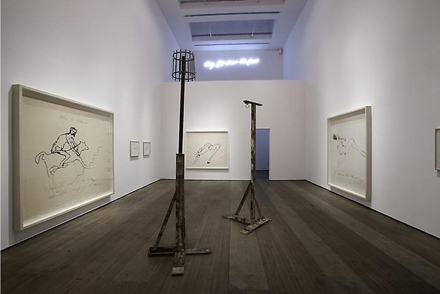 Lehmann Maupin Gallery has opened a new solo show by British artist Tracey Emin at their Lower East Side location. Emin, most notorious for her 2005 work “Everyone I Have Ever Slept With 1963 – 1995″ deals primarily with issues of lust, dreams, and the alienation of sex.

The media in “God Only Knows I’m Good” is varied: the artist employs embroideries, video, monoprints, sculptures, and neons. The embroideries encompass most of the show: sexed-out figures reminiscent of Egon Schiele’s awkward nudes writhe across large-scale canvases made from blankets. A plethora of small drawings also populate the gallery, inviting a more intimate viewer relationship. Tongue-in-cheek texts accompanying these figures offer either a shock of revulsion or a dark humor. “I can’t feel,” the women say, as they fondle themselves. “Every fucking time,” reads another. Both acutely personal and universal, Emin insists the women in her portraits are not directly autobiographical, but rather symbolic of prurience and loneliness. Her use of rudimentary spelling and a shaky line also imbue the work with a kind of disturbing naïveté, given the strong content of the imagery.

In a strange nod to heroic equestrian portraits, one large-scale embroidery depicts a man riding a cow-like figure up a set of stairs, the text reading “Why be afraid when I will be the one who carry’s you to Heaven.” The artist’s use of embroidery, traditionally a woman’s past time, raises an interesting dialogue with its subversive content. 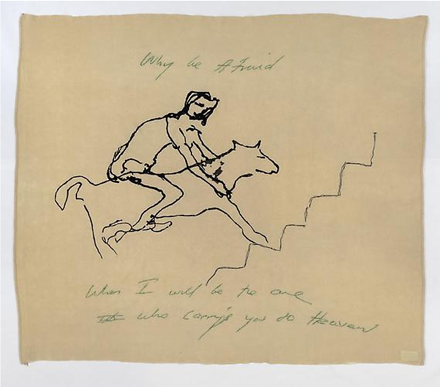 Tracey Emin (b. London, 1963) emerged in the nineties as a member of the Young British Artists group, known for their pugnacious artworks and public persona. Her often autobiographical work explores differing perspectives on femininity, sexuality, longing, and the voyeuristic gaze. She was nominated for the Turner Prize (1999) and represented the UK in the Venice Biennale (2007). She has exhibited internationally in museums and galleries since the nineties. 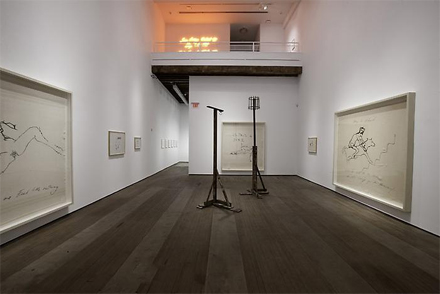 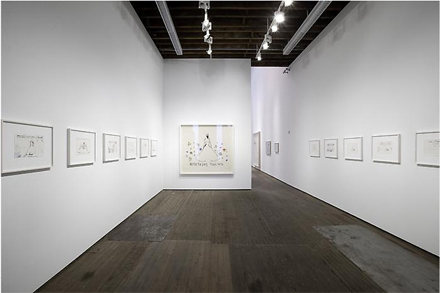 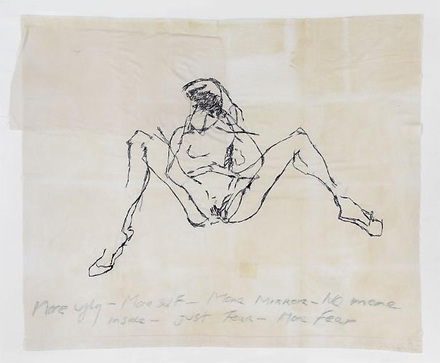 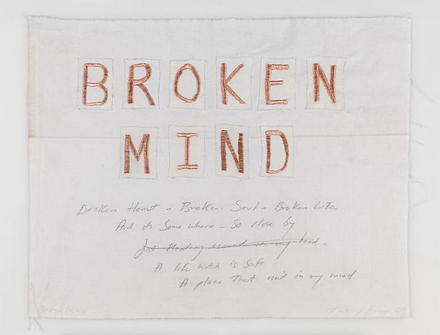 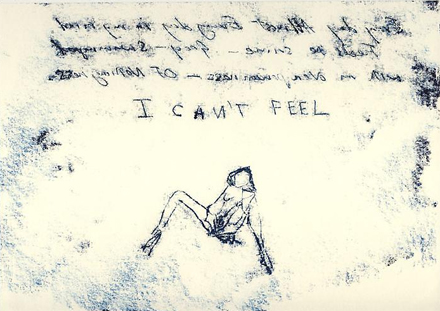 This entry was posted on Thursday, November 19th, 2009 at 4:48 pm and is filed under Go See. You can follow any responses to this entry through the RSS 2.0 feed. You can leave a response, or trackback from your own site.