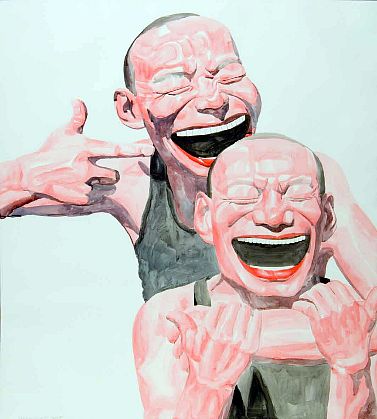 Smile-isms, an exhibition of a new set of 28 original prints by the internationally renowned Chinese artist Yue Minjun, is now on view at the Arario Gallery in New York City. The prints depict the iconic laughing face of the artist in various states from solitary play to humorous camaraderie. The joyful self-portraits reveal an unexpected viewpoint on the idea of personal freedom and satisfaction in contemporary Chinese society. 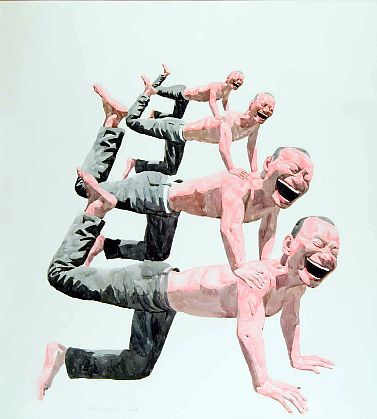 Yue Minjun graduated from Hebei Normal University in 1985 with a degree in oil painting. He then moved to Beijing and joined an artists’ community in Yuan Ming Yuan. There Yue became an important figure in the Cynical Realism movement. Formed in part as a response to the the tragedy of the Tiananmen Square massacre in 1989 and against the closure of the China Avant Garde exhibit at the National Gallery the same year, cynical realism began in the 1990s through the pursuit of individual expression by Chinese arts eager to break away from the collective mindset that prevailed during the Cultural Revolution. 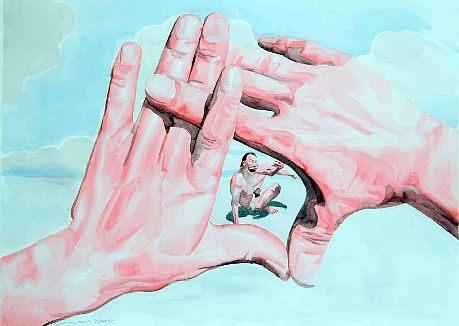 There appears to be a bit more behind Yue’s characters of laughing, grinning, at times satirical and mocking faces. As much as they exude the state of glee there is an element of something forced, as if these figures were smiling in rebellion and determination against a society which made expression difficult and happiness a task. 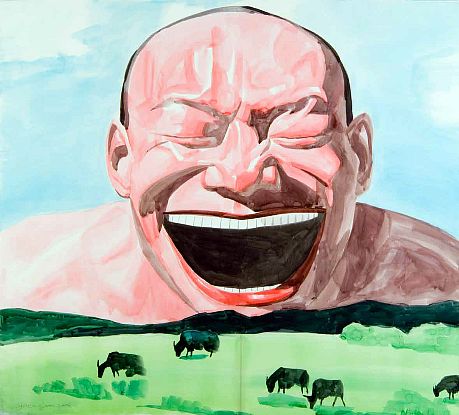 “I have always found laughter irresistible – well, at least I don’t dislike it. I paint people laughing, whether it is a big laugh, a restrained laugh, a crazy laugh, a near-death laugh, or simply laughter about our society: laughter can be about anything. Laughter is a moment when our mind refuses to reason. When we are puzzled by certain things, our mind simply doesn’t want to struggle, or perhaps we don’t know how to think, therefore we just want to forget it. The 90’s is the time when everyone should laugh. Artists are the kind of people who always like to reveal to the simple, innocent and humble souls the never-ending illusion of our lives,” says Yue Minjun. 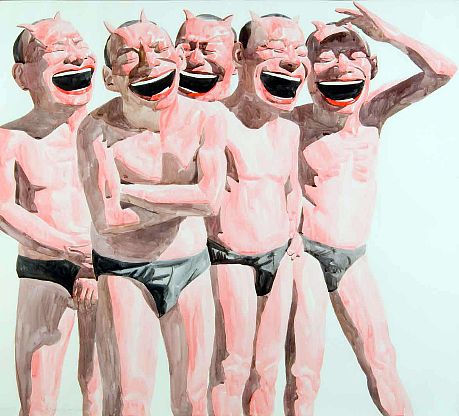 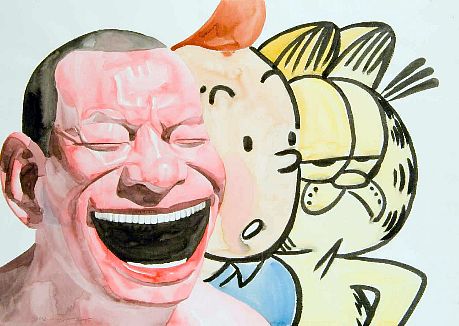 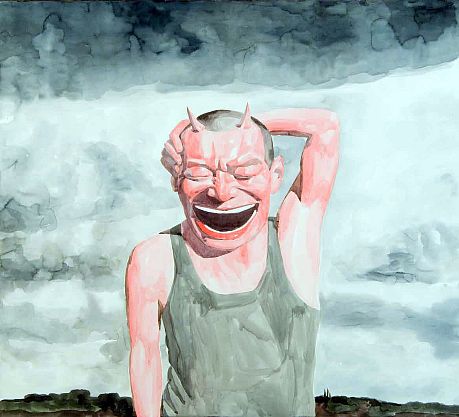 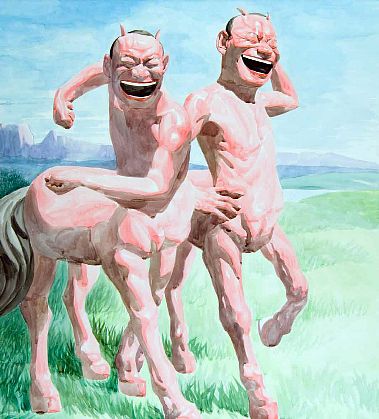 This entry was posted on Monday, November 9th, 2009 at 3:44 pm and is filed under Go See. You can follow any responses to this entry through the RSS 2.0 feed. You can leave a response, or trackback from your own site.