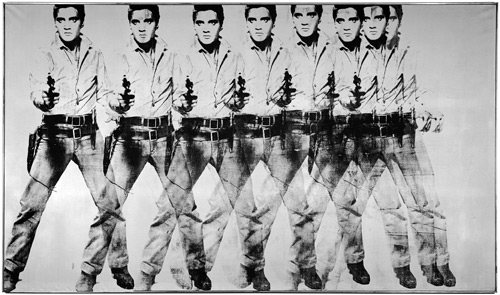 Eight Elvises, which sold for $100 million in a private deal last year via TheEconomist

—  The Economist has a downloadable special report on the art market, in it Sarah Thornton reports in an article on Warhol, in the wake of the sale of his work in the recent New York  contemporary auctions for $43.8 million, that in August 2008 Andy Warhol’s singular “Eight Elvises” was sold privately to an unknown buyer for $100 million [Economist]

– Close to $100M of Russian art aims to be sold for Russian Art Week in London, where the vast growth of wealth in Russia allows for repatriation of that country’s works [Bloomberg] more on this here [WallStreetJournal] 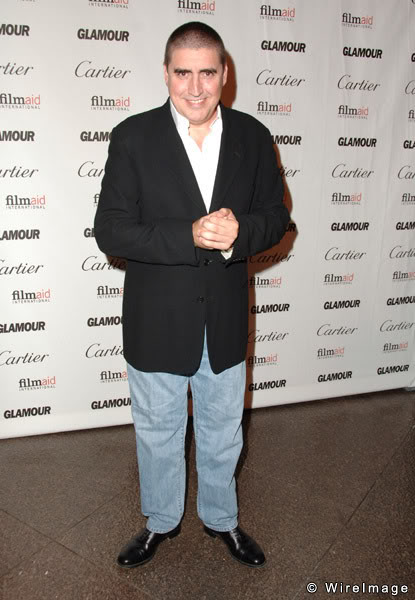 In London, Alfred Molina is to play Mark Rothko in a play regarding Rothko’s time producing the Seagram’s Murals. [FinancialTimes]

–  The Venice Biennale posted record attendance at 375,000 this year [Artinfo]

– A video interview with Anish Kapoor, now exhibiting at the Royal Academy through December 11th [BBC]

– James Rosenquist tells of his New York in his seminal years, his memoir has just been published [NYMag] 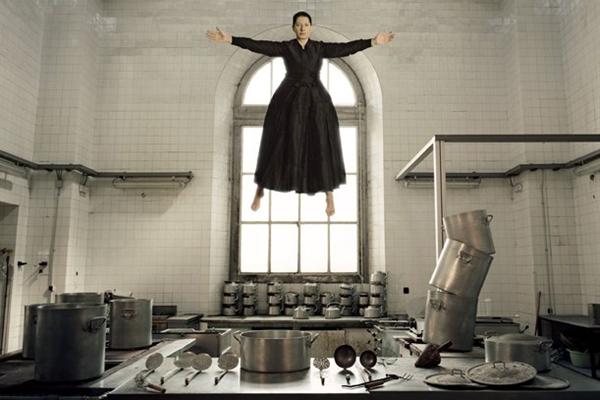 Marina Abramović “The Kitchen I” via DazedDigital

– An interview with, Marina Abramović, the “grandmother of performance art” [Dazed Digital]

This entry was posted on Tuesday, December 1st, 2009 at 5:17 am and is filed under Art News. You can follow any responses to this entry through the RSS 2.0 feed. You can leave a response, or trackback from your own site.