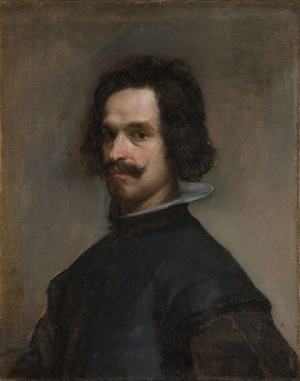 Diego Rodriguez de Silva y Velazquez, “Portrait of a Man,” 1630. Via The Met

Currently showing at the Metropolitan Museum of Art in New York is an exhibition of works by the great Spanish painter Diego Rodriguez de Silva y Velázquez.  The heart of the exhibition features a newly identified painting by the artist.  Formerly ascribed to his workshop, the work was only recently re-attributed to the master himself after an incredibly revealing cleaning and restorative process.  Prior to the conservation, the painting was distorted by “degraded varnish” and “discolored restoration,” obscuring significant qualities of the work.  The new attribution represents a fascinating kind of case study regarding altering critical opinion surrounding the origin of a work and changes in its identification.  The painting is exhibited amongst other works by the Spanish artist, to whom fewer than 120 paintings are known to exist. 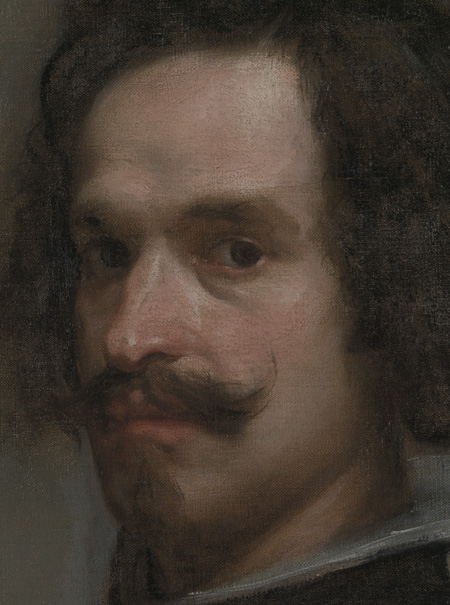 Diego Rodriguez de Silva y Velázquez, “Portrait of a Man,” (Detail of face and hair) Via The Met The subjects identity remains in question. 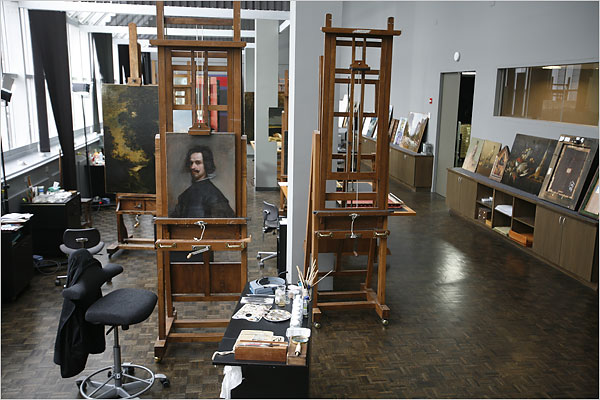 Velázquez, “Portrait of a Man,” in the Met’s conservation lab. The identity of the subject in the painting remains unknown. Via NYTimes. “The quality has always been there.   And I had a hard time believing that a work of quality was a product of a generic workshop,” Keith Christiansen, the Met’s newly appointed chairmen of European Paintings, has stated. 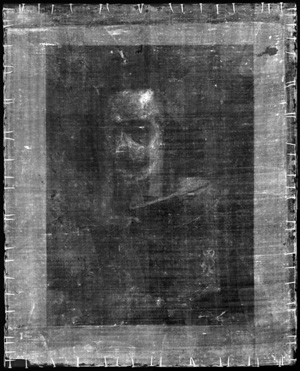 An X-Radiograph of the painting. Via The Met

The painting was compromised from its original state many times during various attempts to restore it in the 1920’s, 1953 and again in 1965. Thick, discolored layers of varnish were used in the restorative processes and resulted in making the work look more finished than the artist had originally intended. The heavy varnish also made the work look much darker than the work of Velázquez. When the painting was later cleaned, the picture “literally revealed a new work of art: a portrait done from life, with parts left only summarily described, painted in a fashion typical of Diego Velázquez, to whom it may now be more confidently attributed.” The work was bought by Jules Bache in 1929 as a “Velázquez Self-portrait” but it was handed off to the Met in 1944–it’s painterly qualities growing blurry underneath the heavy varnish. It was eventually downgraded to “School of Velázquez” in 1979. The painting was excluded from the Met’s major Velázquez exhibition of 1989 and was considered–but not requested–for the more recent Velázquez exhibition at the National Gallery in London in 2006. 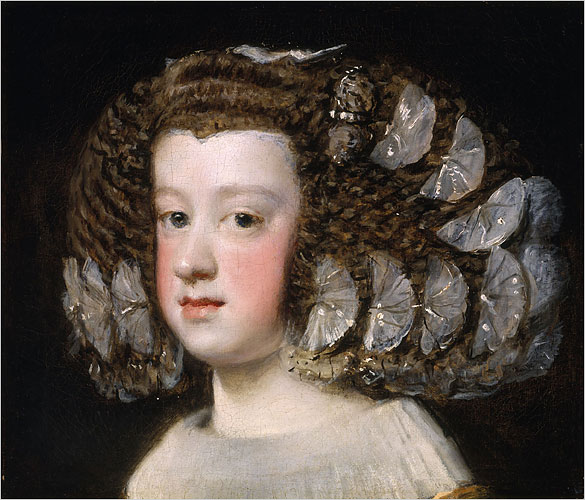 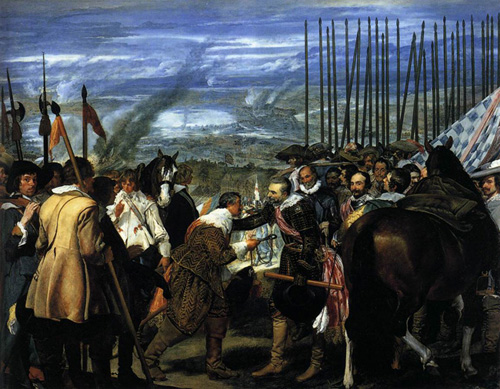 Velázquez was born in Seville, Spain in 1599 and lived in Madrid as a leading artist in the court of King Philip IV after executing a portrait of the King (1623, Prado).  The artist is considered to be one of Spain’s greatest Baroque painters for his realistic historical depictions, mythological scenes and nudes that demonstrate an inclination towards naturalism.  Velázquez worked as an apprentice to Francisco Pacheco, a Sevillian Mannerist painter and author of an important treatise– El Arte de la Pintura (The Art of Painting, 1649).  The old master died in Madrid in 1660.  His work is believed to have had a significant impact on his greatest successor, Francisco de Goya. 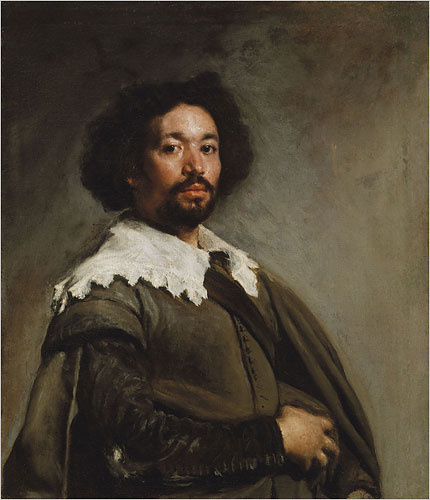 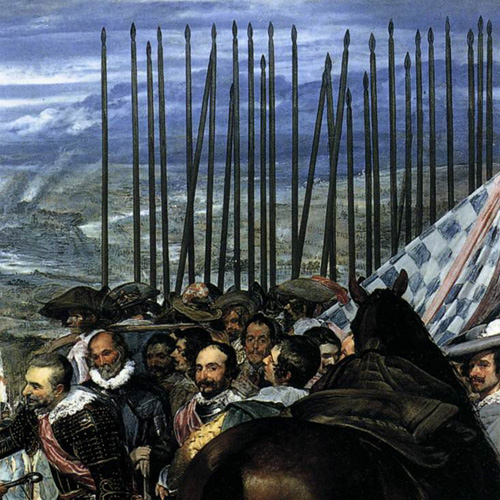 Diego Rodriguez de Silva Velázquez, “Detail from Surrender of Breda” 1634-5, Via The Met

This entry was posted on Wednesday, December 23rd, 2009 at 11:05 am and is filed under Go See. You can follow any responses to this entry through the RSS 2.0 feed. You can leave a response, or trackback from your own site.