Go See – Paris: Francesco Vezzoli’s ‘Right You Are (If You Think You Are)’ at the Jeu de Paume through January 17th 2010 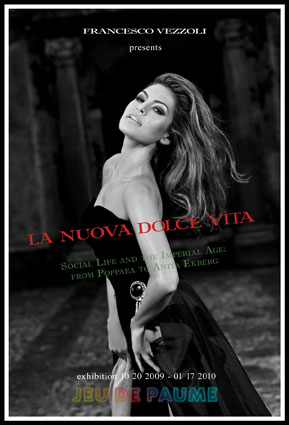 Currently on view at the Jeu de Paume in Paris is Francesco Vezzoli’s “À Chacun Sa Vérité.” The exhibition is devoted to the renowned Italian film director Federico Fellini.  Vezzoli presents two new works which investigate the realms of illusion and and fiction in our everyday perception of reality.  The artist also incorporates themes which are present throughout Fellini’s work such as his love of celebrities, the ongoing presence of desire,  his continual references to the mass media, and the myths often found in social and political life. 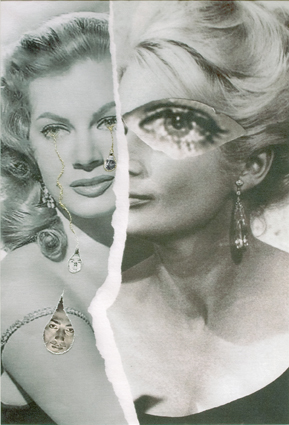 The auditorium of the Jeu de Paume will show a video version of Vezzoli’s performance at the Guggenheim in New York as part of Performa 2007 “Right You Are (If You Think You Are).” The performance is a reinterpretation of Luigi Pirandello’s play “Each in His Own Way.” Vezzoli transforms the original version which emphasized the impossibility of obtaining objective truth into an investigation on the modern individual’s obsession with fame and the private lives of celebrities. 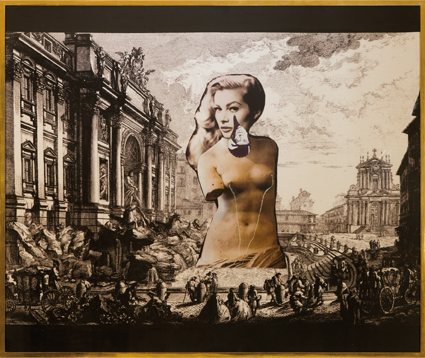 Vezzoli created a second piece specifically for the Jeu de Paume.  In this work, which is in the form of an advertising campaign for “La Nuova Dolce Vita,”  he similarly probes the relationship between the public and “media truth.” A glamorous and renowned Hollywood actress appears to lead an imaginary event.  Soon after she appears she is replaced by the “communication tools” of the moving image as the closing credits come before the viewer expects them. 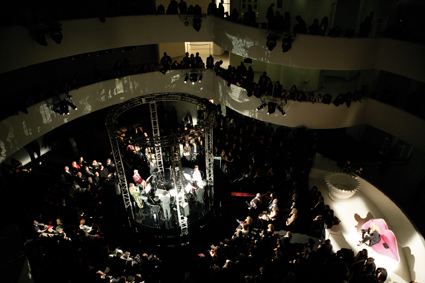 Vue de la performance “Right You Are (If You Think You Are),” (À chacun sa vérité) (2007) by Francesco Vezzoli, via Jeu de Paume

Francesco Vezzoli was born in Brescia in 1971. He studied at Central Saint Martins College of Art in London and now lives and works in Milan. Vezzoli exhibited at the Venice Biennale in 2007 and at the Whitney Biennale in New York in 2006. Now a renowned contemporary artist, his work is displayed in leading international art galleries around the globe. 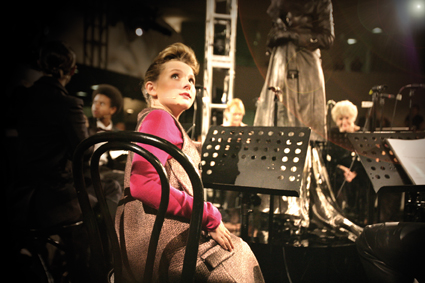 Abigail Breslin pendant la performance “Right You Are (If You Think You Are)”, (À chacun sa vérité) (2007), via Jeu de Paume

This entry was posted on Wednesday, December 9th, 2009 at 10:42 am and is filed under Go See. You can follow any responses to this entry through the RSS 2.0 feed. You can leave a response, or trackback from your own site.