Dubbed as “an historic event for the art market,” Christie’s Old Master & 19th Century Art sale in London in December realized £68,380,250 – the highest ever total for an Old Masters auction. Following this ground- breaking success, expectations are high as Christie’s kick-off ‘Old Master Week’ in New York today, January 27, with their two-part sale of Old Master & 19th Century Paintings, Drawings, and Watercolors. This sale will present over 320 works from Lucas Cranach the Elder, Jan Brueghel II, Thomas Gainsborough, Gaetano Gandolfi, Jean Baptiste Camille Corot, and Samuel Palmer, among others. Total sales are expected to achieve in excess of $48 million. Sotheby’s “Important Old Master Paintings and Sculpture” auction will take place on Thursday, January 28 and is dominated by a Rembrandt portrait of a young woman from 1632 estimated at $8m-$12m, along with the controversial painting linked to Leonardo da Vinci - ‘La Belle Ferronnière.’ 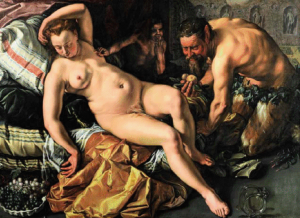 While many existing records were smashed in London, this can be accredited almost entirely to a few stand-out paintings – at Sotheby’s sale, a rare self-portrait of Anthony van Dyck sold for £8,329,250, a late portrait by Rembrandt sold for £20,201,250 at Christie’s along with Raphael’s drawing, Head of a Muse, which sold for £29,161,250 – the 2nd highest price ever paid for any Old Master painting or drawing. Quickly following these auctions Reuters observed that while the economic slump may not have effected the deep-pocketed collectors of Old Master works, this group are only prepared to pay for rare, high-quality pieces and the run-of-the-mill will go unnoticed. And so, in anticipation of another potentially record-breaking series of auctions, press-reports have been dominated by discussion of a few key pieces. 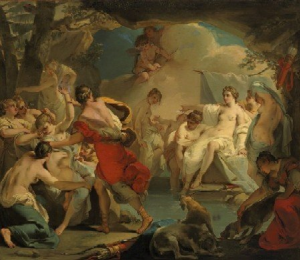 One is ‘La Belle Ferronnière’  – a portrait of a woman once attributed to Leonardo da Vinci that has been at the center of a major art world debate – a dispute that began in 1921 between its owners Harry and Andree Hahn and the dealer Joseph Duveen, who declared the work a fake (without having seen it), launching a legal battle that would span the decade. The Sotheby’s catalogue lists the work as having been completed by a “follower of Leonardo da Vinci” and is accompanied by an estimate of $300—500,000 – a price that has undoubtedly been influenced by the picture’s celebrity.

Another painting generating a lot of discussion is, Jupiter and Antiope –  an enormous work by the Dutch artist, Hendrick Goltzius. Like the aforementioned piece, this work comes with an interesting history that surely broadens its appeal – last year, as a result of a restitution claim, Jupiter and Antiope was returned to the heirs of a German toy-maker who sold the painting under duress in World War II to Hitler’s right-hand-man, Marshall Hermann Göring. According to The Economist, “the imagery is unfashionable and the picture less than beautiful,” making the estimate of $8 – 12 million is seem rather ambitious.

Stealing the headlines surrounding Christie’s 320-lot sale is the largest Old Master painting ever to be put up for sale in the auction house’s history. Le Pont Sur Le Torrent by Hubert Robert, measures over 20 feet wide by 13 feet high, and carries an estimate of $2 million – $3 million. The work has rarely been seen in public since it was acquired at auction by the newspaper baron William Randolph Hearst in 1925.

While Sotheby’s and Christie’s hold their auctions of old master paintings, drawings, and sculpture, twenty-two local and European dealers will exhibit a selection Old Master works in galleries in the city’s Upper East Side under the auspices of Master Drawings in New York – a joint initiative, now in its fourth year, which began as Master Drawings in London.  The line-up includes the London-based specialist Jean-Luc Baroni, Andrew Wyld and the Florentine and London dealer Fabrizio Moretti.

This entry was posted on Wednesday, January 27th, 2010 at 3:21 pm and is filed under Art News. You can follow any responses to this entry through the RSS 2.0 feed. You can leave a response, or trackback from your own site.