Go See-New York: Diane Arbus ‘In the Absence of Others’ and William Eggleston ’21st Century’ at Cheim & Read Gallery through February 13th 2010 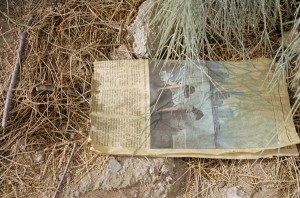 Currently on view at Cheim & Read Gallery in New York are two concurrent photography exhibitions featuring rarely shown photographs by Diane Arbus and William Eggleston.  The works by Diane Arbus are grouped under the “In the Absence of Others” and feature empty rooms  and artificial rooms taken during the 1960s. The exhibition of Eggleston’s works is entitled “21st Century” and highlights his most recent works. 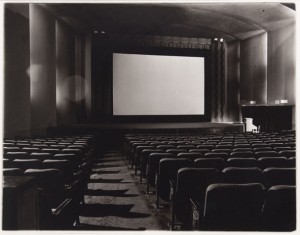 An Empty Movie Theater (1971), by Diane Arbus, via T Magazine 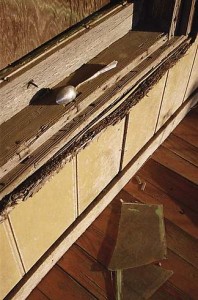 Untitled (Spoon on Windowsill, Kentucky) (1999) by William Eggleston, via Cheim and Read Gallery

Diane Arbus (1923-1971) was born in New York City where she lived and worked throughout her life. Her black and white photographs feature couples, children, carnival performers, nudists, eccentrics, and celebrities. Arbus’s unflinching attention to the detail of her subject matter as well her loyal reverence for the documentary quality of the photographic medium have endowed her photographic images with never ending power and resounding presence.

Arbus is associated with the generation of “street photographers” due largely to her inclusion in MOMA’s 1967 Documents exhibition organized by John Szarkowski. The group included Lee Friedlander and Garry Winogrand who took their cameras with them along the streets of New York City ready to capture any eclectic and often bizarre juxtapositions that often occurred instantaneously in modern city such as New York. Arbus’s work differs slightly from this approach in that she rarely shot chance encounters spur of the moment, but rather studied her subjects carefully taking in the context and circumstance around them which consequently instilled great depth in her work. The works in this exhibition featuring intimate bear rooms and seemingly somber landscapes, are like so many of Arbus’s works:  full of paradoxes and multiple meanings. 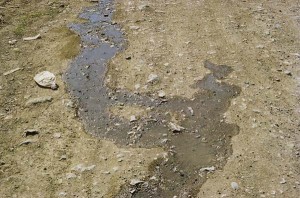 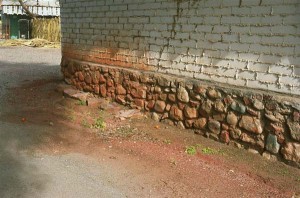 Eggleston’s current works on display respond to questions of color, composition, and texture and capture moments and objects which the casual observer so often overlooks. His works of the rural south expose the earthen quality found on various objects, buildings, and landscapes. Seemingly documentary it would be a mistaken to completely label Eggleston’s work as such; his careful attention to formal concerns such as color saturation and pictorial composition could be compared to a painter’s usage of such concepts in order to further heighten his art and elevate the subject matter.

The photographic works by William Eggleston and Diane Arbus are interestingly complementary and set a stage for a review of two of the 20th century’s most esteemed photographers.

This entry was posted on Saturday, January 23rd, 2010 at 5:13 pm and is filed under Go See. You can follow any responses to this entry through the RSS 2.0 feed. You can leave a response, or trackback from your own site.