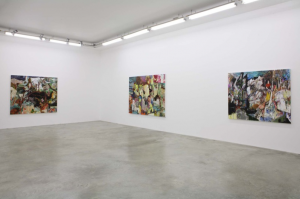 Now showing at Galerie Emmanuel Perrotin in Paris is a look at the Miami-based artist Hernan Bas, unprecedented in France. The exhibition, entitled “Considering Henry,” is on view through March 13, 2010 and borrows new works from major collections belonging to the Museum of Modern Art, the Whitney, MOCA (both Los Angeles and Miami), The Rubell Family Collection, The Saatchi Collection, SFMOMA and the Hirshhorn. Tracing prevalent themes of solitude and reflection in Bas’s romantically-inflected oeuvre, the exhibition follows the artist’s steadfast inspiration in nineteenth-century literature and painting. 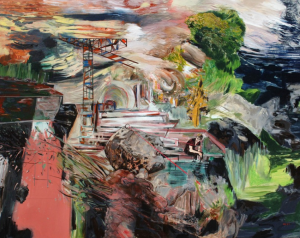 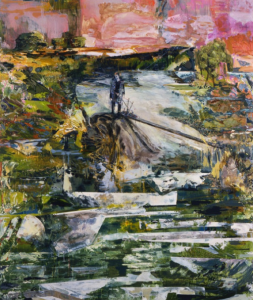 A direct tribute to the philosopher Henry David Thoreau, “Considering Henry” traces Bas’s fascination with canonical Transcendentalist writing, including the quintessential Walden (1854), in which the author’s pivotal concept of civil disobedience is expounded. Giving voice to the individual’s voluntarily extrication from society and spiritual fulfillment in nature, works such as The landmark (or the laser point) depict a minuscule figure in an isolated dwelling space, decrying organized civilization for his lawless, stormy environment. 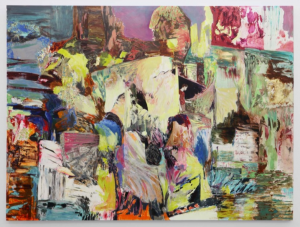 Dense in mythical and metaphorical content, The bagpiper in exile (or, the sad wind), for example, descends from Bas’s theoretical grounding in Classical painting and the French Romanticists, including Lautreamont and Huysmans. 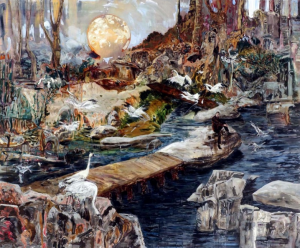 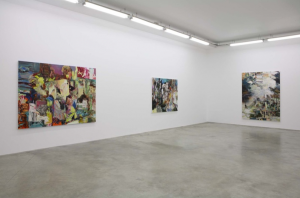 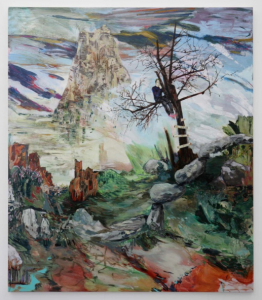 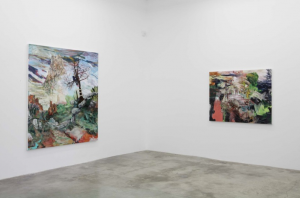 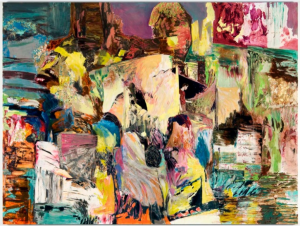 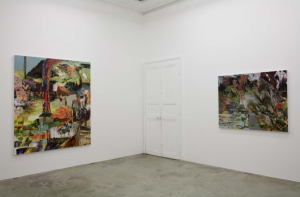 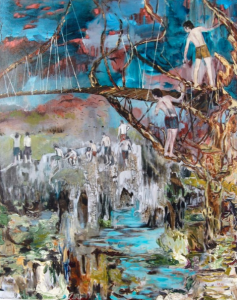 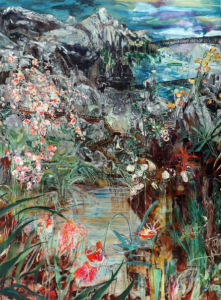 All images via Galerie Emmanuel Perrotin unless otherwise noted.

This entry was posted on Tuesday, January 12th, 2010 at 11:12 pm and is filed under Go See. You can follow any responses to this entry through the RSS 2.0 feed. You can leave a response, or trackback from your own site.