The Philosophy of Andy Warhol (From A to B and Back Again)
(Andy Warhol, 1977)
Read More and Buy↠
Home » Newslinks for Friday January 15th, 2010 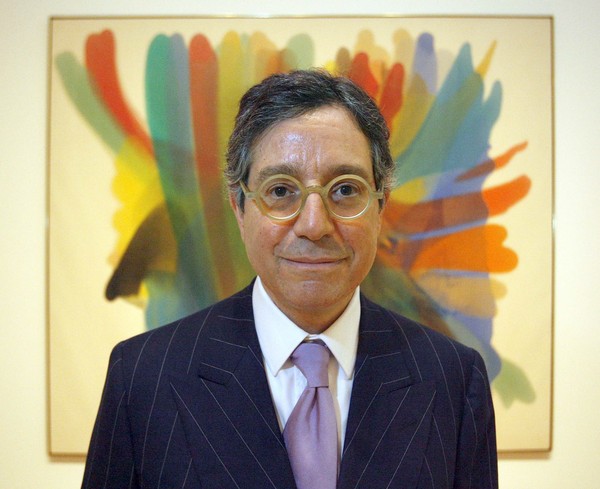 More on  MOCA’s new director, Jeffrey Deitch, who brings his more business-oriented background to the Museum in LA: [Bloomberg] Deitch’s contract with the museum has certain safeguards against conflicts of interest that might arise from his foot in the business world– among the new rules, Deitch must notify the museum’s board of anything he adds to or sells from his collection. [LATimes]

Eli Broad and his Broad Art Foundation reveal that they are considering 3 different Westside locations on which to build and endow a museum for his art collection. The third site was recently revealed as being a ten-acre parcel on the campus of West LA College in Culver City.  [LA Times]

Works by Picasso and Henri Rousseau have been stolen from a private villa in the South of France, marking the country’s second major art robbery in that week– (work by impressionist painter Edgar Degas was stolen from the Cantini Museum in Marseilles only days before). [FT]

Inside Zhang Dali’s exhibit. Via WSJ

Chinese artist Zhang Dali’s exhibition, which juxtaposes historical political photos before and after the intervention of the censors of the Chinese Communist Party, has opened at the SZ Arts Center in Northern Beijing.  [WSJ]

In related, mainland Chinese are buying more art at Christie’s International Auctions in New York and Europe as their economy grows–the past two years have seen the Chinese outbid the Americans and Europeans at art sales in Hong-Kong (the third largest auction market after New York and London) [Bloomberg]

In further related, an interesting look into the wondrous lives of artist-expatriates in China, where one can rent “airy studios, hire assistants” and “experiment in costly  mediums…” [NYT] 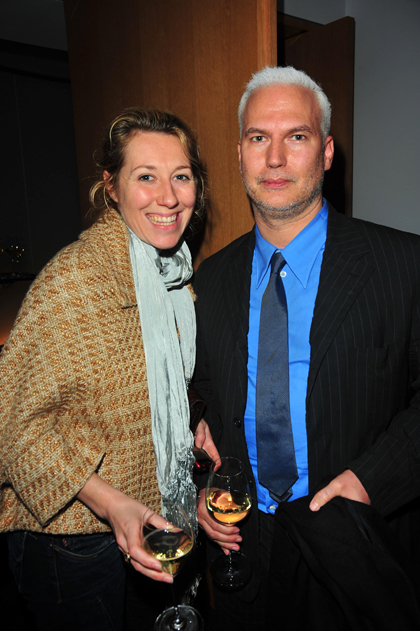 The soon-to-be chief curator of the Museum of Modern Art, Klaus Biesenbach, is taking over as the director of P.S. 1 Contemporary Art Center in Long Island City. [NYMag]

After thorough detective work, scholar and curator Martin Bailey has assembled evidence that may explain why Van Gogh slashed his ear off– Van Gogh’s brother emerges as a critical  part of the picture. [Times Online]

Arts and Business Chief Executive Colin Tweedy predicts that spending on the arts in the UK will be depressed for the next two years, adding that the smaller arts organizations  are suffering the most. [Bloomberg] 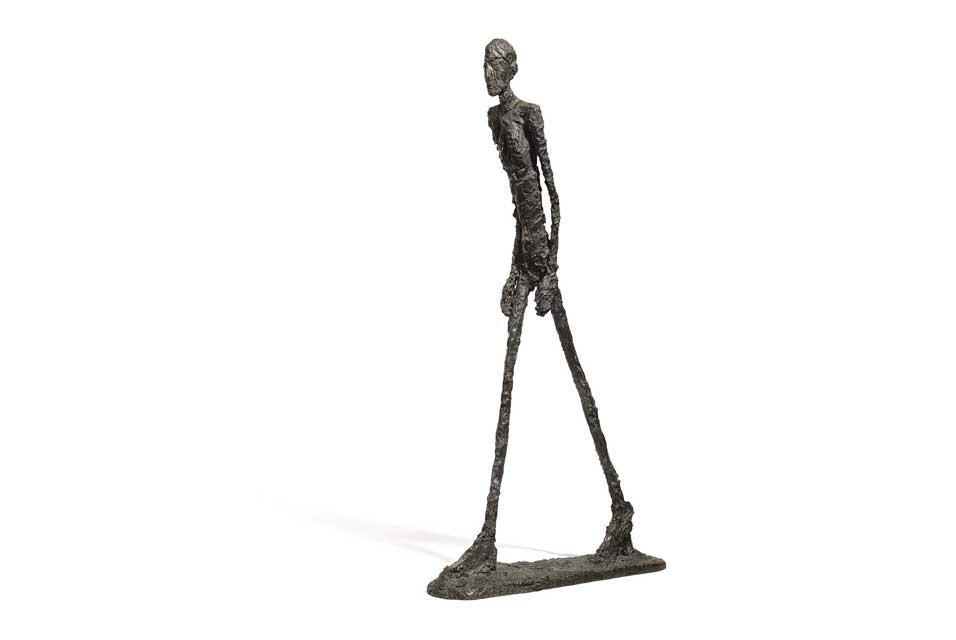 Key pieces by Giacometti, Gustav Klimt and Cezanne will come together in a multi-million pound auction in London.  Germany-based Dresdner Bank AG’s Giacometti sculpture is set to boost auctions in London– the piece itself is predicted to fetch 18 million pounds. [Bloomberg]

Further, A landscape by Klimt, presumed to have been looted during the second world war, is to be sold at Sotheby’s for up to 8 million euro. [Telegraph] 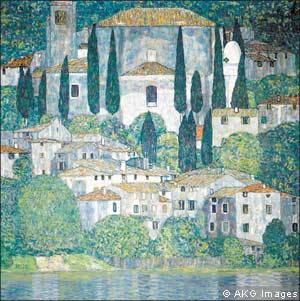 Billy Name, the resident photographer of Andy Warhol’s ‘Factory’ for seven years, is trying to retrieve his missing archive of negatives of the ‘superstars, celebrities and hangers-on’ that swarmed the studio. [NYTimes]

An update on the recession-induced blue period: the battered art market is still showing signs of struggling auction houses and falling prices for some of the world’s top artists.[WSJ]

As planned, Turner Prize winner Richard Wright’s gold-leaf fresco painting (which won him the prestigious award) was erased by workers at the Tate Britain Museum. The artist was not present for his works destruction. [NYTimes] 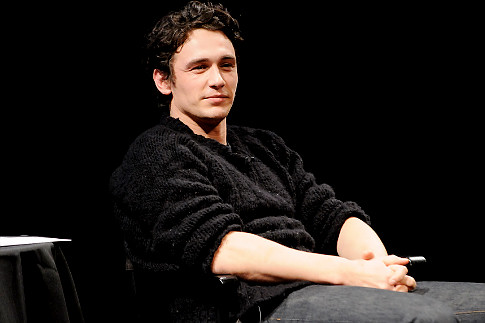 Actor James Franco will participate, as his ‘bad-boy’ character from TV Series General Hospital, in a gallery show at New York’s Deitch Projects. The show will then be appearing in a subsequent episode of General Hospital.[NY Mag] 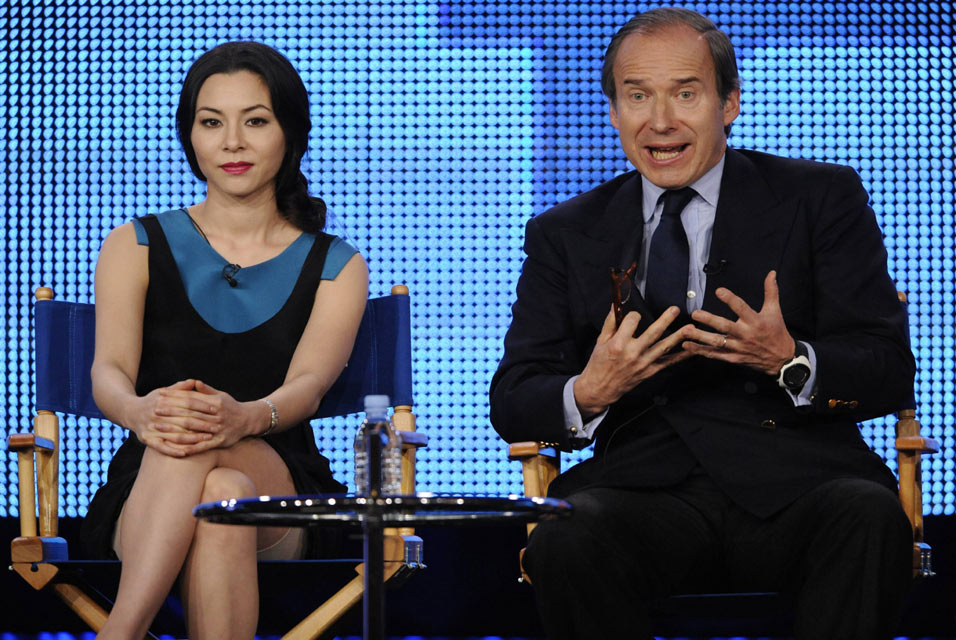 China Chow and Simon de Pury on set of the new Bravo reality series. Via ArtDaily 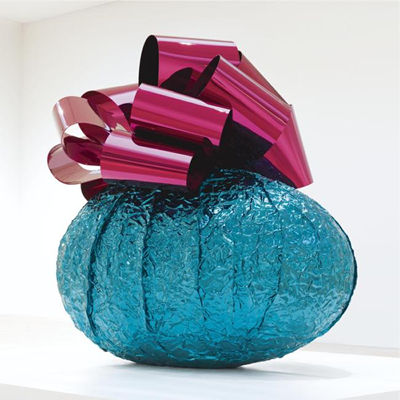 Dealers are saying that prices on works by Damien Hirst and Jeff Koons have dropped fifty percent and are speculated to take the next decade to recover to their former record highs.[Bloomberg]

In related, the UK Arts and Antiques Survey for the last quarter for 2009 showed that the number of surveyors reporting rising rather than falling value for contemporary art was 6 percent; this is the first positive reading since mid-2008. [Art Review] 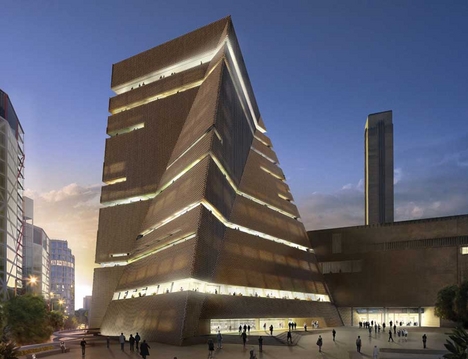 Extension of the Tate Modern, Via BD

Michael Brand  is stepping down from his position as the director of the J. Paul Getty Museum, before the end of his five-year contract, leaving speculation of a personality clash between Brand and his boss, the Chief Executive of the Getty Trust, James Wood.[LATimes]

BBC has been criticized for spending millions of pounds of license fee payer’s money on art for its new flagship headquarters building in central London–among the most expensive of the refurbishment was a remote controlled helicopter equipped with a camera.[Telegraph] 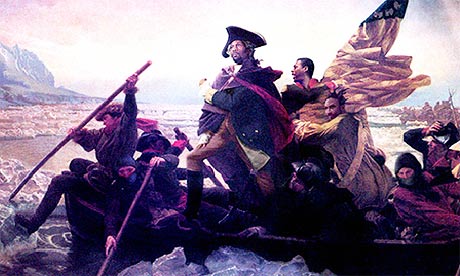 RZA’s “Victory or Death,’ Via Guardian.

Wu-Tang Clan’s RZA re-imagines Emanuel Leutze’s 1851 historical George Washington Painting by replacing the first president’s face with his own– his new body of artwork is entitled ‘Victory or Death,’ and has brought up comparisons between hip-hop and the American War of Independence… [Guardian]

Amidst the recession, there’s one profession with a bright outlook– the number of curators is expected to rise by 23 percent between now and  2018. [US News]

This entry was posted on Friday, January 15th, 2010 at 1:07 am and is filed under Newslinks. You can follow any responses to this entry through the RSS 2.0 feed. You can leave a response, or trackback from your own site.