January 15th, 2021
REFERENCE LIBRARY
Home » AO On Site – Gert and Uwe Tobias “Come and See Before the Tourists Will Do – The Mystery of Transylvania” at Team Gallery through 13 March 2010 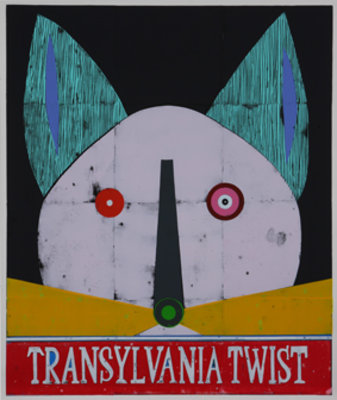 Last Thursday, ArtObserved were on site at Team Gallery for the opening of an exhibition of new work by twin brothers and artistic collaborators, Gert and Uwe Tobias. The title of the exhibition, “Come and See Before the Tourists Will Do – The Mystery of Transylvania,” was originally used by the brothers in 2004 to describe a body of works that acted as mock-advertising for low-budget horror movies set in their native Transylvania. Initially it was a reaction the Romanian governments proposal to build a “Dracula Park” in order to encourage tourism in the area. In this rendition of the series they chose a number of European vampire film titles from which to construct their lively woodcut “posters” around. The works are very much informed by folklore and regional mythologies and thus are concerned with the construction of cultural identity.

Artist Uwe Tobias (right) at the opening of Come and See Before the Tourists Do – The Mystery of Transylvania at Team Gallery on February 11, 2010. Photographs by Oskar Proctor.

More text, image and related links after the jump…. 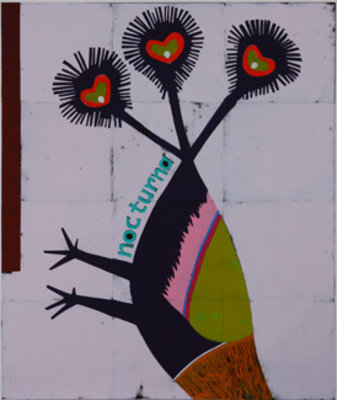 Nevertheless, the works are not only a sardonic commentary on Europe’s collective notion of Transylvania, but they are beautiful modernist artworks. The twin’s appropriate visual vocabulary from a range of disparate sources including textile design, Bauhaus, vintage fashion magazines, more obviously travel poster design. Though valued and treated as rarefied artworks these prints simultaneously feel very firmly rooted in design, in their attention to typography and other graphical elements to their construction.

There is notable tension between the artists’ individual presence within the creative process and the references to mass-production, which create a pointed statement about the commerce of art making. Interestingly, each print is produced in pairs, which are never strictly identical but always very similar; many observers have chosen to understand this within the context of their biography, being twin brothers. However, doubling up the images actually seems to serve the purpose of proving that each artwork stands alone, within its own right, with its own personality.

Along side the works on the wall are two long cases displaying collages using materials from books and other printed matter. Again these make the same point about mass production versus the artist’s hand. Yet this point is subtle and not forced. Finally, the second gallery houses the “exhibition woodcut” which functions at once as an autonomous artwork and as promotional material for the exhibition itself. As a whole the exhibition is very much in tune with pop culture yet maintains a stylized, craft aesthetic that appeals to our desire to see and know the artist. The works are bold, fun and accessible.

This is now the Tobias brothers second solo exhibition at Team Gallery, and it follows a string of triumphs for the brothers in recent years including being the youngest recipients of the prestigious Cologne Fine Art Award and featuring in MoMA’s Projects series in 2008. Gert and Uwe Tobias are now a concrete feature in the contemporary art world. 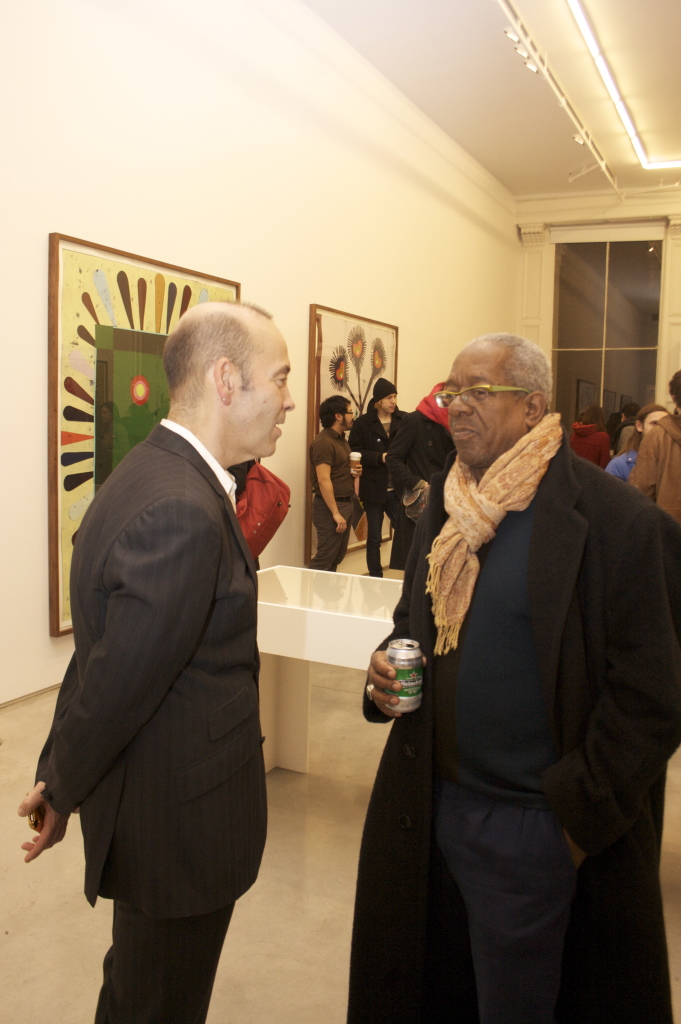 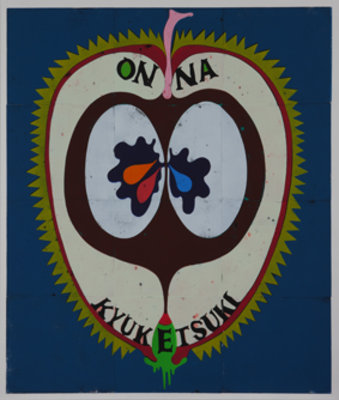 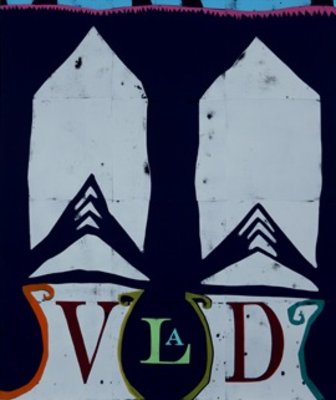 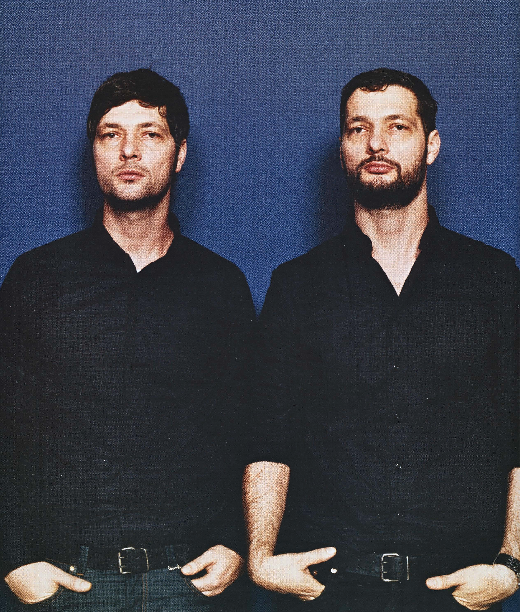 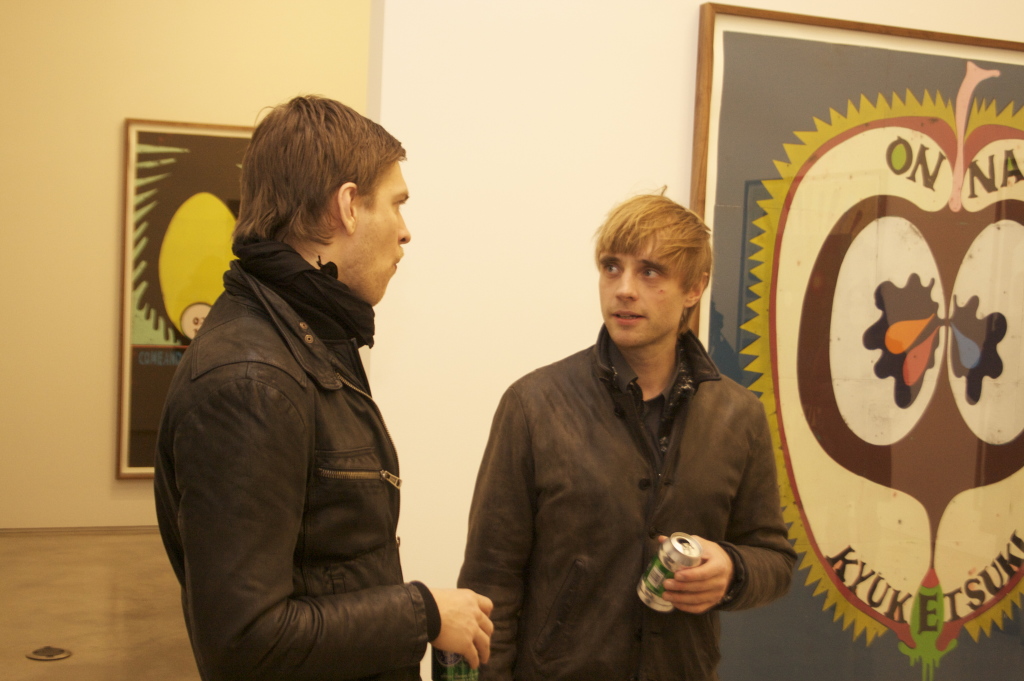 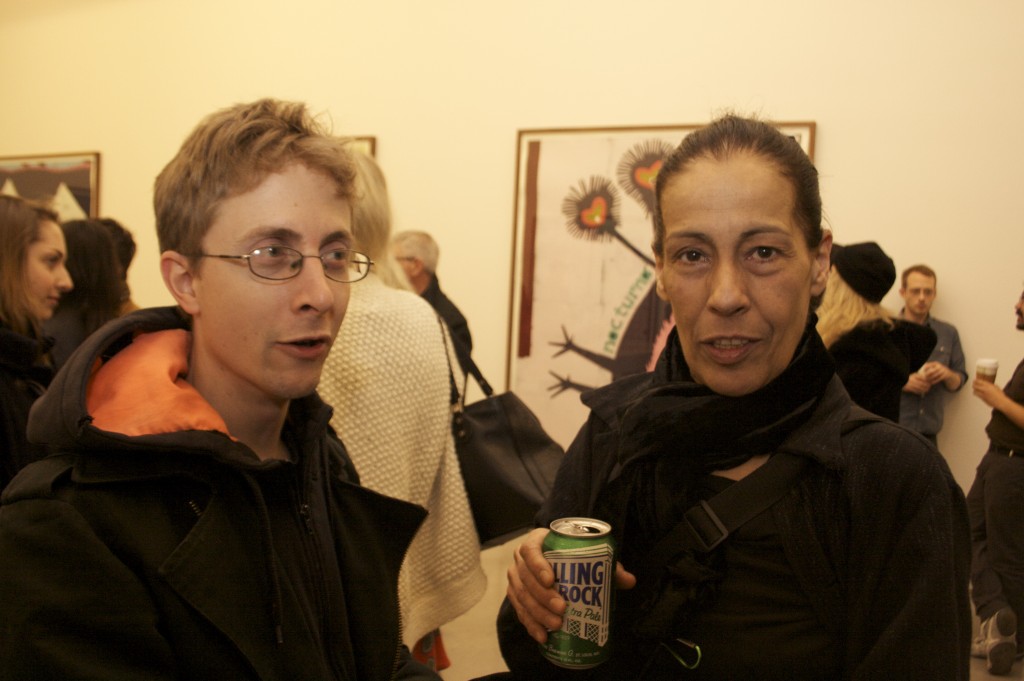 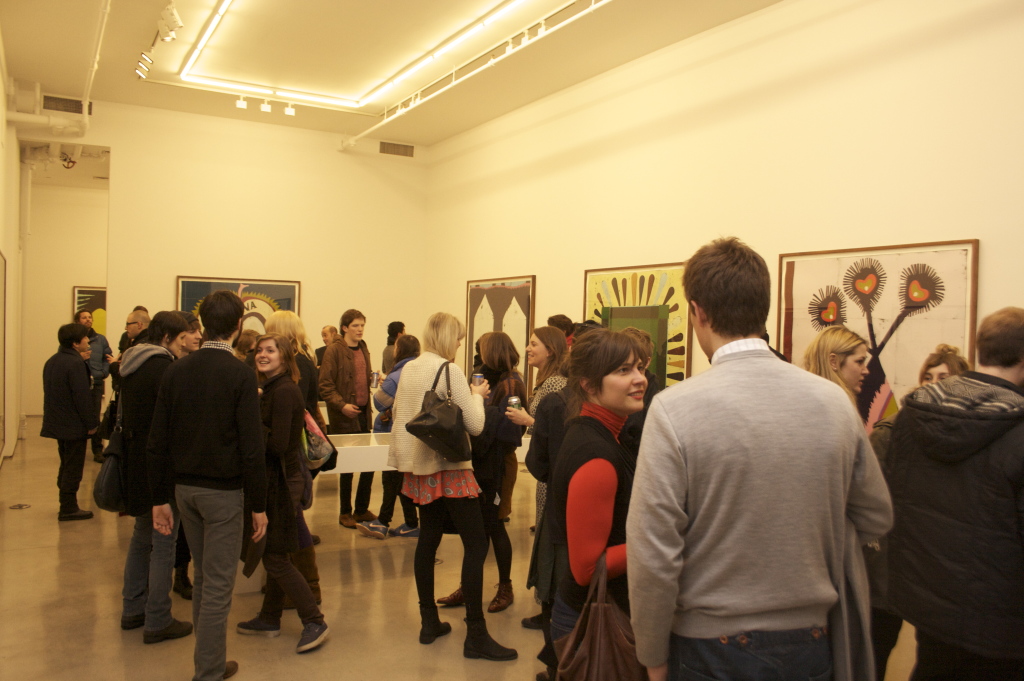 This entry was posted on Tuesday, February 16th, 2010 at 3:53 pm and is filed under AO On Site. You can follow any responses to this entry through the RSS 2.0 feed. You can leave a response, or trackback from your own site.