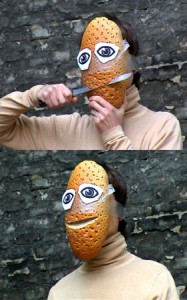 Currently showing at the Kunstalle Dusseldorf is “Eating the Universe. Food in Art.” The exhibit reflects on the term “Eat Art” coined by Swiss Artist Daniel Spoerri after he opened his restaurant in Burgplatz in Dusseldorf proceeded to found the Eat Art Gallery in 1970. The gallery inspired artists to produce works out of edible materials and food wastes. The exhibition’s title “Eating the Universe” was first used by Peter Kulbelka, former professor for film and cooking at the Studeschule in Frankfurt, for his 1970’s TV show on cooking as an art form. “Eating the Universe. Food in Art” reveals the continual link between food and art and their joint impact on life. 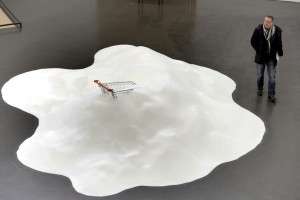 A Visitor looks at Thomas Rentmeister’s Untitled (2007) made of sugar and a shopping cart, via Artdaily

Tableau-Piege 19 (1972) by Daniel Spoerri, via the Kunsthalle Dusseldorf 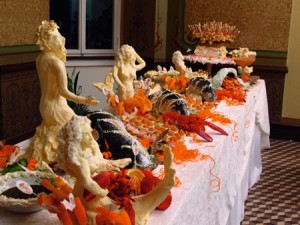 More recent works present the impact of the “art of food” on our present society. For example, revealing the aesthetic materiality of edible goods, the obsessive complexity of eating disorders and corporeal ideals of beauty, and the kitchen as a creative and socially productive place. 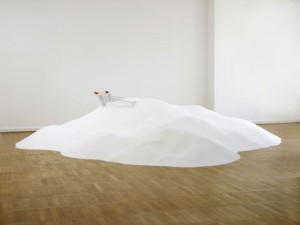 This entry was posted on Thursday, February 18th, 2010 at 8:58 am and is filed under Go See. You can follow any responses to this entry through the RSS 2.0 feed. You can leave a response, or trackback from your own site.

One Response to “Don’t Miss – Düsseldorf: ‘Eating the Universe. Food in Art’ at Kunsthalle Düsseldorf through February 28, 2010”