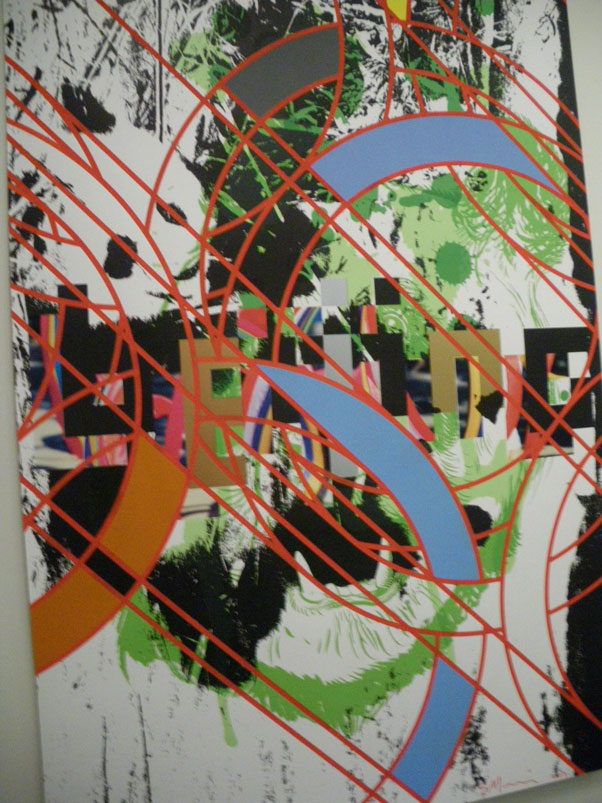 Sarah Morris, “Beijing Intersecting” (2009), one of the proposals for filling the Guggenheim’s void as part of its 50th anniversary show. Photo by Art Observed.

AO was at the press preview for “Contemplating the Void: Interventions in the Guggenheim” as the museum celebrates the 50th anniversary of its Frank Lloyd Wright-designed home on the East Side. For this new exhibition, organizer Nancy Spector commissioned two hundred proposals from artists, designers, and architects to fill the void.  Through April 28, proposals are on the walls of the Guggenheim, a set of dreams and interventions. 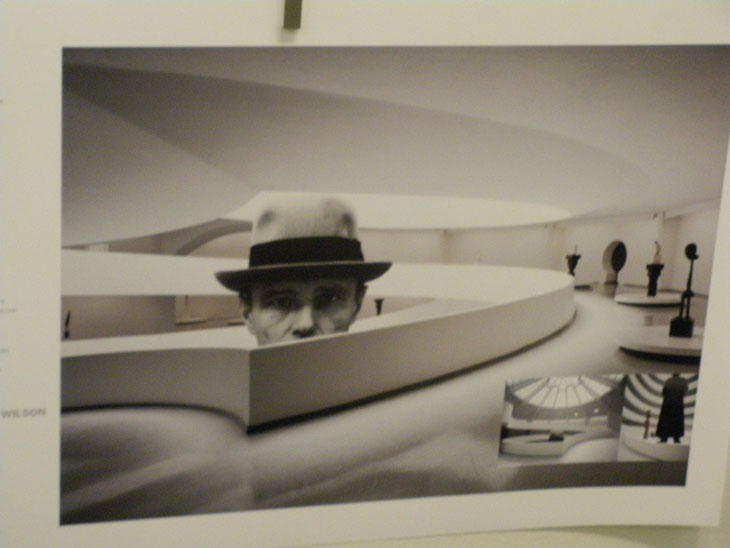 Detail from “Remember Beuys” (2009), by Bolles+Wilson, at the Guggenheim. Photo by Art Observed. 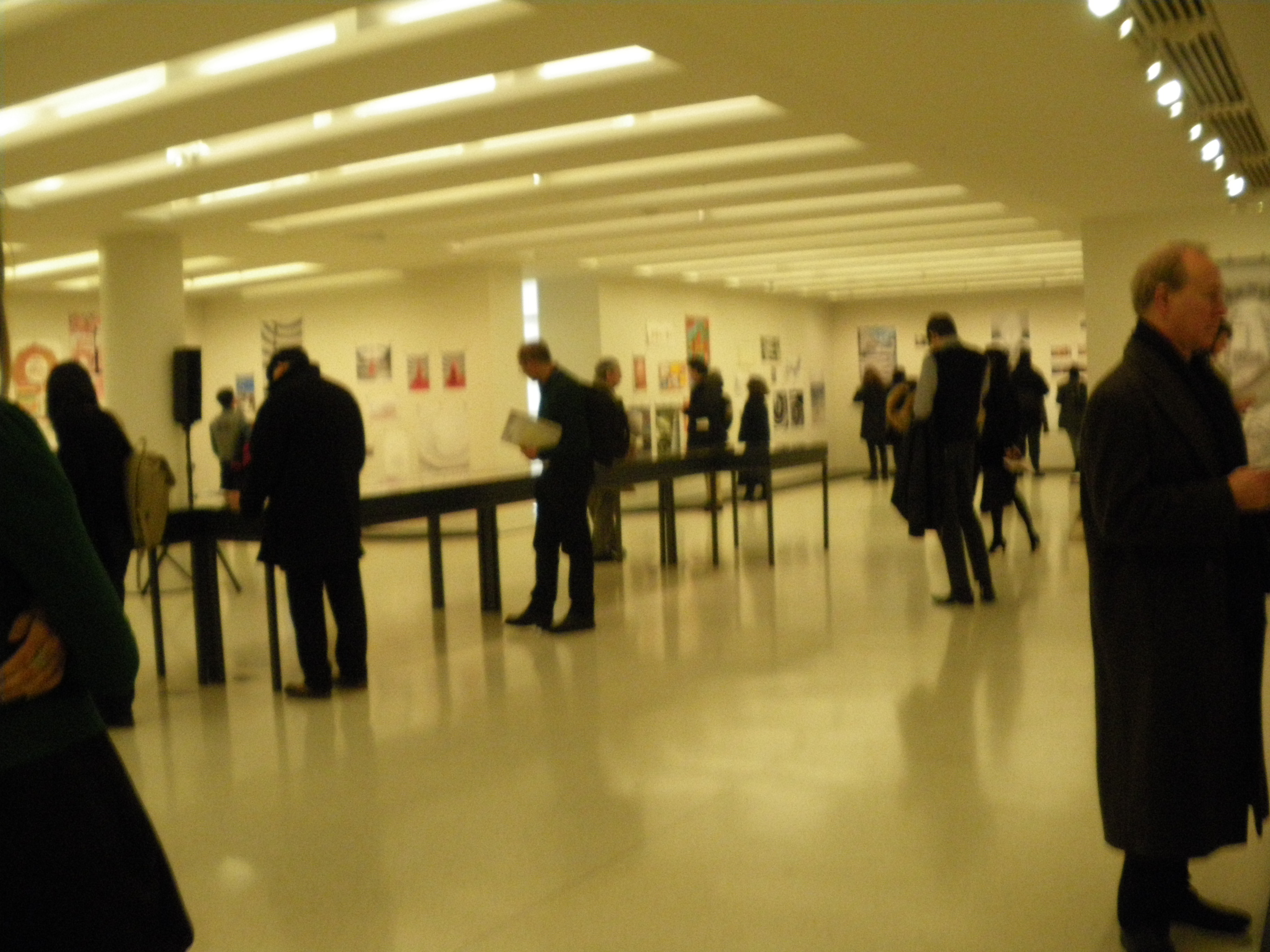 View of the press preview. Photo taken by Art Observed.

Obstructing the void calls for its subversion. In drawing the void, the architect duo Weiss/Manfredi trespass it. group8 works against the institution that it proposes to fill, so that patrons would actually be able to taste the void — interacting with it physically — and so that the artists would leave the Guggenheim with a structure of chocolate at its core, implying an idea of whimsy that battles the hierarchical nature of “serious” art. The void is reflected, and turned to banners: in Thomas Hirschhorn’s proposal, the void becomes a place to examine the artist’s function, and the institution’s, in structuring an art that supposes to liberate. 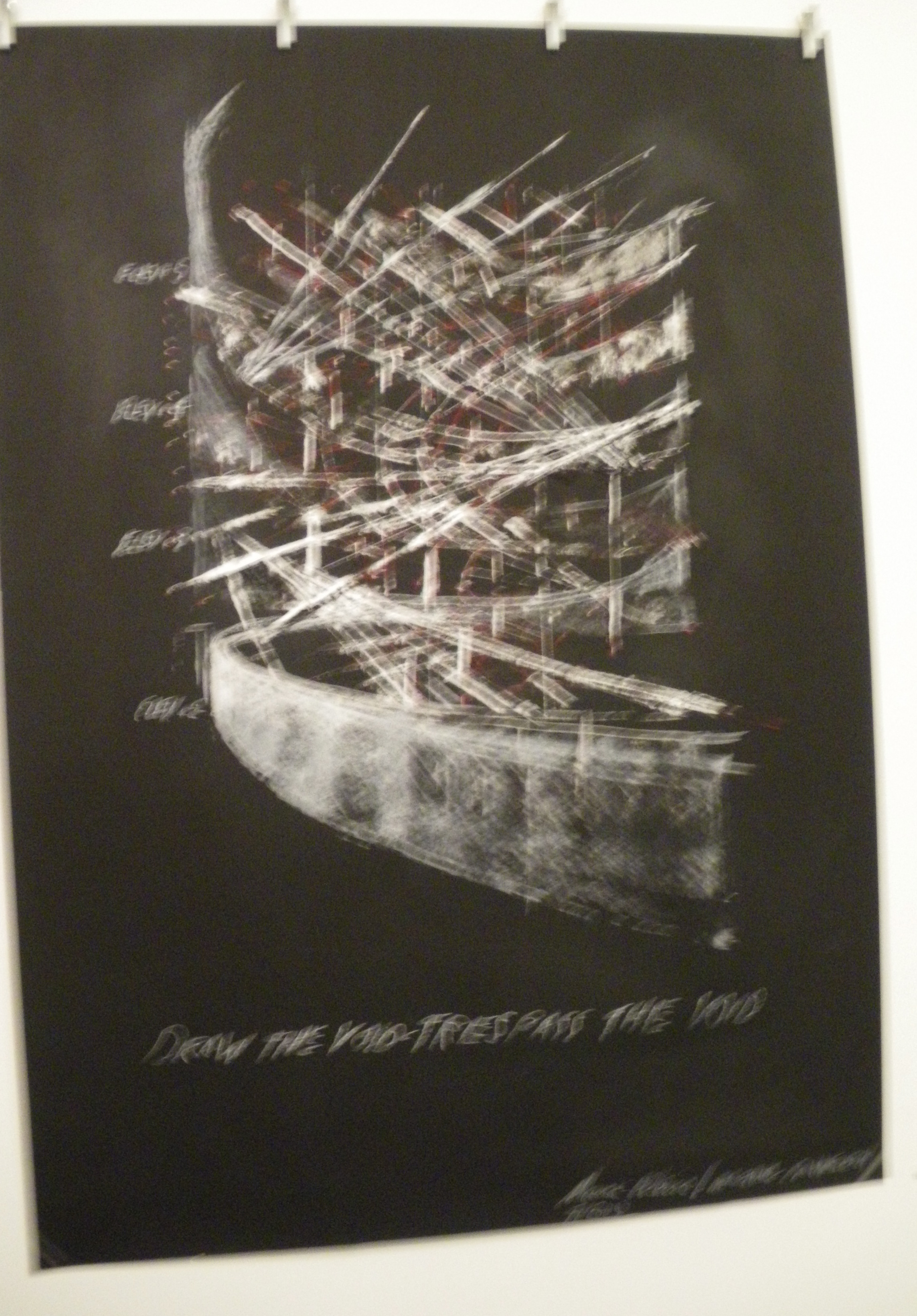 Weiss/Manfredi, “Trespassing the Void” (2009), at the Guggenheim. The lettering reads, “DRAW THE VOID – TRESPASS THE VOID.” Photo by Art Observed. 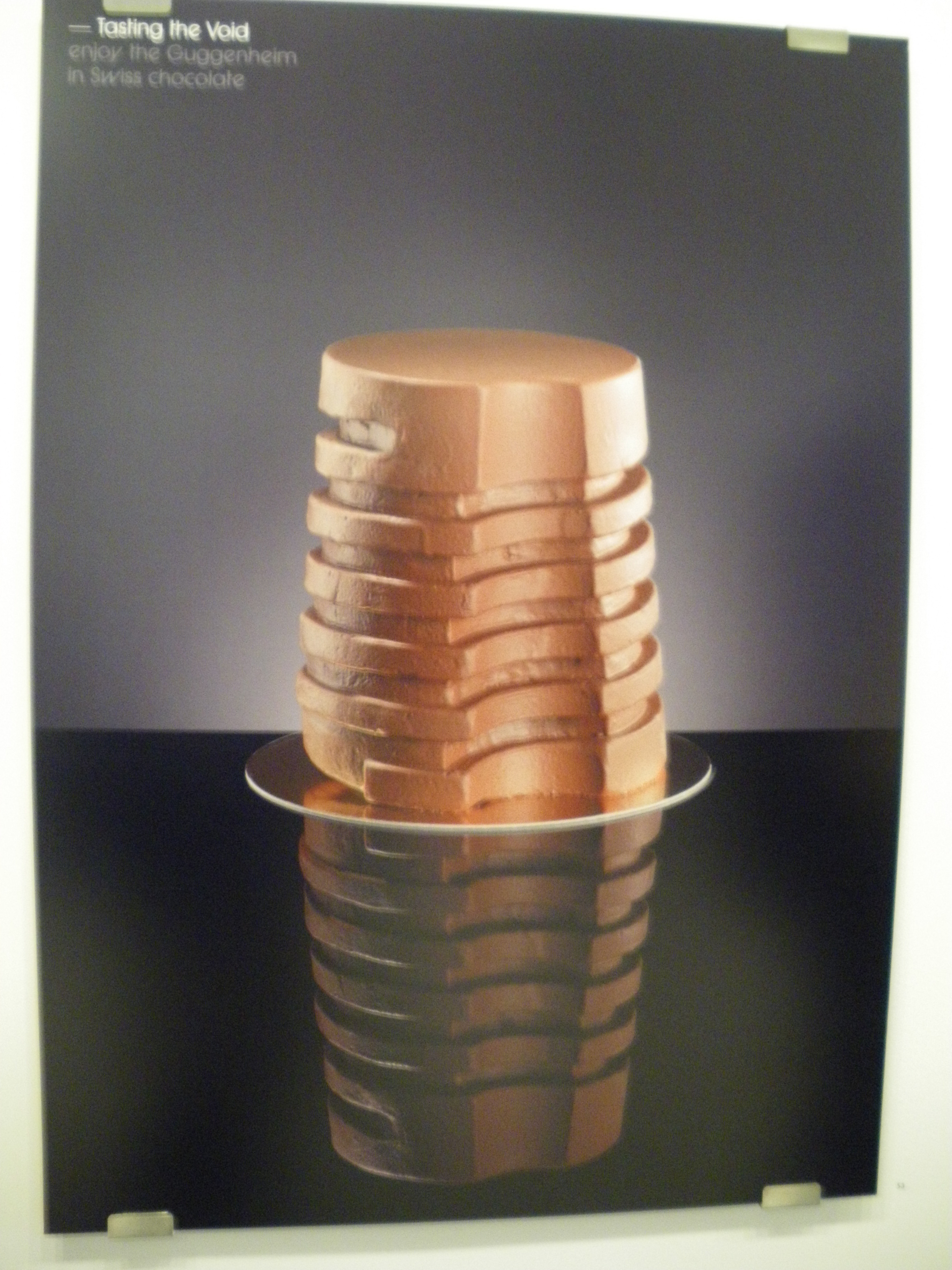 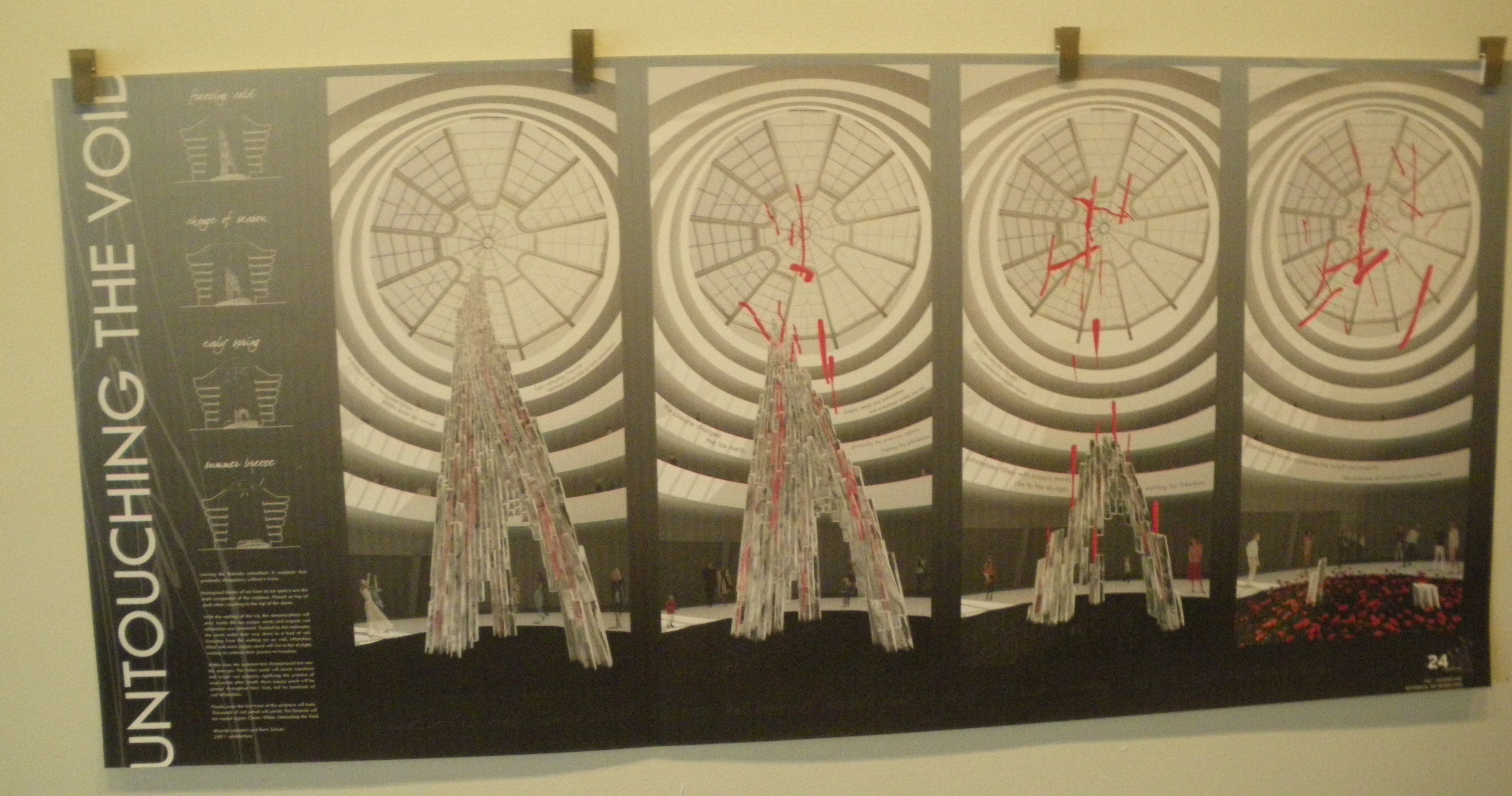 24H Architecture, “Untouching The Void” (2009), at the Guggenheim. Photo by Art Observed. 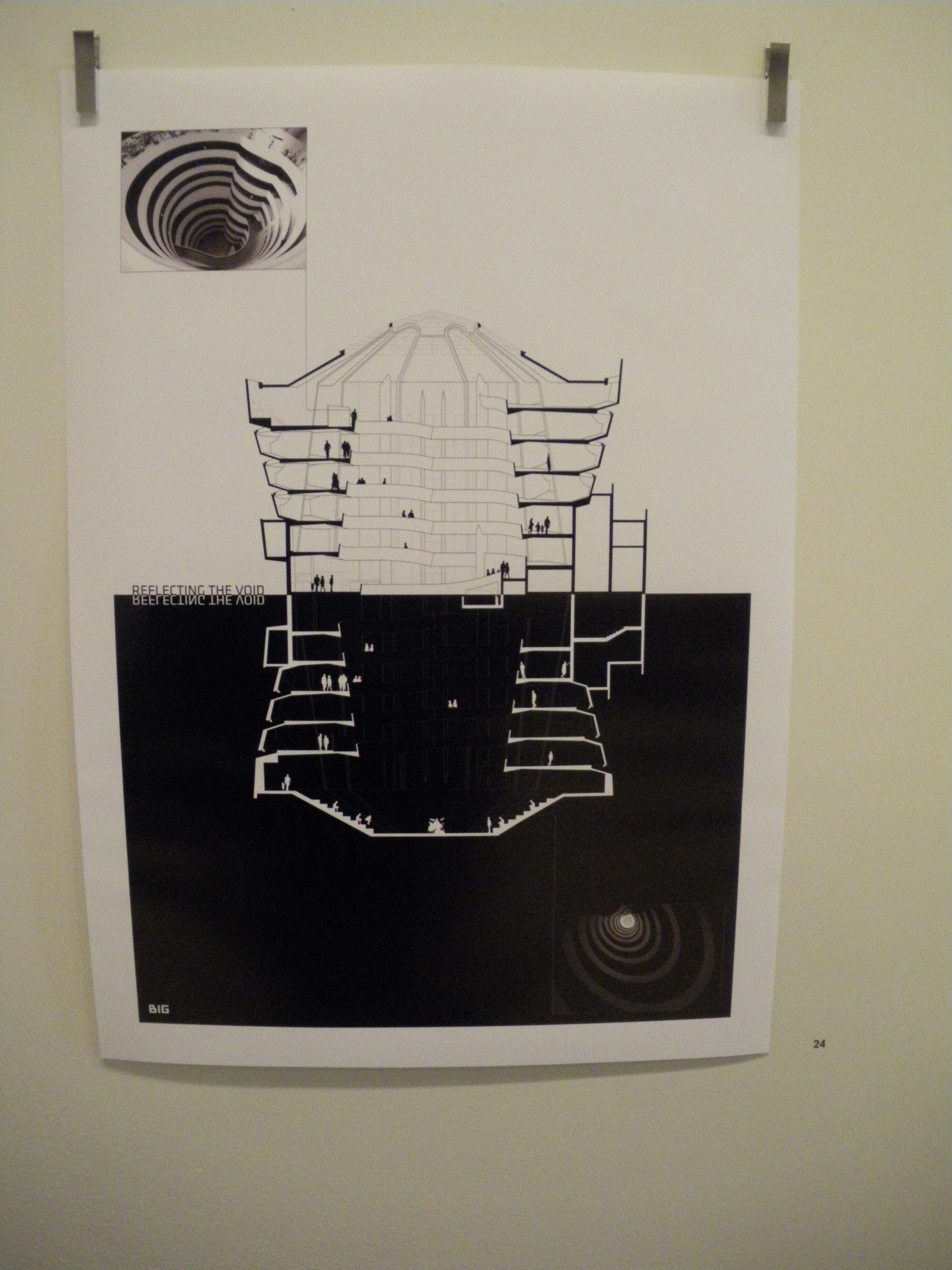 Above, “Reflecting the Void” (2009), by BIG (Bjarke Ingels Group), at Guggenheim. Photo by Art Observed. Below, detail. 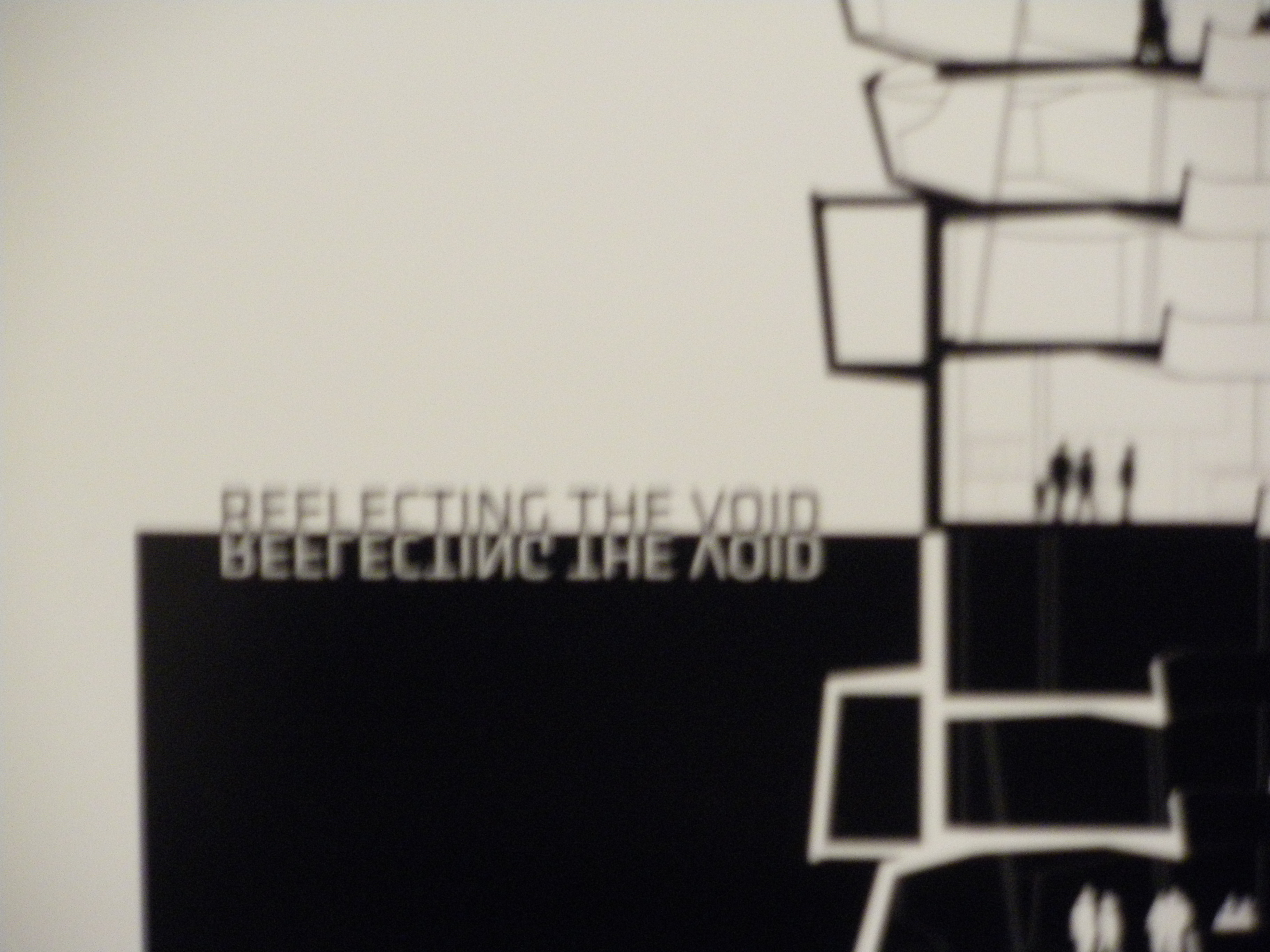 These and other works examine the idea of intervention in a museum. They intervene in each other, contemplating different models from Pipilotti Rist’s “Grabs,” which fills the void with an oversized vagina, to Cerith Wyn Evans’s “Chimera Ritual for FLW,” the proposal for which is a piece of paper describing her idea that has as its postscript, “No image is to be used to illustrate the proposal.” The exhibition’s organizer, Nancy Spector, tells me that no proposal is to be picked above another; this is not a contest. It is a leveling. 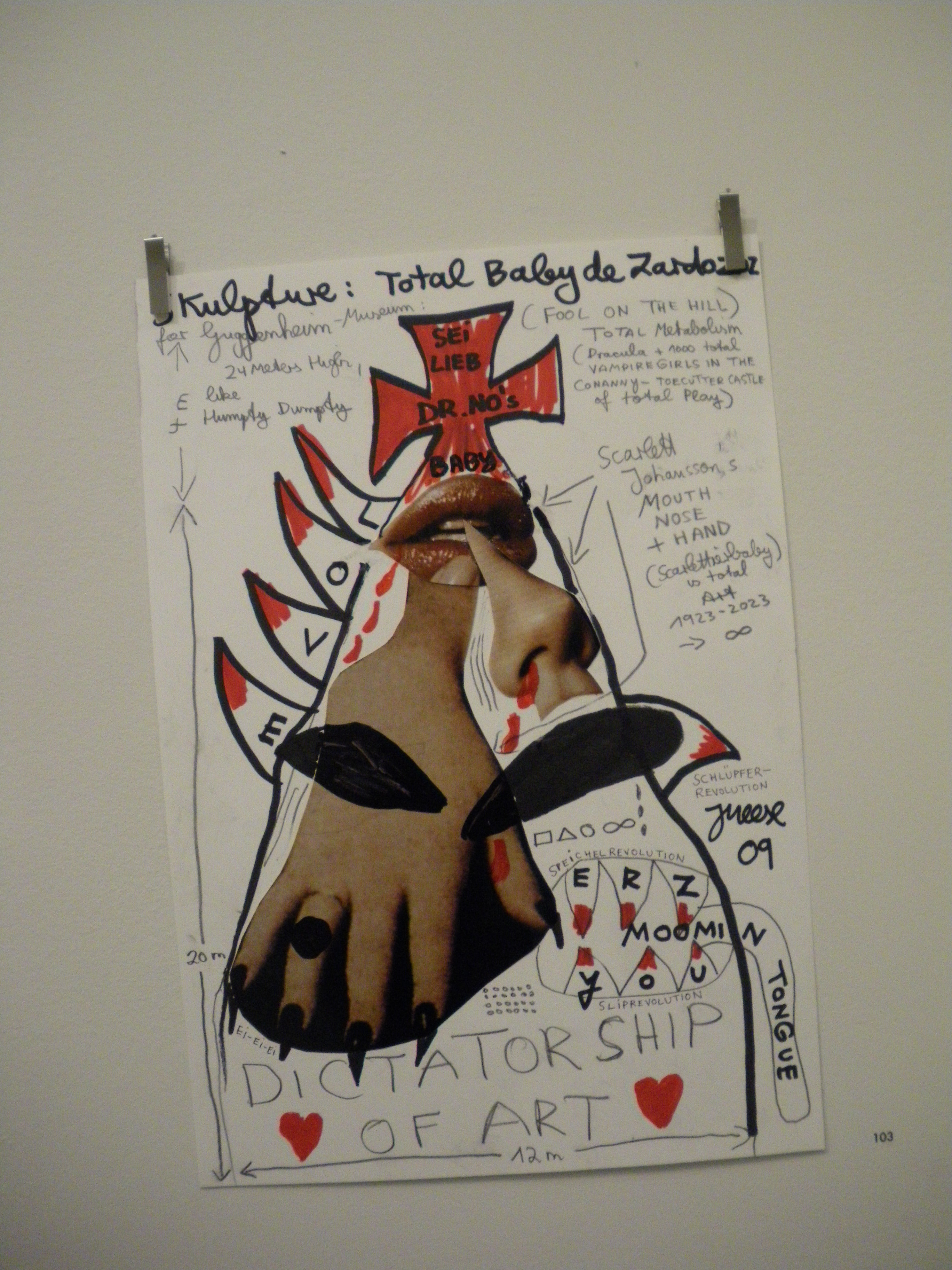 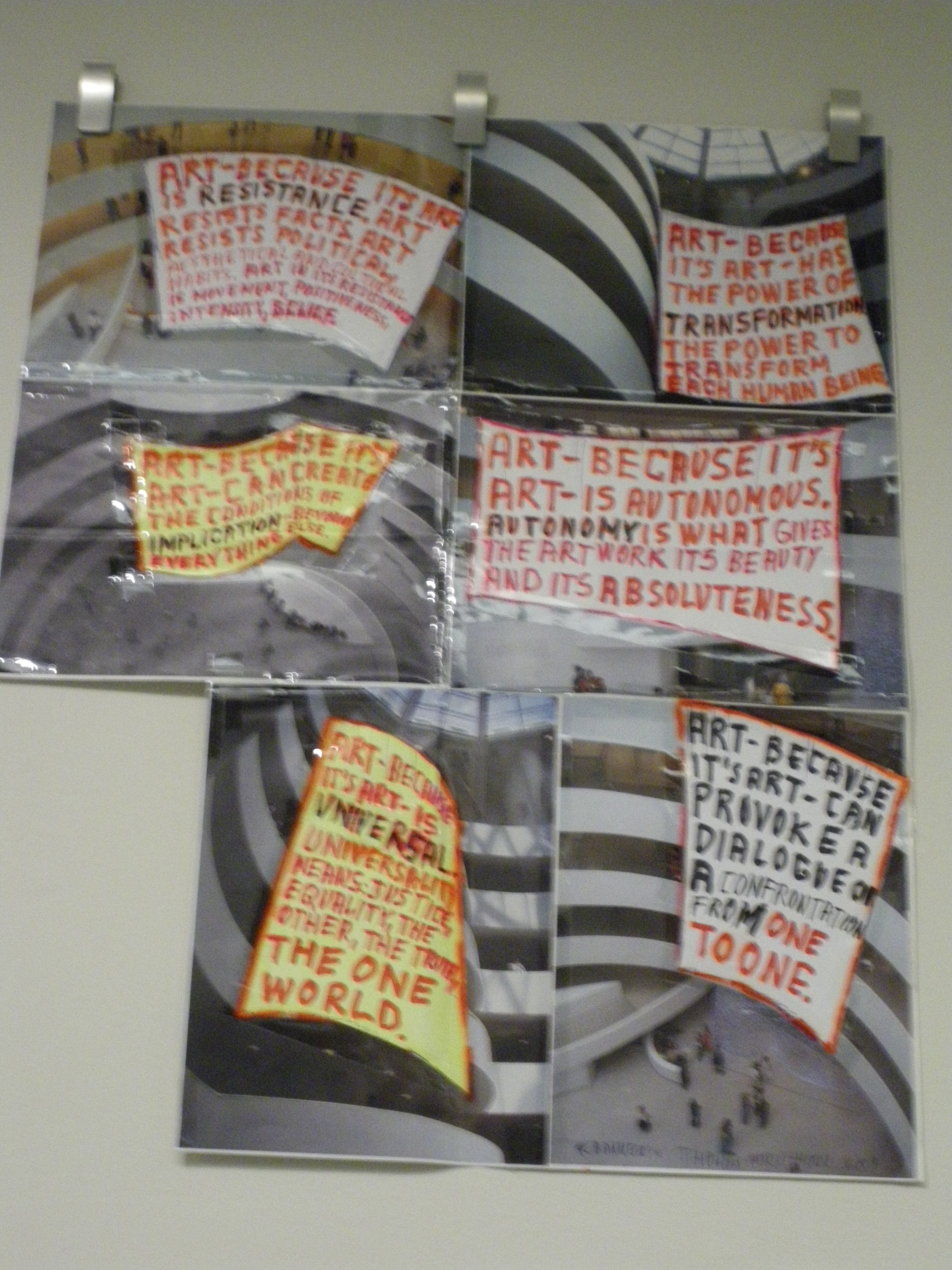 This entry was posted on Monday, March 8th, 2010 at 2:00 am and is filed under AO On Site, Go See. You can follow any responses to this entry through the RSS 2.0 feed. You can leave a response, or trackback from your own site.