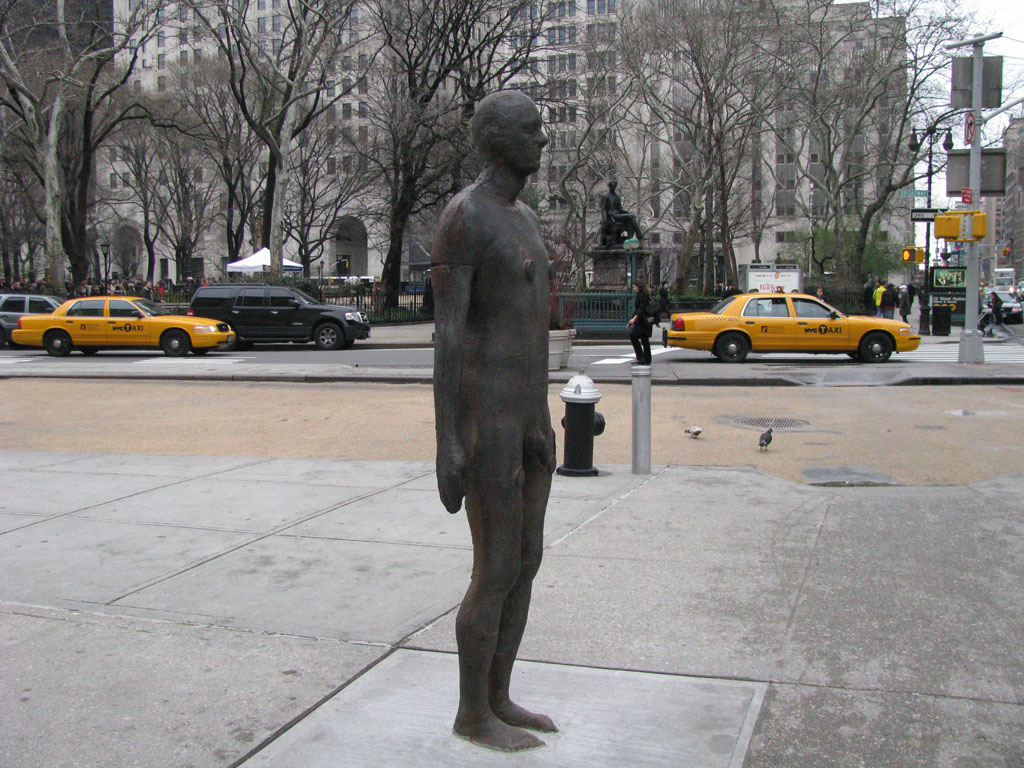 This morning ArtObserved attended the official press preview of New York’s latest public art show – Antony Gormley‘s ‘Event Horizon.’ Through August 15, 31 life-size figures cast from the artist’s own body will inhabit the pathways and sidewalks of Madison Square Park, as well as the rooftops of the many architectural treasures that populate New York’s Flatiron district, including the Empire State building. Event Horizon marks Gormley’s public art debut in the US – a milestone for an artist who has created some of the most important public art pieces of our time that include Angel of the North and Another Place in the UK. Antony Gormley originally created Event Horizon for London’s Hayward Gallery in 2007 – the sculptures were installed on bridges, rooftops and streets along the South Bank of London’s Thames River. Event Horizon will run together with Gormley’s Breathing Room II – on show at Sean Kelly Gallery through May 1, 2010. Full coverage of both events will follow shortly. 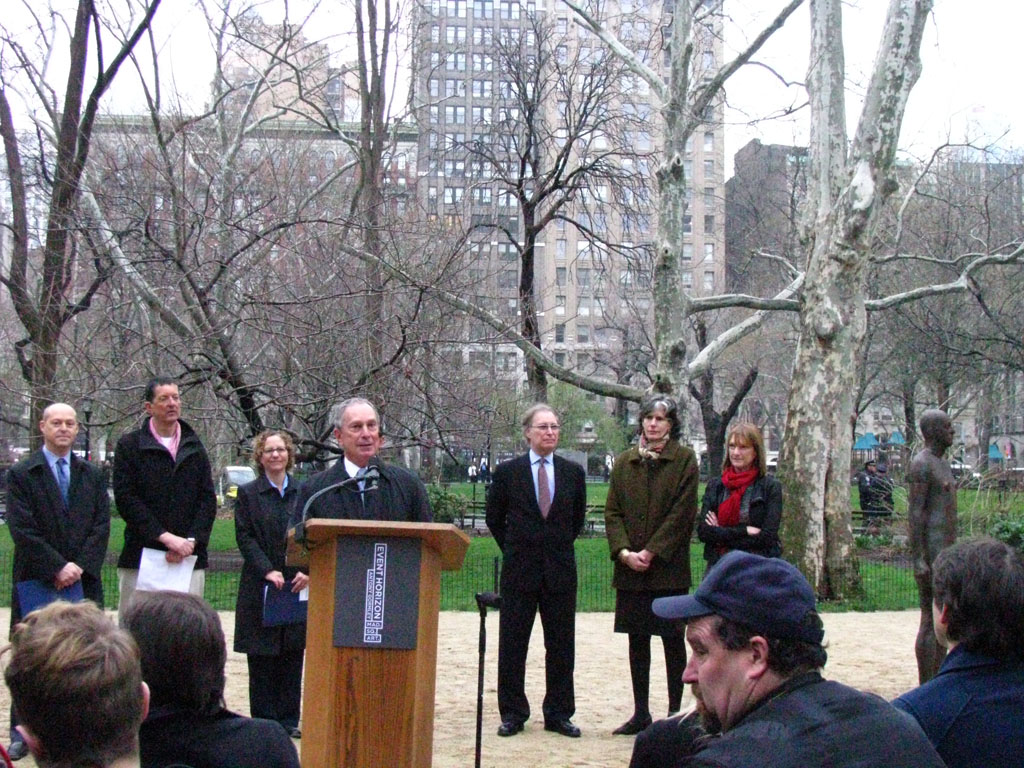 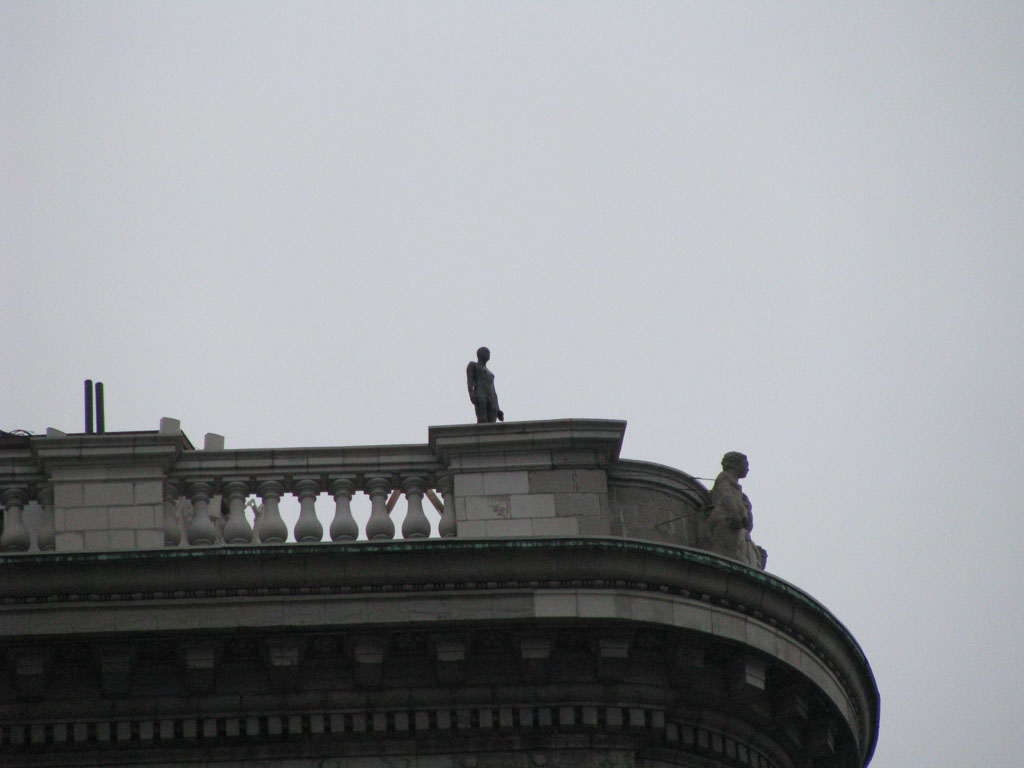 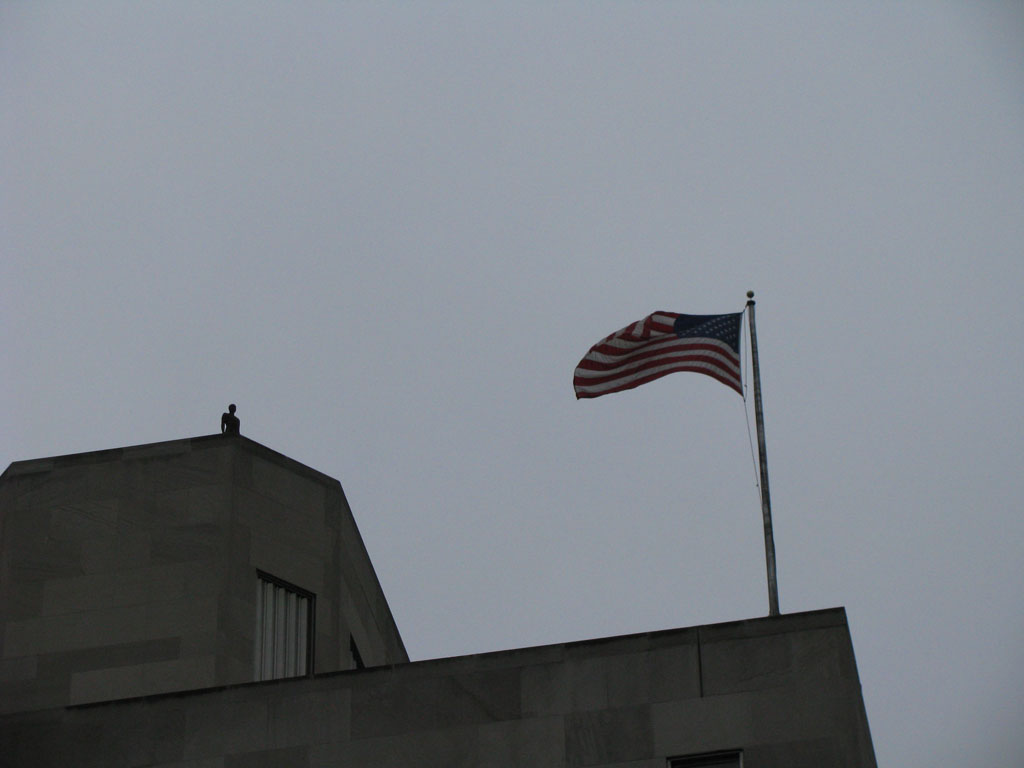 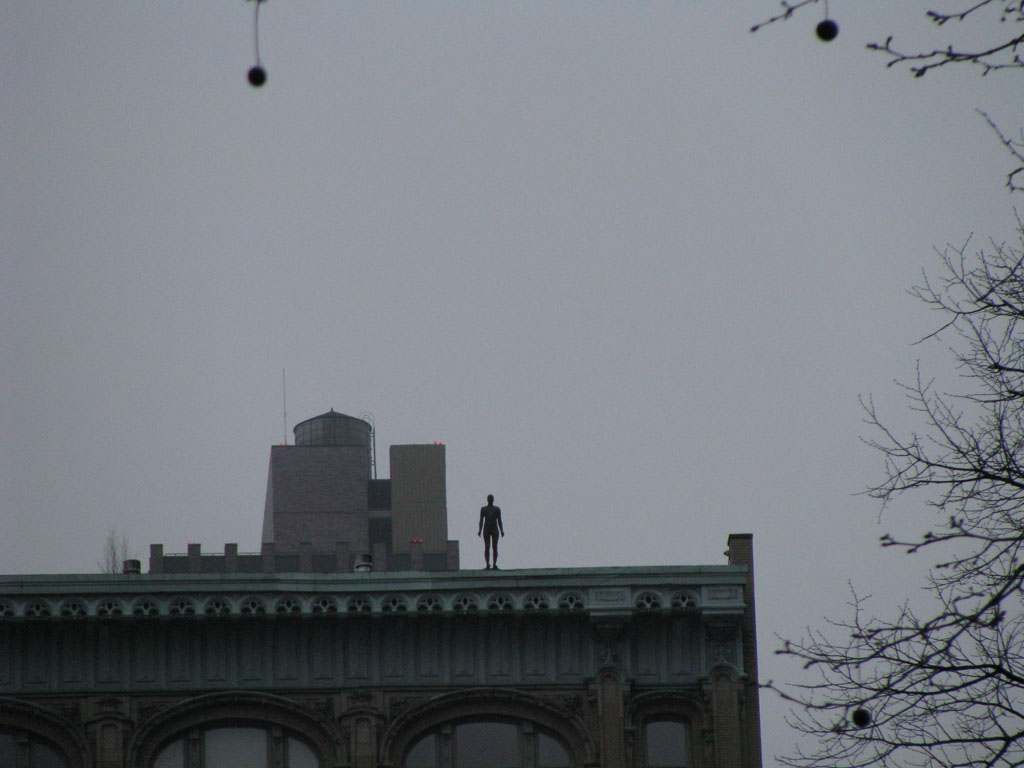 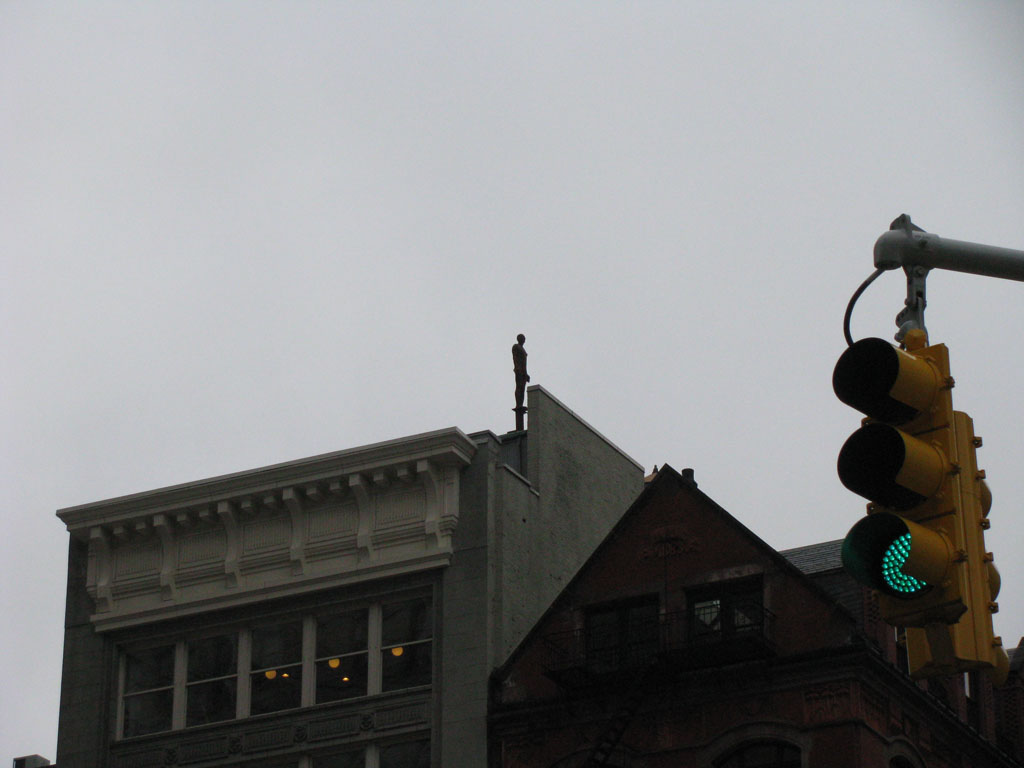 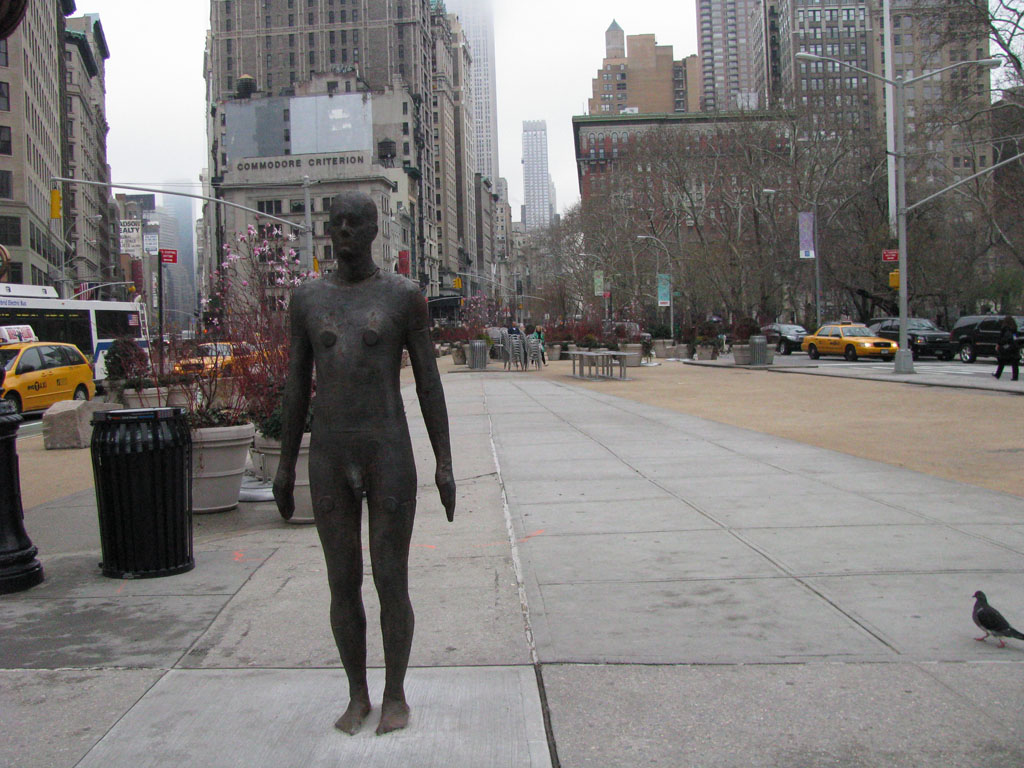 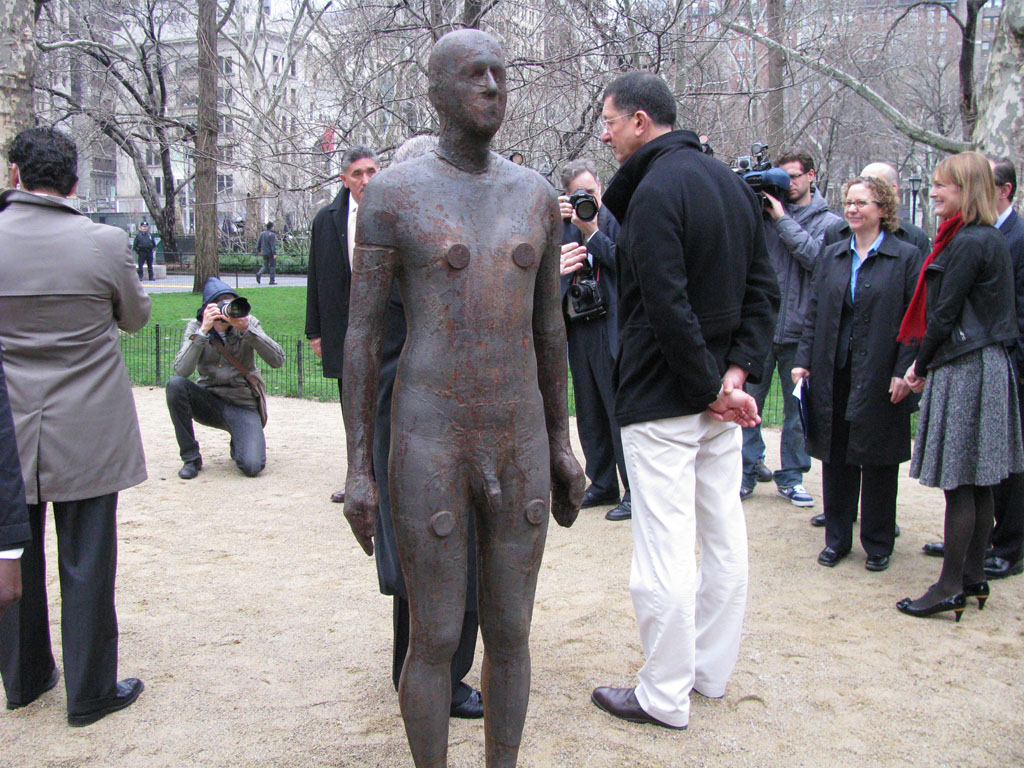 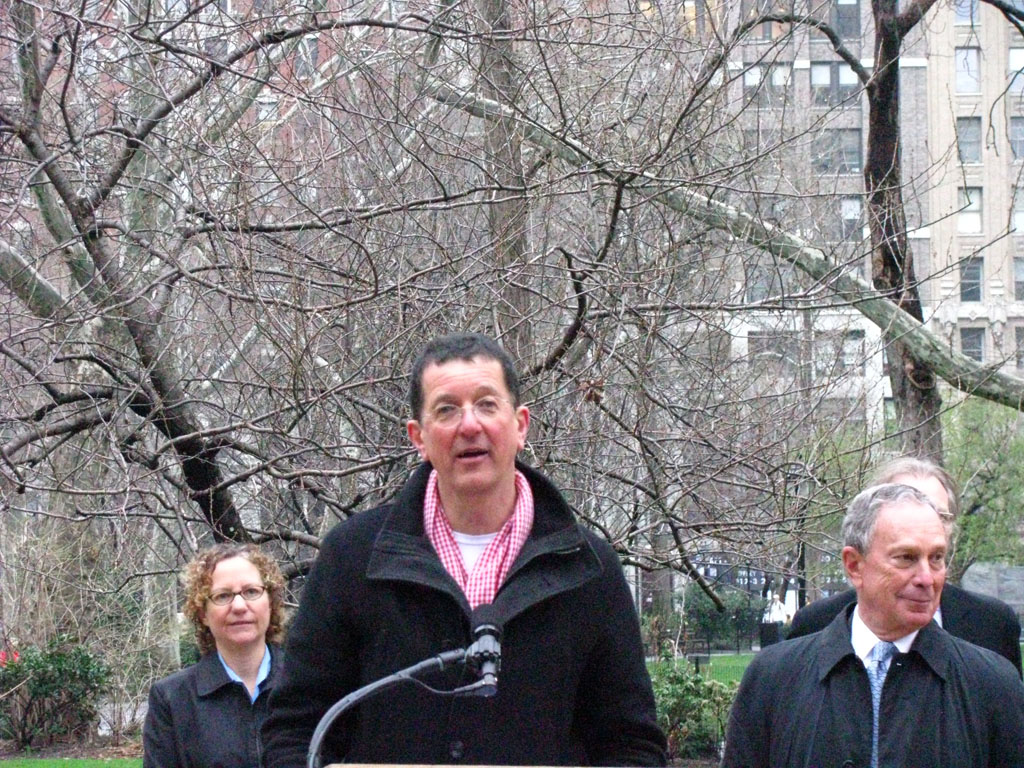 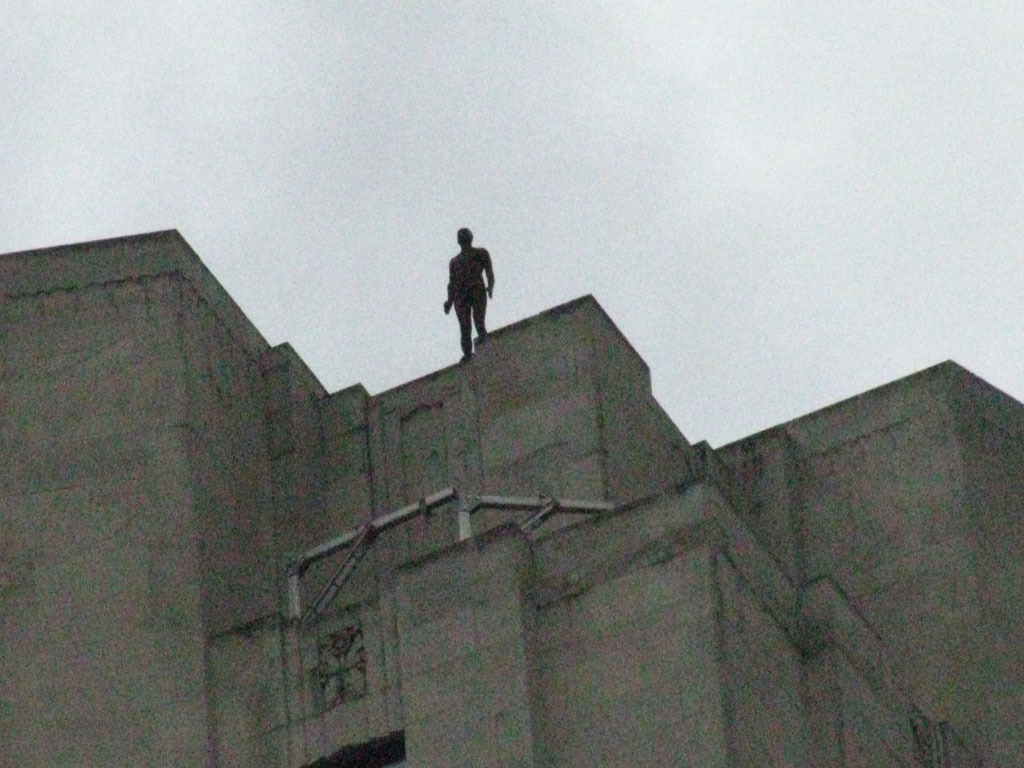 This entry was posted on Tuesday, March 23rd, 2010 at 2:10 pm and is filed under Art News. You can follow any responses to this entry through the RSS 2.0 feed. You can leave a response, or trackback from your own site.