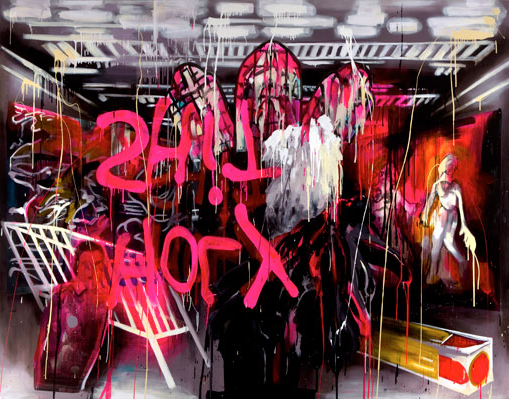 Rosson Crow, The Dakis Joannou Collection at the New Museum, 2010 All images via Deitch Projects

Currently in its last days at Deitch Projects 18 Wooster Street location is an exhibition of new paintings by Rosson Crow exploring the rebellious and lawless side of New York history. Entitled ‘Bowery Boys,’ the super-scale works comment on a long line of underground “bad boys” who have existed in New York City from the 1800s to the present day. Deitch Projects’ reputation for exhibiting and supporting the current generation of rebellious youth from this lineage makes this a fitting location for Crow’s sassy attempt to mimic the spirit of gangs, graffiti, drugs and illicit sex so inherent to the city she has called home for the past six months.

Topically, The Dakis Joannou Collection at the New Museum depicts a superimposition of the stained glass windows of the Bowery Mission onto the interior of its odd Bowery neighbor, the New Museum where a portion of one of the world’s most expensive collection currently resides. A second painting pairs a vintage New York City sex club, Plato’s Retreat, with the new nightclub that sits on top of the Standard Hotel, the Boom Boom Room, and a Bruce Nauman neon. 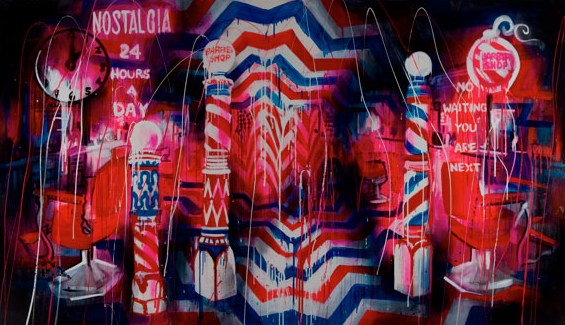 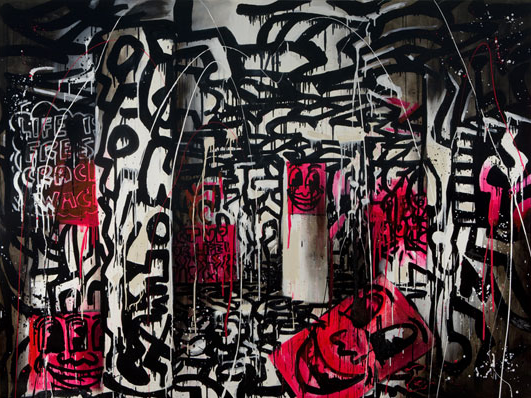 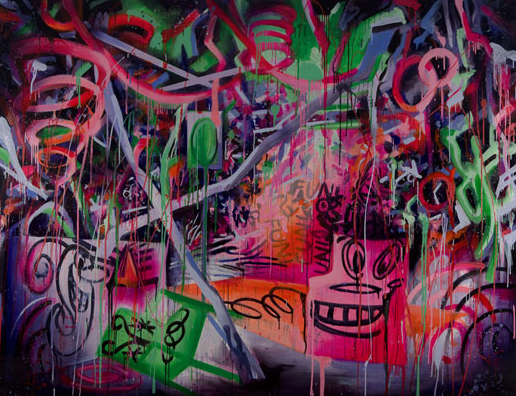 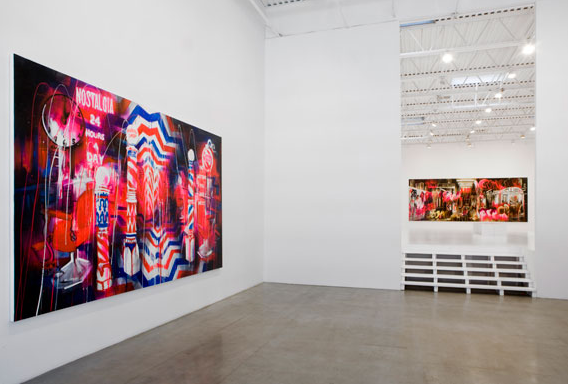 Rosson Crow was born in Dallas, Texas in 1982, and lives and works in Los Angeles. She received her BFA from the School of Visual Arts in New York in 2004 and her MFA from Yale in 2006. Crow completed a residency at Cite Internationale des Arts in Paris in 2006 and has had solo exhibitions at Honor Fraser, Los Angeles; CANADA, New York, and Galerie Nathalie Obadia, Paris.

This entry was posted on Thursday, March 25th, 2010 at 1:00 am and is filed under Go See. You can follow any responses to this entry through the RSS 2.0 feed. You can leave a response, or trackback from your own site.