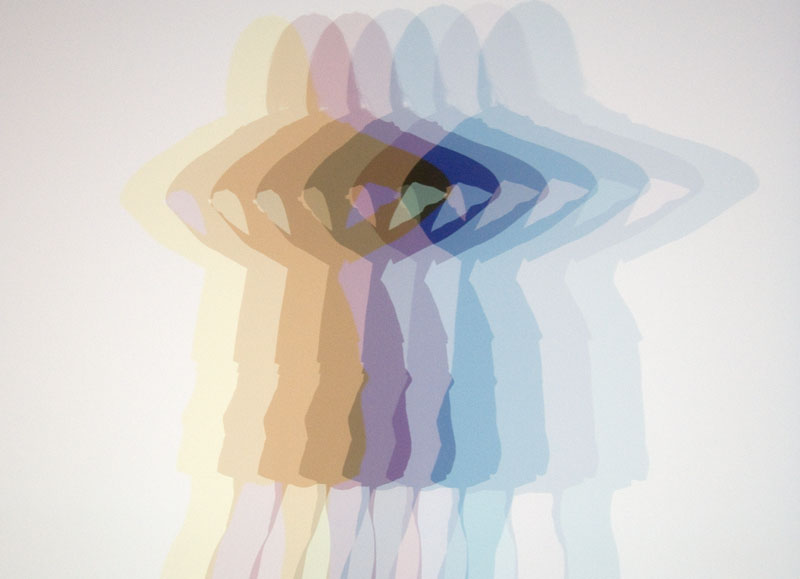 Olafur Eliasson is currently on show for the sixth time at Tanya Bonakdar Gallery, through March 20, in a spectacular exhibition that extends the artist’s study of modes of perception, specifically concerning one’s experience of space and time. In this instance Eliasson’s particular fascination is the phenomena of light, movement and color and the relationship between them. 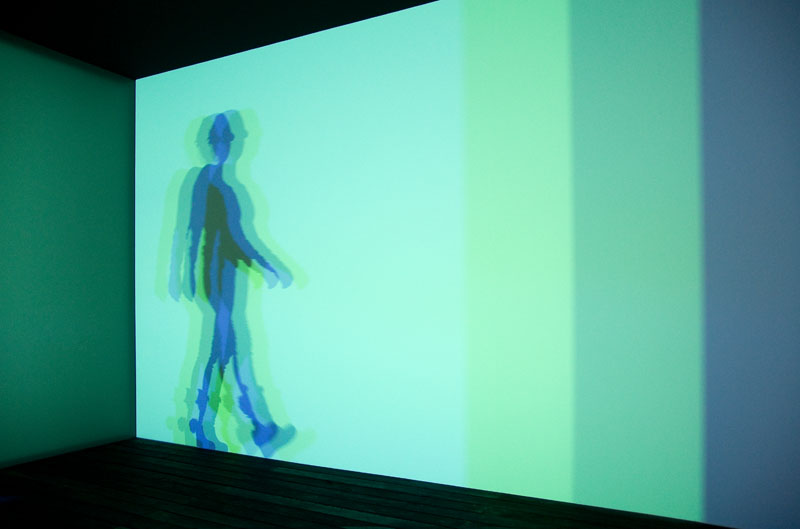 It is, however, the viewers themselves that become the key initiator of the experiment – their body becomes the central figure of the work. The work Multiple shadow house (2010) is a simple structure, purpose-built in the main gallery, consisting of multicolored lamps in rows shining onto several large projection screens. When a body enters the space and begins to interact with this light installation beautiful and subtle overlaid visions of their shadow fan across the screens – as they move around forward and backward the image is thus altered and can be manipulated. In this way the project is a creative collaboration between the artist, viewer, space and technology. Essentially the artwork is redundant without the presence of the figure – no only to enjoy it – but to articulate it’s potential effects. 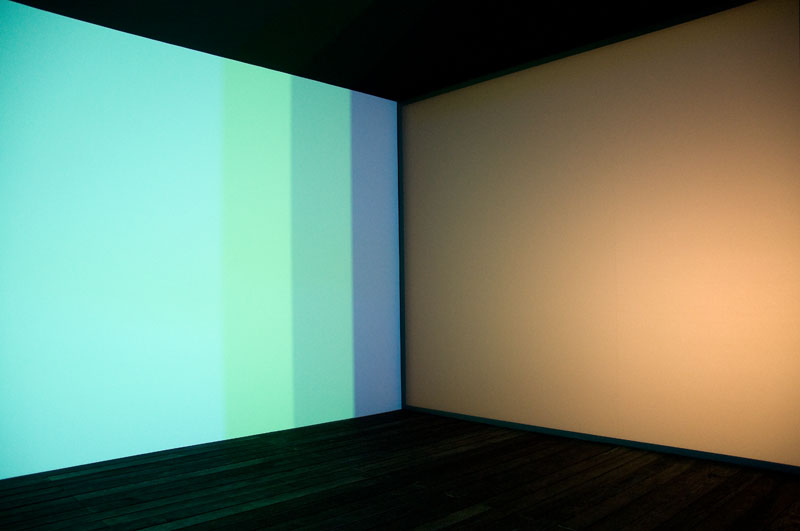 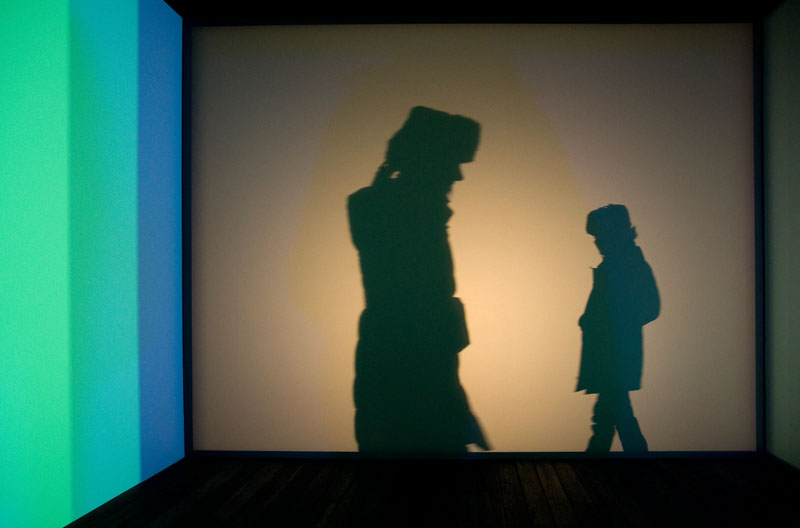 This is very common of Eliasson oeuvre, which has consistently challenged the motionlessness, inflexible and non-malleable nature of much tradition fine art works. In many ways Eliasson allows autonomous authorship to dissolve, instead both meaning and aesthetic quality are in fact generated by the viewer. Today it is generally agreed that judging artwork is a very subjective process, albeit informed by outside factors; Eliasson has created the ultimate subjective art experience, the individual actually activates the work. This encourages a hyper-awareness of how we all shape our own experience and perception of the world around us. 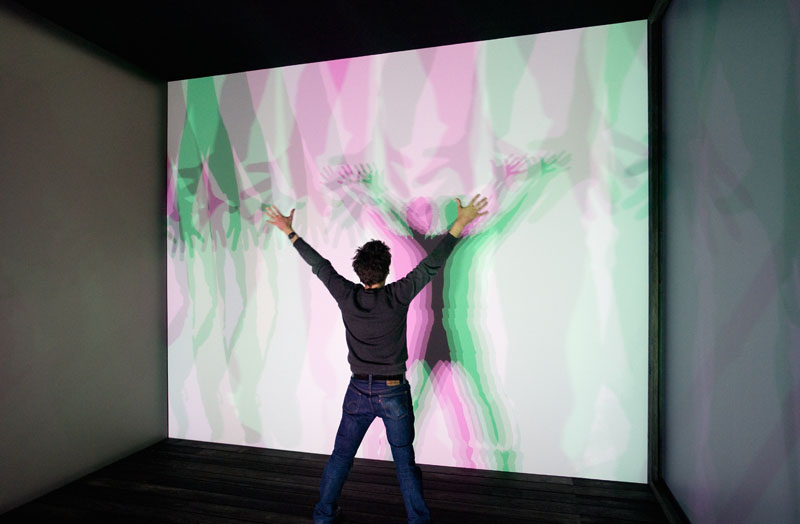 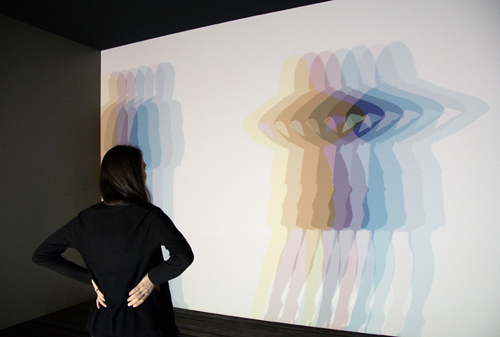 Other pieces in the exhibition include Intangible afterimage star (2008) another projection this time of multicolored geometric shapes that constantly shift over and cut across each other. In this instance the viewer’s participation is only notable internally as the after-image briefly lingers on the retina combining with the actual image to magical affect. In the galleries upstairs several watercolors and an oil painting, Colour experiment no. 3 (2009), illustrate Eliasson’s consideration and experimentation with space, light and color. 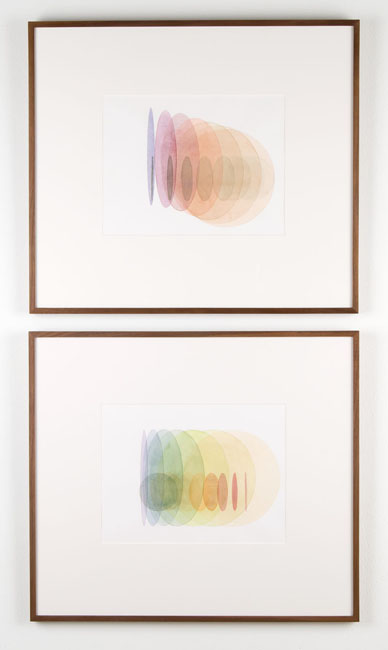 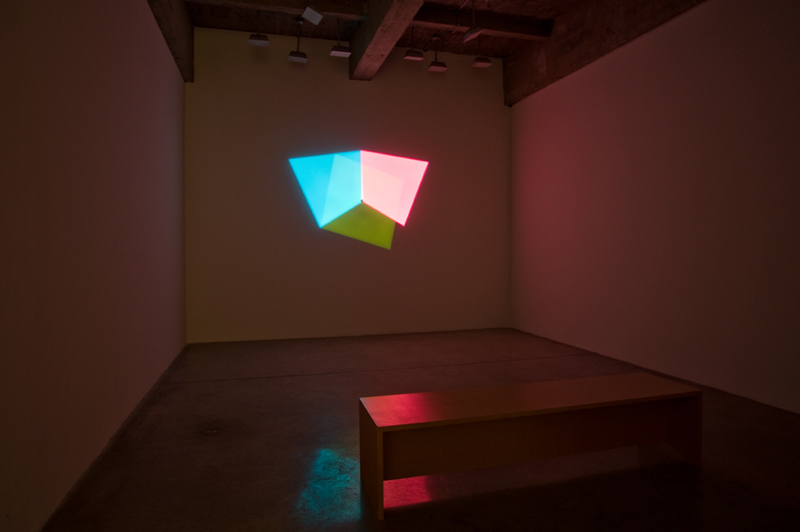 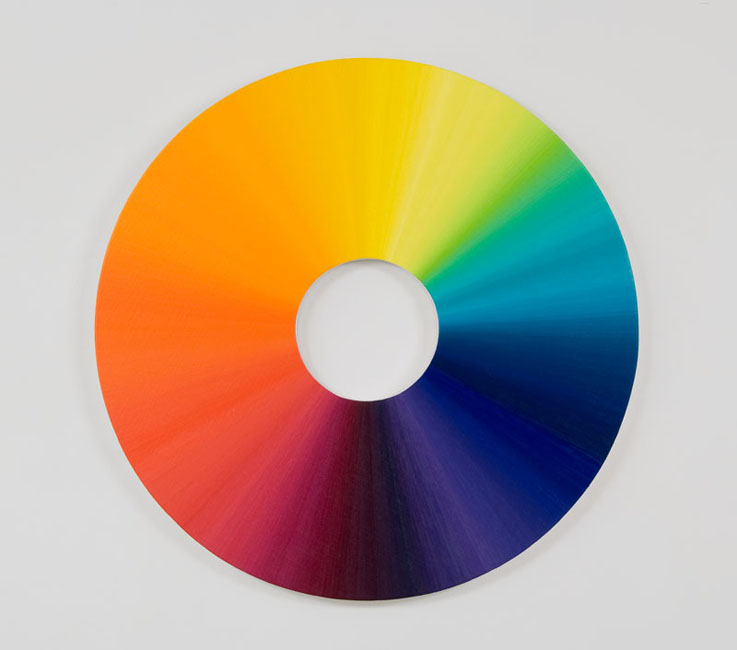 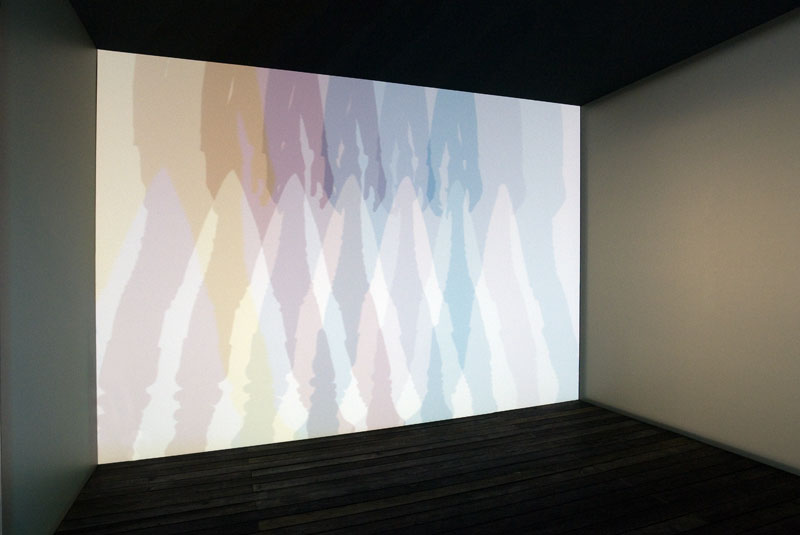 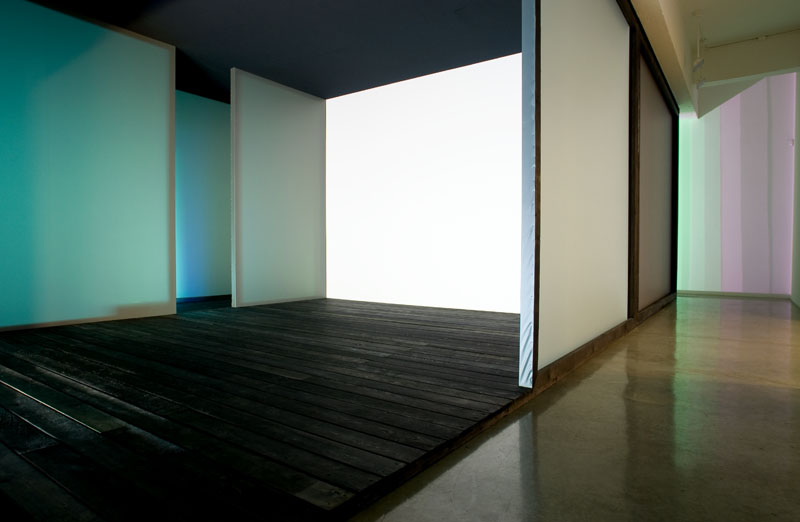 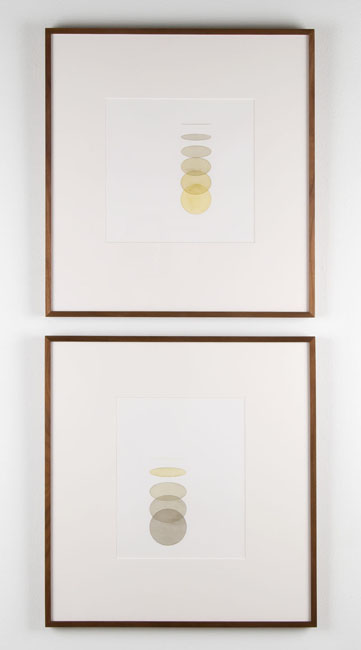 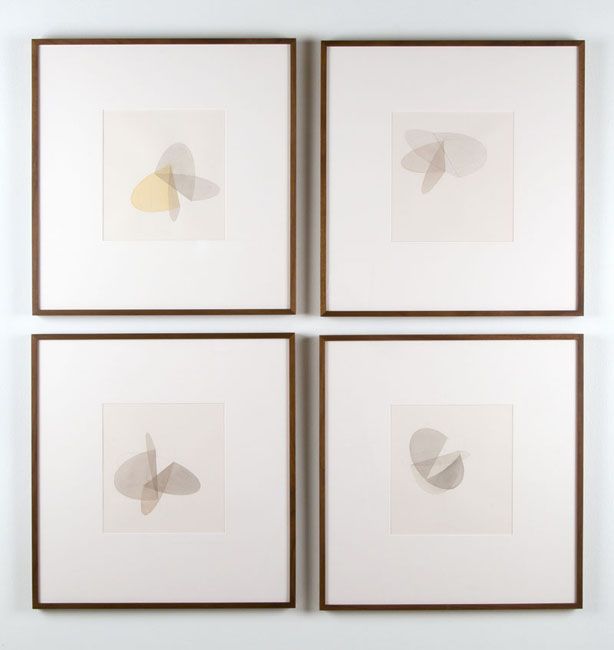 This entry was posted on Thursday, March 11th, 2010 at 12:37 pm and is filed under Go See. You can follow any responses to this entry through the RSS 2.0 feed. You can leave a response, or trackback from your own site.