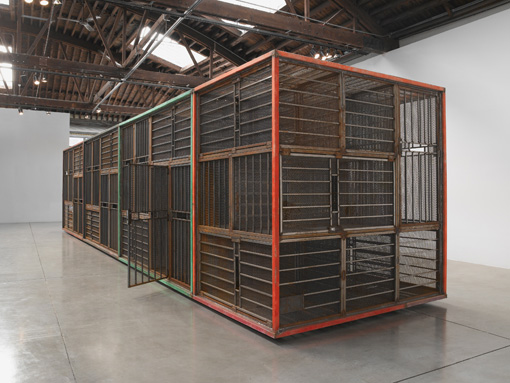 Through March 10, Sterling Ruby has two new pieces at PaceWildenstein’s downtown gallery.  On view are “Pig Pen” and “Bus,” two industrialized traps that confine, says a gallerist, humanity’s basic primitivism. This is an artist’s apocalyptic endgame. 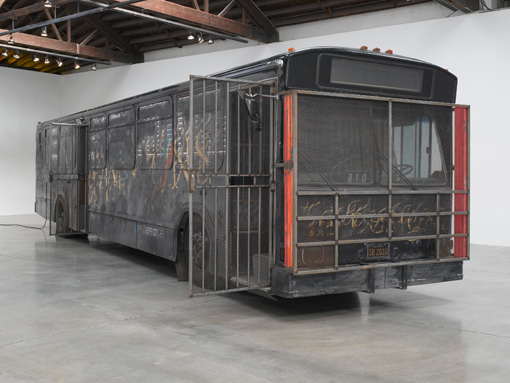 Where “Pig Pen” is a stationary cage, “Bus” is a vehicle of transportation converted into a sculptural object, emphasizing 2Traps’s feel of ultimate stasis. They are the same size — about 10′ x 9′ x 40′ — but “Pig Pen” is almost cubist nature, comprised of smaller blocks themselves composed of the security doors found on many urban homes, where “Bus” is just that automobile fitted with speakers, sub-woofers, chrome, and confinement cages. That is, the artist in both cases confines an animalistic interior, but “Bus” comments most explicitly on societal stagnancy.  Argues Ruby, today’s transportation holds its patrons still, defines them as animals in a procedurally ordered, dehumanized/dehumanizing society. 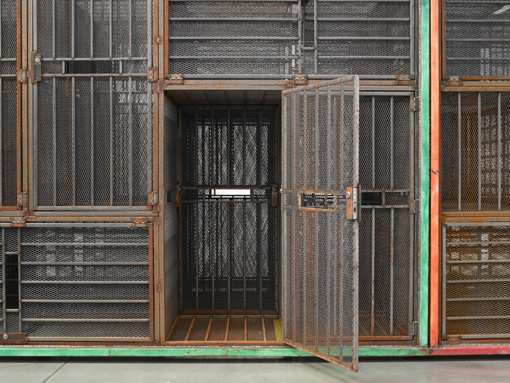 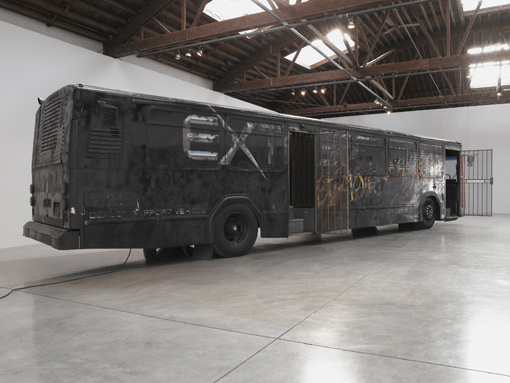 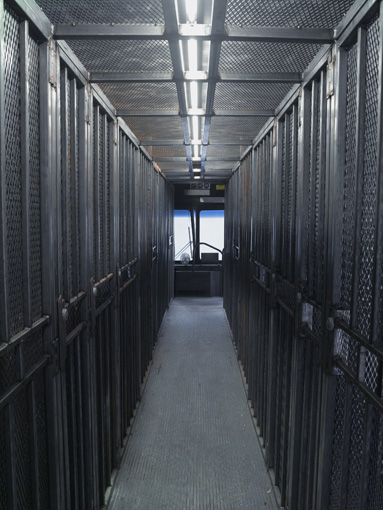 Born in Bitburg, Germany, Sterling Ruby studied at The School of the Art Institute of Chicago and the Art Center College of Design. He has had solo exhibitions at Galleria d’arte Moderna e Contemporanea, Bergamo, Italy; the Museum of Contemporary Art, Los Angeles; and more. Ruby is recently represented by PaceWildenstein, which hosts this show. He lives and works in Los Angeles.

This entry was posted on Saturday, March 6th, 2010 at 8:12 pm and is filed under AO On Site, Go See. You can follow any responses to this entry through the RSS 2.0 feed. You can leave a response, or trackback from your own site.