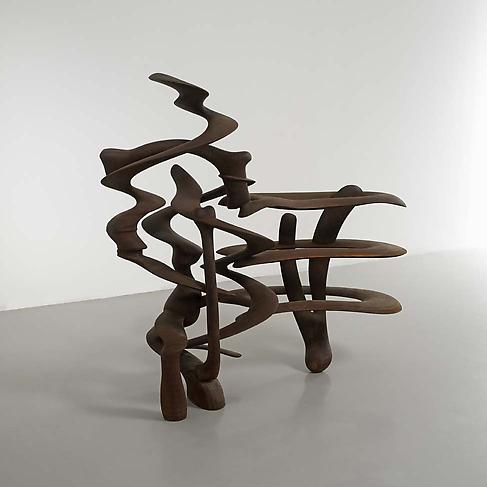 Hedge (2008) by Tony Cragg. All images via Lisson Gallery

Currently on view at the Lisson Gallery in London is a major exhibition of works by the British sculptor Tony Cragg. The artist’s first solo show with the gallery took place in 1979, here he presents five new larger works, a selection of smaller works and drawings. The works displayed reflect upon the consistency Cragg has used throughout his career even as he moved from his early assemblages to casting sculptures during the mid-1980s. The resulting works project the forever materialist who easily transforms a simple image into a monumental and powerful form. 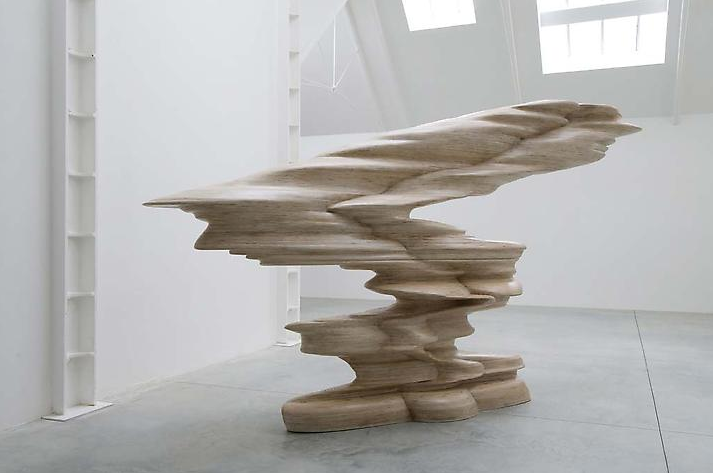 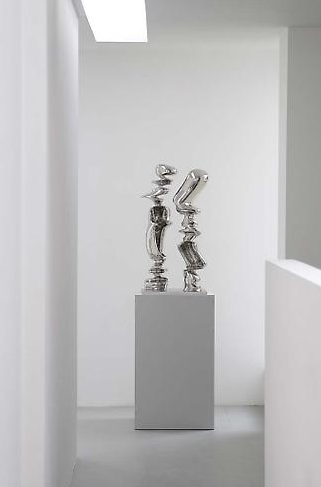 The works in this exhibition are made out of wood, fiberglass, cast and constructed steel. The use of such different materials reflects the artist’s depart from conventional sculptural elements and the desire to continually explore other ways of fabrication for large three-dimensional pieces. 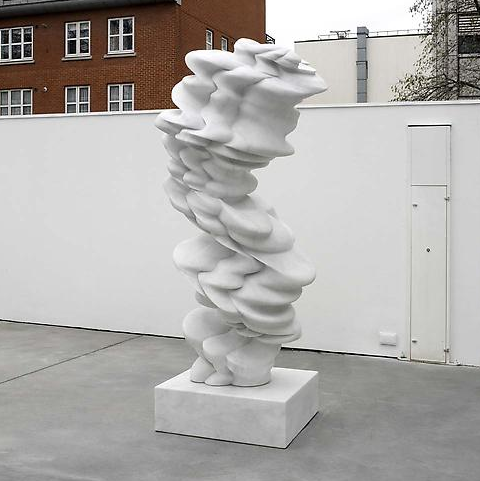 A few years ago the artist was quoted as saying that he was in search of the “constant material condition found in the whirling of tornados.’ Works such as the wood sculpture Elbow (2010) project exactly such movement with its elongated and edgy parts which fiercely stretch out towards either side. The dynamism and vitality in these new works endow Cragg’s latest exhibition with great energy and appeal. 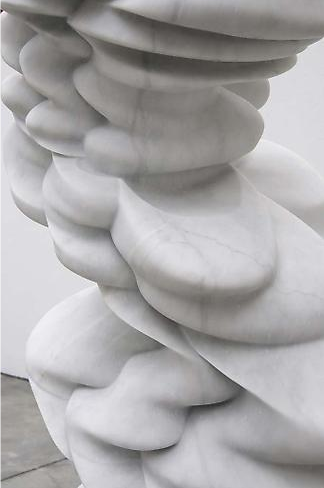 Tony Cragg was born in Liverpool and now lives in Wuppertal, Germany. He represent the United Kingdom at the Venice Biennale in 1988 and was the recipient of the prestigious Turner Prize that same year. In 2002 he received the Piepenbrock award for sculpture and in 2007 the Praemium Imperiale for significant influence of his work on the field of sculpture. Tony Cragg’s work can be found in major museum collections and private galleries throughout the world. 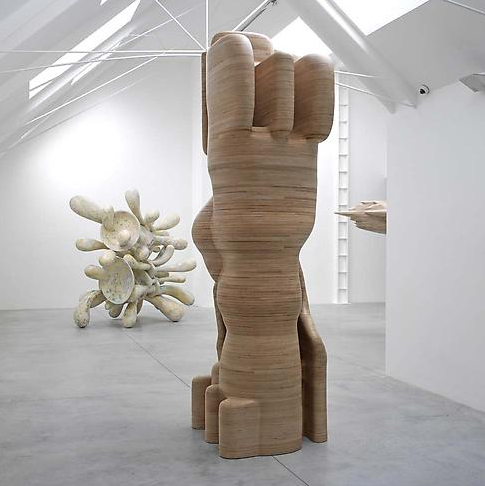 This entry was posted on Wednesday, April 14th, 2010 at 10:00 am and is filed under Go See. You can follow any responses to this entry through the RSS 2.0 feed. You can leave a response, or trackback from your own site.