Go See – Moscow: Mark Rothko – Into the Unknown World, The Garage Center for Contemporary Culture on view until August 14, 2010

On April 23, a first major retrospective of the American artist Mark Rothko (born Marcus Rothkowitz in Dvinsk, Russia,September 25, 1903 – February 25, 1970) opened at The Garage Center for Contemporary Culture, Moscow, Russia. Thirteen works of his later period on display at the Garage come from the collection of New York financier Erza Merkin. The exhibition was organized in collaboration with Pace Wildenstein Gallery, NY. 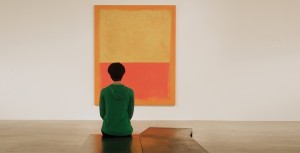 Exhibition view. No. 12 by Mark Rothko

The exhibit’s title, “Mark Rothko: Into an Unknown World,” quotes a manifesto Rothko wrote with artists Adolph Gottlieb and Barnett Newman in 1943 describing art as “an adventure into an unknown world, which can be explored only by those willing to take the risks.”

Thirteen paintings on display in the Garage’s new gallery span the 20 years of the artist’s mature period, 1949-1969. Included are studies for all three of Rothko’s famous mural projects: the Seagram Murals for the restaurant of the Seagram Building in New York, murals for the Holyoke Center at Harvard University and for the Rothko Chapel at the University of St. Thomas in Houston. 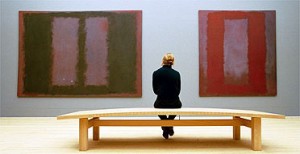 The Seagram murals on display at Tate Gallery, London 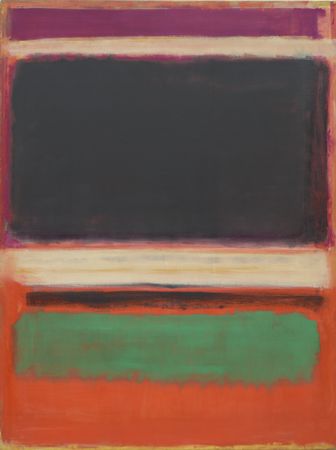 No.13 by Mark Rothko

“My understanding about [the paintings] is that they were put together over a number of years and selected from the best of what was in the Rothko estate after his death,” said Mollie Dent-Brocklehurst, international curator for the Garage. She said the paintings had never been shown together. The lighting of the gallery is arranged to emphasize pictorial peculiarities of Rothko’s paintings that tend to dim as time passes. According to Dr. Irving Sandler, art critic, historian and Professor Emeritus of the State University of New York, the artist himself preferred the dimmed lighting, arriving at his own exhibitions before the curators to turn down the light. 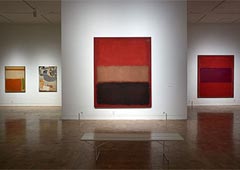 Mark Rothko was born Marcus Rothkowitz on September 25, 1903, in Dvinsk, Russia (now Latvia). In 1913 he left Russia and settled with the rest of his family in Portland, Oregon. Rothko attended Yale University, New Haven, on a scholarship from 1921 to 1923. That year he left Yale without receiving a degree and moved to New York. In 1925 he studied under Max Weber at the Art Students League. He participated in his first group exhibition at the Opportunity Galleries, New York, in 1928. During the early 1930s Rothko became a close friend of Milton Avery and Adolph Gottlieb. His first solo show took place at the Portland Art Museum in 1933. Rothko’s first solo exhibition in New York was held at the Contemporary Arts Gallery in 1933. In 1935 he was a founding member of the Ten, a group of artists sympathetic to abstraction and Expressionism. He executed easel paintings for the WPA Federal Art Project from 1936 to 1937. By 1936 Rothko knew Barnett Newman. In the early 1940s he worked closely with Gottlieb, developing a painting style with mythological content, simple flat shapes, and imagery inspired by primitive art. By mid-decade his work incorporated Surrealist techniques and images. Peggy Guggenheim gave Rothko a solo show at Art of This Century in New York in 1945. In 1947 and 1949 Rothko taught at the California School of Fine Arts, San Francisco.  The late 1940s and early 1950s saw the emergence of Rothko’s mature style, in which frontal, luminous rectangles seem to hover on the canvas surface. In 1958 the artist began his first commission, monumental paintings for the Four Seasons Restaurant in New York. The Museum of Modern Art, New York, gave Rothko an important solo exhibition in 1961. He completed murals for Harvard University in 1962 and in 1964 accepted a mural commission for an interdenominational chapel in Houston. Rothko took his own life on February 25, 1970, in his New York studio. The artist’s works are represented in the collections of the Metropolitan Museum of Art, the Museum of Modern Art, New York, National Gallery of Art, Washington, Tate Gallery, London, Center George Pompidou, Paris, to name a few. 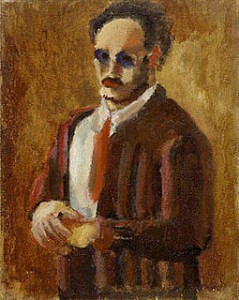 Self-Portrait by Mark Rothko
The Garage Center for Contemporary Culture, a non-for-profit art gallery and educational center, opened in 2008 in Moscow under the patronage of the Russian financier Roman Abramovich.

Born in Cohasset, Mrs. O’Brien was raised and educated in Hingham. She had been a longtime Rockland resident.

Mrs. O’Brien worked as a receptionist at South Shore Medical Center in Norwell during the 1970s and 1980s.

Mrs. O’Brien was an avid Red Sox fan and particiapted in many cancer research fund-raisers.

A funeral Mass will be celebrated at 11 a.m. tomorrow at Holy Family Church, Rockland.

Burial will be in Holy Family Cemetery.

This entry was posted on Thursday, April 29th, 2010 at 2:05 pm and is filed under Art News. You can follow any responses to this entry through the RSS 2.0 feed. You can leave a response, or trackback from your own site.

2 Responses to “Go See – Moscow: Mark Rothko – Into the Unknown World, The Garage Center for Contemporary Culture on view until August 14, 2010”