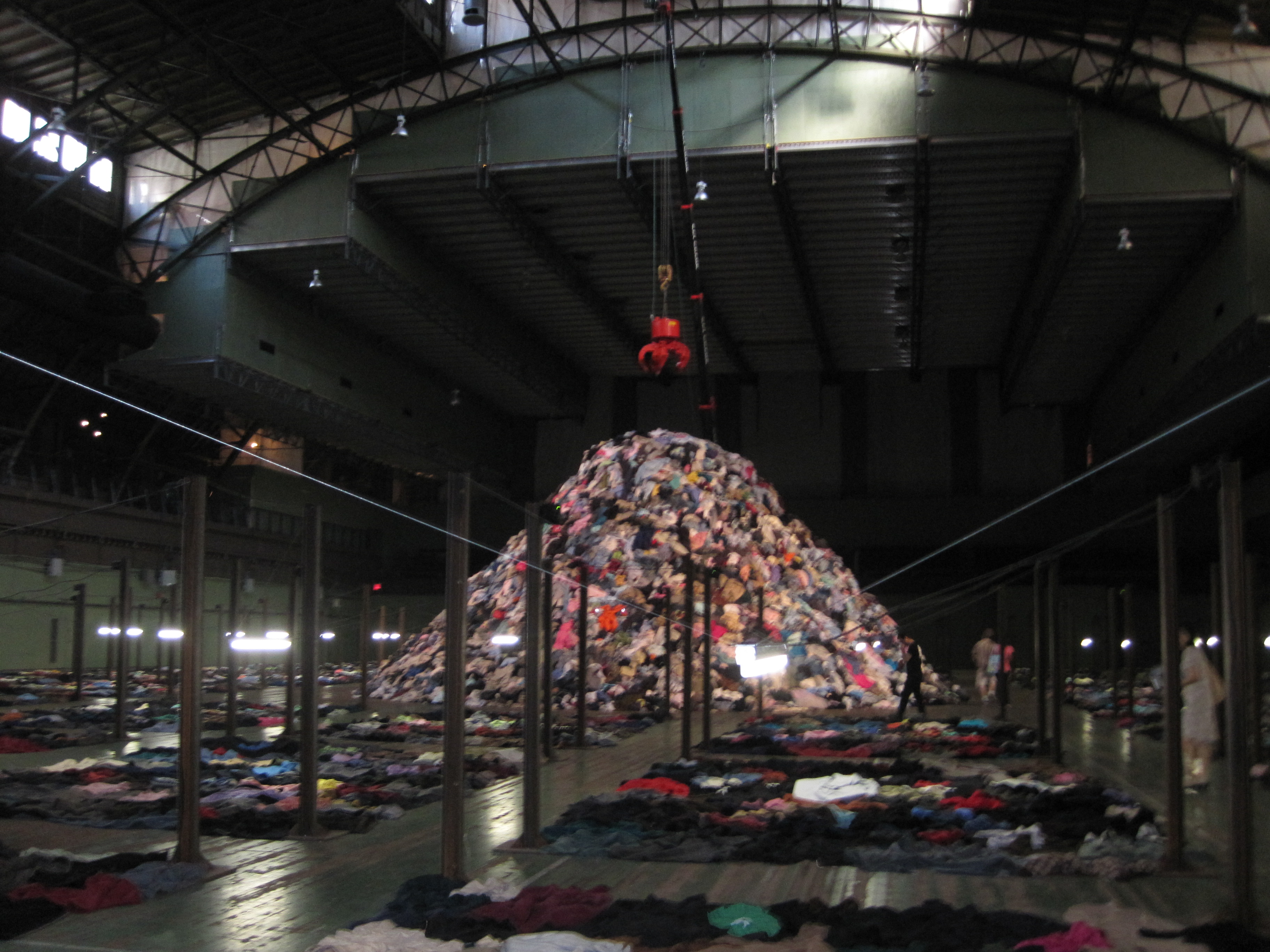 AO was on site at the Park Avenue Armory’s second annual commission, which is showing until June 13.  This year’s installment features Christian Boltanski, in an ambitious new work that fills the 55,000 square-foot Drill Hall.  It’s called “No Man’s Land,” and it involves clothing, metal cranes, and the amplified sounds of its visitors’ beating hearts.

More images, video, and story after the jump… 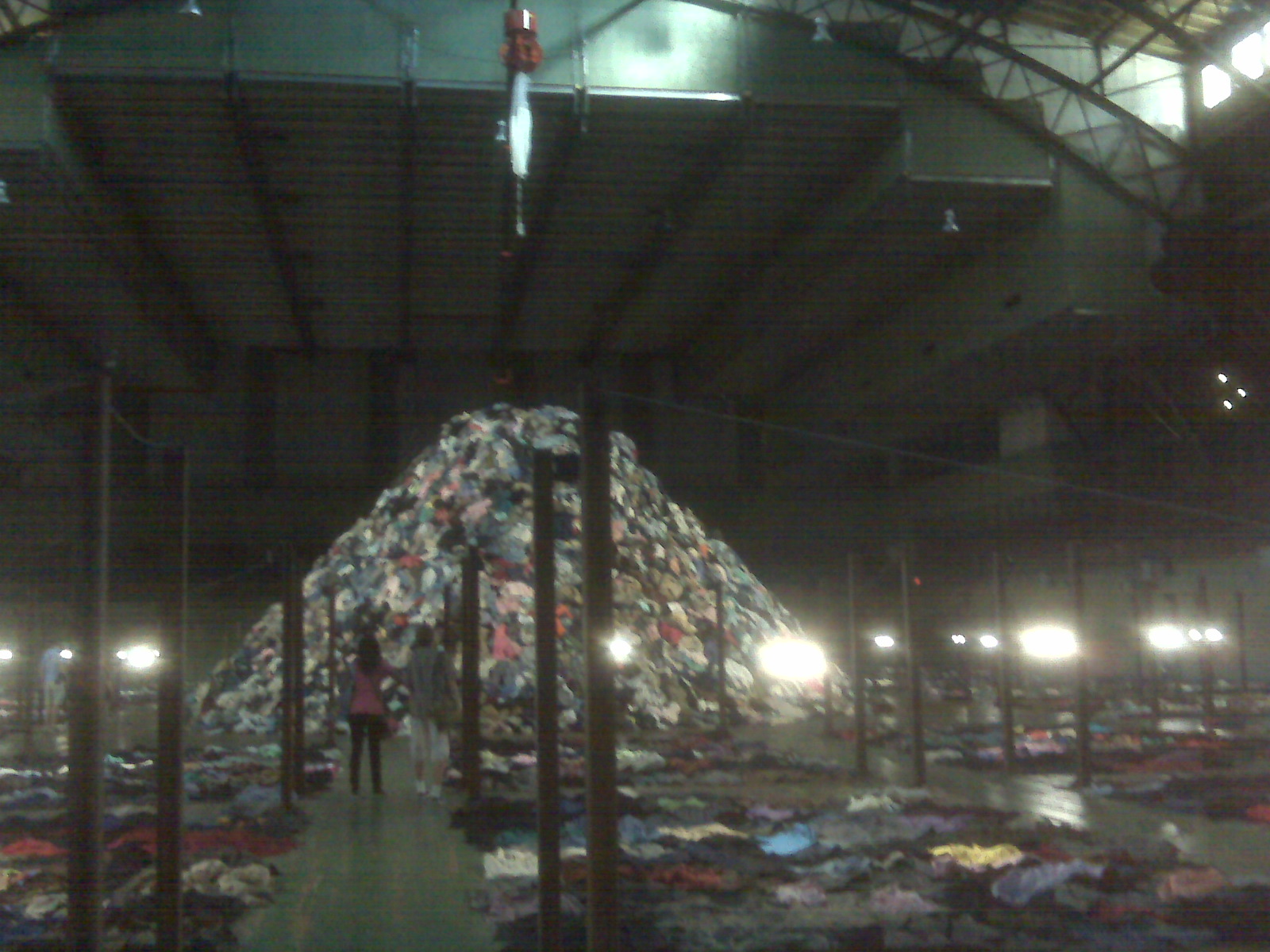 “No Man’s Land” is a 40-foot mountain of used clothing that continually moves, assisted by the conveyor belts that run throughout it. A metal claw hangs off a five-story crane, which lifts a piece of clothing, lets it fall, and lift it again. The piece’s title tells patrons that the mountain (and process) is of no one’s territory, so that it is of everyone’s. Implicated are ideas of collective and individual, manifest in the material individuals have worn as spurred on by a collective (anyway, of individuals). In other words, a single crane returns, by chance, a piece of clothing it may catch to the mountain built of clothing. The artist becomes an agent of chance. 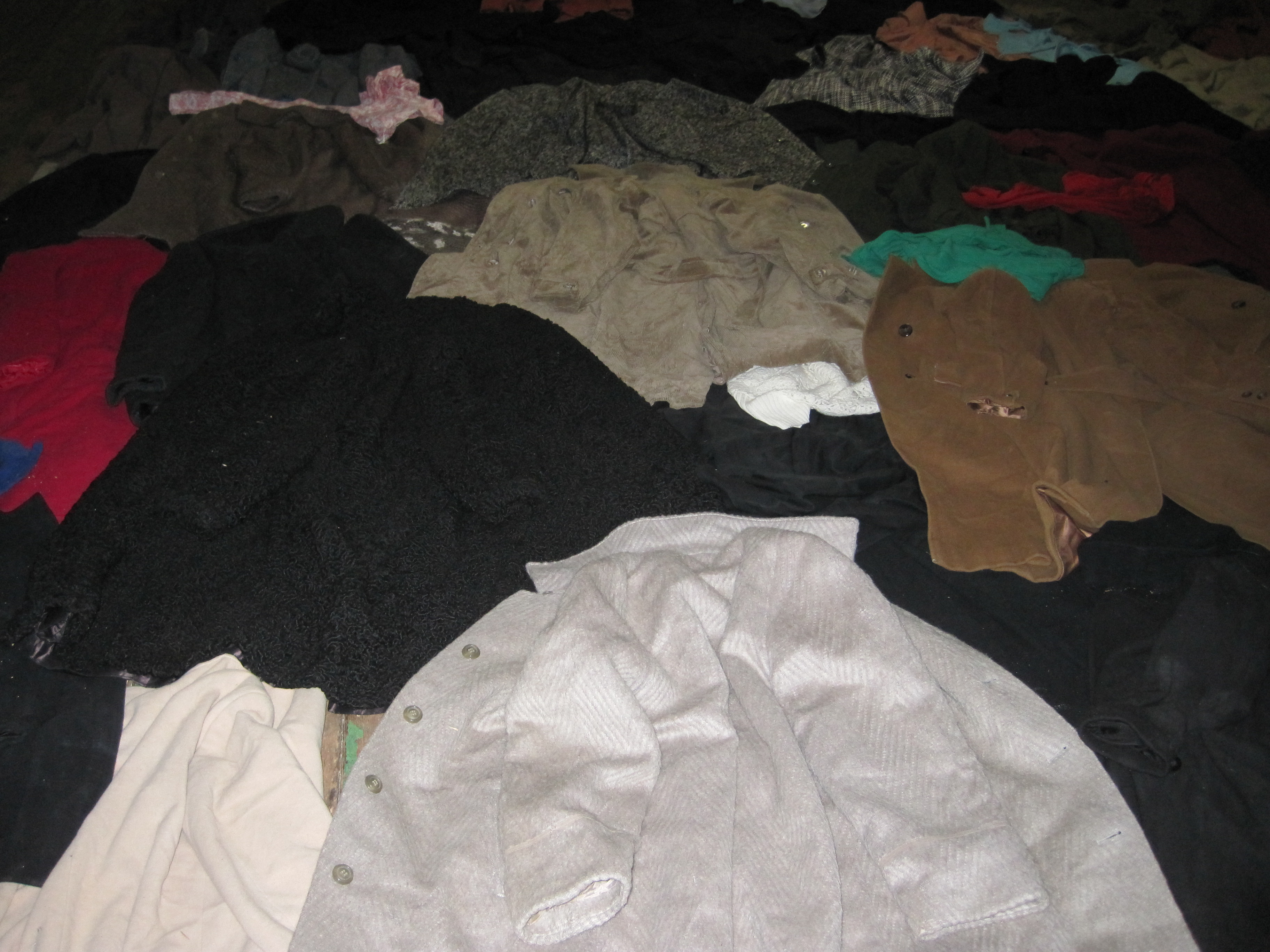 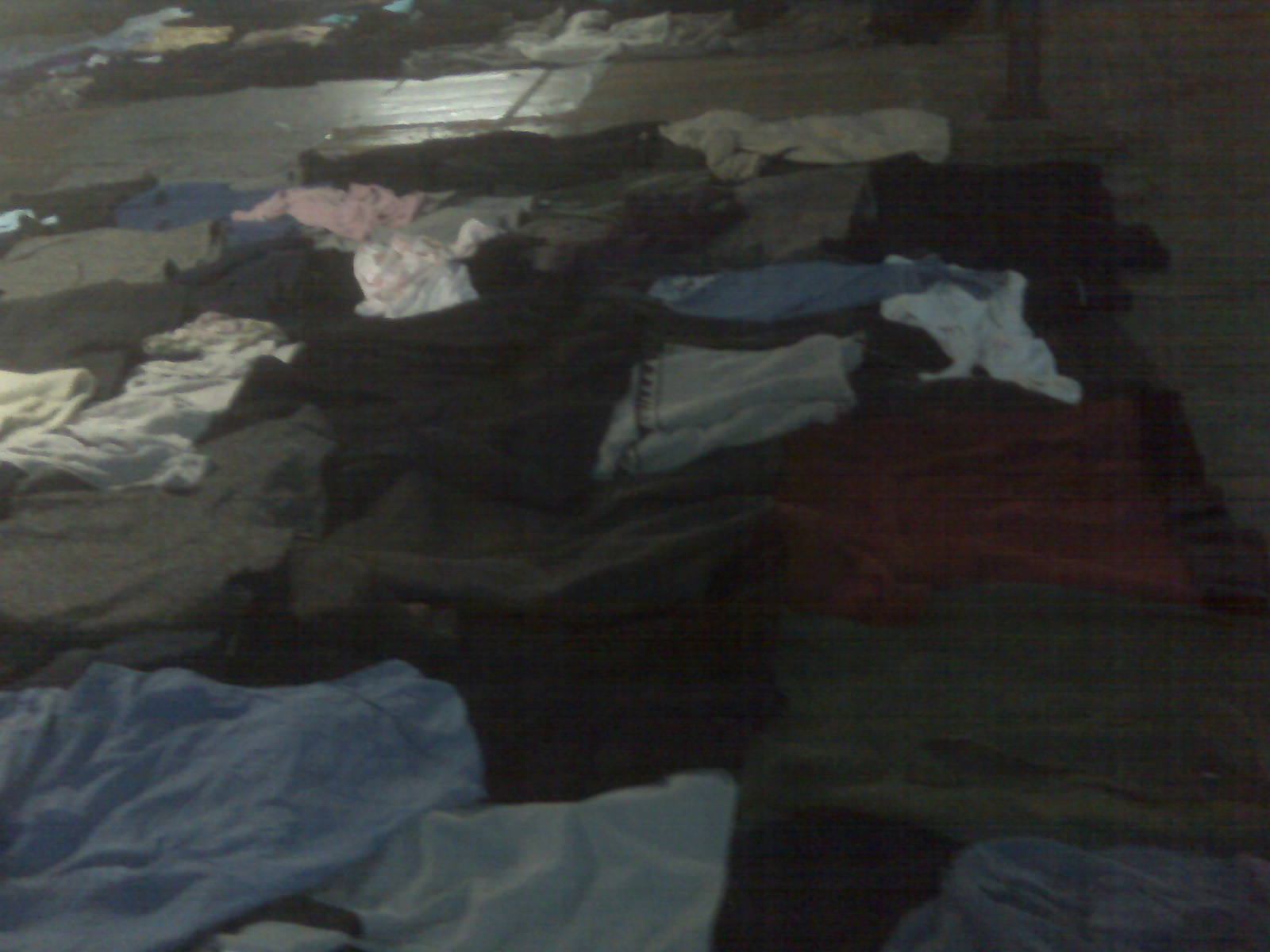 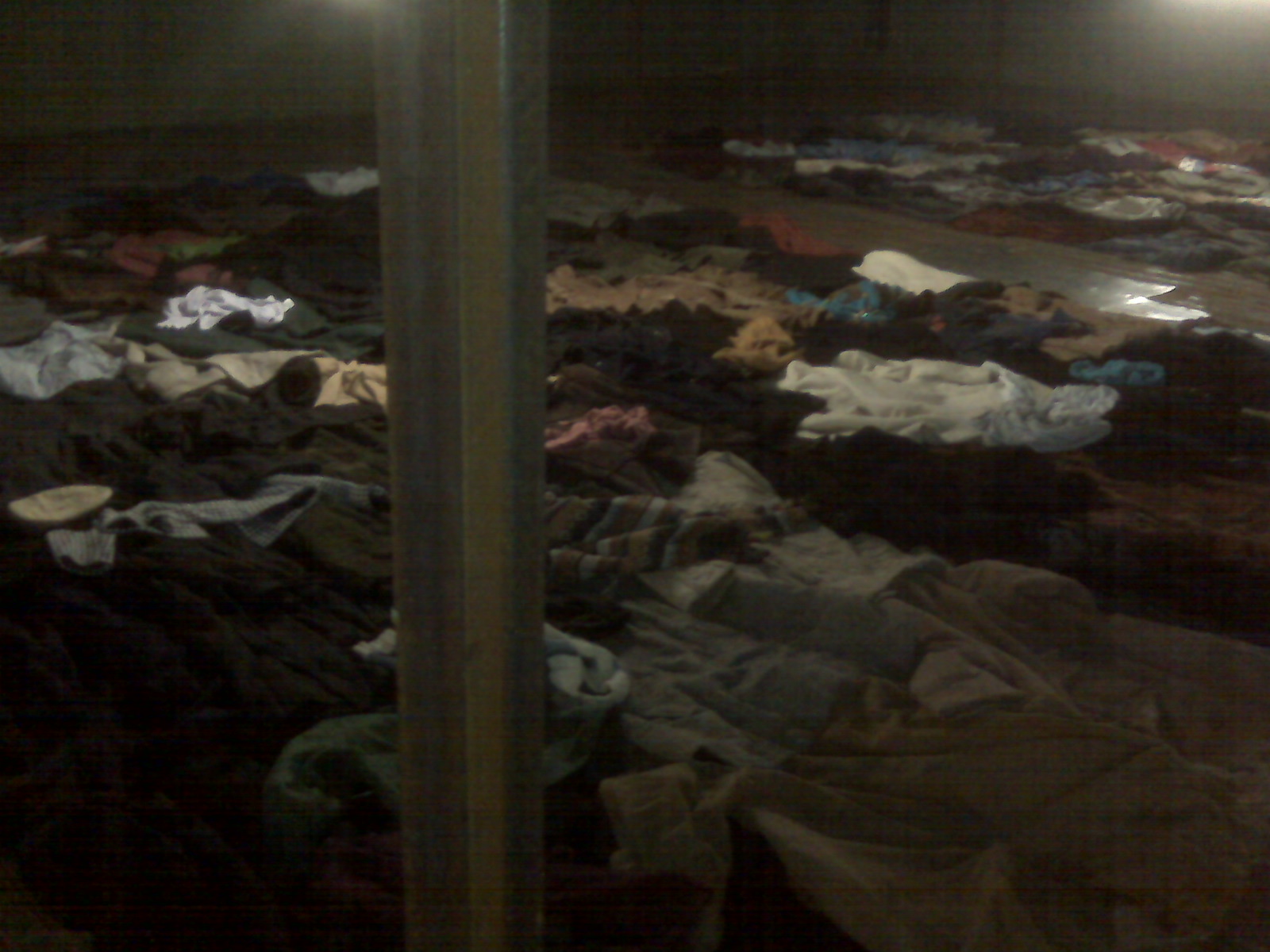 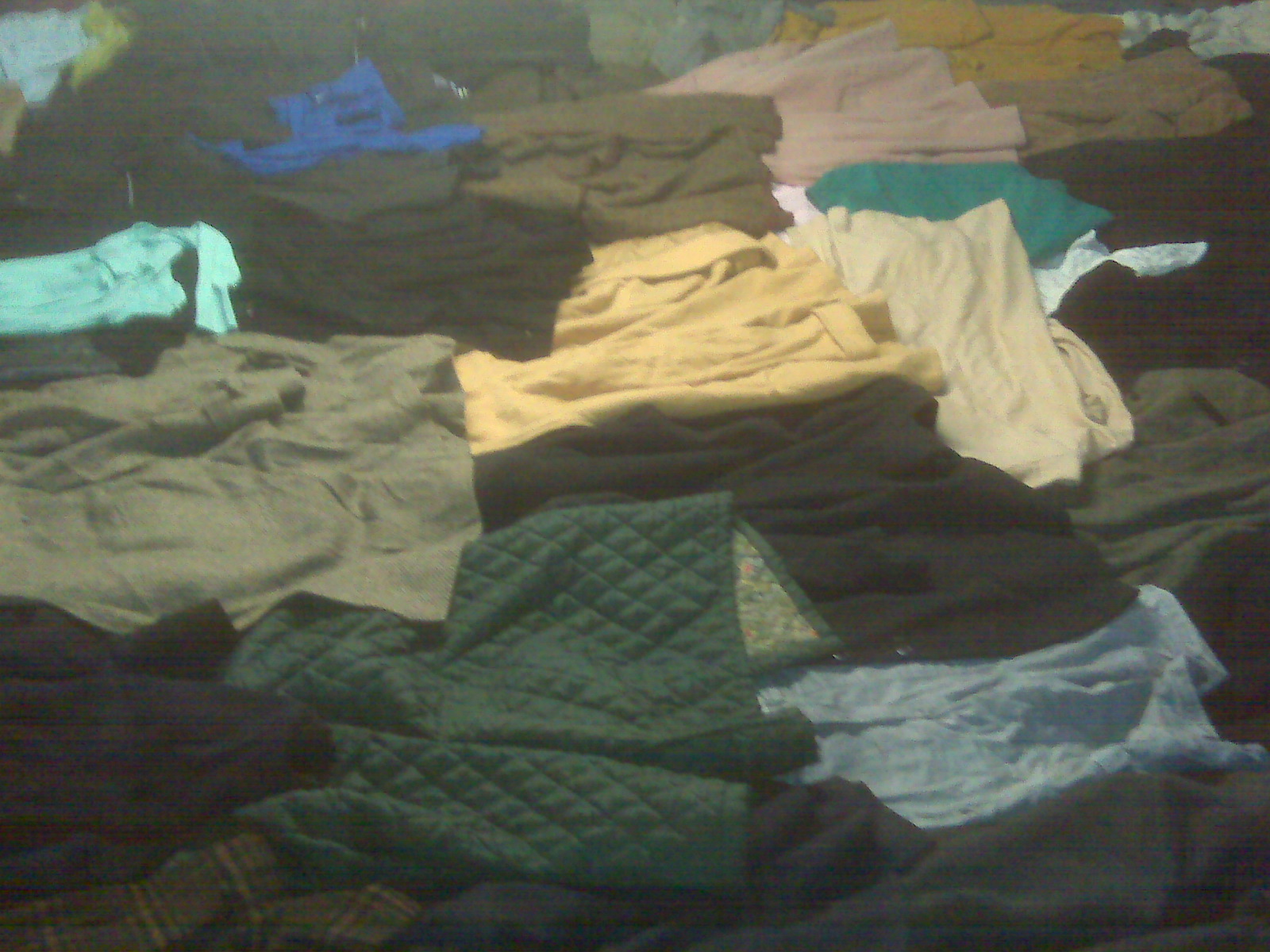 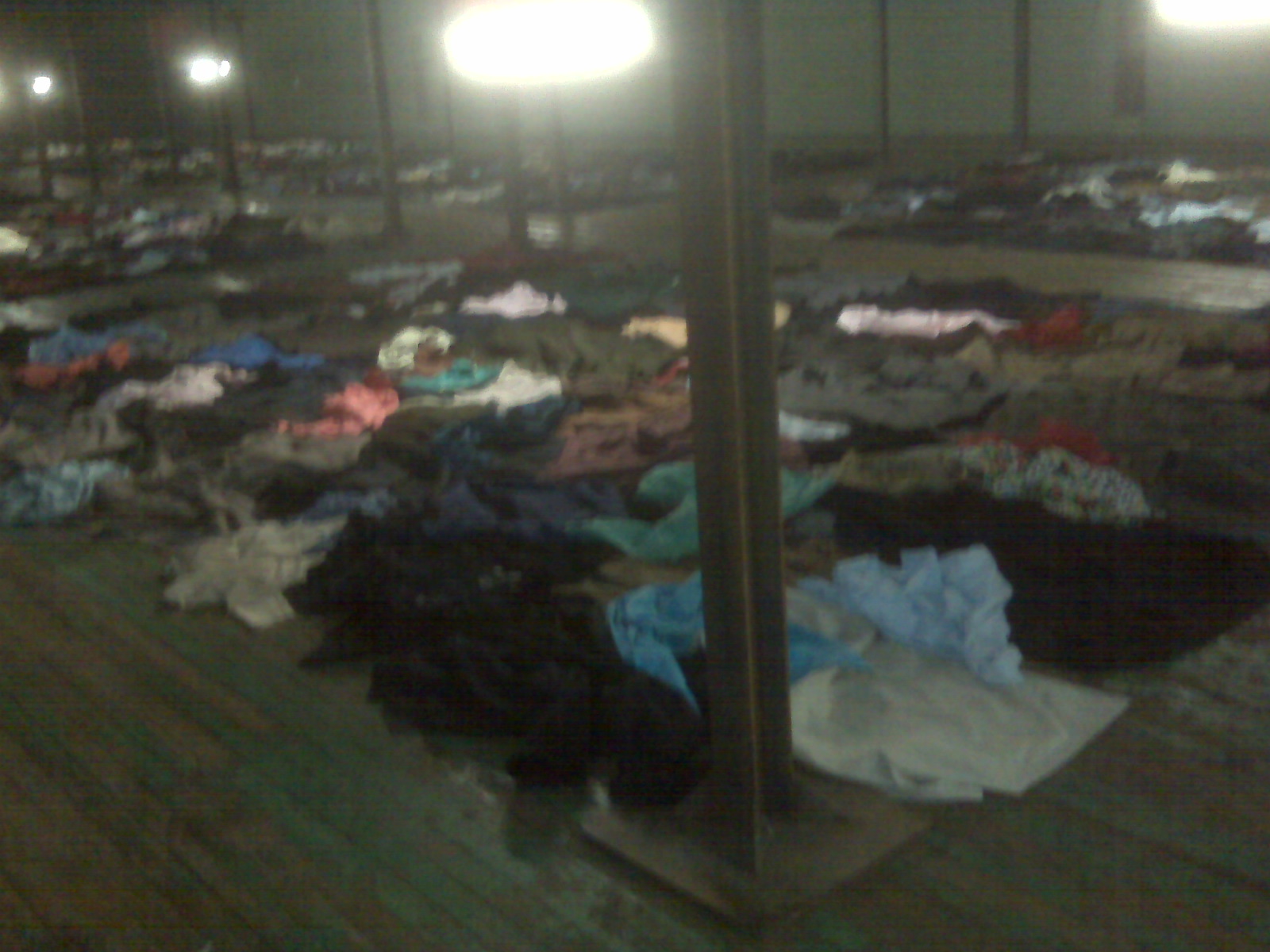 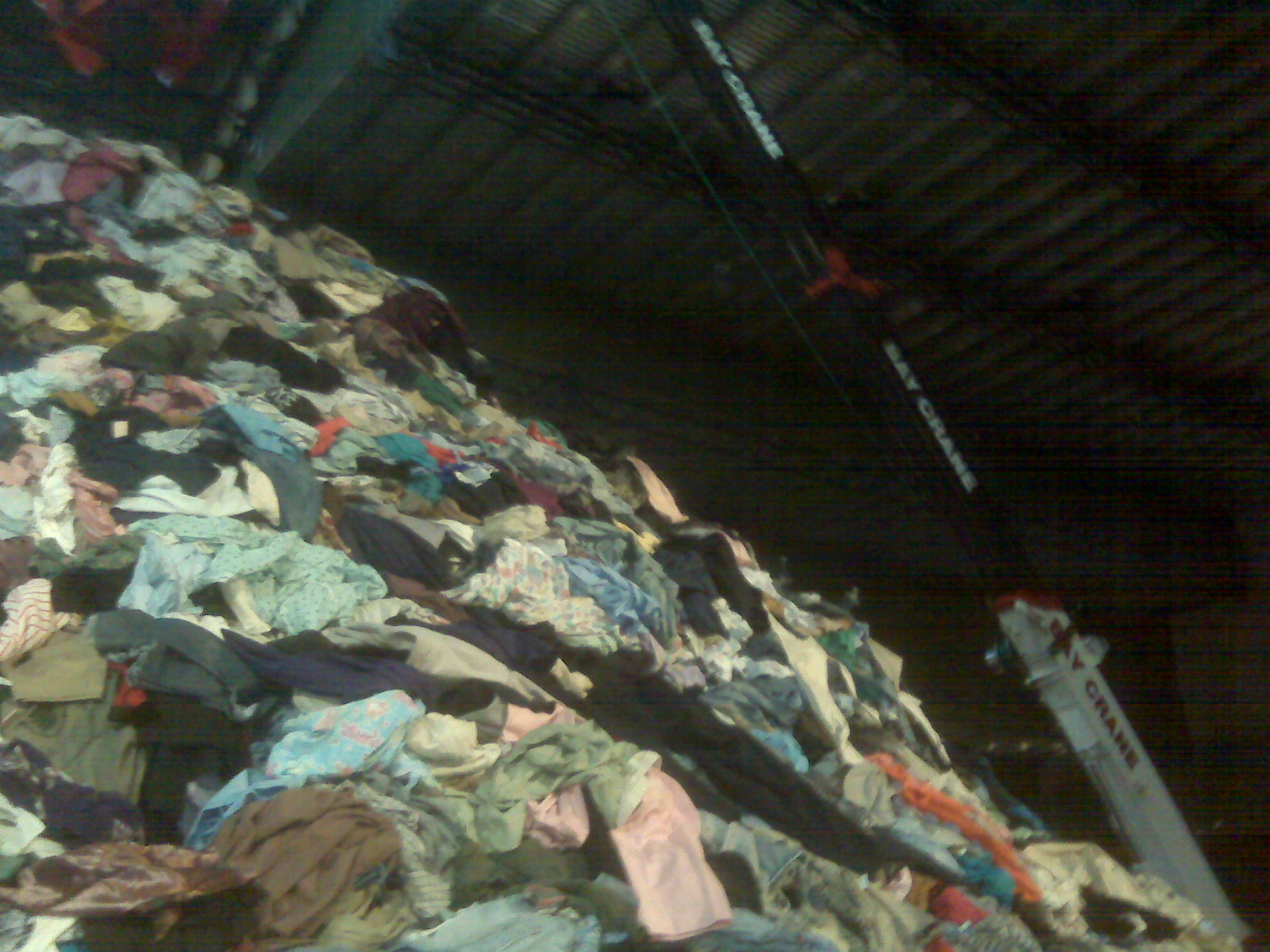 Born in Paris in 1944, the award-winning artist Christian Boltanski has had shows at galleries around the world, including Istanbul Modern; Fondazione Magnani-Roca, in Parma, Italy; Munich’s Galerie Bernd Klüser; Rome’s Museo d’Arte Contemporanea Roma; Institute of Contemporary Arts London; and more. His work is the subject of the Armory’s second commission, following last year’s launch with Ernesto Neto’s “anthropodino.” “No Man’s Land” is the second large-scale work of a series exploring humanity and the human trace; at the Armory, the mountain is surrounded by camps of discarded clothes. The Armory piece gives a different context to “Personnes,” a January 2010 show at Paris’s Grand Palais, which used many of the same materials.

WHAT THE READERS SAY ABOUT THE BUAYA MENACE THANK you for organising an open forum to discuss the menace that `buayas’ bring to the wonderful game of golf. website how to get rid of pimples overnight

There are two types of `buayas’ – Type One: being the one who NEVER declares his true handicap and, Type Two: The one with a true handicap but CHEATS whenever the opportunity arises.

The Type One `buaya’, I believe, is an open secret as they can consistently shoot 8 to 14 under their handicap.

There was once a 23 handicapper who shot an amazing 19-under his declared handicap in a tournament in Kuantan. Obviously this story did not make into the news as the club was truly embarrassed of having such a `buaya’ amidst their members.

So how to get rid of the Type One `buaya’?

All clubs must insist that every golfer who registers to play a round of golf in Malaysia (regardless whether it is his home club or not) must submit his card at the end of the round.

All golfers are identified by a National Handicap Number as a pre- requisite to the MGA Handicap System, therefore, all clubs must key in the scores of every golfer that plays at their golf courses.

At the end of the month, apart from the scorecards submitted at their home club, the said golfer’s handicap should reflect his scores for every round he has played that particular month.

Do away with the system that only calculates a person’s handicap through tournaments (monthly medals for example). Let’s not admit golfer’s into a tournament without the MGA Handicap Card. For those without a card, sign up, pay up and follow the rules.

Let me relate an experience I had in one of the highly publicised amateur tournaments held in every State culminating to a final, where the champion gets to watch a `major’ golf event overseas. go to website how to get rid of pimples overnight

At the tee box (being the last flight to tee off), the Type Two `buaya’ said: “To win or to be placed high enough to get prizes, we need to get birdies.

“To be fair I would like to suggest that all four of us will be given a birdie each (the handicap in this flight ranges from 12 to 16).

“If somehow a “natural” birdie comes along, it would be a bonus and you will be definitely win some prizes.

“Don’t worry, I know a lot of people who are doing this and if you do not want this “opportunity”, you would be missing out. So which hole you guys want your birdie to be at?”

My friend and I got the shock of our lives, and did not agree. The Type Two `buaya’ managed to convince the golfer sharing a buggy with him to agree.

As the game progressed, no “natural birdies” came along, my friend and I lost interest, played badly and left the tournament after having a shower.

What I should have done was to report to the tournament organiser but thinking of another chance meeting with the Type Two `buaya’ at a golf club somewhere in time, I`d rather not.

From then on, I decided never to play in such amateur competitions again.

So how to get rid of the Type Two `buaya’? I don’t know but I would love to hear ideas from the NST readers.

This entry was posted on Wednesday, May 26th, 2010 at 12:02 pm and is filed under AO On Site, Go See. You can follow any responses to this entry through the RSS 2.0 feed. You can leave a response, or trackback from your own site.

One Response to “AO On Site – New York: Christian Boltanski 'NO MAN'S LAND' at Park Avenue Armory, through June 13, 2010”