Don’t Miss – London: Nigel Cooke at the Modern Art Gallery through May 29th, 2010 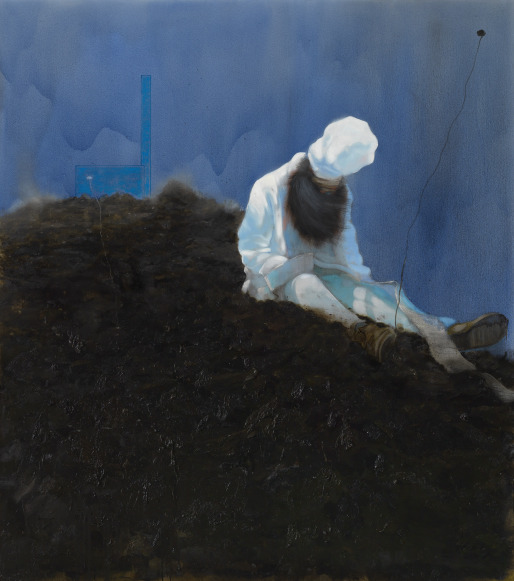 On view at Modern Art Gallery in London through May 29th is “Night Crossing,” a solo exhibition of new work by British artist Nigel Cooke. Renowned for his large scale melancholic works, his newest effort centers around the triptych Departure, which was inspired by Max Beckmann’s triptych of the same title (1933-1935). Also on view are a series of full length portraits, along with several sculptures. This is Cooke’s fourth solo exhibition at Modern Art Gallery. 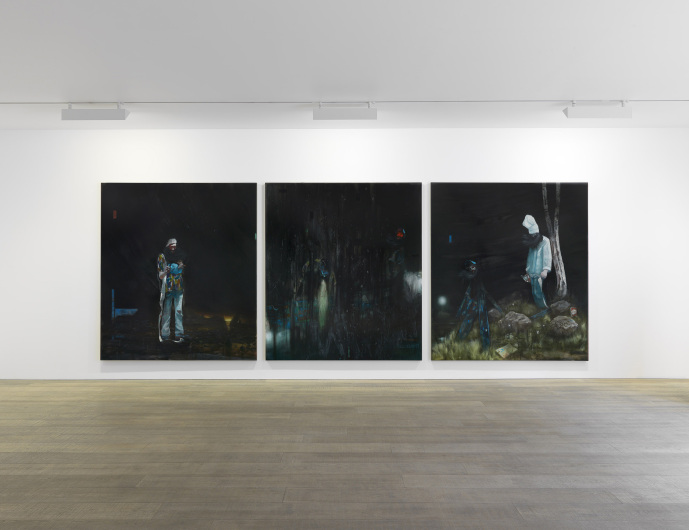 In Departure, Cooke introduces a cast of characters set amidst a daunting background of darkness. As in Beckmann’s triptych, Cooke confronts his viewer with images of failure, ignorance, hope, and redemption in the face of an uncertain future. 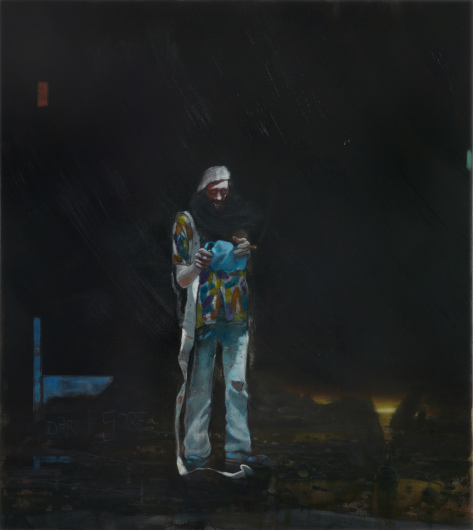 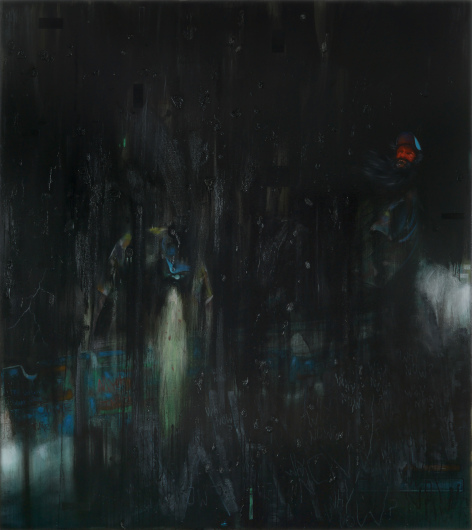 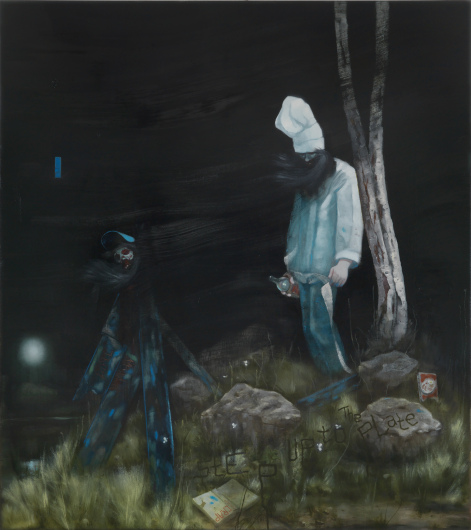 Nigel Cooke was born in Manchester in 1973 and lives and works in London. He was awarded a PhD in Fine Art from Goldsmith’s College in 2004, and an MFA from the Royal College of Art in 1997. He has several upcoming solo exhibitions, including shows at Blum & Poe in Los Angeles, and Andrea Rosen Gallery in New York. His work is also currently on display in the exhibition Skin Fruit, curated by Jeff Koons, at the New Museum. 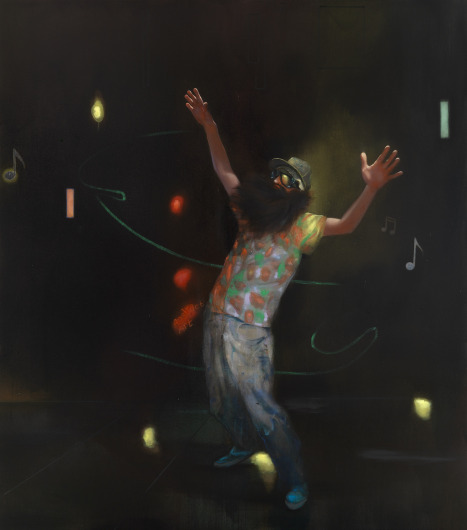 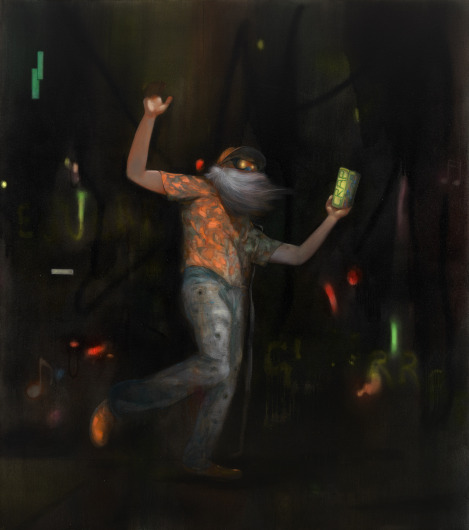 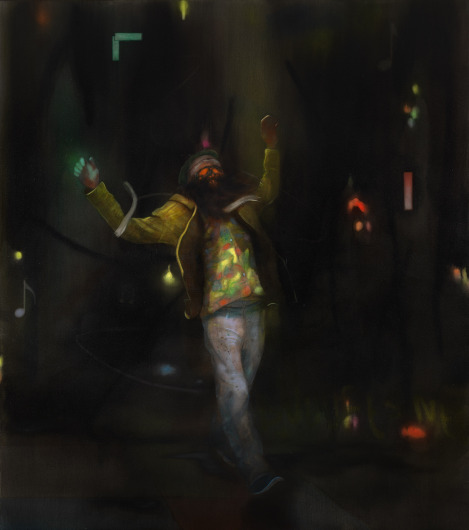 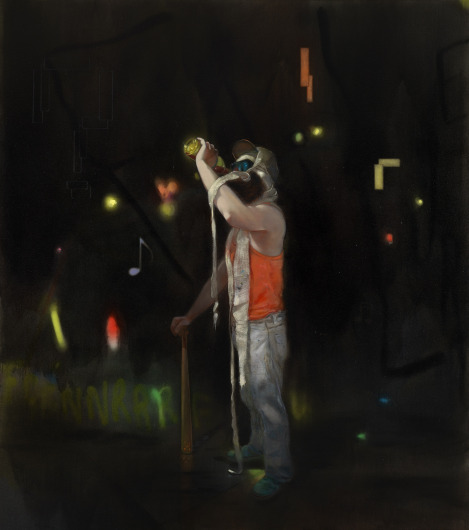 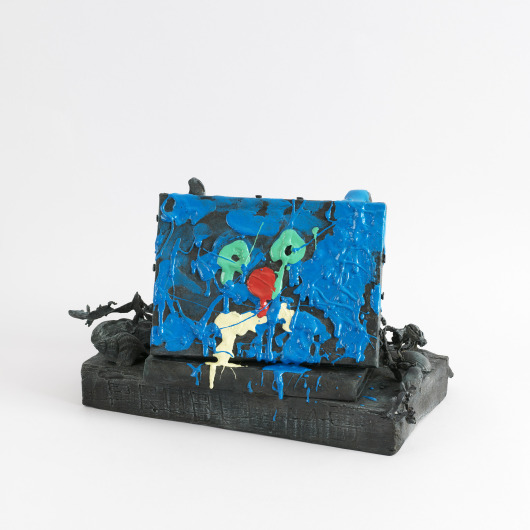 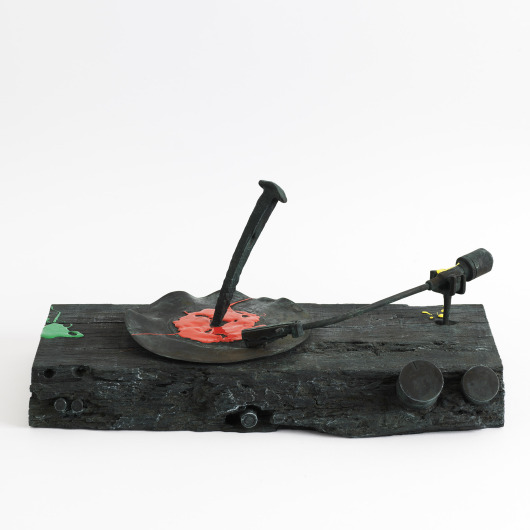 This entry was posted on Thursday, May 27th, 2010 at 6:15 pm and is filed under Go See. You can follow any responses to this entry through the RSS 2.0 feed. You can leave a response, or trackback from your own site.