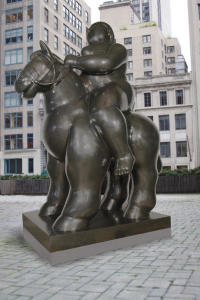 Woman on the Horse, 2006 by Fernando Botero.  All images via Marlborough Gallery unless otherwise noted.
[This work is one of the most imposing sculptures in show, with a total weight of 1,600 pounds.]

Currently on view at Marlborough Gallery, Chelsea, New York is an exhibition of the works by the Colombian artist Fernando Botero.  On display in the gallery are works representing classical subjects such as Leda and the Swan, 2007 and Rape of Europe, 2007. The exhibition is on view until May 29th. 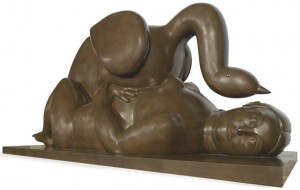 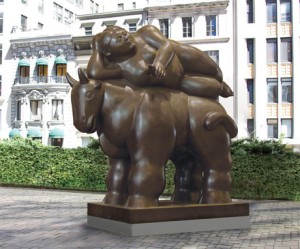 Rape of Europa, 2007 by Fernando Botero

The centerpiece of the exhibition, Rape of Europa, is the artist’s original interpretation of the classic subject-matter, where Europe is not the innocent victim of the raging beast, but a domineering powerful female that have completely domesticated the bull. 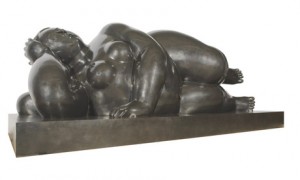 The Reclining Woman, 2007 by Fernando Botero

The artist has said of his works, “I never give particular traits to my figures. I don’t want them to have personality, but rather that they repre­sent a type that I create. My sculptures do not carry any messages, social or otherwise… what matters for me is the form, the voluptuous surfaces which emphasize the sensuality of my work.” 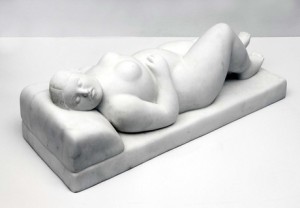 The Reclining Woman, 2006 by Fernando Botero, variation in white marble 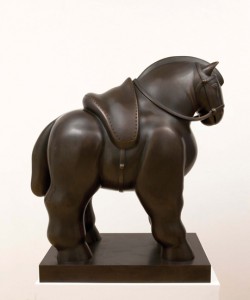 Horse with a Saddle, 2006 by Fernando Botero

Large-scale sculptures by Fernando Botero are on display on various prominent locations around the world, including the Champs-Elysees in Paris, Park Avenue in New York, Chicago, Venice and Berlin. These public sculptures have helped give the artist the international acclaim. 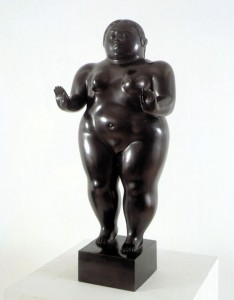 Also on display at Marlborough Chelsea are Botero’s oil paintings and works on paper executed in 2006 – 2007. 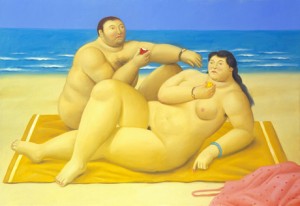 The Beach, 2006 by Fernando Botero 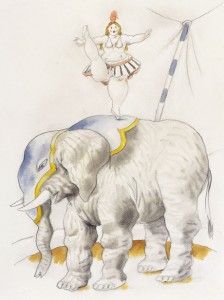 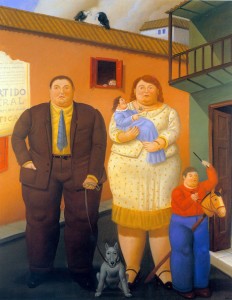 Family is an iconic Botero, exhibiting his unique ability to portray “the discreet charm of the bourgeoisie” with gentle humor and affection. Sometimes, the artist turns his seemingly innocent mild manner  into social critique; he sardonically “inflates” presidents, cardinals, and laymen alike. 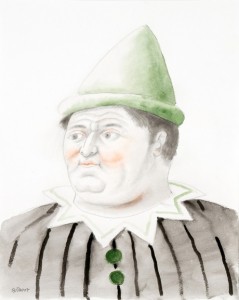 Fernando Botero was born in Medellin, Columbia in 1932. He moved to Bogota in 1951 and had his first show there the same year. His first retrospective took place in 1970 and traveled to museums in Baden Baden, Berlin, Dusseldorf and Hamburg. Since then, Botero has continually showed in museums all over the world. In the last ten years he has had an astounding number of museum shows in the following countries: Argentina, Belgium, Brazil, Chile, Colombia, France, Germany, Greece, Israel, Italy, Japan, Korea, Mexico, the Netherlands, Portugal, Spain, Sweden, Switzerland, Uruguay, Venezuela, and the United States.

This entry was posted on Saturday, May 22nd, 2010 at 1:00 am and is filed under Galleries, Go See. You can follow any responses to this entry through the RSS 2.0 feed. You can leave a response, or trackback from your own site.