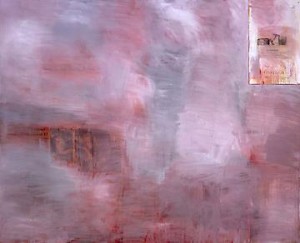 Currently on view at Gagosian’s Madison Avenue Gallery in New York is “Tiffany Paintings” by Richard Prince. The exhibition includes recent large-scale paintings and newsprint collages which reflect the artist’s continual interest in the recurring patterns of advertising. These large monochrome abstract paintings recall the Tiffany’s advertisement which was run daily for many years in the upper right hand corner of the same page of the New York Times. 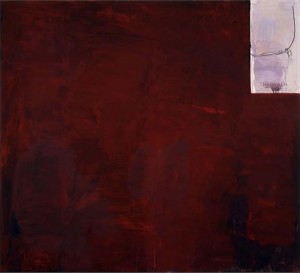 The Fountainhead (2010) by Richard Prince, via Gagosian Gallery

Prince’s new paintings are terse, abstract, and give illusion to various printed materials. At the same time the floating blocks of color, spatters, and swipes refer back to post-war Abstract Expressionist technique.  The works are as painterly as much as they reflect the image of the written word.  The titles of each work appear to be almost snatched from an advertisement stating phrases such as  “Picasso”, “Fountainhead”, and “undecided.” 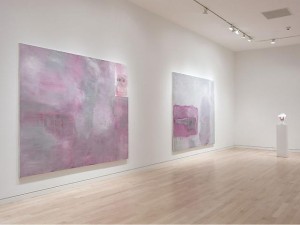 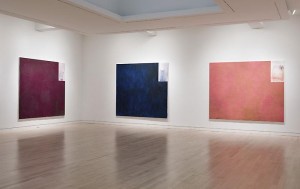 Richard Prince was born in 1949 in the Panama Canal Zone.  His work is exhibited in major galleries and museum collections throughout the world. He now lives and works in New York City. 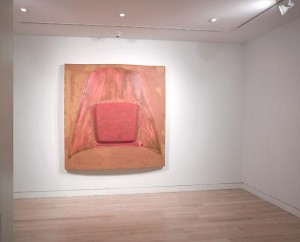 This entry was posted on Tuesday, May 11th, 2010 at 12:02 am and is filed under Go See. You can follow any responses to this entry through the RSS 2.0 feed. You can leave a response, or trackback from your own site.

One Response to “Go See-New York: Richard Prince’s Tiffany Paintings at Gagosian Gallery from May 7th to June 19th 2010”