One of the highlights of the current Berlin Biennial is the work of a young Dutch artist – Renzo Martens. Titled Episode 3 (2008), Martens’s 90-minute video constitutes a challenging portrait of contemporary media and capitalist exploitative foundation that continues to run a deep division between North and South. Martens takes a candid, often tragically ironic, approach in exposing and criticizing First-World self-righteous image.

More text and related images after the jump…

A still from Episode 3. Renzo Martens explains the meaning of the neon signs to the villagers in the Congo. via Art Tattler

Despite his reputation for having an introverted and laconic character, Martens was openly responsive to questions and comments about his piece. Perhaps, it was the informal and low-key atmosphere that distinguished the opening of the 6th installment of Berlin Biennial for Contemporary Art. Martens’s work is controversial enough to arouse curiosity, anger and self-conscious assessment of Westerner’s position in the world of omnipresent NGO’s and economically driven politics. Episode 3 produces a striking effect by combining documentary footage along with intervening shots of the artist that highlight subjective narrative style and undermine the function of film reportage. Using a handheld camera, Martens guises himself as an amateur observer who poses poignant questions that elucidate a perpetuating system of exploitation and hopelessness.

Visually compelling and emotionally unnerving, Episode 3 evokes the films of Werner Herzog, specifically the jungle scenes from Fitzcarraldo except instead of carrying relief supplies Martens’s “ship” illuminates the dark waters with a neon sign “Enjoy (please) Poverty.” Here, poverty is a resource as much in economic terms as it is in media and artistic production. Martens obviates the hopeless situation of Congolese peoples in running an experiment in which he trains a group of indigenous photographers to make images of dying children in order for them to enter the media market. These efforts prove futile as the photographers are unable to obtain permits. The imagery of the developing world is thus a colonized and exploited sphere as much as the inequitable economy of gold mining in the Eastern Congo, where Western companies, under the protection of the UN troops, are continuously reaping benefits at the expense of powerless locals who are consistently denied participation.

Opening credits of Episode 3 by Renzo Martens. via ArtSlant

Renzo Martens is well aware of his own artistic motives and inescapable implications of producing a video whose exposure will once again repeat the double exploitation he obviates. Episode 3 shatters any idea of hope. The villagers only become a part of the grand scheme of the art market, their actions and conversations gain the quality of a performance that is meant to be consumed elsewhere. Martens allows for no idealistic streak to creep in. He bluntly says: “the idea of hope is a projection of a public, white man’s fantasy.” Phenomenologically speaking, hope is a concept that rests directly upon the future, much like faith, it can be understood in its symbolic capacity that distinguishes it from the realm of unbound possibilities and that of an apprehension of the possible past. In the Third World, progress seems impossible and Episode 3 acutely illustrates the lack of any solution to the moral dilemma of capitalist economic system. Rather than reproduce reality, however, Martens re-performs preexisting conditions and constructs a new reality that calls the viewer to examine his own role as much as that of the artist’s in forming perceptive conclusions of the world around us. 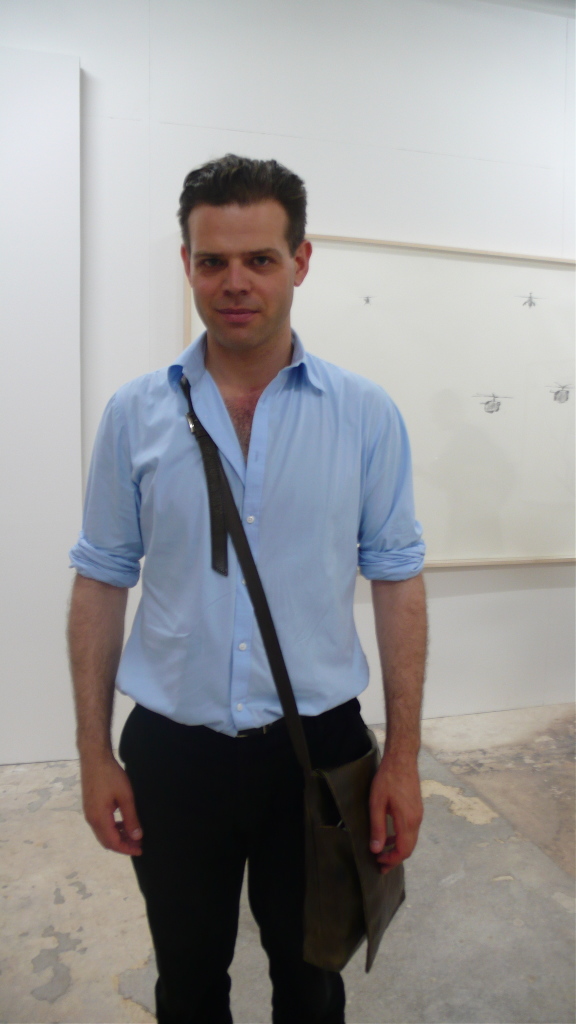 At the press preview, Renzo Martens readily chatted with the visitors about his art practice and experience working in the Congo for 2 years. 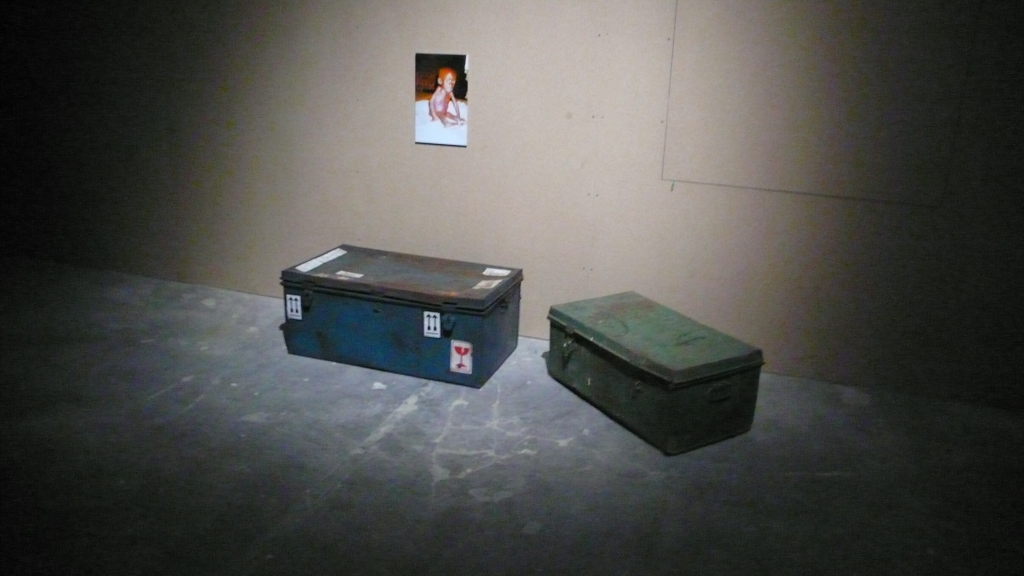 Installation that accompanies the video. Episode 3 is being screened at 2 hour intervals at Oranienstraße 17.

This entry was posted on Monday, June 14th, 2010 at 12:01 pm and is filed under AO On Site. You can follow any responses to this entry through the RSS 2.0 feed. You can leave a response, or trackback from your own site.