Home » AO On Site – 6th Berlin Biennial for Contemporary Art: ‘what is waiting out there’ through August 8, 2010

AO On Site – 6th Berlin Biennial for Contemporary Art: ‘what is waiting out there’ through August 8, 2010 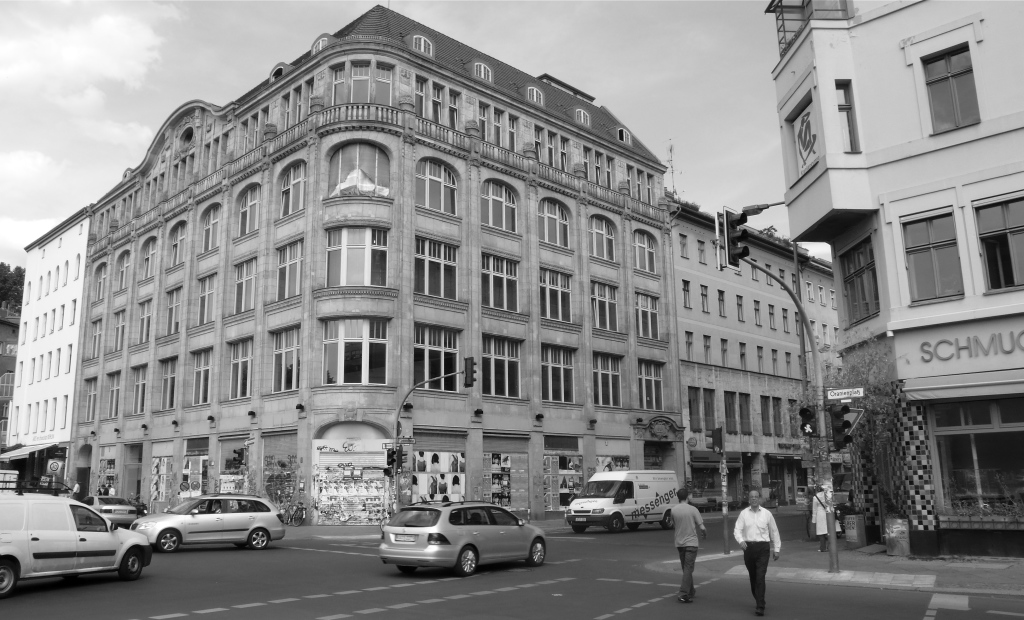 Of the circuit of international biennials, Berlin’s event remains one of the most unpredictable and fresh contemporary art forums around. Opening to the general public on June 11th, the Kathrin Rhomberg-curated Berlin Biennal is titled: what is waiting out there.  The exhibition cites its crux in the ambiguity of reality, space, and time: out there. Spreading its reach across six venues–4 in Kreuzberg district, 2 in Mitte)–the Biennial unfolds into an artistic treasure hunt, both in terms of the pieces it presents, and in the unusual environments Rhomberg has selected for the exhibitions. Berlin’s eclectic atmosphere serves as a natural complement to the aesthetics and emotions of the show.

Sprawling across the 2nd floor Oranienplatz 17 gallery is a work by Marcus Geiger, titled Kommune. Image via Welt.de

Much of the infrastructure of Kreuzberg is 20th Century, pastel-colored, and overgrown with or hidden behind lush greenery. Cobblestone street and rundown or abandoned buildings provide inspiration to a multinational, working class population, and to the younger, bohemian residents, who have tranformed Kreuzberg into one of the most happening neighborhood in the city. The Berlin Biennial undoubtedly plays up the eccentricity of space, transgressing boundaries and transforming existing environments into provocative artistic experiments. In the case of Danh Vo, for example, the artist has opened his studio apartment to the public. 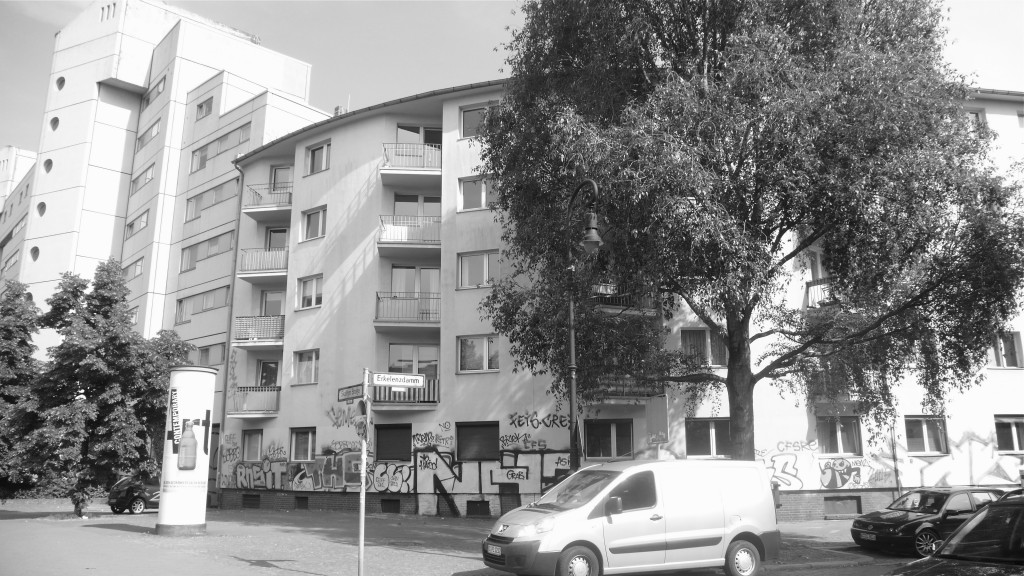 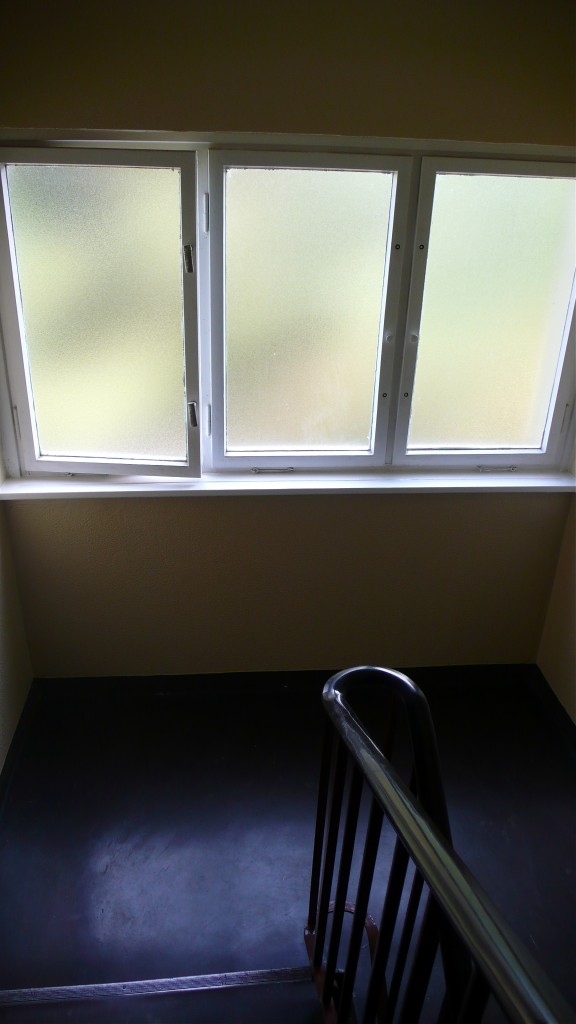 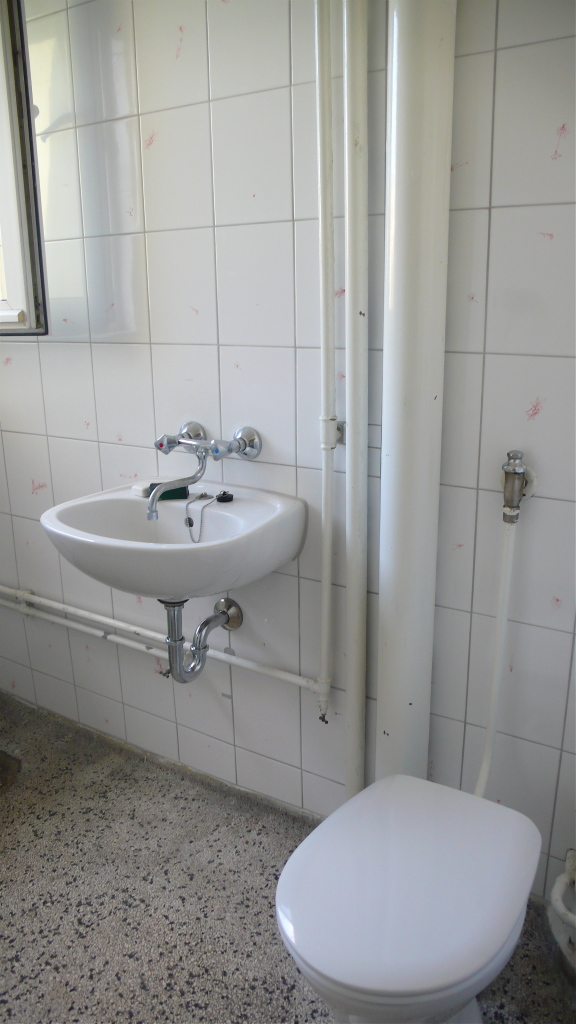 Installation inside the bathroom at Dahn Vo’s studio

The Biennial showcases work from some 43 international artists, many of whom have yet to  be showcased on the New York scene. The majority of the exhibition is devoted to mixed media and video art, where large-scale installations and architectural interventions dominate.  The title of what is waiting out there itself lends resistance to spatial, cultural, and terminological boundaries. Instead, the issue that emerges is the pertinence of subjective gaze and its implications of socio-political and aesthetic dialectic today. Although the show does not actively aim to develop a political agenda, many of the artworks seem to address the unsettled conflicts of past and present, social confrontation with globalized economic crises, technological and scientific developments, natural disasters, and geopolitical upheavals. To deny that the art selected for the Biennial is anything but socio-politically conscious would be a fundamental oversight. 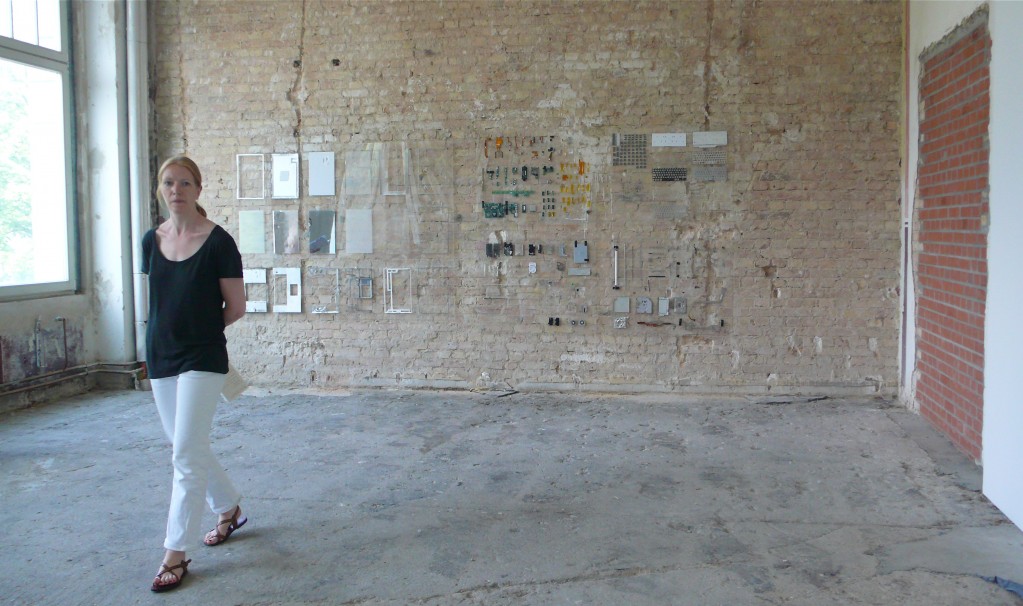 A part of Henrik Olesen installation titled I do not go to work today. I don’t think I go tomorrow/ Machine Assemblage I-II, 2010

Oranienplatz 17 is the largest venue of the biennial and presents the greatest diversity of artists: among them are Andrey Kuzkin, Anna Witt, Henrik Olesen, Renzo Martens, Marcus Geiger, Olga Chernysheva, Mohamed Bourouissa, Ruti Sela & Maayan Amir, Nir Evron, Marion von Osten, Vincent Vulsma, and more. Here, narratives of individual and global realities unfold in a quiet yet challenging manner. At the press preview, one could spot Rosalee Goldberg, Klaus Biesenbach, and other New York art scene cognoscenti. However, a somber mood pervaded the unevenly lit galleries as head-scratching clusters formed for the purpose of untangling the complicated art.

Among the most notable pieces in the show is the work of the youngest artist, 24-year-old Petrit Halilaj.  Halilaj is a native of Kosovo and works between Runik, Bozzolo, and Berlin. His project is a spatial intervention that begins at a barricaded entrance to Kunst Werke. Halilaj prevents visitors from approaching the exhibition experience in an expected way. Instead, he provides a path through a narrow metal staircase, down to the cellar where the audience encounters crumbling walls and chipping ceilings, dismantling expectations for a white cube gallery space. Finally, coming upon a great hall, viewers are astounded by the monumental wooden structure that expands itself through space. Reminiscent of a house, yet stripped bare of heavy walls and concrete, the structure reaches beyond the ceiling and continues into the courtyard, where a chicken coup houses a live hen. Additionally, For They are Lucky to be Bourgeois Hens consists of numerous drawings, sculptures, videos and spatial works that function with interventionist play, and explore themes of migration, memory, and time –a meditation of Halilaj’s experience growing up in conflict-stricken Kosovo. Despite its loaded existential symbolism, the piece carries a meditative tone that is lighter than expected, and at times, is even comical. Our experience of it becomes transformative, yielding aesthetic perceptions to those of a socially conscious mediated human action. Following Joseph Beuys’s idea of an “extended concept of art,” Halilaj’s production relates his reality to his viewers through an observable prism of time and space. 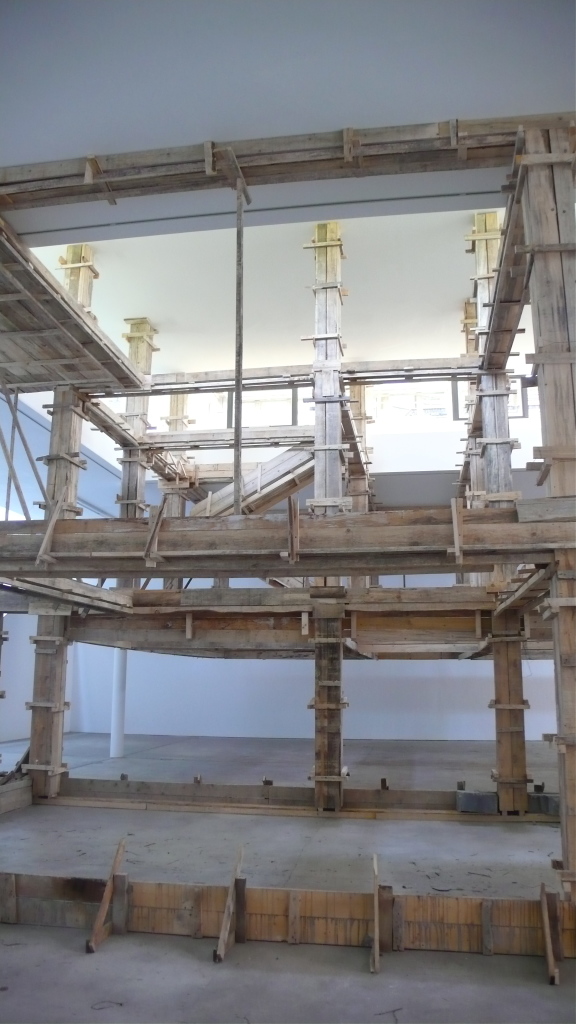 Part of the Petrit Halilaj’s installation at Kunst Werke 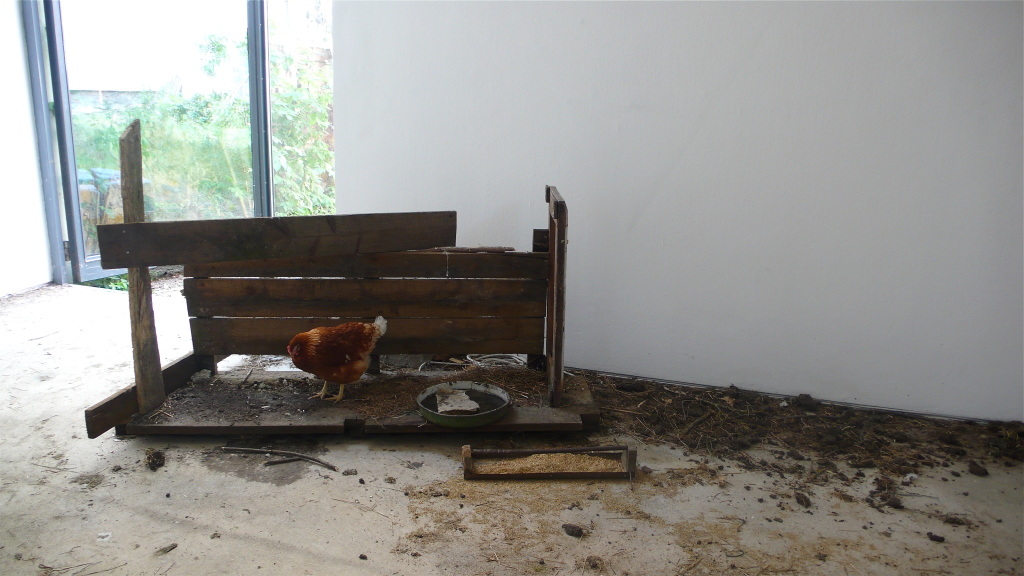 This entry was posted on Friday, June 11th, 2010 at 2:38 pm and is filed under AO On Site. You can follow any responses to this entry through the RSS 2.0 feed. You can leave a response, or trackback from your own site.

2 Responses to “AO On Site – 6th Berlin Biennial for Contemporary Art: ‘what is waiting out there’ through August 8, 2010”