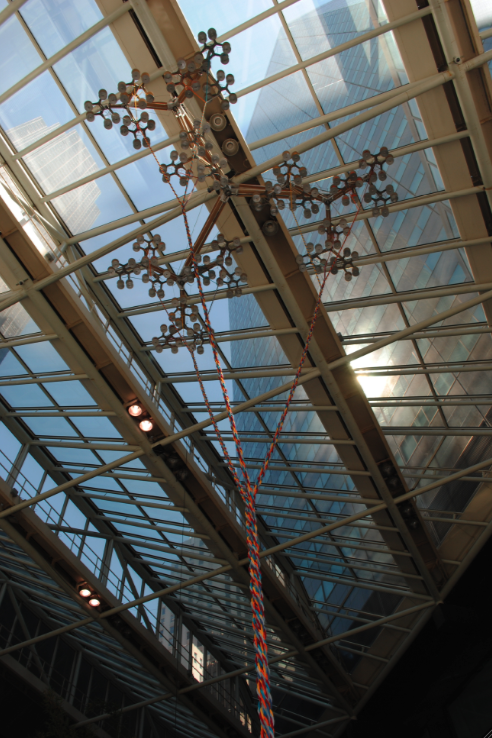 Conrad Shawcross: The Nervous System (Inverted) is an evolutionary piece that combines art and invention, a sculpture that completes itself as the audience looks on.  At 590 Madison Avenue, New York, 162 multicolored bobbins suspend 50 feet in the air, feeding rope into motorized contraptions.   The inconspicuously gradual weaving and intertwining, set against the glassy atrium ceiling, occurs at multiple levels of the piece.  The ropes combine in groups of three until one entity remains: a thick, colorfully woven rope that hangs to the floor, where it passes through a pulley and coils finally in a heap.  The complex machinery will ultimately produce one sturdy, 1,7000-foot braided rope, which will be cut into pieces and sold at the exhibition’s close. 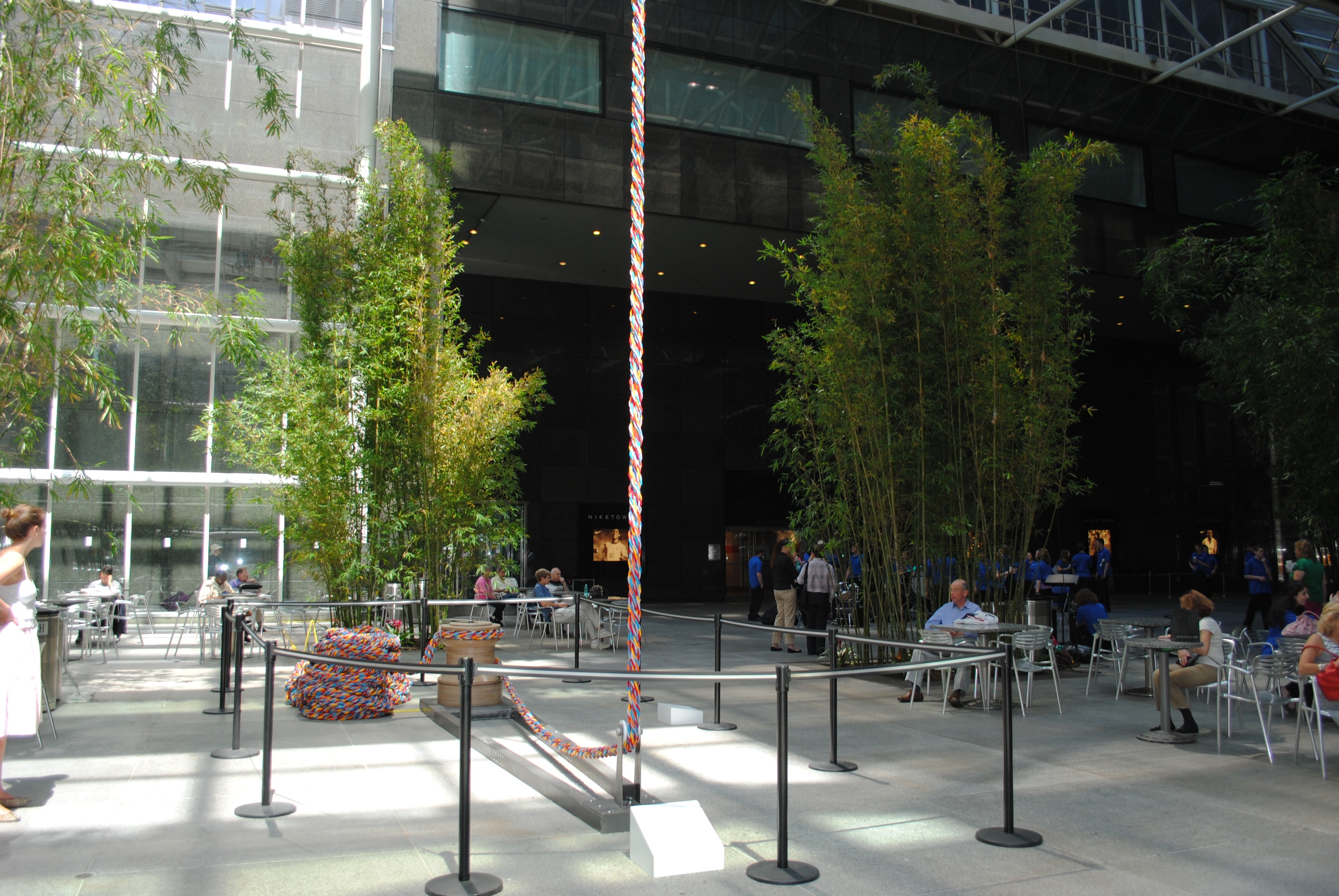 Shawcross’ sculpture, a system of pulleys, gears, metal contraptions, bobbins, and ropes, weaves 24 hours a day, steadily creating art regardless of observation.  Although a product of artistic labors, the piece is seemingly self-sustaining.  The sculpture is an amalgamation of continual processes of construction to which the audience is privy. 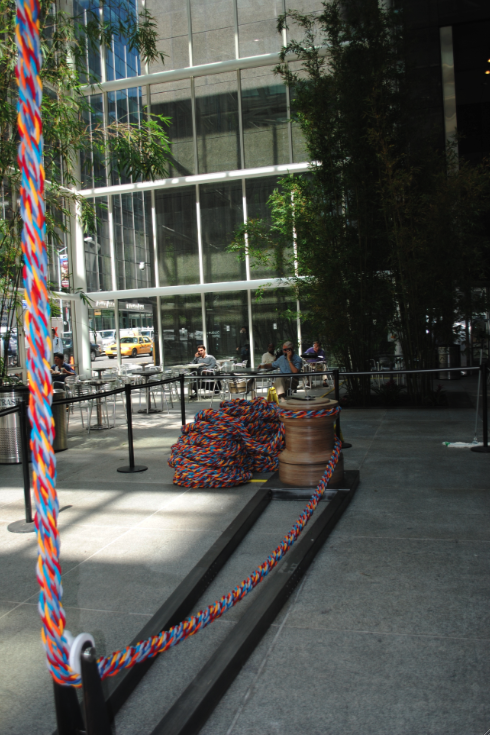 The final piece is nonexistent, rather, the progression is the spectacle.  Each rope combines to form one, which will be divided again, sold, and transported around the globe. The grand size of the heap of thick rope on the ground, despite the slowness of the constellation of bobbins, stresses the power of time and accumulation.

The exhibition is presented by the Pace Gallery, New York, and will be open and creating until July 10th, 2010.

This entry was posted on Wednesday, June 2nd, 2010 at 1:00 am and is filed under AO On Site. You can follow any responses to this entry through the RSS 2.0 feed. You can leave a response, or trackback from your own site.