January 17th, 2022
REFERENCE LIBRARY
Home » AO On Site – New York: Rivane Neuenschwander ‘A DAY LIKE ANY OTHER’ at the New Museum through September 19, 2010

AO On Site – New York: Rivane Neuenschwander ‘A DAY LIKE ANY OTHER’ at the New Museum through September 19, 2010 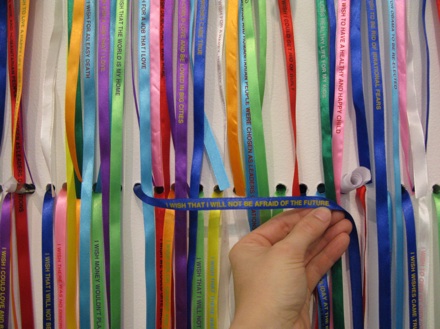 Earlier this week at the New Museum, Rivane Neuenschwander’s first American museum retrospective, “A Day Like Any Other”, opened, finally giving the States the opportunity to view the internationally acclaimed work of this Brazilian-born artist.  Art Observed was on site for the three-floor opening, which spans a decade of Neuenschwander’s refined and poetic presentations on how she understands the world. 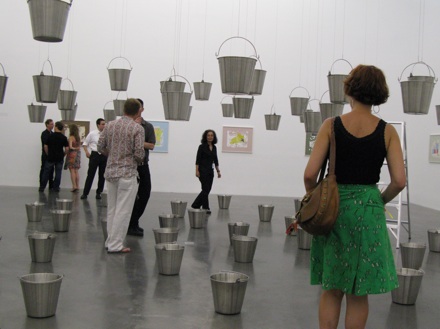 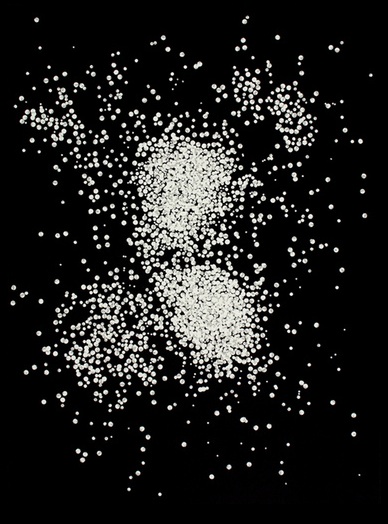 Displaying painting, video, sculpture, installation, and viewer participation, “A Day Like Any Other” addresses a rich, thorough appreciation of temporality.  On one floor, one approaches One Thousand and One Possible Nights (2006), a peculiar placement of galaxy scenes that, one learns, depict narrative layers of which the viewer becomes a participant.  The “stars” are meticulously hole-punched circles from One Thousand and One Nights, and the frames articulate the duration of the exhibition in calendar form, for each framed work represents one day.  Neuenschwander has made this particular piece multiple times, always corresponding to the length of the exhibition. The viewer, then, interacts with the the rationality of individual time spans: the more immediate experience of time while viewing the image, the cosmic temporality, and the combination of the simultaneously fathomable and unfathomable period of one thousand and one nights. 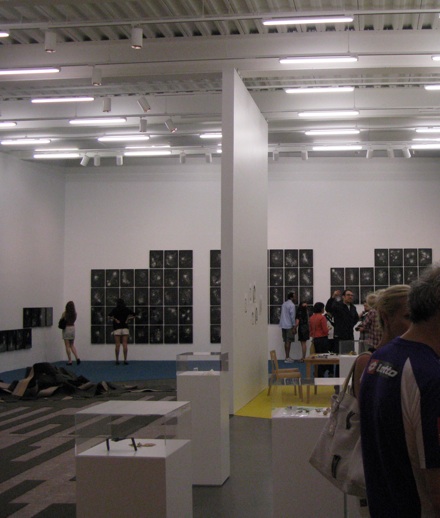 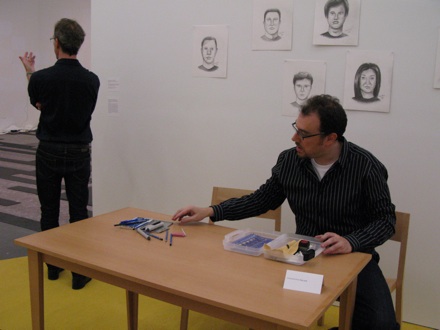 Additionally, this piece shares a room with First Love (2005)—in which a police sketch artist draws viewer descriptions of the first loves and displays them on the walls of the museum—and Involuntary Sculptures (Speech Acts) 2001-10, which consists  of several display cases of Neuenschwander’s collection of discarded fidget artifacts: finger-twisted napkin blossoms, precisely bowed bottle caps, delicate stack-ups, and incongruous marriages. 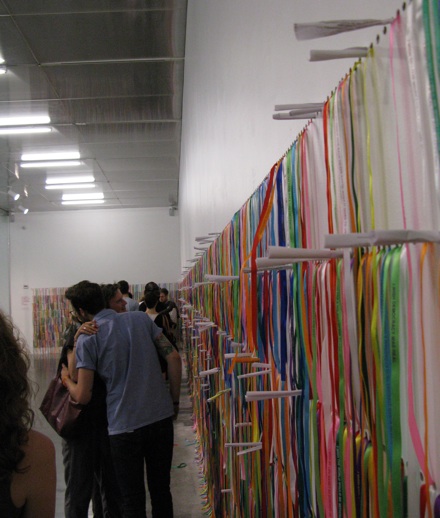 Perhaps most popular is the first floor’s open-to-the-public I Wish Your Wish (2003).  Based on the tradition of knotting wishes to the gates of Salvador, Bahia, Brazil’s church of Nosso Senhor do Bonhim, this prismatic wall of flapping ribbons holds the transcribed wishes of this piece’s previous iterations.  Viewers are invited to tie ribbons around their wrists, (fastened with three knots,) and allow the ribbons to wear away and fall off, allowing respective wishes to come to fruition.  Those at the opening appeared giddy, prudently selecting their ribbons, trading the charge of proper fastening, and excitedly sharing their selections, while others furrowed their brows in penciling replacement wishes for Neuenschwander’s next exhibition. 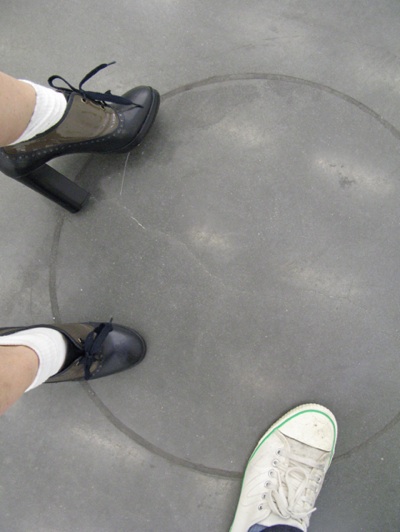 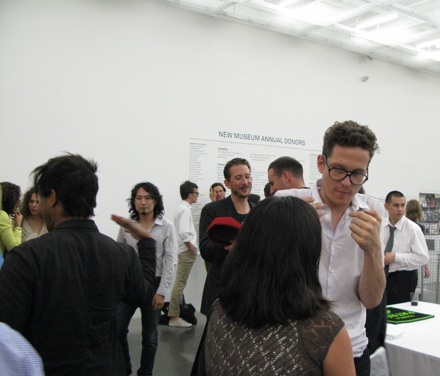 In the words of the New Museum’s Chief Curator, Richard Flood, “it is Neuenschwander’s extravagant disregard for artistic categories that makes her work so perfectly tempered for this time.  It is the ease with which she lives in the university of the world that guarantees her work its freshness and depth.”  Flood and Neuenschwander will speak in conversation at the New Museum, this evening, Thursday, June 24th. 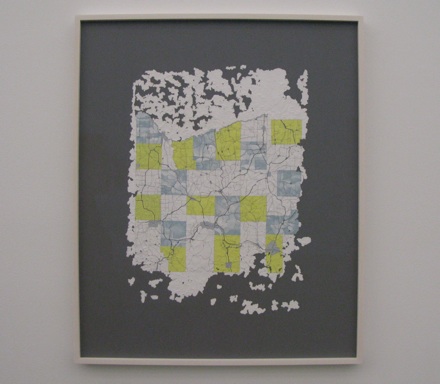 This entry was posted on Thursday, June 24th, 2010 at 5:56 pm and is filed under AO On Site. You can follow any responses to this entry through the RSS 2.0 feed. You can leave a response, or trackback from your own site.