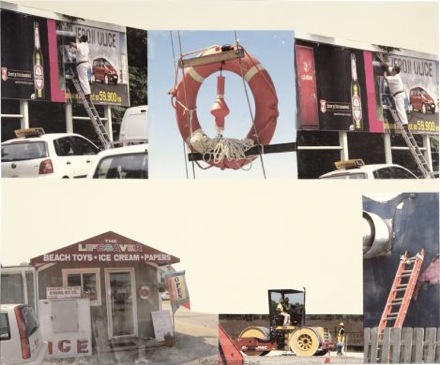 Currently on view at the Galleri Faurschou in Copenhagen is ‘Robert Rauschenberg: Runts’. The exhibition features the last series of collages created by the artist before his death in 2008.  Unlike much his earlier collage works, which were comprised of prints from newspapers and magazines, many of the images in ‘Runts’ draw from Rauschenberg’s own photographs. Many of these photographs were taken in Florida, where Rauschenberg lived for several years. As a result, the series has a highly personal feel that both transcends and enhances the pictures of sunny blue skies and beach paraphernalia featured among the works. 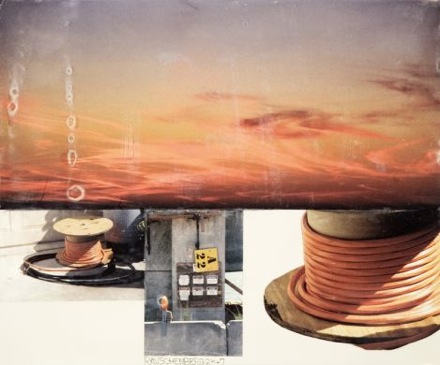 The foundation for these pieces is a simple arrangement of photographs on a light background. Although relatively uncomplicated in terms of composition, each collage achieves a sense of balance through connections of color and theme.  While flashes of red connect the disparate images of a beach shed, buoy, ladder, and billboard advertisements in Reach Beach, orange is the unifying color in the aptly named, Orange Fill.  Such repetitions convey a sense of visual rhythm and balance, and subsequently showcase Rauschenberg’s skill in creating masterful compositions in an oftentimes subtle manner. 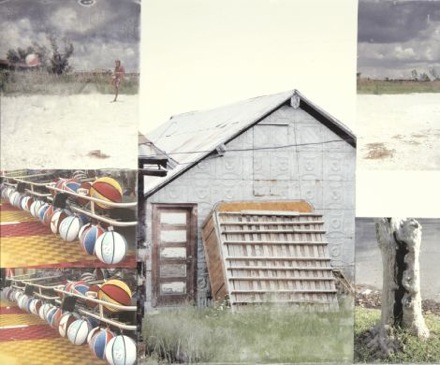 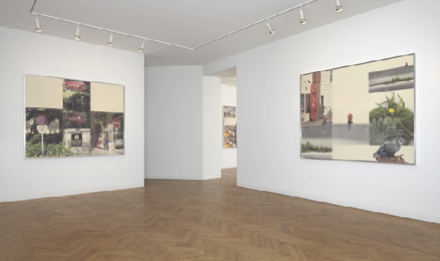 The series is titled ‘Runts’ due to its relatively small scale compared to other works in Rauschenberg’s oeuvre. Although created late in the artist’s life, the series reflects many of the distinctive qualities that typified his work. The medium of these collages, pigment transfer on polylaminate, attests to Rauschenberg’s ongoing interest and continued experimentation with both material and process. Moreover, the combination of the beautiful and the commonplace (be it sunsets or construction materials) speaks to the artist’s ability to elevate every reality to the place of high art. 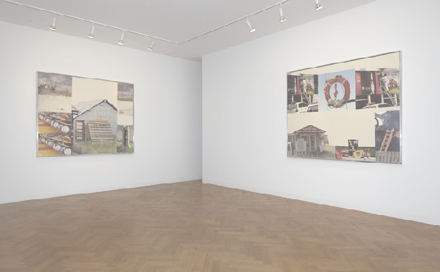 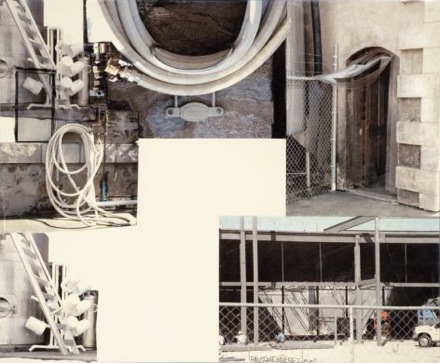 Robert Rauschenberg (1925-2008) was a prominent American artist who marked the transition from Abstract Expressionism to Pop art in the 1950s and 60s.  His earliest works were monochromatic white and black paintings, from which he eventually started to incorporate unconventional materials onto the painted canvas. He is particularly well known for his ‘Combines’, works which combine painting with sculpture and found objects, including quilts, taxidermied animals, and street signs.  During the 1960s Rauschenberg began experimenting with silk screening, and engaged with diverse forms of art including performance and set-design. He was the first American to win the Grand Prize for Painting at the 1964 Venice Biennale. Rauschenberg traveled extensively to collaborate with artists worldwide, eventually establishing the Rauschenberg Overseas Culture Interchange (ROCI) from 1985-1991. 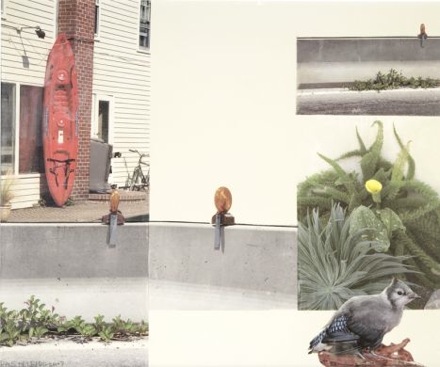 This entry was posted on Friday, June 18th, 2010 at 5:40 pm and is filed under Go See. You can follow any responses to this entry through the RSS 2.0 feed. You can leave a response, or trackback from your own site.