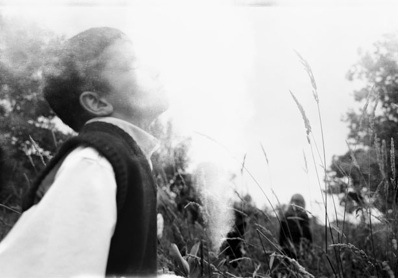 Yvon Lambert, New York, is currently showing their second solo exhibition of the work of Anna Gaskell.  Known for her uneasy, often menacing photographs of young and pubescent girls in ambiguous narratives, this exhibition marks a slight imagistic departure.  Her earlier works referenced Lewis Carroll’s Alice in Wonderland and allusions to the realms of fairy tale and cinema, but are replaced by scenes that are more grounded, casting them in an ominousness potentially intensified by their comparative realism. 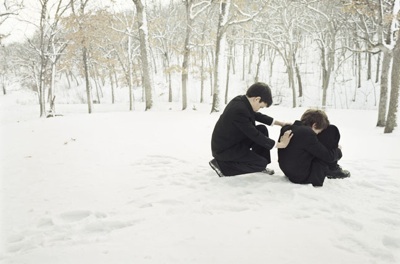 Gaskell’s youths never appear directly in flagrante, but they are not harmless.  Her masterful, cinematic staging imposes on the viewer’s darker assumptions, as images depict boys crouching in the snow, in between push and pull, and domination and support.  Demonstrative of no wrongdoing, they nevertheless engender a thought process for which the viewer must actively invent scenarios of innocence, rather than the everyday sensationalism of other peoples’ malfeasances.  Complicated by the fact that the children pictured are all in grass and nature—indicating a position of leisure, then, for their tended-to manner, hard-bottomed shoes and waistcoats—these images offer a lens onto the perception of visual cues and our pursuant appraisal of one another, ineluctably, instant by instant. 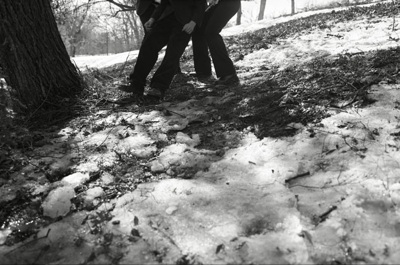 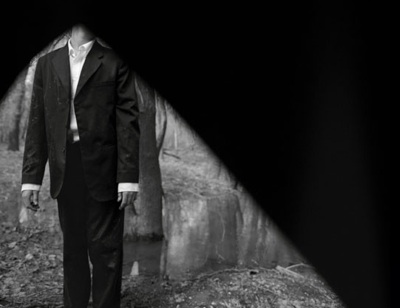 The photographs themselves are large and, in the gallery space, inescapable.  They are hung, not at standardized gallery height, but each with extreme care for the scene’s positioning, in terms of an approaching viewer. 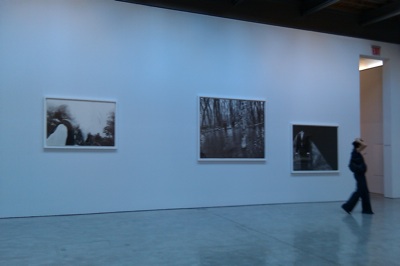 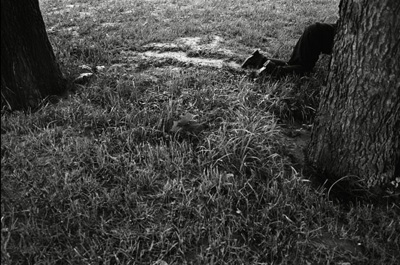 The points of focus draw the viewer to an intimate distance, which then places his or her gaze uncomfortably close, thus implicating him or her in the disquieting scene.  Untitled (turns Gravity) #7 has the viewer—from a line of sight of one shorter than an average adult—edging toward the rear of a child on all fours, while Untitled (turns Gravity) #2 forces the viewer to stand the same, confusing queue with faceless youths extending into the distance, with no explanation as to where or why it begins or ends. 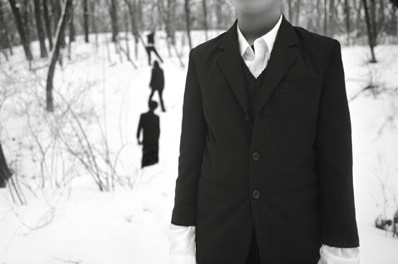 Anna Gaskell, born in Des Moines, Iowa, 1969, earned a B.F.A. from the Art Institute of Chicago in 1992 and an M.F.A from the Yale University School of Art in 1995.  She has shown solo exhibitions at the Box at the Wexner Center for the Arts, Columbus, Ohio, Castello di Rivoli in Turino, Italy, and the Aspen Art Museum, Aspen, Colorado, among others.  Her works are held in the permanent collections of institutions as the Whitney Museum of American Art, New York, the Walker Art Center, Minneapolis, Minnesota, the Museum of Contemporary Art, Los Angeles, Museum Ludwig, Köln, Germany, and the Deste Foundation, Athens.

CATCH eight contemporary films from India and about India from Wednesday to Aug 25 in Singapore.

AFTER its successful debut last year, Indigo – India Film Week is back with the best of contemporary films from India and about India at Golden Village Plaza Singapura cinemas in Singapore.

The festival, which runs from Wednesday to Aug 25, is co- organised by Sangeetha Madhavan, Anand Rego and the Singapore Film Society.

The eight films showcased this year will span art-house and popular independent film genres and will tackle a gamut of themes, from the sociopolitical to the satirical and surreal.

The films are helmed not only by upcoming Indian directors such as Santosh Sivan and Vishal Bhardwaj, but also burgeoning talent from the Indian diaspora worldwide such as British-Asian director Asif Kapadia, whose debut feature film The Warrior, a Japanese folk tale set in Rajasthan, won raves from many quarters.

The festival opens with Bhardwaj’s Maqbool. With just one film to his credit and a superb ensemble of India’s finest actors, Bhardwaj transports Macbeth to a Muslim milieu in Mumbai, “jettisoning Bollywood conventions to make a film that has claustrophobia, menace, drama, a fresh romantic twist and that rarest of Bollywood accomplishments, genuine tragedy.”

Apart from Hindi and English movies, award-winning Tamil and Kannada movies will also be part of the line-up. go to web site indian movies online

Sivan has won over critics and fans not only with his lush cinematography in other directors’ films (Mani Ratnam’s films, Gurinder Chadha’s Bride and Prejudice) but also his own features (The Terrorist, Asoka).

His feature about a child’s awareness and connectedness to the forest is sensitively captured in the Tamil film Malli.

Kannada is the language of Bangalore and the city is shown, warts and all, through the bright-eyed Kyatha in Kavitha Lankesh’s debut feature Deveeri, which has travelled to 18 festivals worldwide.

Then of course, there’s Who Pays the Piper (Jaane Bhi Do Yaaron) which tackles a lot of issues with a barrel of laughs. Considered one of the funniest Indian films ever,the film follows the antics of two bumbling Mumbai tabloid photographers who are trying to solve a murder and uncover nepotism.

This parody of Indian film and folk traditions was made by a young bunch of film enthusiasts, several of whom like Naseeruddin Shah, Om Puri, Pankaj Kapoor, Satish Shah and director Kundan Shah are now established names in the Mumbai film industry.

Updated programme information will be available at www.sfs.org.sg.

Tickets are on sale and can be purchased through the GV Plaza Singapura box office, AXS stations island-wide and at the GV website at www.gv.com.sg

This entry was posted on Thursday, June 17th, 2010 at 12:00 pm and is filed under Go See. You can follow any responses to this entry through the RSS 2.0 feed. You can leave a response, or trackback from your own site.