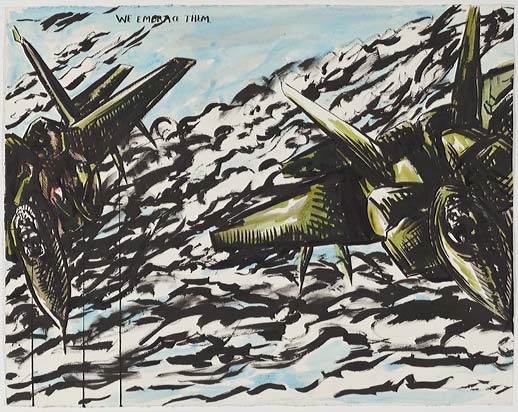 No Title (We embrace them), Raymond Pettibon (2010). All images via Gladstone Gallery

On view at Gladstone Gallery Brussels is a collection of new works on paper by renowned Southern California artist Raymond Pettibon. This exhibition further delves into Pettibon’s fascination with American culture and iconography, with an assortment of drawings executed in his signature style. Combining imagery and text from a wide array of sources, Pettibon has increasingly explored new applications of color and collage, creating densely fragmented scenes that inspect the disjointed and sometimes sinister impulses at work in past and present constructions of Americana. 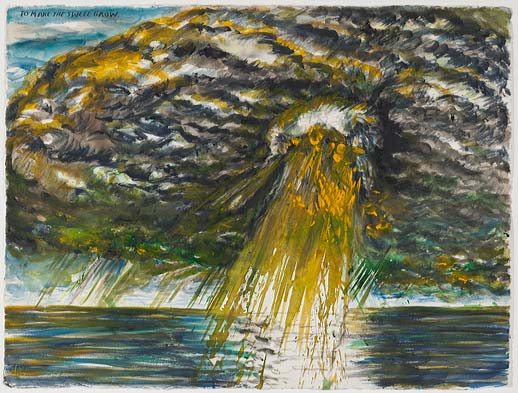 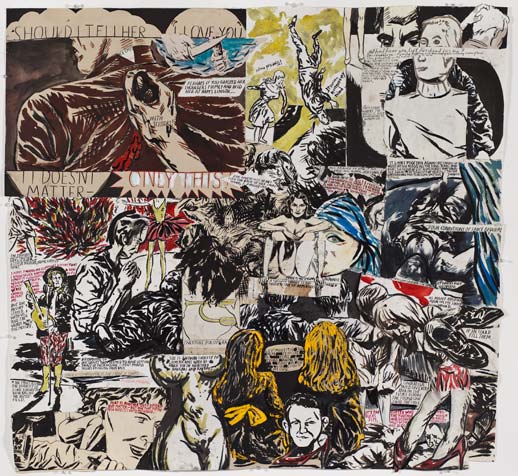 Pettibon, who was closely associated with the band Black Flag, emerged from the Los Angeles punk music scene of the 70’s and 80’s and is now widely considered one of the most admired and successful artists of the past decade. Over his career, he has illustrated concert posters, record labels, zines, animations, films, wall drawings, t-shirts, towels and skateboards, all of this in addition to his prolific output of drawings and works on paper. 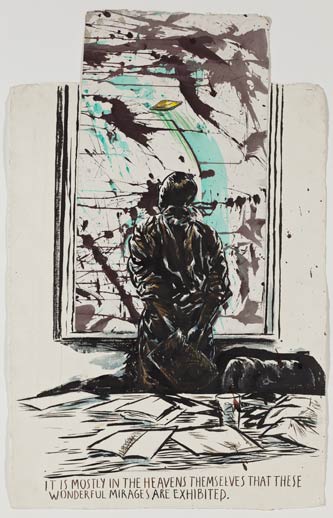 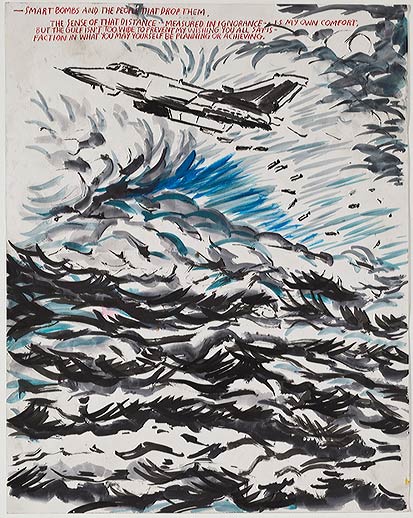 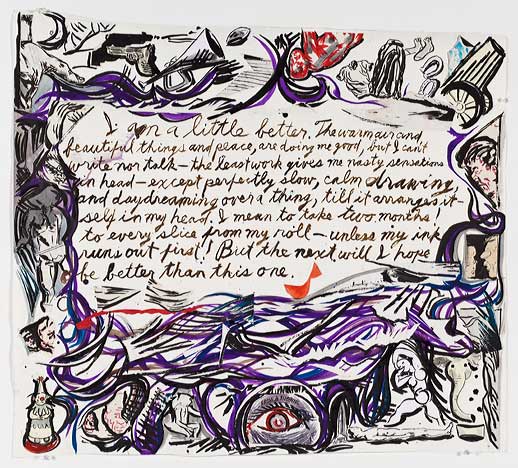 In this most recent show, Pettibon continues to explore ideas of violence and destruction, themes that have pervaded his work from the onset. Mixing together imagery from an ever-expanding repertoire, Pettibon interjects his drawings with characteristically dry and humorous text segments. Sometimes dark, sometimes insightful, and always thought provoking, Pettibon continues to work at the forefront of contemporary American art. Pettibon was the recipient of the 2010 Oskar Kokoschka Prize, and has exhibited his work at the Venice Biennial (2007), and at several Whitney Biennials. He was also featured on the PBS series Art:21, and will be a participant in the 2010 Liverpool Biennial. 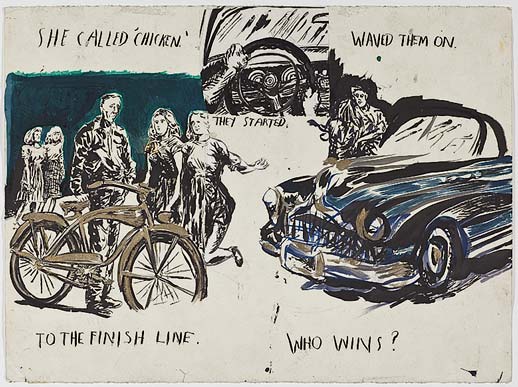 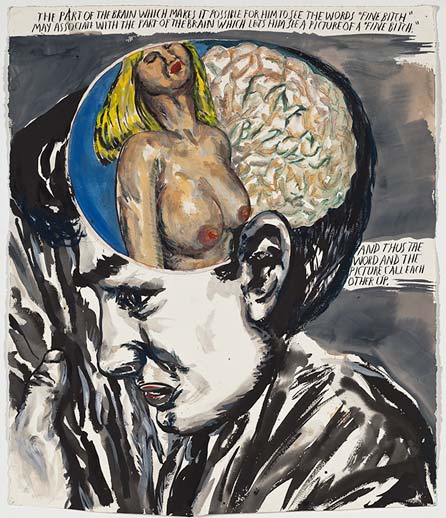 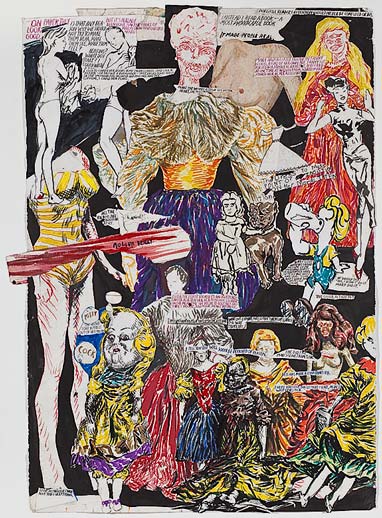 This entry was posted on Sunday, June 13th, 2010 at 1:00 am and is filed under Go See. You can follow any responses to this entry through the RSS 2.0 feed. You can leave a response, or trackback from your own site.