The Philosophy of Andy Warhol (From A to B and Back Again)
(Andy Warhol, 1977)
Read More and Buy↠
Home » GO SEE – NEW YORK: ‘ANDY WARHOL: THE LAST DECADE’ AT THE BROOKLYN MUSEUM THROUGH SEPTEMBER 12, 2010 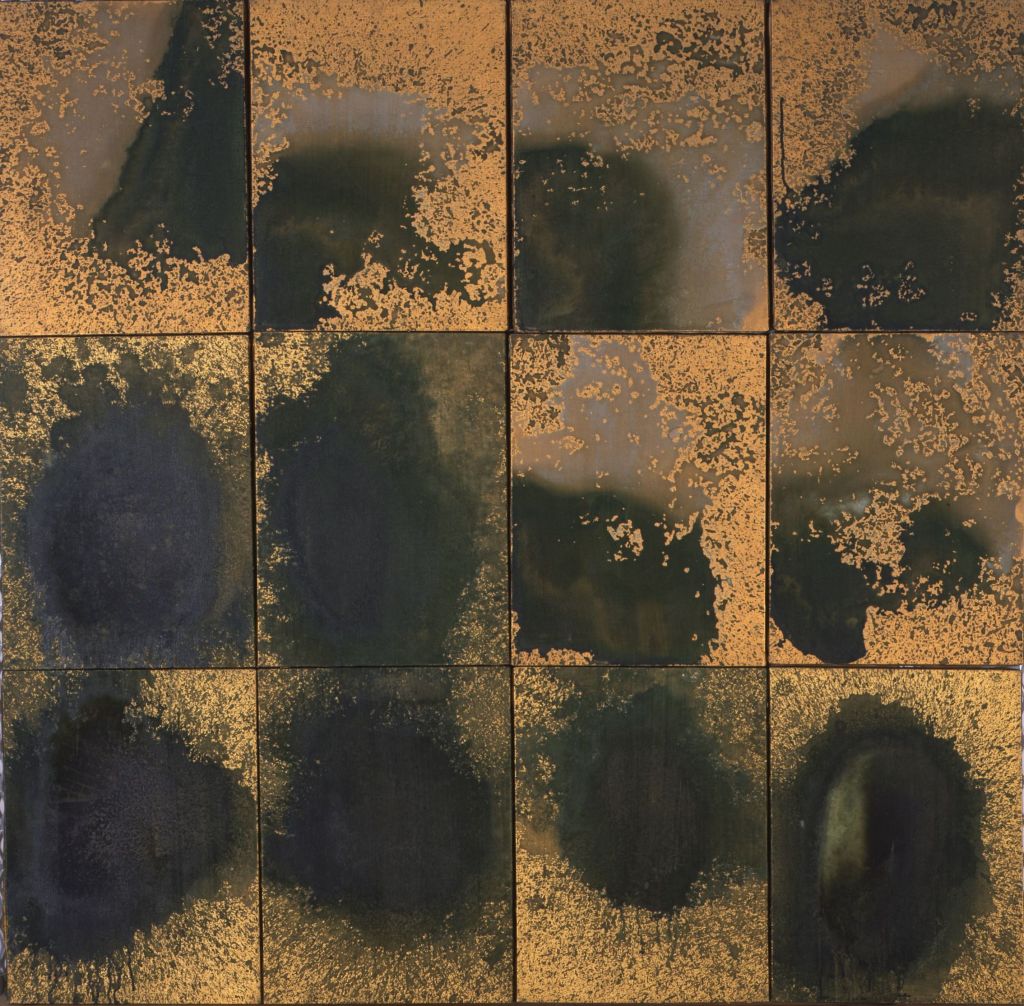 Currently on view at the Brooklyn Museum is ‘Andy Warhol: The Last Decade’, a survey of the artist’s works from the late 1970s until his death in 1987. The exhibition was organized by the Milwaukee Art Museum and its tour schedule includes the Museum of Modern Art, Fort Worth and the Baltimore Museum of Art. Although Warhol is best known for his works from the 60s – soup cans, Marilyn Monroe portraits, and other iconic images that have become symbols of pop culture as a whole – but Warhol’s final decade was his most prolific. The 50 some works included in this show give a broad overview of the variety and scope of these late years. By the end of his career  the art community perceived Warhol as an overly eccentric washed-up artist. Over 20 years later, and with the benefit of hindsight, ‘The Last Decade’ proves that these final years gave rise to works worthy of both appreciation and admiration. 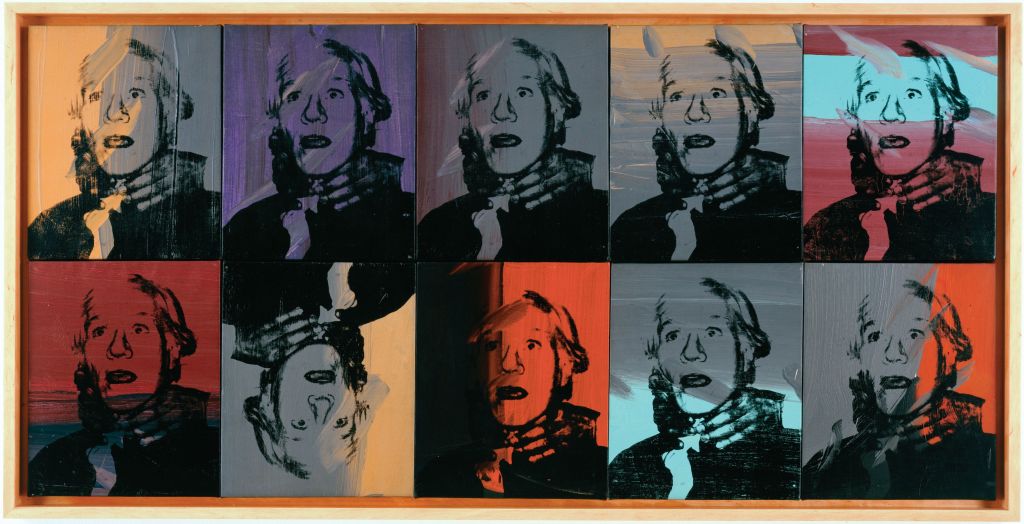 The exhibition is split between two floors.  While the first floor explores Warhol’s foray into the realm of Abstract Expressionism, the fifth floor contains a variety of themes including monumental Rorschach ink blots, colorful deviations in camouflage, and religious subject matter in the Last Supper. The exhibition also explores Warhol’s foray into film and publishing; a few films are on display (including the pilot episode of Andy Warhol’s Fifteen Minutes, which was originally aired on MTV in 1985, and copies of the artist’s Interview magazine are available for perusal. 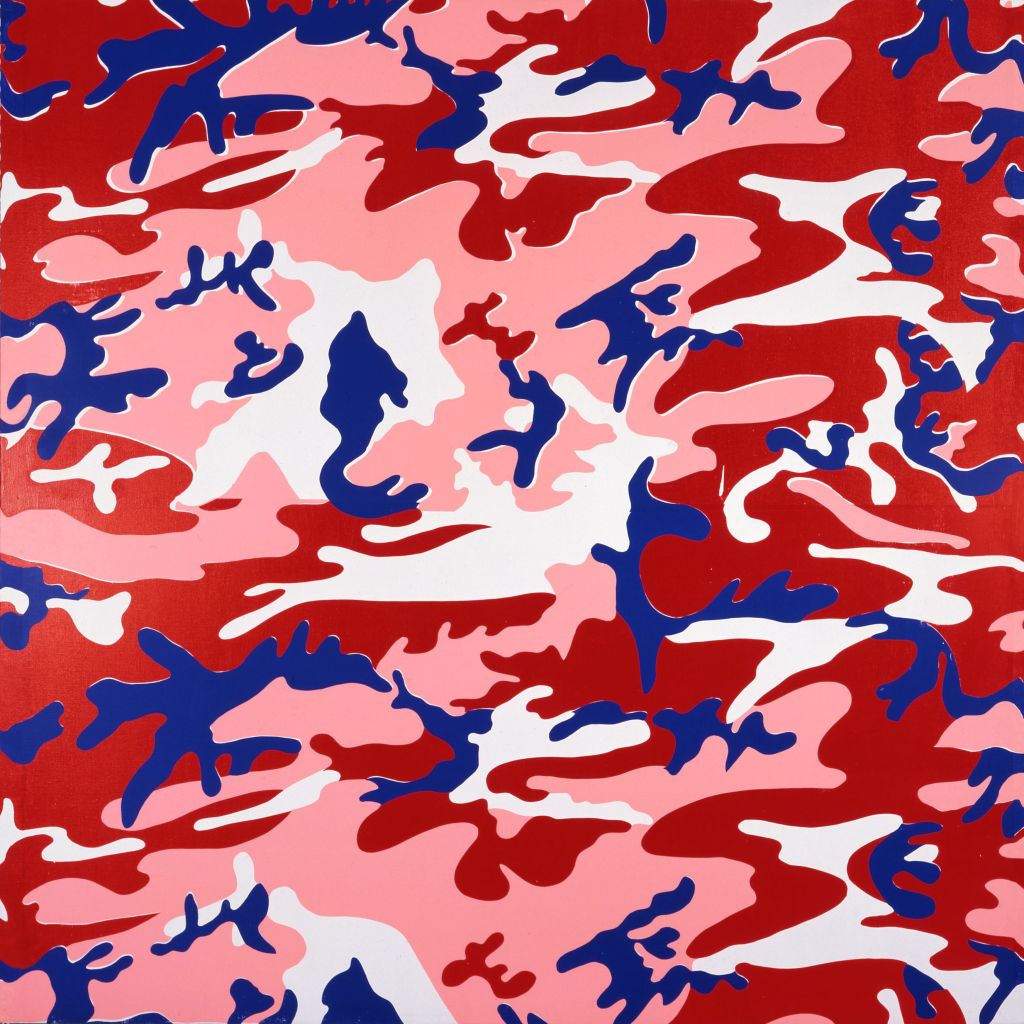 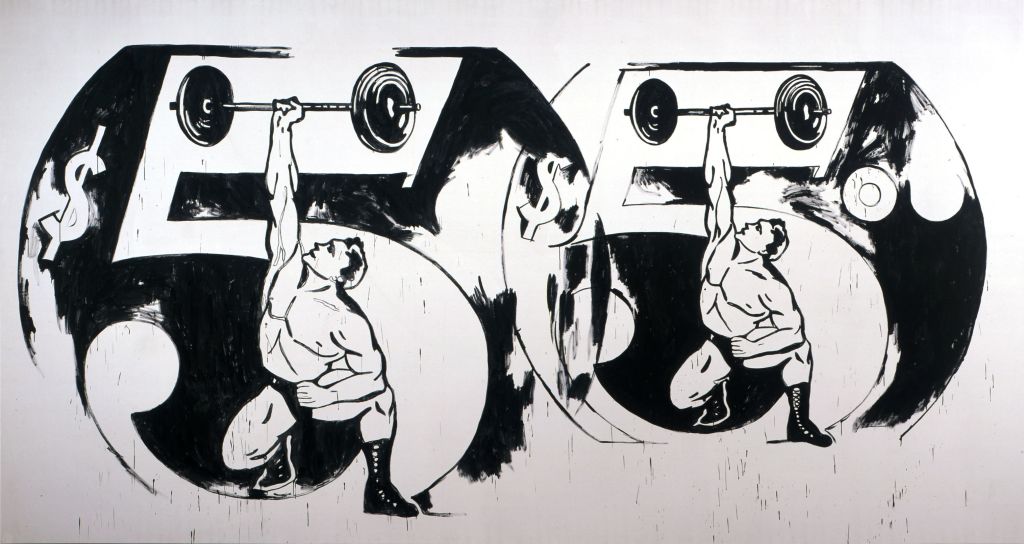 Process is repeatedly emphasized throughout the exhibition. These works were created using a variety of methods and materials, many of which are impossible to determine from pure observation. The Oxidation series is one such example. These “paintings” were created by urinating on a copper canvas. In the same gallery as these urine stained works are the Shadow series. Their elegant lines and sparkling surface reveal an entirely different component – diamond dust. Both of these works speak to Warhol’s interest in Abstraction and his goal to achieve the pure “physical presence” of painting. The union of painting and silkscreen becomes evident in another Shadows painting from 1978-79. It was first painted with a mop to create an impasto surface, followed by the application of  silkscreened photographs of shadows from objects found in Warhol’s studio. 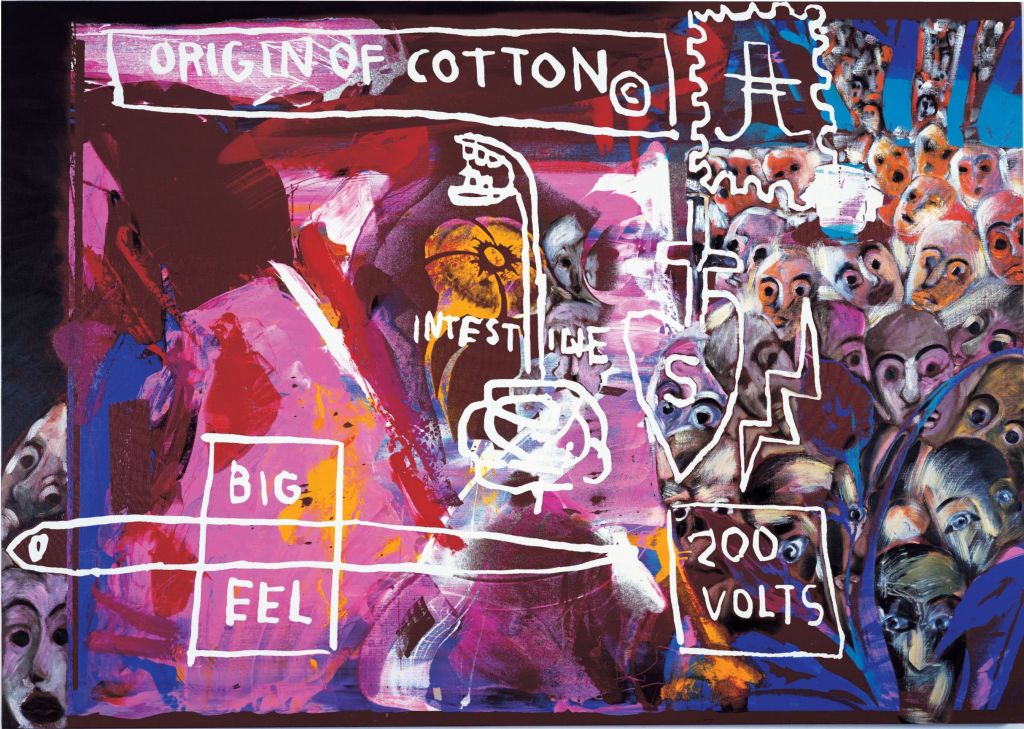 Influence and collaboration form two of the primary narratives of ‘The Last Decade’. The Yarn works evoke the drip paintings of Jackson Pollock, while The Last Supper is a direct reinterpretation of Leonardo da Vinci’s classic fresco of the same title. In his last decade Warhol frequently collaborated with younger artists engaging in the Neo-Expressionism movement such as Jean-Michel Basquiat. Origin of Cotton is an example of such collaboration as it was created by Warhol, Basquiat and Francesco Clemente. In addition to borrowing elements of style and technique, Warhol frequently solicited those around him for ideas. As such, the enormous Rorschach paintings were the brain child of Warhol’s studio assistant, Jay Shriver. 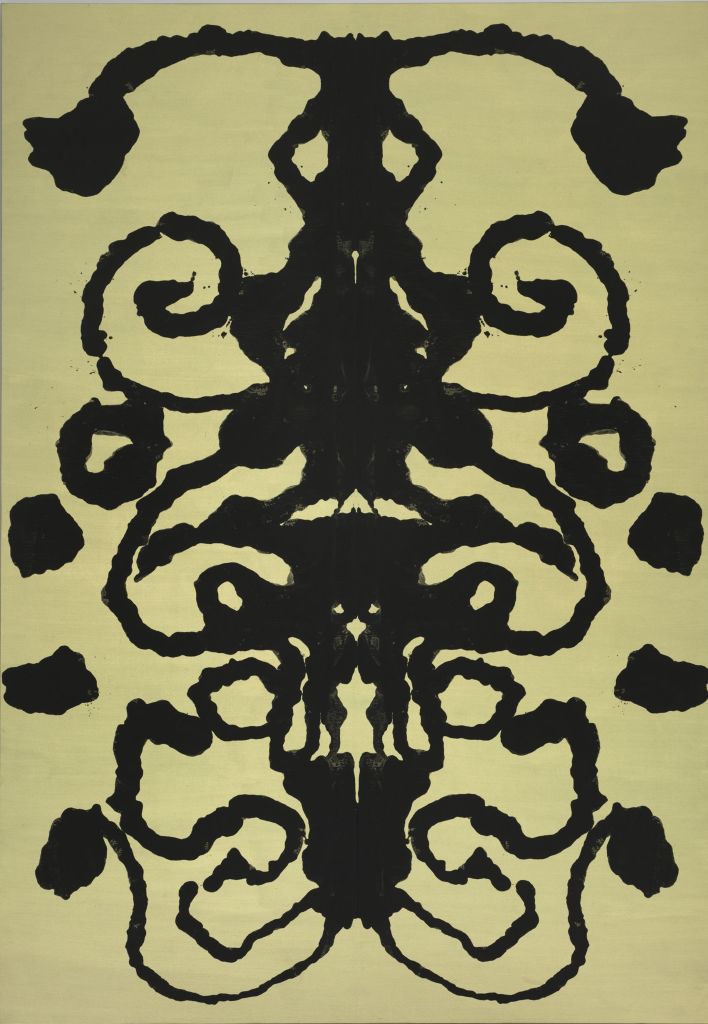 Andy Warhol (1928-1987) was born in Pittsburgh, Pennsylvania, and studied commercial art in Pittsburgh at the School of Fine Arts at what is now Carnegie Mellon University. Starting from a career in magazine and advertisement illustrating, Warhol moved into pop art and first made his mark on the art scene with paintings of iconic American products and celebrities. During the 60s his New York Studio was known as the Factory, and became a magnet for artsy people and a crew of individuals deemed ‘Warhol’s Superstars’. After an attempted assassination in 1968, Warhol shifted his focus towards a more entrepreneurial track throughout the 70s and 80s. The artist died on February 22, 1987 due to complications from a routine gall bladder operation.  Following his death the Andy Warhol Museum was established in his hometown of Pittsburgh. In the Spring of 2010 a Warhol Self-Portrait from 1986 sold for a record 32.6 million at auction, thus further establishing the strength and allure of Warhol’s late works. 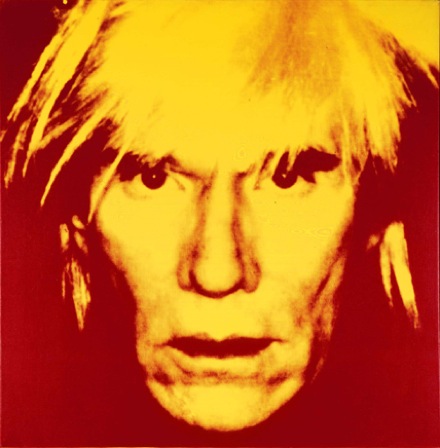 This entry was posted on Wednesday, June 30th, 2010 at 1:00 am and is filed under Go See. You can follow any responses to this entry through the RSS 2.0 feed. You can leave a response, or trackback from your own site.

One Response to “GO SEE – NEW YORK: ‘ANDY WARHOL: THE LAST DECADE’ AT THE BROOKLYN MUSEUM THROUGH SEPTEMBER 12, 2010”