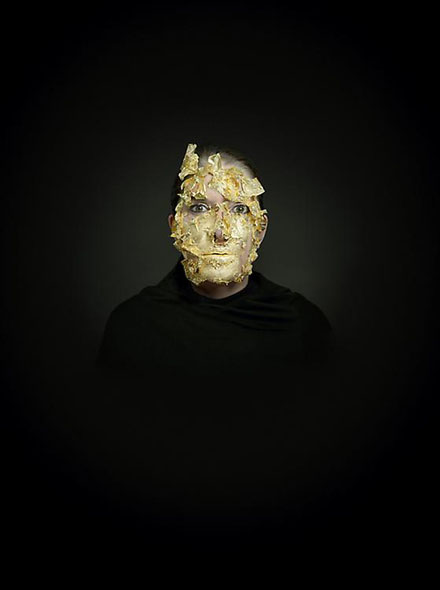 Portrait with a Golden Mask, Marina Abramovic (2010) All images via Sean Kelly Gallery.

Currently on view at Sean Kelly Gallery is “Marina Abramovic: Personal Archaeology.”  While the Abramovic retrospective at MoMA recently ended, this show continues until mid-June. Compared with MoMA, the relatively smaller space and the less crowded galleries at Sean Kelly Gallery gives the viewer a chance to engage with Abramovic’s work in a more intimate setting. Personal Archaelogy presents many of the iconic works of this seminal performance artist from the 1970s up until the present day. 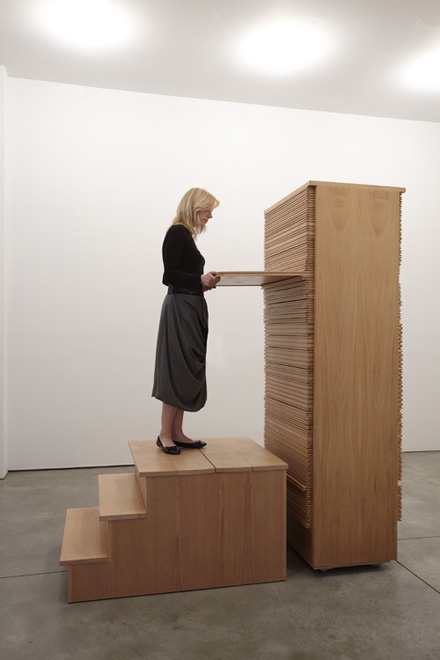 The first work exhibited at the gallery entrance is Private Archaeology, a large cabinet filled with photographs, text, artifacts, and objects. Visitors are invited to open the many cabinet drawers and investigate the contents. While some drawers speak directly to Abramovic’s earlier art pieces, others present relics from the past or objects from various cultures worldwide. The contents of the cabinet act as mementos of Abramovic’s career, life, and influences, and her handwritten notes further contribute to the highly personal feel of this work. This is the first time this work has been on view in the United States. Given its intimate and investigative quality, Private Archeology is a fitting starting point for the rest of the exhibition. 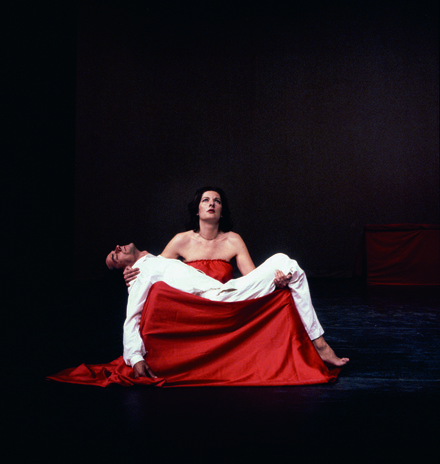 Portrait with a Golden Mask marks the riveting entry to the largest gallery space.  From afar it appears to be a photograph of the artist’s face, emerging from darkness, and covered in gold leaf foil. In reality, it is a video.  Abramovic’s face remains unmoved while the gold leaf flutters as if caught in the wind. The piece has a strangely mesmerizing quality which compels the viewer to draw in closer. 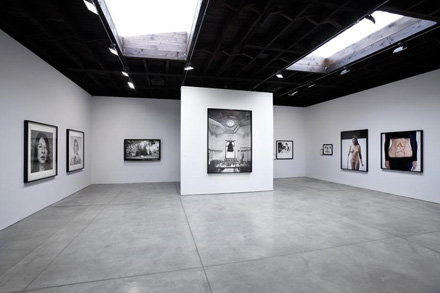 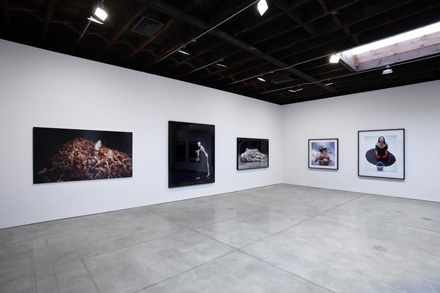 The space in the main gallery allows for comparisons between the artist’s early works and those produced within the past few years. It is particularly interesting to contrast works which glorify self-inflicted pain, such as Lips of Thomas (originally performed in 1975) with a vision of Abramovic peacefully sleeping beneath a large Banyan tree as shown in the video, Sleeping Under the Banyan Tree, created in 2010. 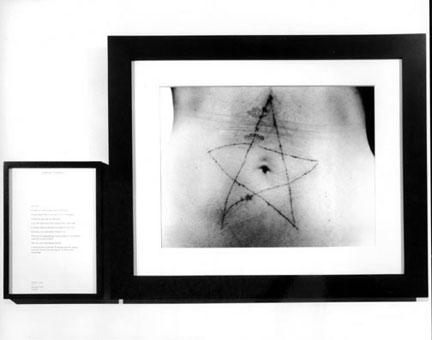 While Abramovic is best known for her performance pieces, Personal Archaeology relies mainly on photographic documentation to recall these works. Three photographs of Lips of Thomas capture past performances of the same work, from 1975, 1997, and 2005. During this physically tortuous performance Abramovic carves a five pointed star into her stomach. Amid the  fresh bloody lines delineating the star, one can see the scars of stars past still marking Abramovic’s skin.  Photographs such as these serve as a reminder of Abramovic’s lengthy artistic career as well as her extreme stamina and strength as a human being. 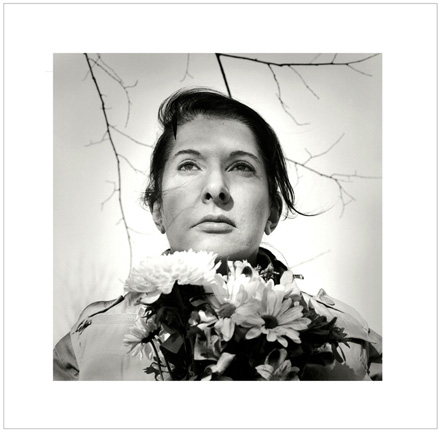 Marina Abramovic was born in 1946 in Belgrade, Yugoslavia. She is the self-described “grandmother of performance art” and has been actively pushing the limits of art and her own body since the early 1970s. She is the 1997 Venice Biennale recipient of the Golden Lion for Best Artist for the piece, Balkan Baroque. Her works are contained in many museum collections including the Museum of Modern Art, New York, the Solomon R. Guggenheim, New York, Centre Georges Pompidou, Paris, and the Tate Modern, London.  While Abramovic has been the featured in many solo exhibitions, she was most recently the subject of  MoMA’s first ever retrospective of a performance artist.  The retrospective took place from March 14-May 31 2010 and elicited great public response.

This entry was posted on Tuesday, June 8th, 2010 at 1:00 am and is filed under Go See. You can follow any responses to this entry through the RSS 2.0 feed. You can leave a response, or trackback from your own site.