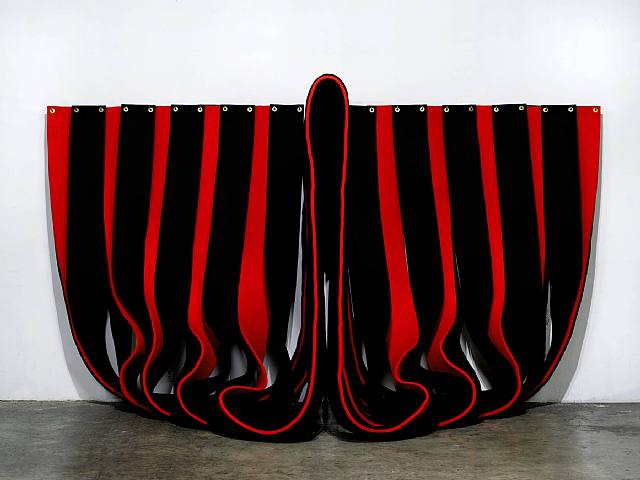 Currently on display at Sonnabend Gallery are works by Robert Morris.  These include for the most part reiterations of works he has explored at various points in his career, such as the Felt Pieces, which he began making in 1967, and the Blind Time drawings, which he executes blindfolded following certain self-imposed rules, and which he began making in 1973.  Two films, Neo-Classic and Slow Motion, made in 1971 and 1969 respectively, are also on display.  Morris played an important role in defining the principles of Minimalism, a practical field which he also endued with a new softness and sensuousness, most notably with these works in felt. 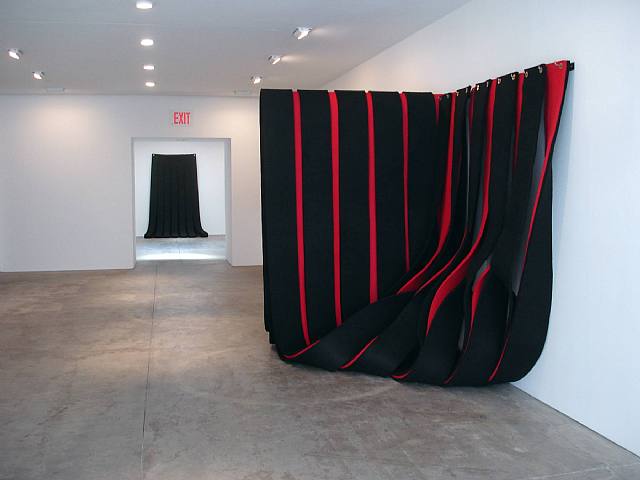 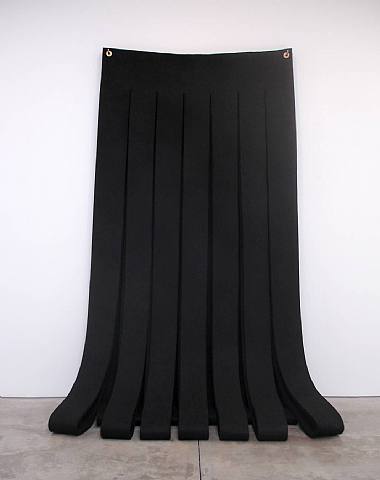 In the Felt Pieces, Morris subjects a piece of heavy industrial felt to a series of simple procedures: parallel slicing, followed by hanging, piling and tangling.  Despite their solidity and durability, these are ephemeral works, as they can never be installed in the same way twice – Morris embraced the element of chance and unpredictability.  Also important to Morris was the idea that art is a record of a performance.  In each Felt Piece, the process of its making is highlighted, so that the performance of attaching the heavy material to the wall and letting it fall as it may, confronting gravity, is easily distinguishable. 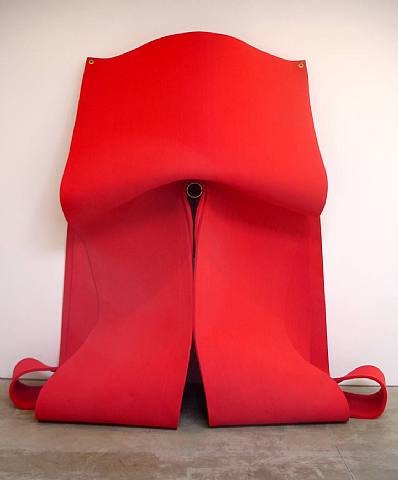 Morris’ first Felt Pieces were entirely in gray felt; Morris later added black and red to his work, after he abandoned the conviction that neutral colors allow the viewer to focus more intently on the physical qualities of the work.  Indeed, in Morris’ theoretical texts, he highlights that new sculptures, as literal objects, should heighten the viewer’s awareness of the physicality of the work.  Felt lends itself well to this goal: it has a certain formal elegance and an almost tactile appeal rarely found in Minimalist works. 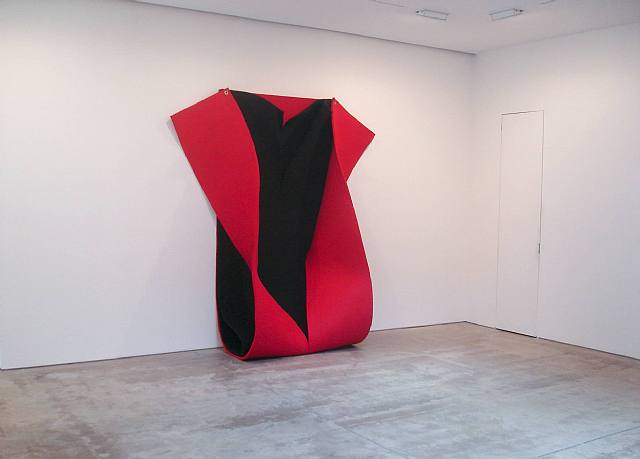 Morris established the process of creating “Blind Time” drawings in 1973, and has been returning to it periodically ever since: while blindfolded, he smears powdered graphite and pigment onto paper.  The rules he follows are explained in a hand-written text at the bottom of each drawing; these even include what Morris commanded himself to think about as he works, which all pertain to the military aggression in the Middle East.  In spite of, or perhaps because of, his sightlessness, Morris creates haunting images.

Finally, this exhibit also includes two films made by  Morris in the late ’60s and early ’70s, when he was at the peak of his career.  Neo Classic (1971) documents Morris’ solo exhibit at London’s Tate Gallery: a nude model slowly and meditatively physically interacts with the sculptures on display, illustrating Morris’ alternative conception of the museum and of the artworks’ engagement with the viewer.  Slow Motion is a reminder that Morris was also a pioneer in the field of video art: it shows a muscular male torso pressing against a sheet of glass, following instructions given to him by Morris over the telephone.

This entry was posted on Monday, June 21st, 2010 at 1:00 am and is filed under Go See. You can follow any responses to this entry through the RSS 2.0 feed. You can leave a response, or trackback from your own site.