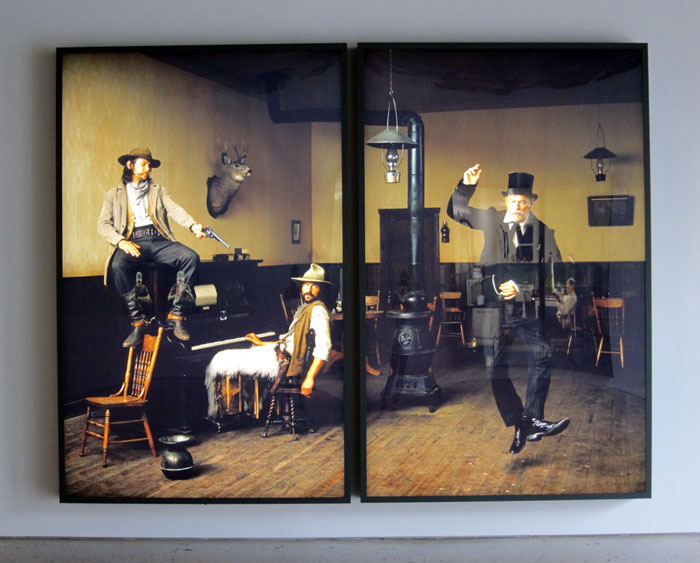 Last week “Music and Dance,” a new series by Rodney Graham, opened at 303 Gallery. Art Observed was on site at the show, which presents a series of lightboxes depicting scenes of archetypes and activity.  Each work encapsulates a disconnection from the very object it is depicting, thereby questioning the status of the object. 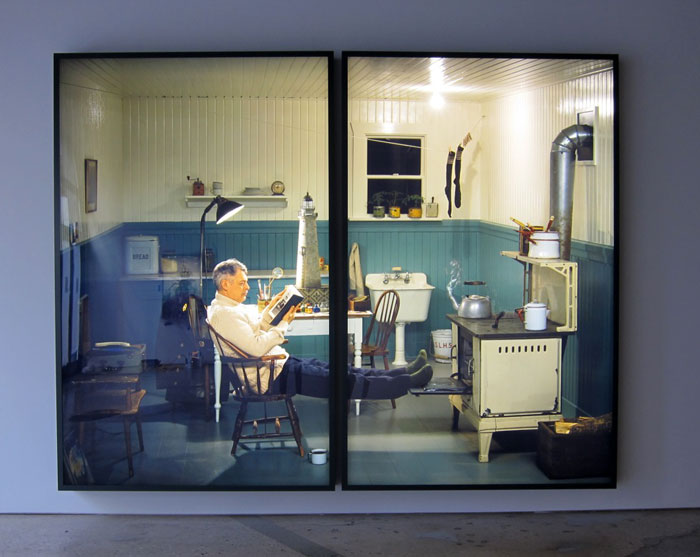 The series of disconnections almost seem never-ending: presented are the lightboxes, which present a scene, that presents an archetype as it has been shaped by its medium (theater, dance, etc), that in turn (as is its nature) is a symbol for the events it seeks to unify.  This cycle, adapted for the show, has the show’s artist throughout: Graham inserts his own figure in each of the lightboxes. In other words, the displacement of lightbox, scene, and archetype from the singular experience it represents ask a series of questions. Where is the object, Graham asks, and where is the artist? He inserts himself into the work, so is he now present in the scene, archetype, and experience if those things are also present in the lightbox? By taking control of the scene, does he insert himself into the experience? Can the lightbox be accurate, that is, relative to the experience? How do art, artist, and object interact? 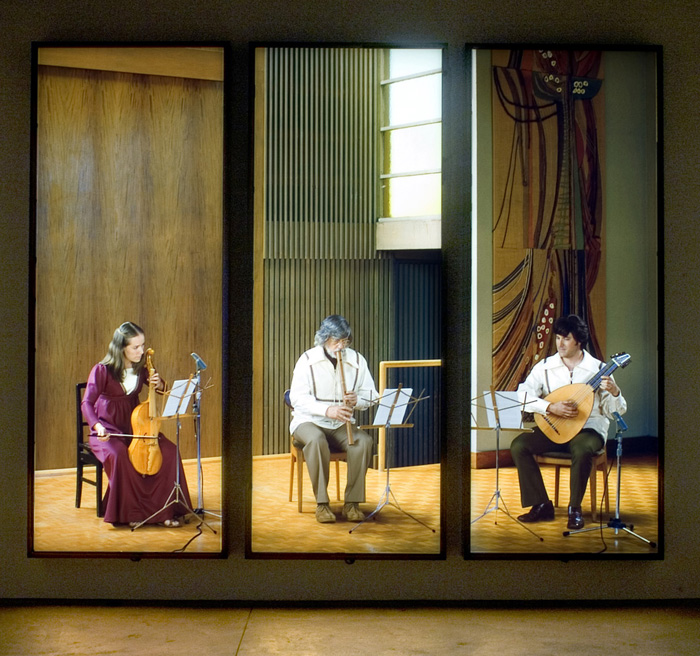 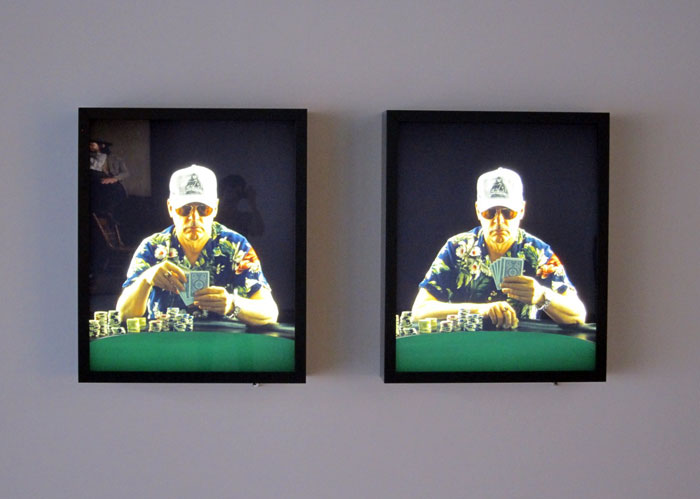 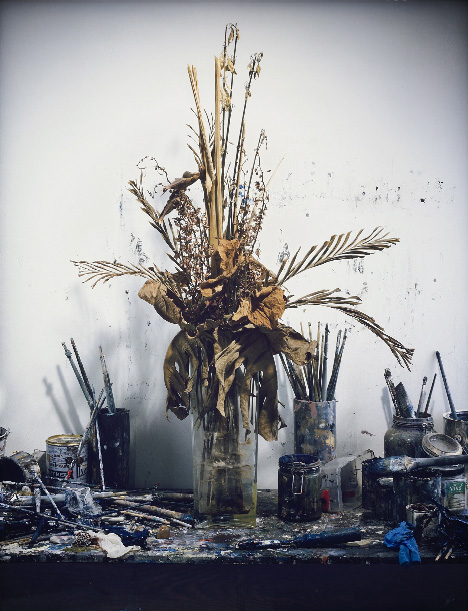 Born in 1949 in Vancouver, Canada, Rodney Graham has had shows galleries and museums around the world. Institutions that have recently hosted his work include ICA London; Berlin’s Johnen Galerie; LA’s Museum of Contemporary Art; Galerie Hauser and Wirth Zurich; MoMA, New York; Kunsthalle Vienna; London’s Lisson Gallery; and more.  This is Graham’s sixth exhibition at 303 Gallery, which represents him.

This entry was posted on Wednesday, June 16th, 2010 at 1:00 am and is filed under Go See. You can follow any responses to this entry through the RSS 2.0 feed. You can leave a response, or trackback from your own site.